This is from a GP I know and is not the rumour mongering type.

Just finished attending a web seminar on Covid19 for 800 Spore doctors.
Very depressing.
55% to 70% of Covid19 infected are asymtomatic or have minimal symptoms, but can shed the virus for up to 4 weeks.
So it means the 'circuit breaker' or even more drastic measures will extend to 6 weeks or even 8 weeks.
Latest large scale study, just released 15min ago, shows that hydroxychloroquine has no positive effect in treatment.
So mask up everybody everywhere you go and stay at home.
Click to expand...

araberuni said:
Calm down buddy. If Russian Su-35 are that good it should have shot down few Israeli and Turkish F-16. The S-400 is advertised to shoot down F-35 so far proved nothing. IDF disclosed flight path of F-35 over S-400. Well S-400 was sleeping.
Click to expand...

What you've written is so incorrect and unfounded I don't even know where to begin.
D

Sarsılmaz shared new information and images of 7,62×51 mm diameter SAR 240 and 12,7×99 diameter SAR 127, both of which were manufactured through domestic resources. Exhibiting the first prototypes of the guns within a short span of time after R&D activities, Sarsılmaz has proceeded to the test phase. Meanwhile, the company accelerated its infrastructure works to commence mass production of the guns.

Registered Member
Turkey Begins To Use UAV for Forest Fires

“For the first time, we will use UAVs to detect forest fires in this year” said Minister Pakdemirli.

In a written statement, Minister of Agriculture and Forestry announced 3 fundamental strategies for fire fighting, stating “First strategy is prevention, namely providing fire prevention trainings to raise awaraness. We shall remember that of all, 88% of the forest fires are human-induced ve to reduce this ratio, we must ensure training, awareness and attention.”

According to the statement by the Minister, the second strategy is prevention, this time for early detection, rapid and effective intervention. Pakdemirli said, “This year we will make the most of UAVs in fire detection. We monitor our forests through 776 fire lookout towers around the country. Thus, we are immediately alerted in case of fire and promptly respond to the fires with the help of our first response team deployed in 1,140 posts, which has resulted in reducing first time response to 12 minutes.”

Emphasizing that the final strategy is based on rehabilitation, that is, reforestating areas that are burnt, Pakdemir also added, “We reforest burnt areas in the first reforestation season, which is in the same year as the fire happened. In accordance with the Constitution, we grant no permission to use of these areas for other purposes. While reforesting, we are also attentive to the protection of original tree species.”

President of Defense Industries, Prof. Dr. İsmail Demir stated an agreement on cooperation was signed between Turkish Aerospace Industries (TAI), running the development and production of the National Aircraft Combat, and HAVELSAN.

In the statement, President Demir also pointed out that they implemented the measures for the fight against Covid-19 at the highest level, now continuing to work on the development of National Combat Aircraft without taking any moment to pause. “ TAI and HAVELSAN will embark upon a number of things, from software development to training and maintenance simulators. When the project is finalized, Turkey will be one of 5 countries in posssession of the infrastructure and technology to produce a 5th generation combat aircraft, with other countries being USA, Russia and China.” İsmail Demir said.

The agreement on cooperation between TAI and HAVELSAN encompasses some provisions for Embedded Training/Simulation, Training and Maintenance Simulators and a range of other engineering supports (Virtual Test Environment, project-level software development and cyber security).

I guess it's time to kick the ramp out of her: 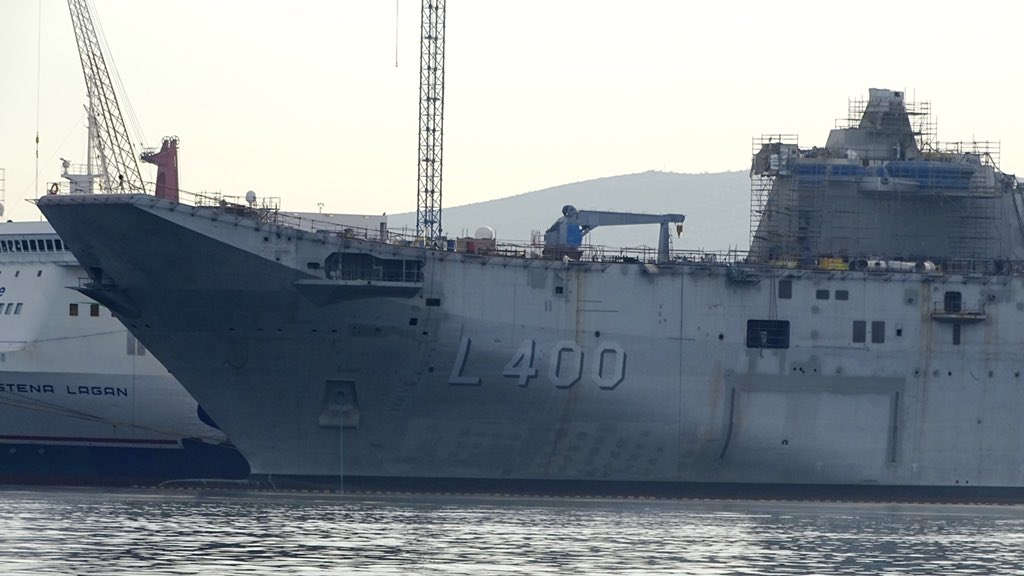 Back to the Future: Autonomous Technology

Autonomous systems are an integral part of warfare and used for multiple roles during or prior to an operation. An autonomous aerial vehicle is capable of collecting intelligence, surveillance or reconnaissance. Even opted by non- state actors, UAVs have been presumed to lack the tenacity humans possess. Unreliable as UAVs are said to be, there have hitherto been a variety of trials to make them a platform that can match wits with humans, reaping the fruits of AI-powered systems in order to lower the burden and risks of using humans in the field.

There are three groups of UAVs categorized by STM, a leading Turkish defense industry company.


Levels of Autonomy
According to NATO, levels of autonomy of UAVs are categorized as:

Level 4: Autonomous learning system with the ability to modify rules defining behaviours – Behaviour depends upon a set of rules that can be modified for continuously improving goal directed reactions and behaviours within an overarching set of inviolate rules/behaviours.

In operating UAVs, the duration of OODA -the loop of orient, observe, decide and act- loop sets the level an operator may partake in. Level of autonomy is measured by the moment ‘the button’ is pushed.

The news was shared by Gürcan Okumuş, SAGE Institute Manager via Twitter:

Placing the emphasis on the fact that Turkey is capable of integrating indigenous ammunition via indigenous softwares into its UAVs, Okumuş stated, “This capability will be a force multiplier in the field.”

Soon, ANKA+ and AKSUNGUR will be involved in the inventory of security forces.

ANKA+, which is a developed version of ANKA, has been evolved to have a higher capacity of carrying weapons, through its upgraded capacity of payloads. AKSUNGUR UAV has a payload capacity of 750 kg. After the integration of HGK and KGK has been completed, the UAVs’ capabilities will be boosted in the field. The effectiveness of the UAVs are estimated to be bolstered upon AKSUNGUR in the inventory.

KGK developed by TÜBİTAK SAGE and manufactured by Kale Group provides a high precision strike capability within a range of up to 37 km when released at low altitude and 111 km at high altitude, depending upon the carrier platform. 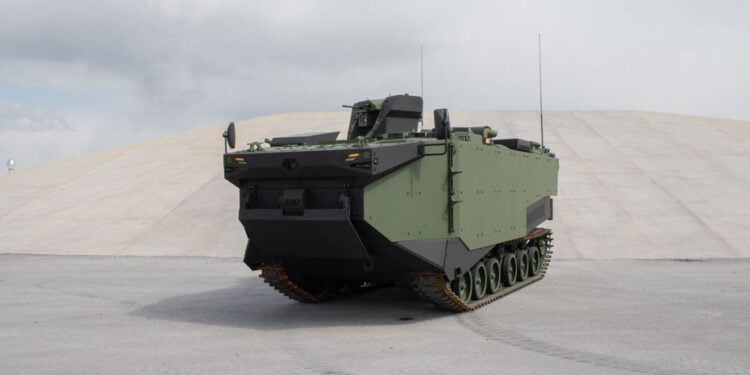 MAV, During the beach landing phase of an amphibious operation, these vehicles are launched from landing helicopter docks (LHD) and are able to rapidly cover the distance between the vessel and shore, allowing marine units to land under armor protection with the minimum delay. Once on land, they are able to operate alongside with other armored vehicles.