Just goes to show that modern SAM systems are usually hyped. They're dangerous for 4th gen aircraft, but 5th gen isn't a requirement for SEAD/DEAD. If the aggressor possesses UCAV and Cruise Missile capabilities en masse, they can be handled. The Tomahawk attack on Syria which bypassed S-400s should've been a huge wake up call (Russian claims notwithstanding.) And these are all still subsonic threats... supersonics are much harder to defend against, let alone hypersonics.
B 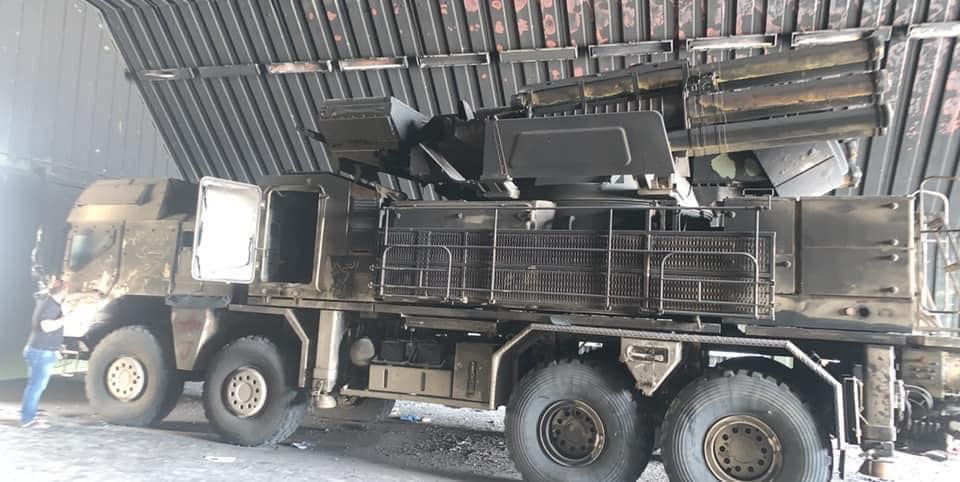 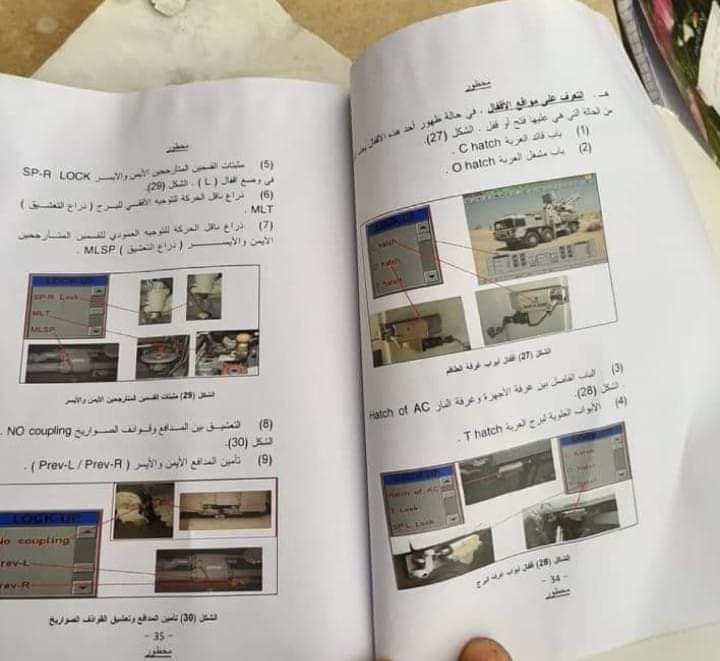 Registered Member
That "manual" could certainly explain a lot about why so many Pantsirs are getting splashed in Libya (because it sure doesn't seem to be explaining a lot about the Pantsir, consisting as it does mostly of amateur photos for illustrations and precious little text!).

As I've pointed out before, UAV targeting footage provides only an incomplete view of the story because it lacks context - was the hit that destroyed the AD system the first attempt or was it happily knocking down attackers until it simply ran out of ammo, for example? Yet, some common themes with these videos had me wondering, one of them being that in the majority of cases the Pantsirs were not operating at the time of their destruction. Better yet, many were clearly parked up, sometimes actually inside shelters and even in those instances where they were out and about the search radar was generally stowed.

Now, Pantsir is of course a superb point-defence ADS, but as the successor to the Cold War Tunguska one of its selling points is the ability to fire on the move and give protective cover to vehicle columns while underway. So instead of being a recipient of air strikes, it should have been *preventing* them (to be fair, Turkey did lose a fair few UAVs in Libya and Pantsir likely accounts for a good portion of them)! And why do we keep seeing them get driven from place to place on semi-trailers - it can move under its own power just fine, and with a modern wheeled truck as the platform it shouldn't cost an arm and a leg to do so? I mean, it sure isn't going to burn more fuel than a tired old commercial truck towing the Pantsir's dead weight plus that of the trailer! Similarly, wear and tear on the platform and the road surfaces will be nowhere near as bad a concern as with a tracked vehicle (like Tunguska used to be).

It appears the UAE simply plonked a handful of Pantsirs in the LNA's lap, gave them a hastily put-together Powerpoint user's guide (manual is definitely too strong a term, if that photo is any indication!) and told them to have fun. Irregulars operating a high-tech ADS without proper instruction - what could possibly go wrong? Turkey on the other hand had the benefit of not needing to put the UAV operator crews in the line of fire, so could afford to have its own, highly-trained personnel fly them.
Last edited: May 20, 2020
T

Registered Member
To maybe amplify the reason for my conclusion that the "manual" is an unofficial effort, I actually have handbooks for several Russian AD systems on my HD (including, it so happens, the Tunguska). They are nothing like this - far more text-heavy and the illustrations are predominantly proper technical diagrams and schematics.

Here's a fairly representative page from the Tunguska doc:

Registered Member
First of I Class (Istif), TCG Istanbul will be launched by the end of 2020

STM General Director Murat İkinci, who spoke at the panel held online and live by STM ThinkTech, made very important statements regarding the
Please, Log in or Register to view URLs content!
Project.

“Particularly, I would like to touch upon I class. As you are also aware of, I class frigate is platform with about 15 m long version of MILGEM Project and highly important weapon systems mounted atop it. As you know, , the first 4 ships of the MILGEM Project were succesfully delivered to Turkish Armed and Naval Forces and are currently in service in a number of places, with East Mediterranean being in the first place, which is a glad news for our defense industry as the MILGEM Project is a project that came to light in cooperation with STM and ASELSAN, ROKETSAN, HAVELSAN as well as many other small-scale subcompanies and a good example to display the level where Turkish defense industry has reached” said Murat İkinci.

“From now onwards, the 4 ships, which are a follow-up of the MILGEM Project will not be produced as corvettes. Instead, they will be in the form of I class frigates and manufactured so. The construction of the ship as the first version of I class still continues to be produced in Naval Forces shipyard run Istanbul Naval Shipyard Command in the charge of STM as the prime contractor and with the participation of a number of companies.”

“There is no flaw or delay here. On the contrary, considering the situation in East Mediterranean, we exert every effort to deliver the I class frigate to the Armed Forces before the scheduled date.”

“Our plan is that by the end of 2020, the I class frigate will be launched. I hope that following the equipping of the shit once launched, it will be successfully delivered to the Armed Forces.” 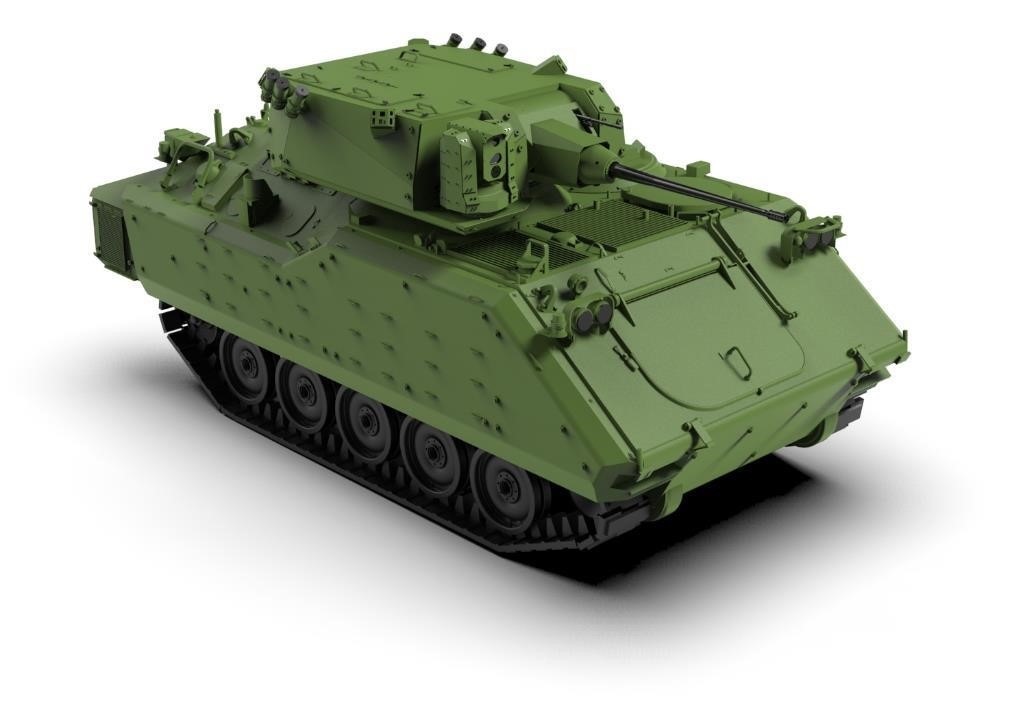 While carrying out a number of projects to satisfy the current needs of Turkish Armed Forces, ASELSAN, which is the locomotive of Turkish defense industry, also prepares for the future of the Force.

Discerning the needs of combat environment in advance as well as swiftly responding to the current combat environment ASELSAN had exhibited the preliminary example of this during the Operation Euphrates Shield. Based on the package created for the Leopard 2 NG Project, ASELSAN presented a quick solution in order for M60T tanks to adatp to asymmetrical combat environment.

During the operations in Syria, it was noticed that apart from the tanks in the TAF inventory, ACV-15 Armoured Combat Vehicle (ACV) should be modernized. Considering the importance of this need, ASELSAN as the prime contractor and FNSS as the subcontractor signed an agreement.

Well that settles it, if Turkish warships are already actively participating in the Libyan civil war, then it is almost all but guaranteed that Turkish ground personal are also among the Turkish supported militants, perhaps even actively assisting or operating weapon systems like drones.

In a fight between professional soldiers and semi professional militants who had been exhausted from nearly 7 years of conflict, there is really no contest.
D One of the prominent defense industry companies of Turkey and also supporters of Defence Turk, ASELSAN carries out works on smart ammunition for tanks and armoured vehicles.