sequ said:
Rumors say that a number of Anka's (6) will be exported to Kazachstan.
Click to expand...


Export of 3 ANKA UAVs from TAI to Kazakhstan.

Turkish Aerospace Industries Inc. (TUSAŞ) exported the first national, original and locally designed platform aircraft to Tunisia in December last year with the sale of 3 ANKA UAV systems. Recently, TAI made its second ANKA export to Kazakhstan. Negotiations between Kazarnaulyexport (Kazspecexport) and TAI, which have been going on for a long time, were completed and signatures were signed last October. Now, 3 ANKA UAV systems will serve in the Kazakhstan Armed Forces in their ancestral homeland. Negotiations continue with many countries for the export of ANKA UAV system. It is even stated that some of them have reached the final stage.

Registered Member
Another death in the Turkish defense industry


https://twitter.com/i/web/status/1464570680142405638
We are saddened by the loss of our valuable colleague Tarık Kesekçi, one of the young engineers of the ideal of the National Technology Move, in a tragic traffic accident.

Rest in peace. Our condolences to his family, friends and team.

Registered Member
76mm naval gun with housing and test firing during the MoD visit to MKE:

Registered Member
On November 22, Turkish Minister of Industry and Technology Mustafa Varank visited the modernized S-353 Preveze submarine in the Golcuk naval shipyard and inspected MÜREN The progress of the battle management system project, and simulated torpedo battles with the new system. He confirmed that MüREN CMS has been installed on a number of 209/1400 TN (Preveze) class submarines. After completing the sea acceptance test, the submarine equipped with the MÜREN combat management system will return to the combat sequence in 2022.

The Turks are currently transforming the S-353 Preveze submarine under the MÜREN-PREVEZE project. The submarine is equipped with the Turkish domestic MÜREN battle management system, based on the ADVENT system developed by HAVELSAN and ARMERKOM and ADVENT's Link 11 and Link 22. , JREAP (Joint Range Extension Application Protocol), multiple tactical data link systems and WAIS (Warship Automatic Identification System) subsystems, enabling it to process more information than existing systems, and the equipment is fully localized, including 20 Different sensors, navigation systems and weapon systems. Havelsan has developed submarine-related systems such as integrated combat management, torpedo launch control and satellite communications, which can perform tasks such as sonar signal processing, command and control, fire control and ship navigation. Turkish company Meteksan Defense developed a submarine integrated sonar package. This class of submarines began to be rebuilt in 2017. Meteksan Savunma joined the project as a subcontractor in July 2018, responsible for analog signal conversion, digital signal processing and hardware and software transformation, and replaced advanced display consoles. Currently, 4 submarines of this class are planned.

After the transformation is completed, the Preveze class submarine will be able to launch the German DM2A4 Sea Hake heavy torpedo, and the local AKYA heavy torpedo to replace the Mk24 Sea Hake torpedo. The DM2A4 torpedo is 6.62m long and the PBX warhead weighs 260kg. The fuze includes proximity (magnetic induction) and contact detonation modes. The maximum speed exceeds 50 knots and the maximum range is 90 kilometers. It has a range of 50km against general medium/high-speed maneuvering targets. The length of the Akaya AKYA heavy torpedo is 7 meters, the diameter is 533 mm, and the weight is 1.2 tons. The weight of the warhead is about 350-380 kg. It adopts fiber optic line guidance and active and passive sonar guidance systems. The power system may be silver oxide -Zinc battery battery system + dual counter-rotating propellers, cruising speed of 40 knots, range of 15 kilometers. Two sets of 6-unit anti-torpedo decoy launching tubes may also be installed on the side of the hull.

Registered Member
The number of countries supplied with UAVs from Turkey has reached 16.

According to the information obtained by http://SavunmaSanayiST.com; Currently, more than 290 Turkish-made UAVs are on duty in various countries.

I have watched no Youtube videos of bread production plants and manual biscuit molding machines which look very well made, almost over-engineered, like German products.

Do you think Turkey's location in Europe and proximity to the industrialized countries like Germany where many Turks migrate to work, tend to lead to a culture of manufacturing durable goods? Or is it just me?

I have watched no Youtube videos of bread production plants and manual biscuit molding machines which look very well made, almost over-engineered, like German products.

Do you think Turkey's location in Europe and proximity to the industrialized countries like Germany where many Turks migrate to work, tend to lead to a culture of manufacturing durable goods? Or is it just me?
Click to expand...

There is indeed an ongoing industrialization drive in Turkey at the moment. The deprecating Lira and lowered interest rates has something to do with it as a planned strategy. The question is will it work? Time will tell:


Please, Log in or Register to view URLs content!
But as to your question if the proximity of Turkey to Europe leading to a culture of manufacturing, is in itself a very complex question that needs a very long, complex and nuanced answer which factors in history, politics, economics etc, which I am not able to do in the fullest extent nor do I have the will for it.

The best answer I can give is neither yes nor no.

Registered Member
Hurkus undergoing test flights in Azerbaijan. Rumors are that both the Hurkus and Hurjet will find their way to Azerbaijan. This comes after both countries began to jointly run pilot training a few years ago. 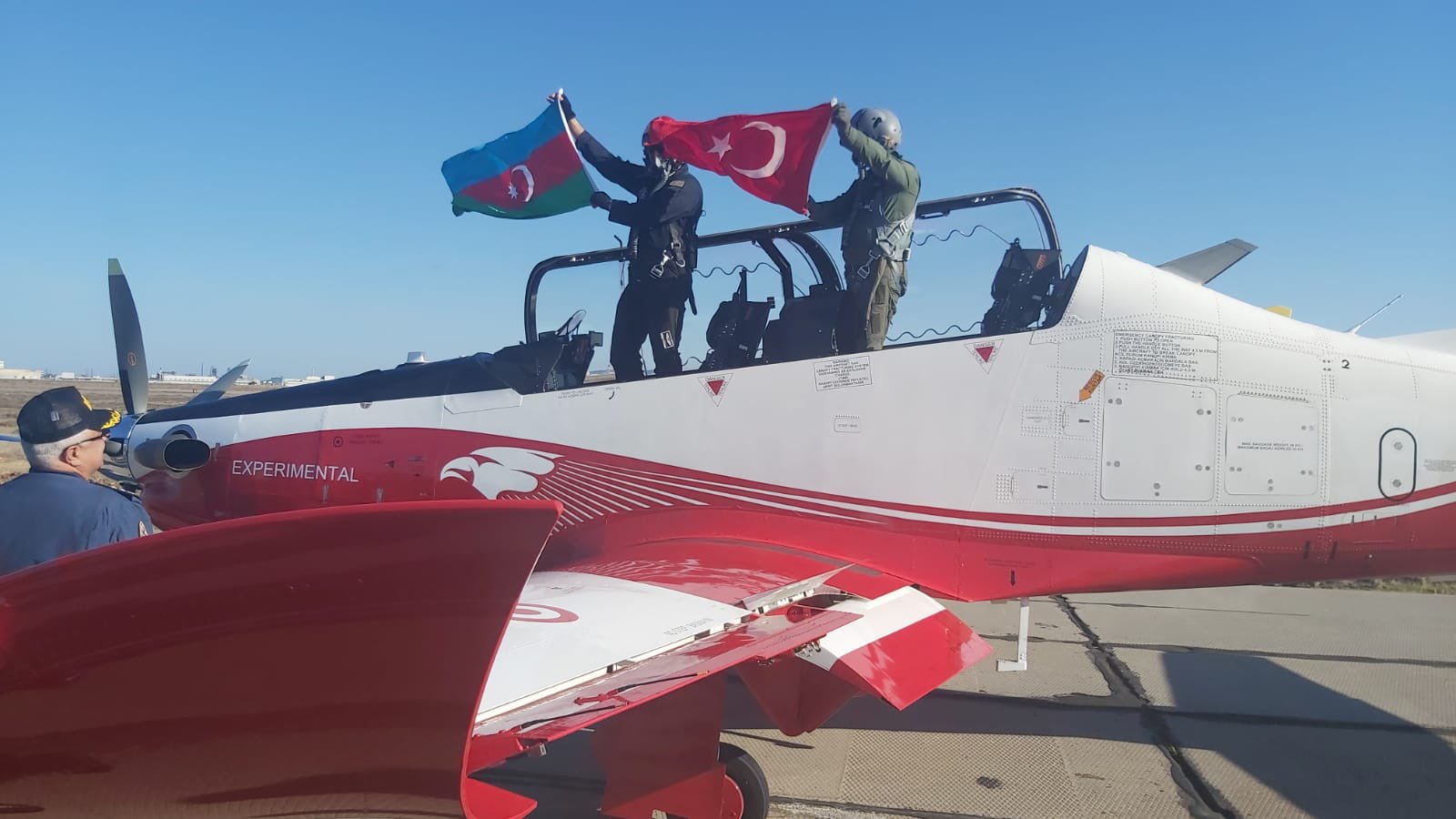 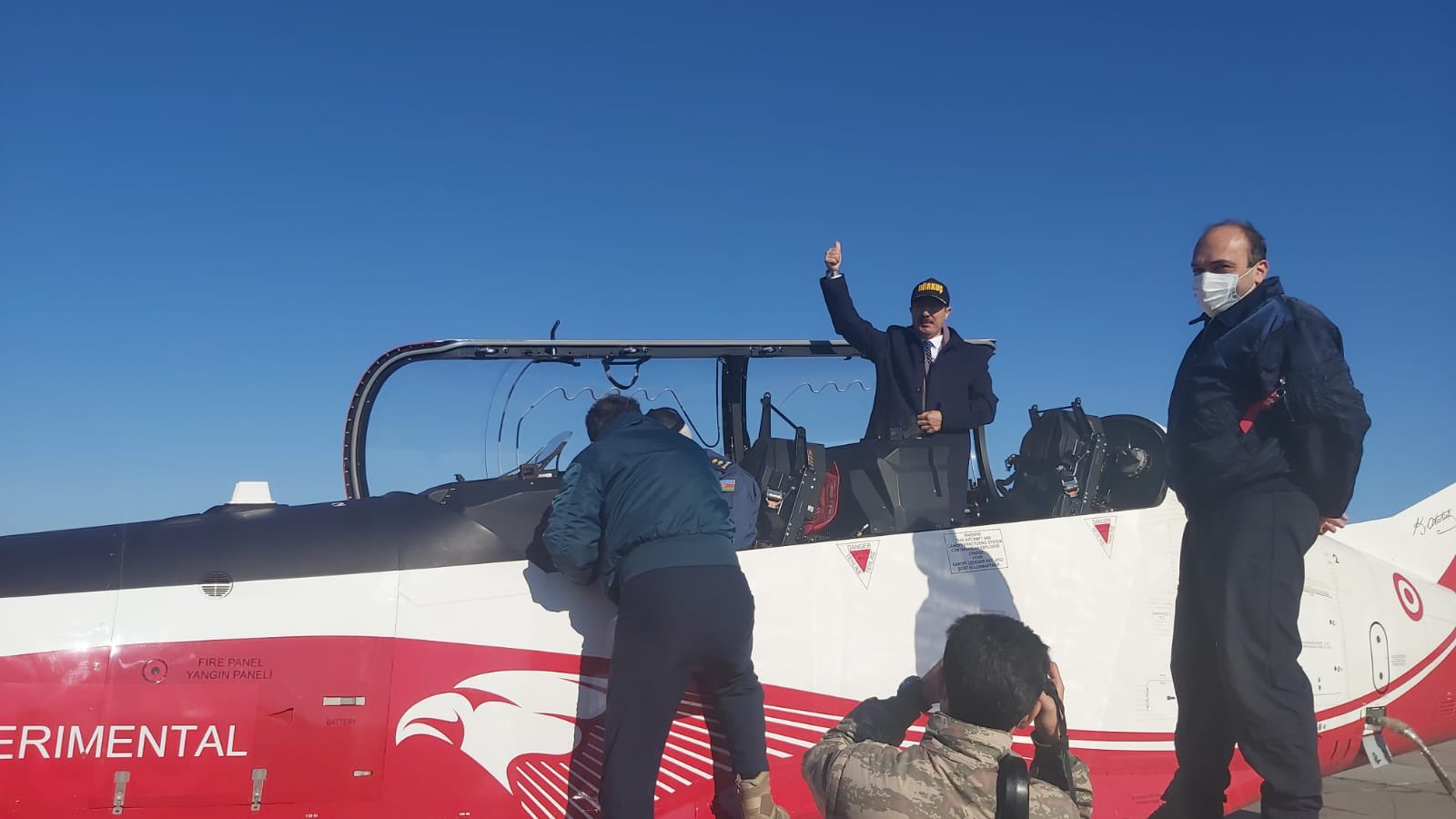 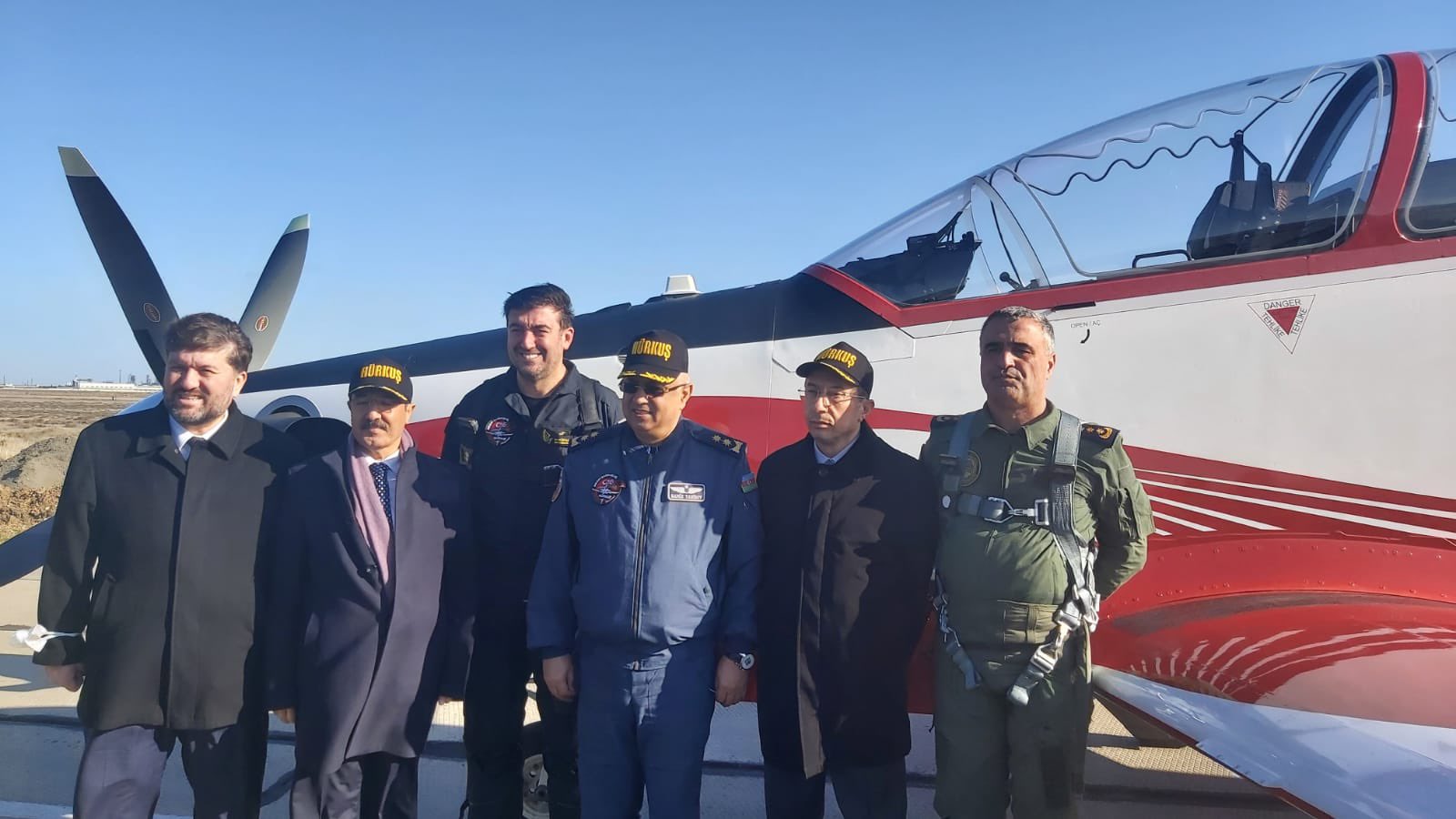