ougoah said:
I say it's better to suffer a slight nuclear holocaust and wipe india off the map than to back off from losing face to a country like india.
Click to expand...

This is a warning to you ougoah.

Cease such talk on SD Forum or you will be banned.

Read the Rules...and then abide by them.

Some of the rules allow us to ban on first offenses and yours is very near that line by advocating nuclear holocaust.

Any more talk remotely similar will get you banned.

Staff member
Super Moderator
Folks...get the rhetoric under control or the thread will be closed and the people going overboard with the rhetoric will be warned, suspended, or banned.

GEt back to Indian Military developments and leave the Himalayan issue as is...it has been discussed ad nausiam.

Jeff Head said:
Folks...get the rhetoric under control or the thread will be closed and the people going overboard with the rhetoric will be warned, suspended, or banned.

GEt back to Indian Military developments and leave the Himalayan issue as is...it has been discussed ad nausiam.
Click to expand...

Jeff, I'm curious to know your opinion on this issue

India incursion into and Indian-Chinese standoff at Dolam, Bhutan"

It has TOTALLTY DERAILED this thread about Indian Military Matters.

Anymore posts regarding it here will be deleted.

Watch yourselves over there. Any more talk about nuking each other will lead to suspensions and banning.

That is all
A 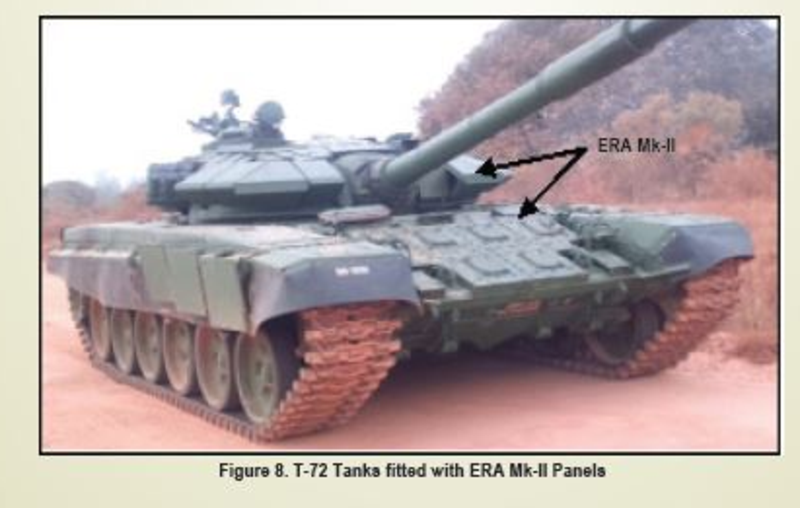 HAL and Israeli firm ELTA, whose radar the defence PSU has fitted the Jaguar with, had completed the ground trials in February. Apart from the AESA radar, the aircraft will also be equipped with 28 new sensors, among other things.

With all the new features, the Jaguar Darin III is expected to serve the IAF for at least another decade. The IAF, which has been struggling to keep up its fighter plane strength at the desired level was satisfied with the initial upgrade plan and the aircraft had received the IOC (initial operational clearance) in November 2016.

Starting this August, Indian Army fighting units on the Line of Control and in the Kashmir Valley get to add a most rudimentary piece of equipment to their arsenal, one that won’t just offer them better protection, but free them up significantly for more potent combat.

Because let’s face it, for all the consternation over stalled modernization of Indian Army’s weapons regiments, it’s easy to miss the comparable — or worse — delays in addressing that most basic of needs: personal combat protection for infantry soldiers. Thankfully, as you probably know, there’s been some belated movement on that front this past year. And as tensions escalate along the Line of Control in Jammu & Kashmir, the churn at little facility in northern India couldn’t be more welcome.

Straight up, in less than two months, the Army gets to start replacing its patkas and standard issue Model 1974 infantry combat helmets, both deemed inadequate for the surge in scale and breadth of operations Indian soldiers have had thrust on them. The new combat helmets that the Army will begin taking deliveries of in August will be its first in a quarter century. The first lot of the 1,58,000 ballistic helmets built outside Kanpur by Indian firm MKU will be shipped to infantry and counter-insurgency units, expectedly starting with battalions based in Jammu & Kashmir.

Livefist had the opportunity to visit MKU’s production facilities last month to inspect the high tempo run that’s been supplying to foreign militaries, paramilitaries and police services for years. And now speeding up to meet the Indian Army’s delivery schedules — its first such order from the Indian armed forces.

MKU’s Mukut ballistic helmets are manufactured at an integrated MKU facility at Malwan in Uttar Pradesh’s Fatehpur district, about 40 minutes from the industrial hub of Kanpur. Starting with bales of KEVLAR that MKU sources from three international suppliers, to final integration with communication sets (50,000 of the 1,58,000 helmets will be commander configuration with in-built COMMS kits), the Malwan unit is currently building customized versions of the Mukut helmet on its primary production line, with ongoing production continuing for foreign customers, including Chile, Spain and Malaysia.

The helmets are a bolted variant of MKU’s flagship Mukut ballistic combat helmet. The latter, MKU says, are more expensive but significantly stronger, with uniform ballistic protection that ‘minimizes lethal injuries due to helmet shell compromise’. As part of their proving phase, the new helmet design has been tested at HP White Labs in the U.S. and MKU’s own ballistics testing facility in Germany. Apart from ballistic protection from rounds, MKU says the Mukut helmet being supplied to the Army also sports a Behind Armour Blunt Trauma (BABT) of less than 10mm, ‘nearly 40% lower in comparison’ to the Model 1974 currently in service, and a compelling factor for the headgear upgrade. The strengths (and weaknesses) of the new helmets are necessarily classified, though Livefist can confirm that the Army has opted for the new kit based on a variety of factors: principally strength, but also coverage (head top, sides and back), robust fit with memory foam padding that rules out the need for constant adjustments (dangerous in an active combat scenario) and the ability to take on accessories.

While the Indian Army hasn’t opted for MKU’s Multiple Accessory Connector System (a proprietary integrated, all-in-one mounting system for NVD, torches, cameras, masks and communication headsets), it has the option to procure them as an add-on. MKU, incidentally, is also in the race for a large Indian Army night vision device (NVD) order, for over 44,000 devices, and has plans to diversify into electro-opticals for air land land platforms, thermal imagers, weapon sights, medium caliber ammunition and even assault/sniper rifles.

The 1,58,000 helmets ordered by the Indian Army are only a fraction of what the the force will finally need across its units. MKU managing director Neeraj Gupta hopes to more than quadruple the company’s order for the 700,000 helmets he says the Army will finally require. Overall, the company sees business for more than a million helmets across the variants it builds them in — for police, paratroopers, tank crews, airborne troops and special forces.

MKU currently also competes with Tata Advanced Systems Ltd (TASL) for the Indian Army’s biggest buy of bulletproof jackets in decades — for 1.86 lakh units. Look out for Livefist’s post on that contest shortly.
Click to expand...

Interesting. in comparison to the last image I know (from April I think) they removed all the scaffoldings.

However it does not look as if any sensors are installed ??