Taiwan's demographic profile is worse than China's, while China's demographics problem is rather exaggerated, if you compare China's median age with other industrialized countries in 2050.

The Taiwan issue will fade away – literally​

The island has the lowest birth rate of any political entity and will lose its importance over the next 50 years
Click to expand...

Was he talking about Monopoly money by any chance?
Moving on from Evergrande to bigger and better BS?
PBOC still operates under State Council, the Government.
A

The problem with that is that financial incentives don't work. It has been tried by west European countries for decades with very limited success.

There needs to be a change in mindset.
O

Registered Member
The proposal list of action are all tried by western nations and all have increasingly low birthrates which is obscured by immigration numbers.

China should encourage the immigration of the right kinds of people with an ability to easily assimilate and become Chinese.

Western nations have been playing neo feminism for a few decades and it's only contributed to declining birthrates.

Stimulus can work if applied appropriately and I've no idea what constitutes an effective stimulus program to encourage birthrates. It can work because it is part of that equation where we want to take financial pressures off would be families.

Western nations manage to attract all the right kinds of people in terms of immigration. At least a section of their immigrants are exceptionally productive people (nowhere near all... lol not even close) but they still suck up all the best and most suitable immigrants.

Undesirable immigrants would be worse than not having any. It's a matter where you can easily go backwards with the wrong people around. I think that much should be obvious to everyone. It's also no easy task to make neutral or poor performing immigrants into lawful and productive ones.
O

Abominable said:
The problem with that is that financial incentives don't work. It has been tried by west European countries for decades with very limited success.

There needs to be a change in mindset.
Click to expand...

Instead of handing out money, I would like to see massive investments in robotics, automation, schooling system, childcare, biotech, digital connectivity and to accelerate the reorientation of the chinese economy away from the property sector

Just moving away from investing in the property sector should be enough to have house prices decline while disposable income keeps growing every year. That should be a huge help for having more children

TLDR: Less patchwork, more real work on dealing with the real causes of the demographic decline


It is true that TFR has fallen across the 1st and 2nd worlds, in countries with very different economies and cultures.
A

China’s population crisis can be solved only by printing trillions of yuan to boost birth rate, prominent economist claims​ 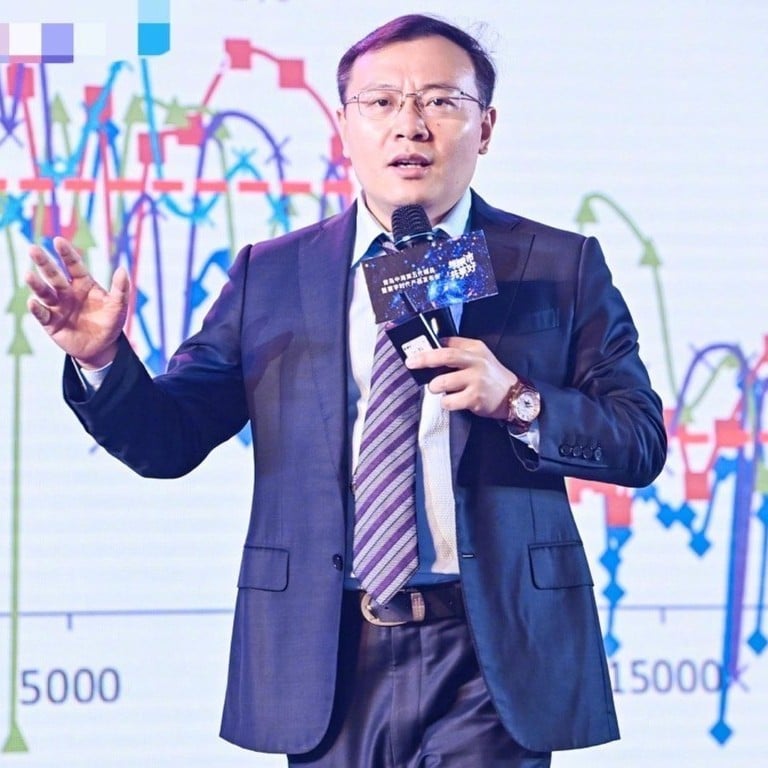 Controversial comments by Ren Zeping suggest that US$314 billion would help add 50 million kids over a decade, in part by relying on older Chinese women to give birth

But demographers and state media throw cold water on Ren’s idea,warning of inflation risks and pointing to failed attempts in other countries

One of China’s most high-profile economists says the central bank should print 2 trillion yuan (US$314 billion) to help boost low fertility rates – a controversial suggestion that has sparked widespread discussion.

“The central bank [should] print an extra 2 trillion yuan to encourage society to have 50 million more kids in 10 years,” Ren said, adding that the money would be roughly 2 to 3 per cent of the country’s gross domestic product (GDP).
“This can solve China’s low-birth and ageing-population problems and energise the future without burdening people, companies and local governments. Based on our studies, this is the only, and the most practical, solution.”

Het also urged China to establish the fund as quickly as possible, so older women who remain fertile can take advantage of it.

“The reason is simple,” Ren said. “People born between 1975 and 1985 are still conditioned to believe that more children are a blessing, while people born after the 1990s are
Please, Log in or Register to view URLs content!
, let alone have two or three children.”

His urgings came as the world’s second-largest economy has been grappling with
Please, Log in or Register to view URLs content!
and a growing number of women increasingly reluctant to get married or have children.

In 2020, China’s births fell by 18 per cent from 2019, marking a near six-decade low. Some regions recorded births falling by more than 10 per cent.

Central and local governments have rolled out a raft of policy changes and financial support measures to encourage Chinese couples to procreate, yet public sentiment often points to the fact that children are a costly and taxing addition for most families.

Some private companies are also offering
Please, Log in or Register to view URLs content!
for couples who are expecting a child.

But despite such initiatives, analysts have said that China’s population
Please, Log in or Register to view URLs content!
, and that the country must brace for a population decline.

Ren said that mild and general policies are ineffective, and that robust measures must be implemented to address the falling birth rate.

"In the past, we printed money to stimulate real estate and were left with high property prices,” he said. “If we print money to encourage childbirth, we will be left with a batch of young people.”

Despite an outpouring of criticism from the public and analysts, some of whom suggested that Ren’s ideas were impractical and lacked common sense, he doubled down on them during a live-stream broadcast on Monday evening. Encouraging births by printing money will become the reality in the next years, he argued.

Chinese demographer Liang Jianzhang had suggested a day earlier that the government should allocate 5 trillion yuan – nearly 5 per cent of the country’s GDP – for encouraging childbirth, housing stipends and childcare facilities.

Unlike with Ren’s money-printing
Liang suggested that the 5 trillion yuan come from the fiscal budget.

Economists and analysts pounced on Ren’s comments with their own critical assessments. The Beijing News published an op-ed arguing that Ren’s money-printing strategy was a far cry from basic economic principles and would lead to inflation, thus further driving up the cost of raising children

Hong Hao, chief strategist at Bank of Communications, pointed to the United States and Japan in refuting the impact that printing money has on birth rates.

“Examples from abroad have proved that printing money has nothing to do with birth rates, and setting up a special fund would be useless,” Hong said. “In the industrialised age, population growth is of least concern because you can’t turn the tide.”

Yi Fuxian, a demographer and senior scientist at the University of Wisconsin-Madison, also noted how it is increasingly difficult for women to have children as they get older. Between 56 and 65 per cent of births in China are by women aged 20-29, he said. “It’s medically ignorant to count on 40- and 50-year-old women to ramp up birth rates,” Yi said.

Registered Member
We have gone from gargantuan expansion of population during the 20th century to an extreme baby bust in the 21th century.
You must log in or register to reply here.