The 7 Astute class replace the 7 Trafalgar and 6 Swiftsure class submarines.
Click to expand...

New more capable and big but not enough.

The Fleet Air Arm is a graphic demonstration of this. In 2009 the Navy had 194 helicopters, after a major modernisation programme by 2019 it will have 83.
Click to expand...

Jura said:
I've heard the decision about Type 31 Frigate is coming, so ...
Click to expand...

first point: the most recent model of what I called #1 above: 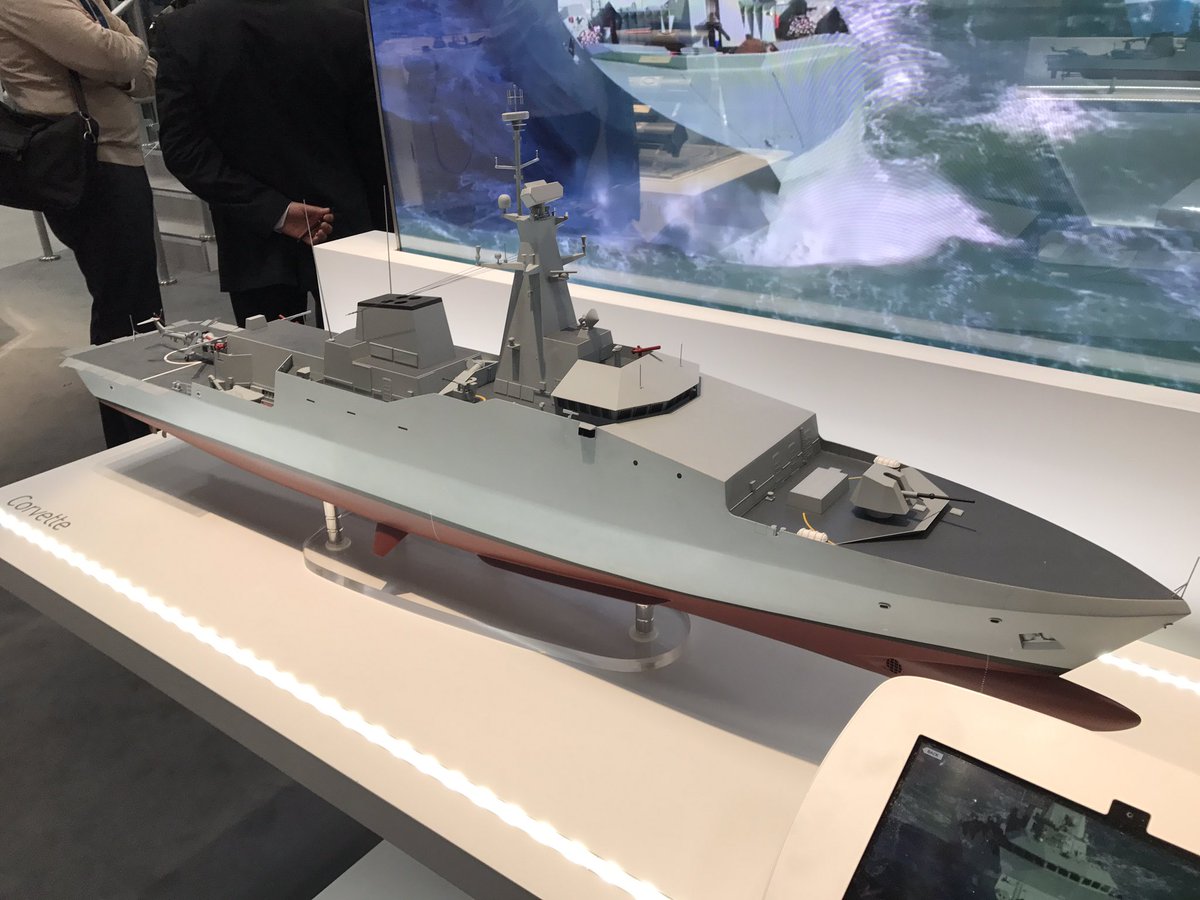 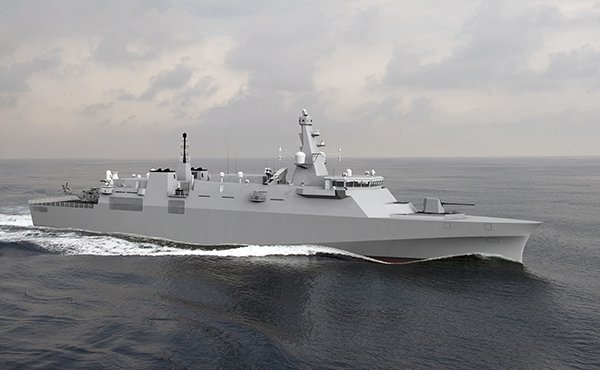 third point: I still think the BAE will win
Click to expand...

A first teaming for the UK Royal Navy's (RN's) Type 31e frigate programme has shown its hand ahead of industry days at the end of this month.

Babcock and BMT Defence Services revealed their intention to establish a strategic partnership at a photocall event on 14 September at the DSEI 2017 exhibition. Full details of the formal teaming arrangement are still being finalised, but it is understood that Babcock will lead the bid.

Both companies have been working on rival Type 31e candidate designs in the shape of Babcock's Arrowhead 120 and BMT's Venator-110. Their decision to join forces means that one of these two design options will now be ruled out of the running at an early stage.

Forming the centrepiece of a new National Shipbuilding Strategy (NSbS), the Type 31e programme envisages the fast-track acquisition of a globally deployable but affordable vessel geared towards maritime security and defence engagement operations. A ceiling price of no more than GBP250 million (USD337 million) has been set for each for the first batch of five frigates, intended to enter service from 2023 to replace the five general purpose-roled Type 23 frigates.

As part of a revamped surface fleet, the Type 31e will be tasked for routine security and presence missions such as the fleet ready escort role in home waters; standing tasks in the South Atlantic, the Caribbean, and the Gulf; and NATO commitments. This will free up Type 45 destroyers and Type 26 frigates for task group operations or, in the case of Type 26, support of the continuous at-sea deterrent.

The Type 31e design philosophy being promulgated by the Ministry of Defence (MoD) and the RN is of a standard ‘core’ platform offered with a matrix of ‘adaptable’ options to meet potential export requirements.

... and the rest is behind paywall at Jane's
Please, Log in or Register to view URLs content!

Again, earlier in the year while declaring 2017 as “the Year of the Royal Navy”, Fallon said:
“Britain’s new carriers, frigates, aircraft and submarines begin a new era for the UK, providing unprecedented firepower. We are investing billions in growing the Royal Navy for the first time in a generation – 2017 is the start of a new era of maritime power, projecting Britain’s influence globally and delivering security at home.”

This isn’t true according to the the
Please, Log in or Register to view URLs content!
document released by the Government detailing statistics on vessels, land equipment and aircraft of the armed forces. It states:

“At 1 April 2017 there were 73 vessels in the UK Armed Forces: 64 vessels in the Royal Navy and nine in the Royal Fleet Auxiliary (RFA). This is a reduction of three vessels since 2016 following the withdrawal of three RFA vessels: two Small Fleet Tankers and one Forward Repair Ship (RFA Diligence).

Patrol Ships (18 Inshore and four Offshore) make up the largest proportion of Royal Navy vessels, with 22, as shown in Chart 1 below.

The total number of Destroyers and Frigates (19) as at 1 April 2017 are also in line with SDSR Joint Force 2025 commitments.”

Further, according to the Defence Select Committee, the UK has a “woefully low”. Chair of the committee Dr Julian Lewis advised earlier in the year that the Government risked leaving the country with fewer than 19 frigates and destroyers.

“The United Kingdom will then lack the maritime strength to deal with the threats we face right now, let alone in the future. We are putting the MoD on notice that it must not let this happen.”

Additionally, Sir John Parker the author of an independent report on the National Shipbuilding Strategy, has indicated that the frigate fleet will fall below 13 frigates unless the Type 31 Frigate build starts soon, something that appears unlikely for a project described by a minister this month as still in “early pre-concept phase” with no design having yet been chosen.

“So what you are saying—and this is a critical point—is that unless we start building the Type 31e frigates in parallel with the Type 26s, there is little chance of not reducing below our existing figure of 13 frigates all told.

That, I must say, fits in with the projections I have seen and it follows from that, therefore, that we have to consider the best way of building two classes of frigates in parallel, rather than in succession.”

13 frigates are due to leave the service at a rate of one a year between 2023 and 2035. There remains serious concern about the funding and timetable of the fleet that will replace them.
Click to expand...

To ask Her Majesty's Government, in the light of the statements in the National Shipbuilding Strategy about their intention to grow the
Please, Log in or Register to view URLs content!
fleet, what is their aspiration for the number of frigates for the Royal Navy by 2040.

To ask Her Majesty's Government how long they anticipate it will take BAE Systems to build a Type 26 frigate; and what assessment they have made of that timescale.

The first ship, HMS GLASGOW, is expected to be structurally complete in the early 2020s. This timescale is consistent with the engineering challenge of building the First of Class of a modern complex warship.

The second of the Royal Fleet Auxiliary's new Tide-class support ships, RFA Tiderace, has arrived in Cornwall to begin a programme of customisation that will support 300 UK jobs.
Like her sister ship RFA Tidespring, which arrived in April this year, the 39,000-tonne RFA Tiderace can carry up to 19,000 cubic metres of fuel and 1,400 cubic metres of fresh water in support of Royal Navy operations all over the world.

She has been designed to support the new Queen Elizabeth Class Aircraft Carriers, the first of which, HMS Queen Elizabeth, arrived in Portsmouth last month.

UK army aviation hit by new round of cuts

Key Points
UK army aviation faces its biggest shake-up in 25 years after it emerged that a new round of defence cost savings will lead to the loss of four more operational squadrons.

British Army chiefs have signed off on the aviation section of the 'Army 2020 Refine' re-organisation project, which includes the disbandment of the Army Air Corps (AAC) regiment based in Northern Ireland and the early retirement of the army’s entire fleet of Westland Gazelle AH1 observation helicopters.

LOL not my style, but marvelous:

Who will notice another minehunter gone?
Sandown and Bridport, sold for a song.
Bicester and Berkeley, Inverness, too
When we’re short of a quid what must we do?
Pick on the humble MCMV, axe little ships nobody sees.

Cottesmore andDulverton didn’t survive, another little cost-cutting drive.
Walney retired – still in her prime, rots in the basin with the passing of time.
Cromer and Brecon don’t sail anymore, expensive classrooms tied to the shore.

Now Atherstone and Quorn to be lost from the fleet, a sacrifice to the balance sheet.
Three more will go in a year or two, nicely settled in the defence review.
Years ago we used to have Tons, there were plenty of sweepers way back then.
But look forward to the future, we’ll make do with ten.
Maybe the mine threat just went away or the ocean was bigger back in the day?

Gaps in the fleet, fitted-for-but-not-with, doing more with less and a half-empty mess.
Salami-sliced down to the bone, just think about carriers, try not to moan.
We need more efficiencies, you’ll understand.
Another young officer without a command, but jam tomorrow is promised and planned.

Don’t get confused by the number of ships,
Read my press release and read my lips.
We’re growing the Navy, repeat after me,
No, we’re not making cuts, only ‘adjustments’ you see.
Click to expand...