Tell us about your country

Equation said:
I think you meant Disneyworld, because Disneyland is in California. Either way, get the VIP passes that way you don't have to wait in line like the ordinary customers. I've never been to either one, but from what my relatives and friends told me about it, it's good to come prepare. Universal Studios theme park is near by, I'v heard both good and bad reviews about it, so go at your own risk. So have fun and be safe my friend.
Click to expand...

Thank you equation. I'll check and see what they cost (remember I'm paying in Pesos), I also heared that there is a thing called a "fast pass" that allows you to reserve the ride you want for a specific time that day. What a great country you have two Disney's.... One in California and the other in Florida. I have been to the one in California when I studied in the USA, but never to the one in Orlando.

test bd said:
Been to both places so. So.Cal has it.. hands down. Just my opinion.
Click to expand...

Been to both places too, and So. Cal wins.

This a picture taken of the sunset over the river, I love Scotland it's my home I have travelled all over the world but when I get back home I always have a great feeling I am back where I belong

My parents came to Scotland in the 1960s so I am second almost 3rd generation Scottish-Pakistani, the beauty about Scotland is that whoever comes here falls in love with the country within just a few days, 45 minutes and your in the mountains of the Highlands

asif iqbal said:
I live on the East Coast of Scotland in a Beatiful stunning city called Dundee where I was born and brought up

This a picture taken of the sunset over the river, I love Scotland it's my home I have travelled all over the world but when I get back home I always have a great feeling I am back where I belong

My parents came to Scotland in the 1960s so I am second almost 3rd generation Scottish-Pakistani, the beauty about Scotland is that whoever comes here falls in love with the country within just a few days, 45 minutes and your in the mountains of the Highlands

Incredible sunset! Being so far north you must also have some long sunsets/twilights?

That’s my look alike on the far left serving wine.

No disrespect to the real last super intended or implied

As popeye would say I am what I am. A bunch of Italians that speak Spanish, that think they are French but act English. Can anyone say "National identity crisis".

I would like to wish all my brothers at Sinodefence a Happy New Year! from sunny South America
Last edited: Jan 1, 2014

Miragedriver said:
I would like to wish all my brothers at Sinodefence a Happy New Year! Your camaraderie, friendship and open exchange of ideas is great appreciated and enjoyed.

Hopefully we will someday all meet in person at a Sinodefence conference.
Click to expand...

Happy New Year to my friend Miragedriver! I wish your family the greatest of joy in the new year!
H

Registered Member
This might be a suitable place for a first post.. Hello and Happy New Year~


Not really 'country', but this is my hometown, Tianjin (天津). A port city half-an-hour away from Beijing by bullet train, it was once the capital's line of defense against a sea invasion. Now it's one of the four direct-controlled municipalities in the country and a major seaport.
It's not as famous as Beijing, Shanghai, or Chongqing, but it's a nice place nonetheless.

Panoramic view of Jinwan Plaza (金湾广场). Like most modern cities in China I think it looks its best at night (or when it's half buried in snow...) 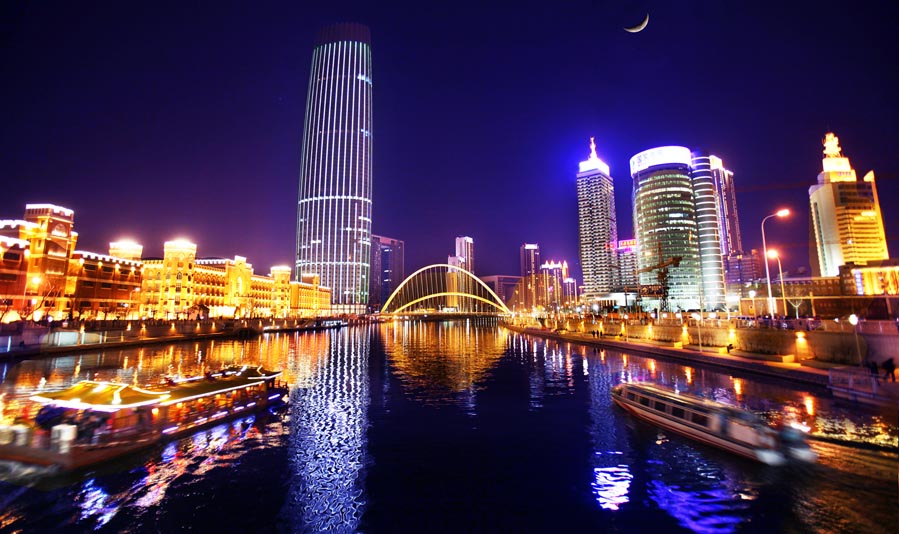 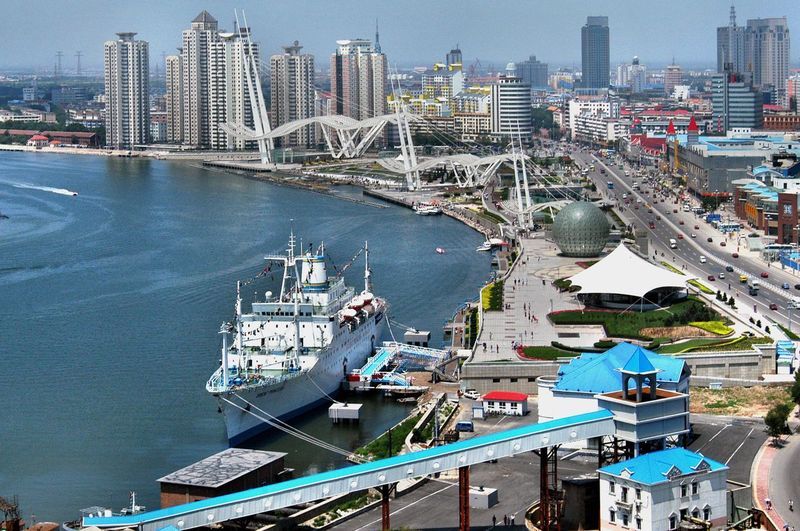 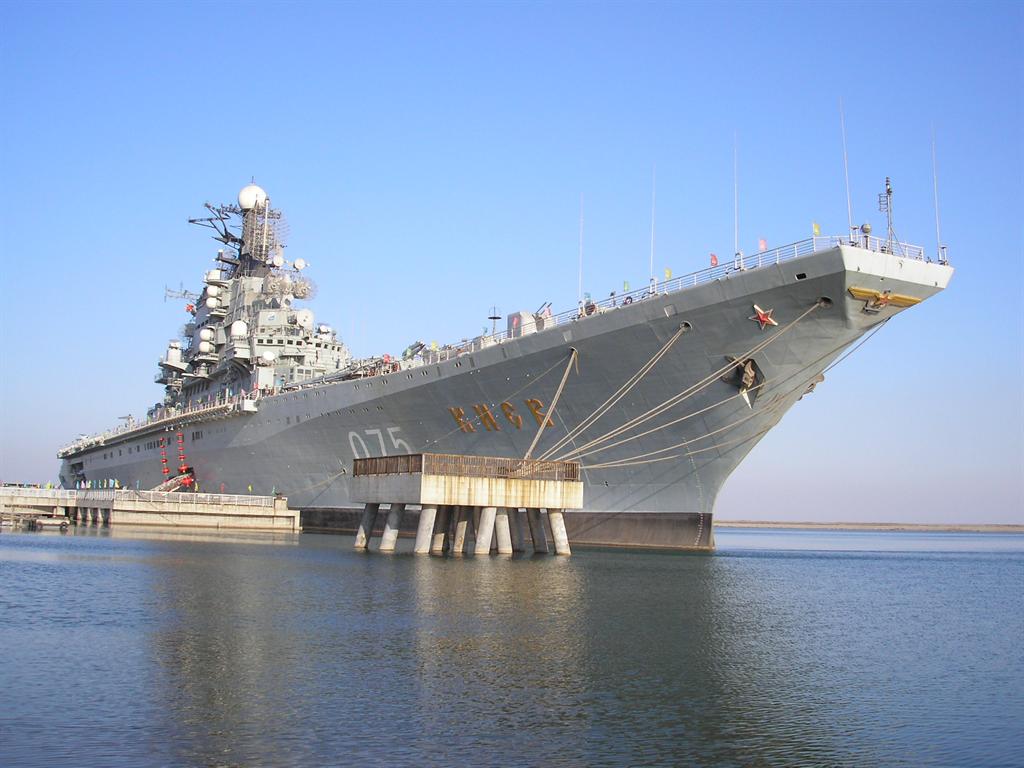 I'm not sure if Kiev is happy with his new role as a theme park... 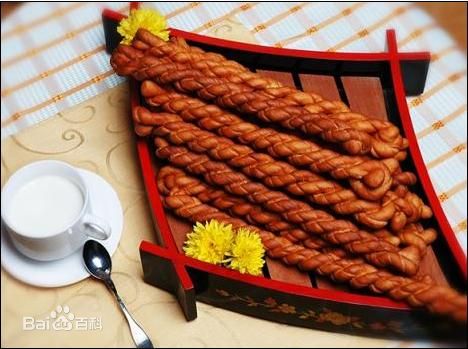 This is a traditional delicacy from Tianjin called mahua (十八街麻花), it's a sweet snack made of dough, and either crispy or crunchy 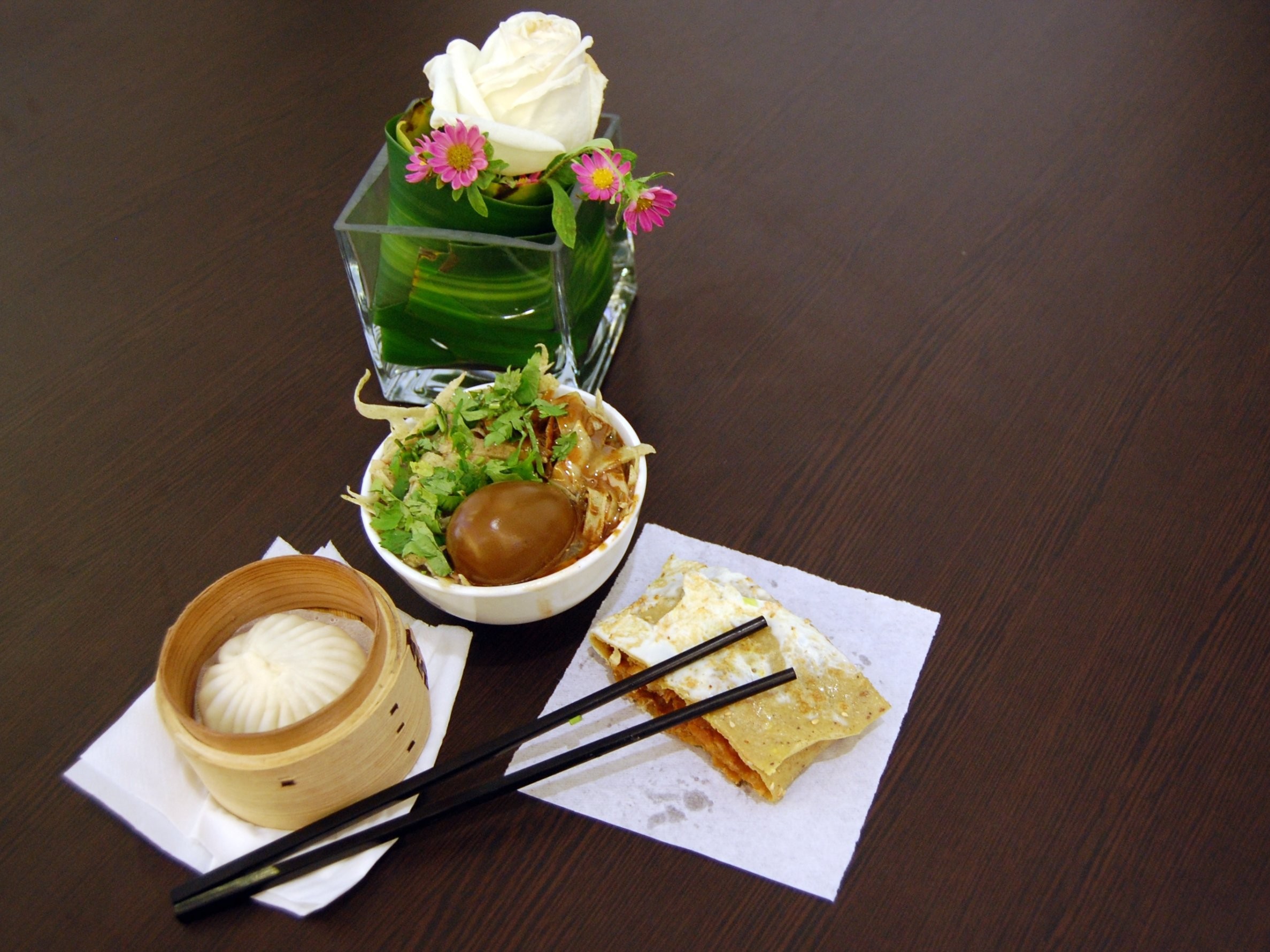 This one is a source of immense personal pride for me, and indeed, probably the whole city.
Tianjin Nankai High School (天津南开中学), founded in 1904, it was one of the first to embrace western-style curricula and is now one of the most prestigious in the country. I remember when my classmates and I graduated, we all said "We will always be proud of Nankai, but someday, we hope that Nankai can be proud of us. (今天我为南开自豪，明天南开为我而骄傲)" A very tall order, considering this was the school Premiers Zhou Enlai and Wen Jiabao graduated from, along with some of modern China's most famous writers and scientists. 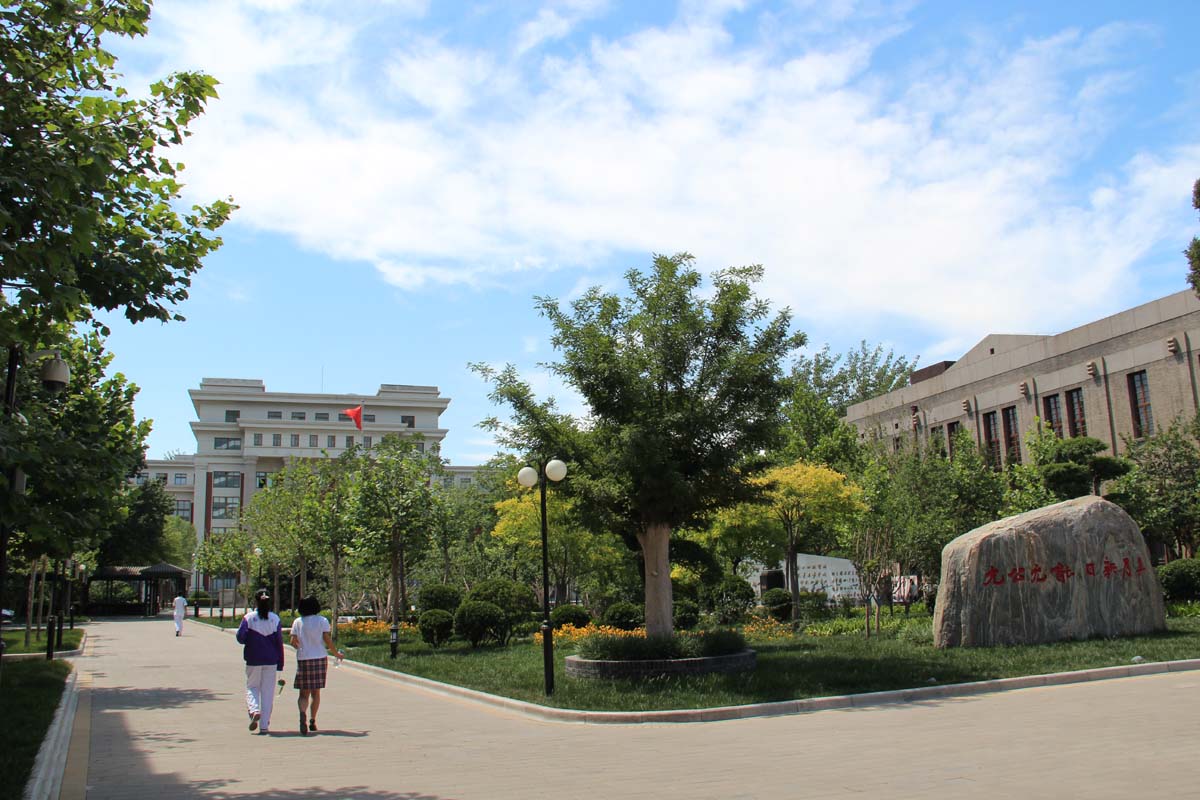 The photo shows the courtyard of the northern half of the school campus. The building on the right is the auditorium from when the school was first founded. Only a handful of the buildings from then exist; the rest were targeted and bombed by the Japanese in 1937. A few survived because they were very too close to a Belgian tram factory to bomb safely. 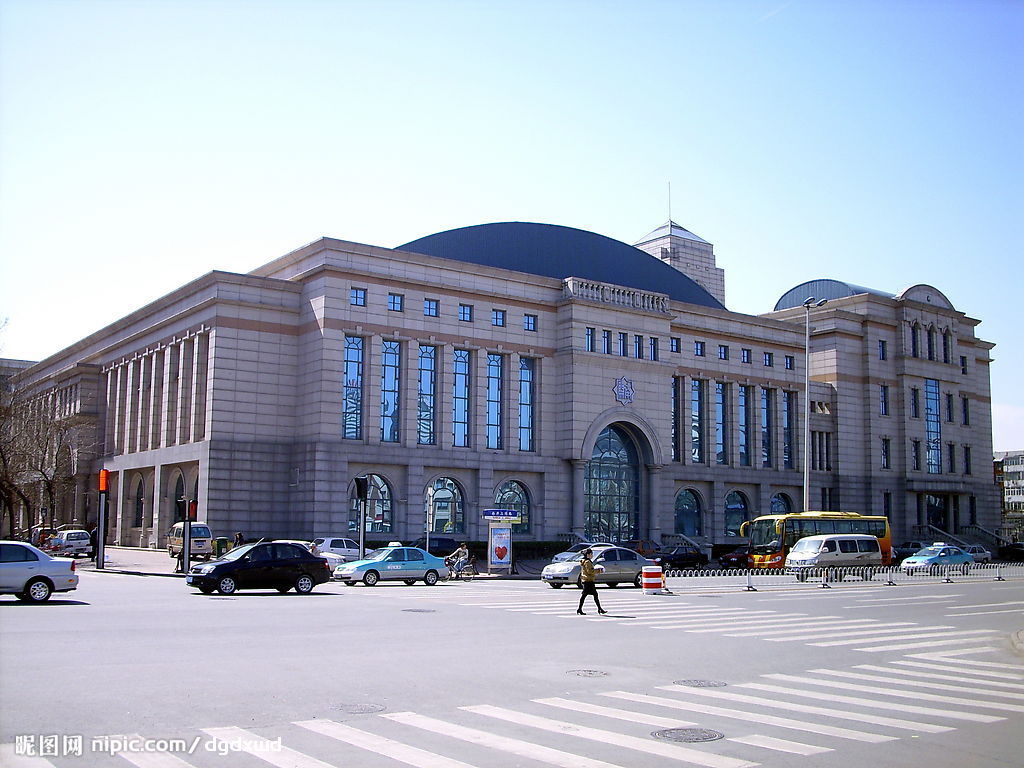 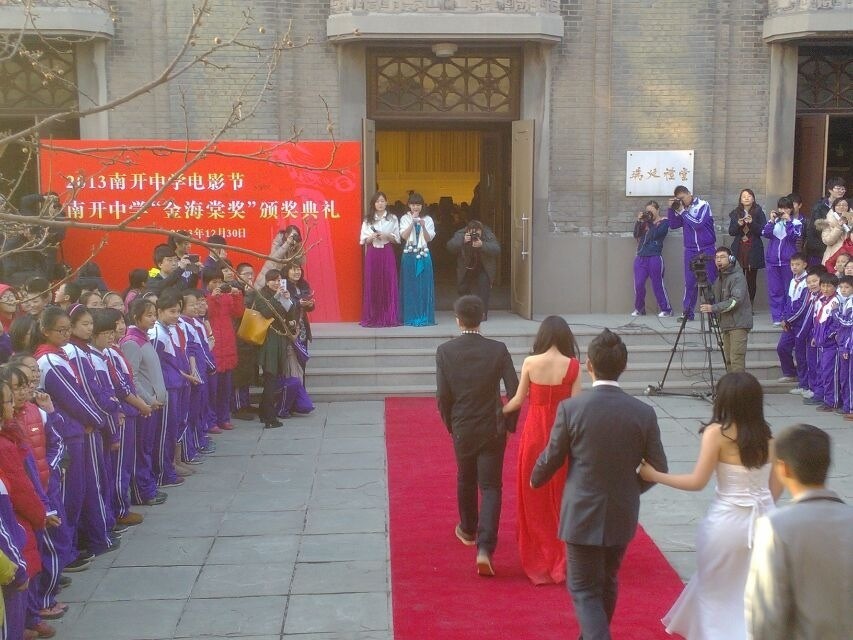 Just in case people think all Chinese schools and students are all work and no play, this is what the school did a few days ago ^_^ Our very own film festival awarding ceremony~
Last edited: Jan 2, 2014

Be sure to read the forum rules before you proceed!

[h=3]FORUM Rules. ALL members please READ!![/h]..and please introduce yourself to the rest of the forum!

Thanks again and welcome to Sino Defence Forum!
You must log in or register to reply here.