sidewinder01 said:
I think the PLA need improvment in submachine guns... most of the submachine guns the PLA have look very outdated haha but I am no expert, its an opinion.
Click to expand...

There are a number of new designs like the JS series or the Type 03 derivative, all would be fine in any modern force.

Just found these pix of the type 56. Cool, heh?

Those 56's have been modified very nicely. the hand guard and folding fore grip look like CAA products well the sight is definitely a Eotech HWS.

The PLA technically have never used shotguns until now. It was the PAP that used the Type 97-1 and continues to use it.

You have a point however IT's still a bit of news.

TerraN_EmpirE said:
You have a point however IT's still a bit of news.
Click to expand...

I'm just relieved that the PLA is finally becoming more flexible in its tactical doctrines. Chechnya, Iraq, Afghanistan etc. etc. have all shown that shotguns are an important tool for breaching and urban combat.

True Well still being a long time combat arm with anti personnel capabilities as well as almost grenade launcher style effects with new explosive shells like the
Please, Log in or Register to view URLs content!
grenade slugs.
Today the classic limiters of a shotguns effectiveness less issues then at any other time in history with the thanks of John M browning and his successors We can remove those limits more and more with the exception of Range, a shotgun will never equal a rifle in range. Capacity can be solved by either the neosted style double tubes, Or a box magazine like the Saiga series. Rate of fire is based on operation. In the last forty years Semi automatic improvements have lead too the true feasibility of a selective fire shotgun. Polymers new construction techniques are dropping the weight. So the days of relegating too a Riot gun I think are very very dated. In terms of Class this Weapon is meant too fallow the M4 Super 90 a semi auto combat shotgun the influences should be clear.

However I wonder as too the Level of acceptance the PLA willing give this weapon and those of it's class, If they are truly looking too try and integrate the shotgun as a tool for increasing the effectiveness of the infantry in the Urban breaching role. Then this will not be the last new scatter gun we will see in the PLA headlines. possibilities include Adapting the magazine feed hawk with a short barrel and mating system based on the current Grenade launcher system is a feasibility allowing creation of a Ciener Ultimate Over/Under style or Master Key weapon for the QBZ 95 unlike the M4 and M16 which suffered in such until the Xm26 due too the placement of the slider pump and ammo capacity. the Bull pup layout actually would help such development based on a pump action and the magazine feed would add the capacity. on the other end of the spectrum a selective fire weapon akin too the USAS 12, or AA12 is not impossible. 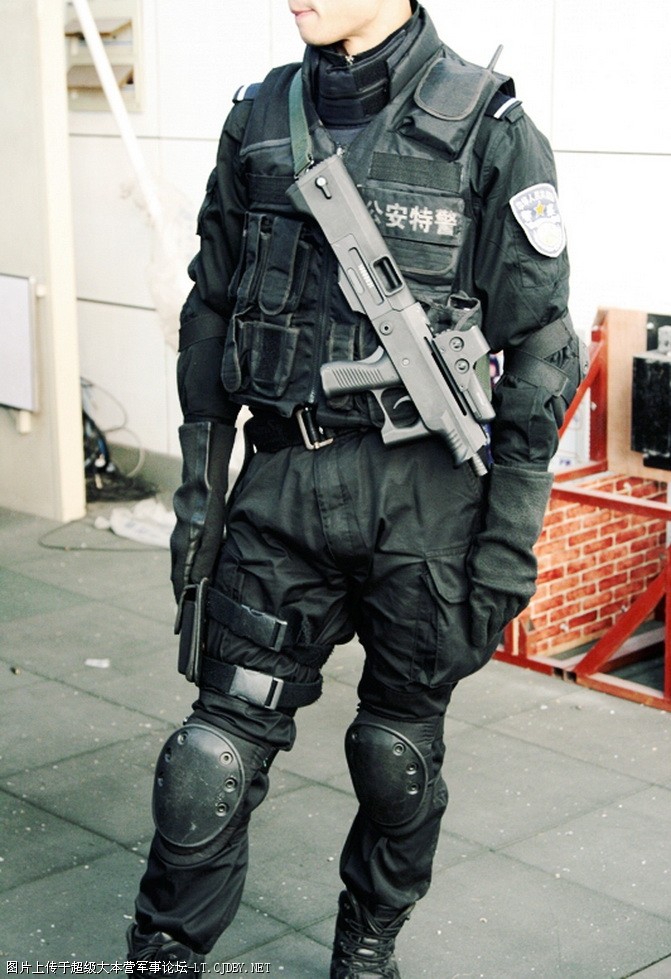 Does anybody know what the heck this thing is supposed to be?!

Does anybody know what the heck this thing is supposed to be?!
Click to expand...