Registered Member
So much for their "Democracy or Die" chant. As the Orange Man in the WH once said "Losers and suckers".
E

J20 RTS said:
So much for their "Democracy or Die" chant. As the Orange Man in the WH once said "Losers and suckers".
Click to expand...

It would be nice if they followed through with the second part, I mean they have the first part already, and they still want more and worse, they try to deprive others of there lives so really, they are a bunch of 'losers and suckers' who basically failed at everything
L

emblem21 said:
It would be nice if they followed through with the second part, I mean they have the first part already, and they still want more and worse, they try to deprive others of there lives so really, they are a bunch of 'losers and suckers' who basically failed at everything
Click to expand...

Chinese probably had the most violent revolutions in history, Hongkongers can do it too.

But this wasn't a "Chinese" revolution, this was western backed terrorism. They had no spirit.
E

localizer said:
Chinese probably had the most violent revolutions in history, Hongkongers can do it too.

But this wasn't a "Chinese" revolution, this was western backed terrorism. They had no spirit.
Click to expand...

Hmmm, sooner or later, the very spirit of those western nations is about to go down the drain given the amount of fails that have happened this year. I mean the amount of disasters that have happened this year alone with the pandemic, hk style riots, epic levels of unemployment, natural disasters and even the White House turning into a bloody circus. And to top it off, the election is going to become one of divisive and most terrifying event that is set of occur. This time, the USA is going to feel the hurt in the heart of America and if they fail here, no one is going to help them to rise again
Last edited: Oct 24, 2020

Mr T said:
ocalizer, anyone can find articles about racism in a country - because there's racism everywhere. If you've got a detailed study more recent than the one I referred to earlier, please post it.
Click to expand...

Mr T said:
Although I'm sure HK people read the newspapers as well, so if they feel worried by racism they won't go to the UK anyway.
Click to expand...

Guys. This two quotes just shows how wide of the mark the man from the A-Team has missed.

1. Racism is everywhere. Sure, tell us something we don't know. Heck even in China there are racists. But just because they are everywhere it doesn't excuse their behaviours. You made it sound like it's ok because it's everywhere.

2. I'm sure Hong Kongers reads newspaper and are aware of the racism that exists in the UK. Give me a break. Racism rarely get reported in the UK. And when they do it's the sanitized version. You'll need to experience racism first hand to get the real meaning of racism.

3. And this is perhaps the most damning of all if your reply. A lack of reading comprehension. Most of us here are not suggesting the problem is with the Hong Kongers. The problems lies with your average Brits.

It stems from you reports that the average Brits would welcome these scums. A half arsed survey. We all know how a survey can be skewed one way or another.


If UK was so benevolent, why are they turning away women and children at their door from Syria and other places?

But you are being manipulative. If you are as old as you said you are. And have been around the blocks or two. Then you should've known what happened last time a large influx was let in the country. The blood letting that caused, and it was only 28,000.

solarz said:
LOL, this is fake as hell. HK passport holders can go to any nation in the EU without a visa, so why did she need to stay in a "refugee camp"?
Click to expand...

HK residents can visit EU states but they cannot live and work there. If she was seeking refugee status she would have had to stay in Germany until it had been granted.


Please, Log in or Register to view URLs content!
This article said the application took 9 months to decide. It also said she had no choice of where to live. At first I had thought the story about her staying in a camp was odd, but I was surprised to read that Germany had in the past housed asylum seekers in tents, so the story could be quite possible.

J20 RTS said:
Ha, ha, The English are the most racist people i ever met. I know cos i was born there, hence my parents decided to move to Ireland in the early 80's.
Click to expand...

I'm shocked to learn that attitudes might have changed over 40 years.
Last edited: Oct 24, 2020

Registered Member
Well the last remark from the man from A-Team says it all. Its either he doesn't live in the U.K. as he claimed. Or he's a white guy living in UK therefore never experienced racism in his life. Or he just performing his mind gymnastics again. Take your pick.

Registered Member
Great take on Hong Kong and China economy. This could also be on Chinese economic thread. 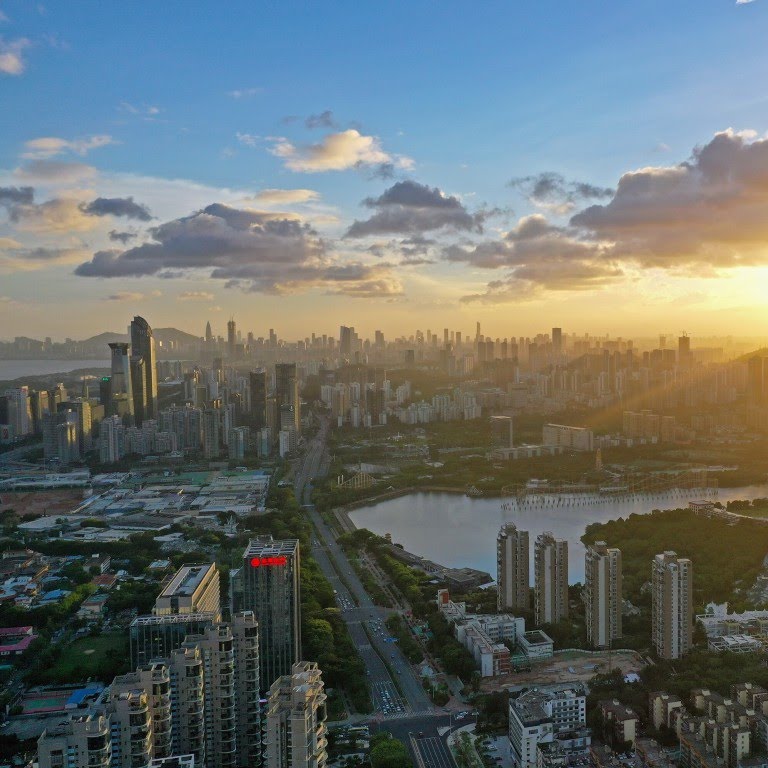 I just love this quote:

But what can we expect when so many people cheered as rioters of last year chanted “let’s destroy and die together”, and “if we burn, you burn”?

Rest of the article:

emblem21 said:
Another reason why the next collapse or depression better hit these bastards hard enough so they cannot rise ever again. Since all they seem to do is bomb other countries and then demand there worship, even after they kill there friends and family
Click to expand...

These bastards have taken gaslighting abuse to a civilisational level
E

hashtagpls said:
These bastards have taken gaslighting abuse to a civilisational level
Click to expand...

Saddening isn't it. But you know, this year has turned things around on them quite a bit. From the trade war, the HK riots and the pandemic among others, nothing is going right for the USA right now at all. Sooner or later, the USA must deal with the fact that the nation has lost so many jobs that it makes the depression a walk in a park along with the fact that thanks to there stupid management of the virus that the situation has now mutated. Consider the fact that the election is going to be the most crazy election that could decide the of the world, one more mistake, could very well take the house of cards down along with it. If the USA insists that they can keep on lying and gaslighting the world and may in fact be able to trick everyone multiple times, they certainly cannot trick God (the one they insists blesses them) and given the current chaos, you think they might reflect on where they have gone wrong. If they don't stop and repent now, God is going to take everything way from them.
You must log in or register to reply here.