Viktor Jav said:
If what you stated holds true, that the true value of the CV-17 is in the construction process and not the actual carrier itself. Then the CV-16 and CV-17 would probably not have as long and illustrious a career as some might had thought.
If the CV-17 is merely a first trial before the next generation of carriers which are completed with catapults, then it would be highly suspect of the PLAN to keep them in service as soon as the 002s and 003s are in commission.
Click to expand...

Who knows? The entire class was supposed to be an intermediate step en route to the Ulyanovsk to begin with.
It was not supposed to be in service for this long I think.

To be honest I think that non-CATOBAR carriers are of limited utility and have questionable economics.

What the Chinese have which the Soviets did not have is an actual economy which can pull this entire program off, and an actual tangible need for it.
Just the fact that Taiwan alone exists is enough to provide a motive.

So I think the CV-17 program is already a success even before actually entering service.

I think they already learned most of what they could learn in operating a ship of this type with the Liaoning. Barring actual military operations there is little else they can do.

What the CV-17 provides over the Liaoning, IMHO, is experience and confidence in building your own carrier. I originally expected the Chinese to build two carriers of the type. I think the fact they aren't doing that and that the CV-17 seems to be a single ship and they are moving to a different design on the next two carriers, which are already in construction even, means they consider this design to be an intermediate which, similar to the Type 051B, won't be manufactured anymore unless there is a disaster happens with the Type 002 program.

I also am unsure how transferable will be pilot training on these ship classes to a CATOBAR. Likely more than a VTOL would be, but not good enough I think.
If the end goal is the CATOBAR won't operating these ships mean you have two distinct pilot training regimes for little purpose?
Last edited: Apr 28, 2019

Sometimes, an explanation is much easier than any theory ... The dry dock at Dalian shipyard was not flooded for the Type 002 carrier but for the Type 901 Fast Combat Support Ship, the PLANS '965' Hulun Lake came back from Qingdao and arrived this morning at Dalian. 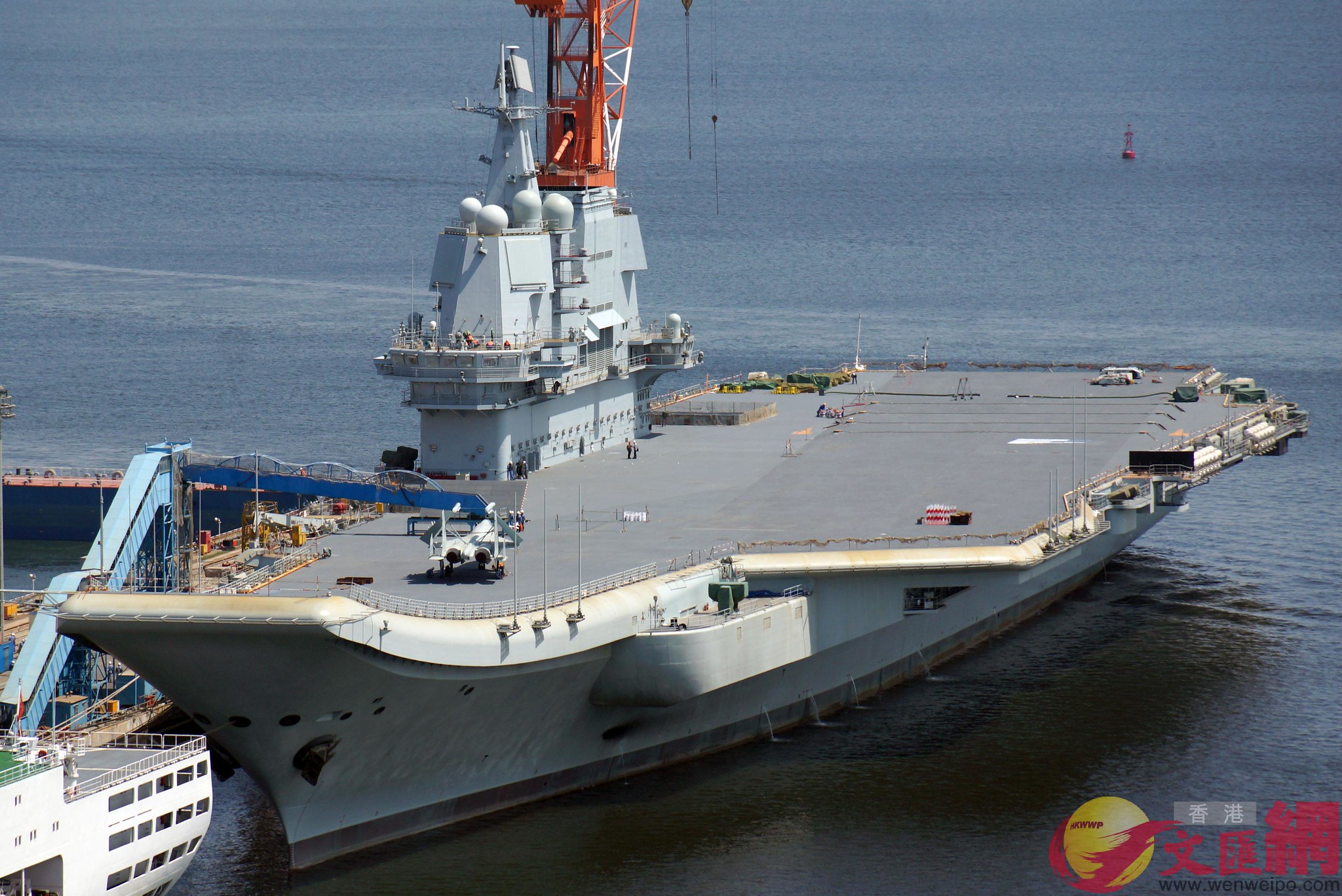 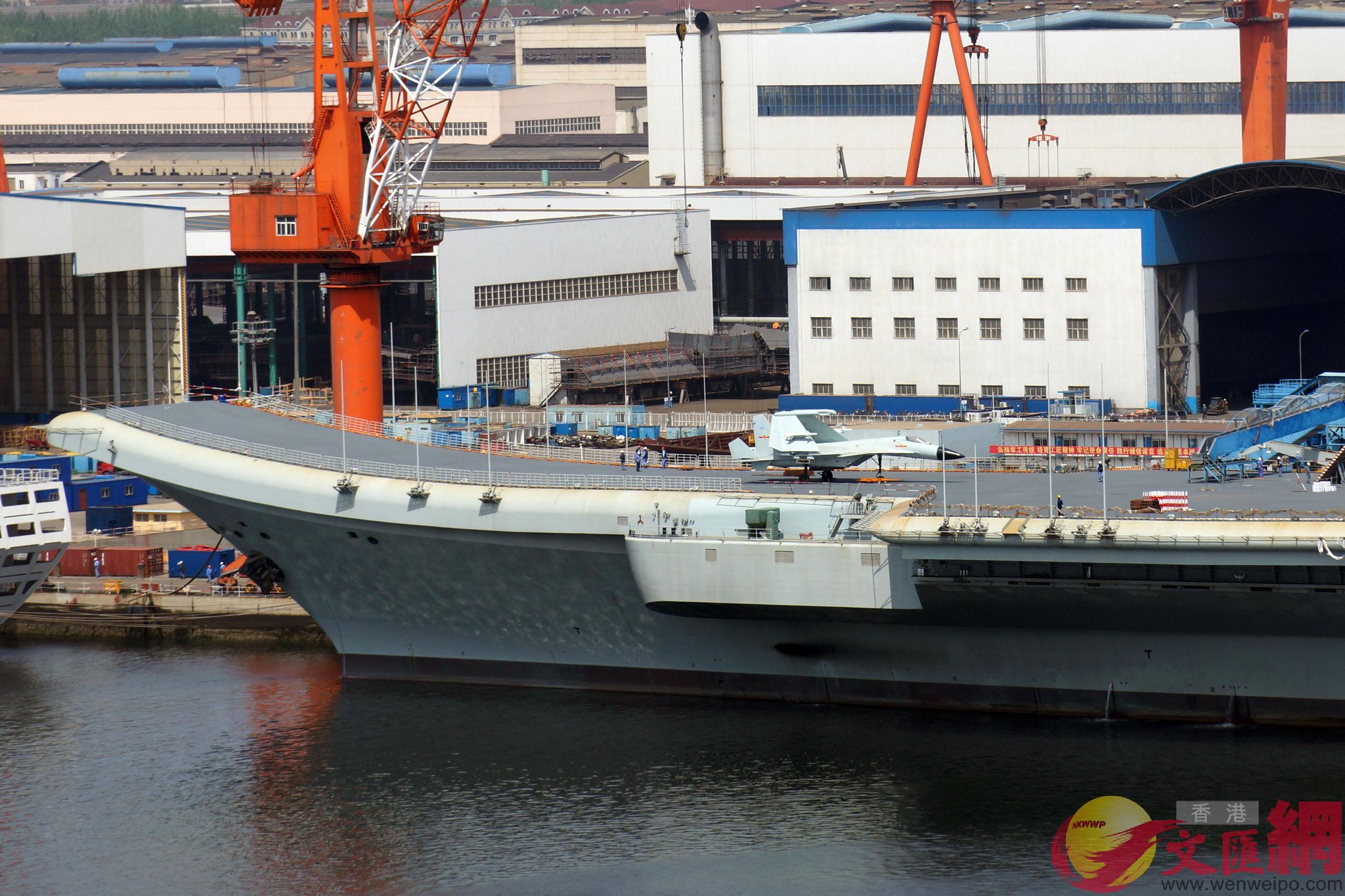 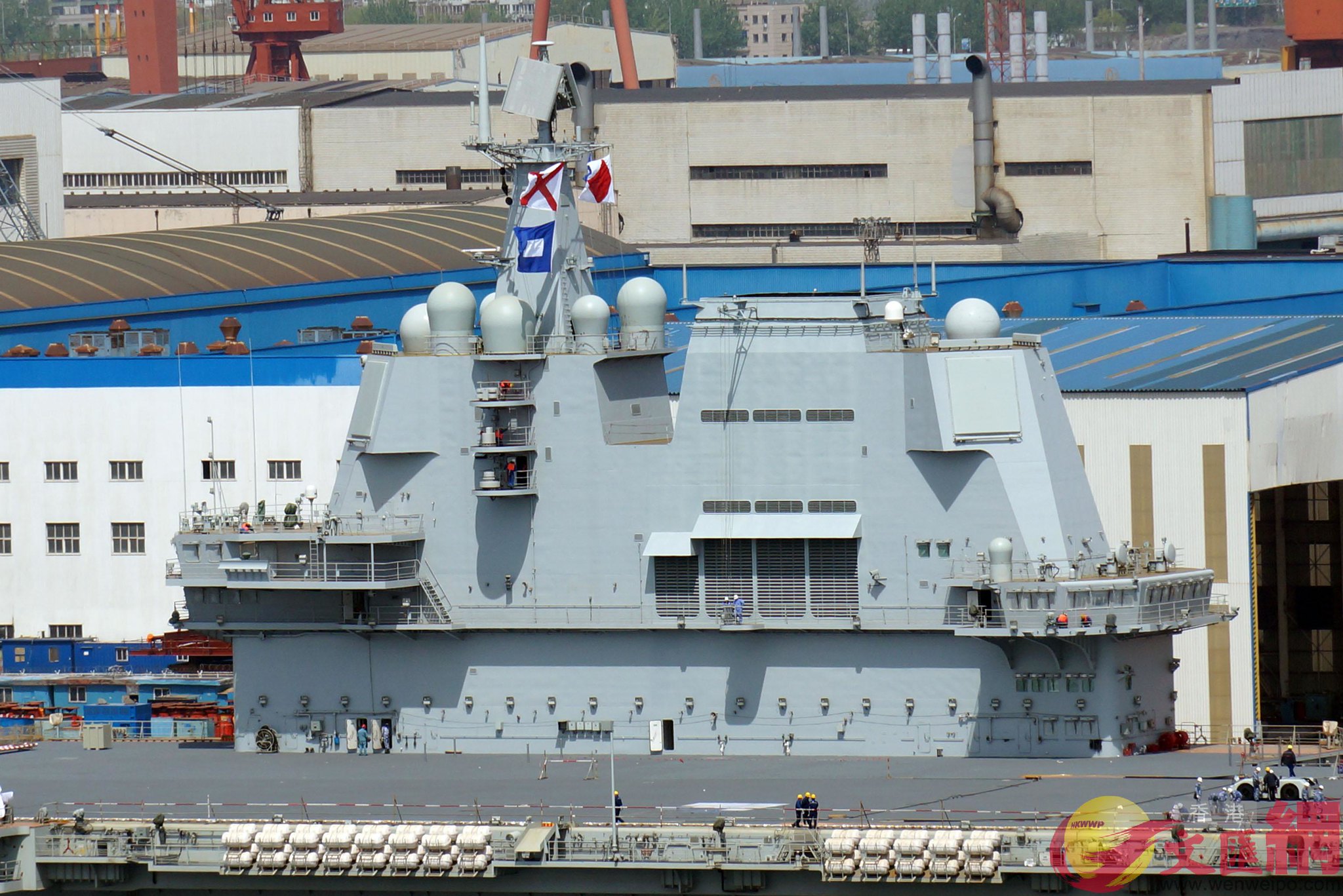 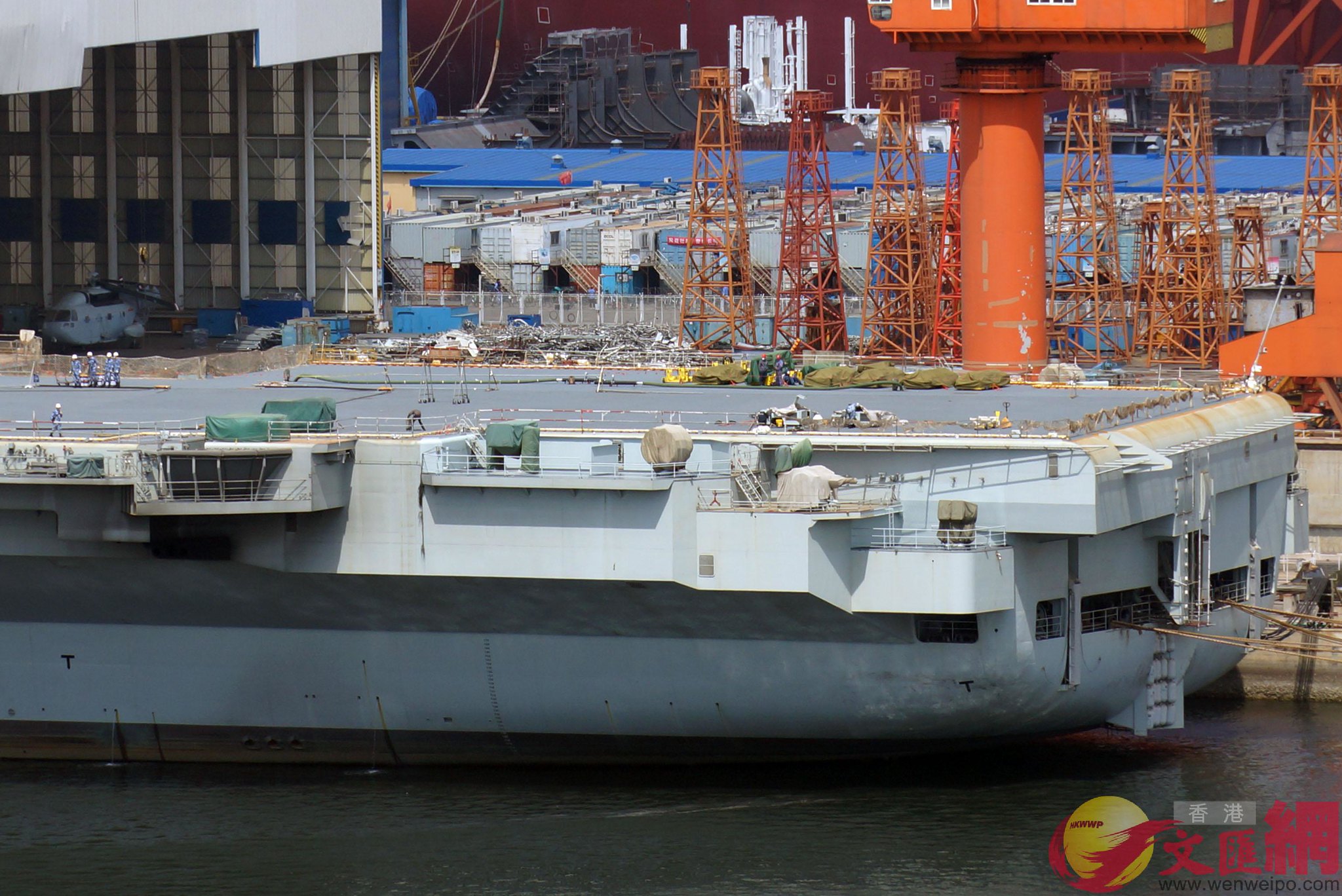 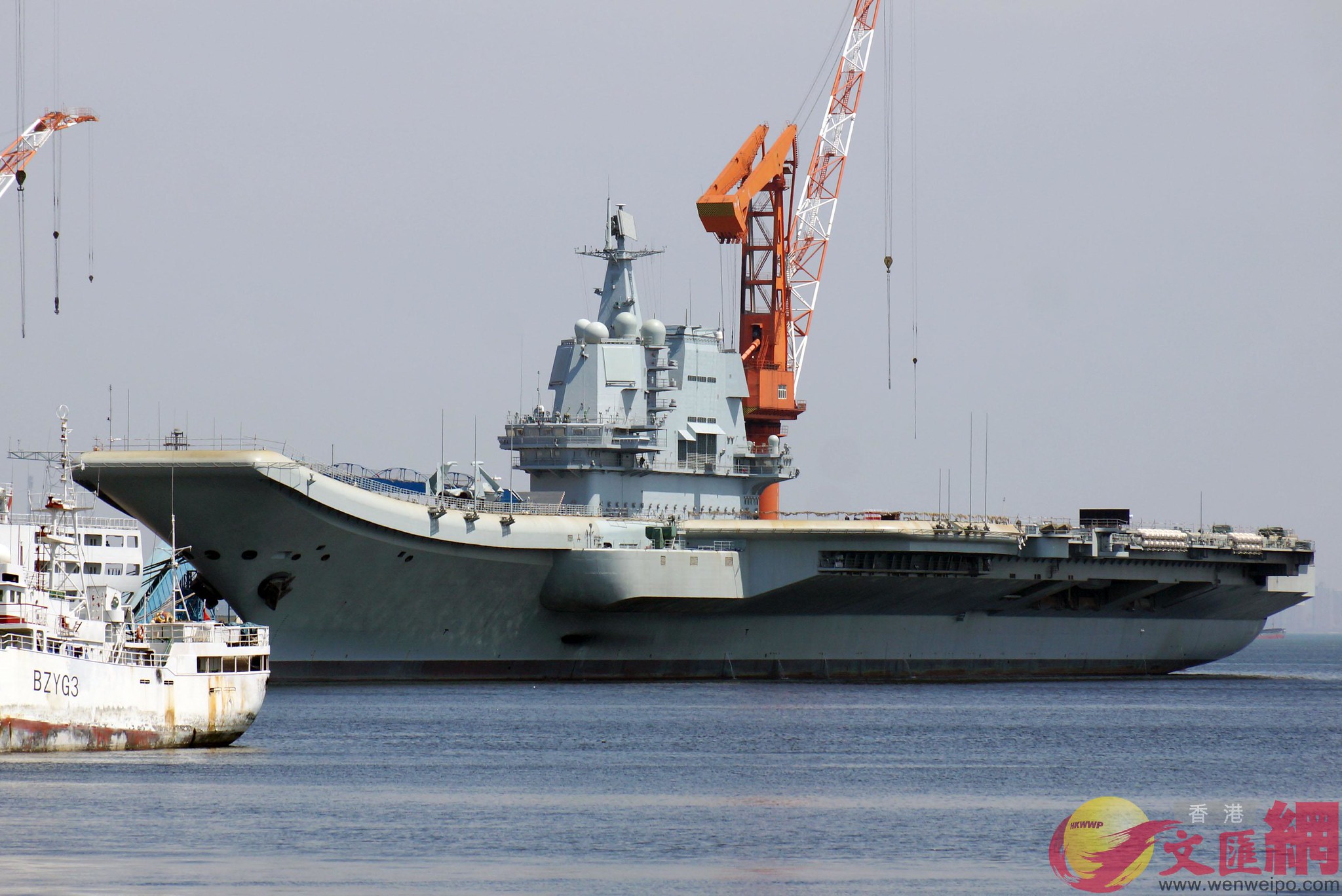 The dry dock is used as a normal harbor basin.

Intrepid said:
The dry dock is used as a normal harbor basin.
Click to expand...

Maybe to refuel CV 17 because the gas tank cap is on port side? or star side? not sure
That explain the sudden lowering of depart ensign . Oop no gas

I think replenishment at sea is a new discipline for the Chinese Navy and the crews meet to exchange experiences.

Both ships, the fast combat support ship and the aircraft carrier are high in the water. Both ships are waiting to be filled with bunker oil I think.

Intrepid said:
Both ships, the fast combat support ship and the aircraft carrier are high in the water. Both ships are waiting to be filled with bunker oil I think.
Click to expand...

Exactly. I would suggest replenishing exercise is scheduled next .

snake65 said:
Exactly. I would suggest replenishing exercise is scheduled next .
Click to expand...

Seems you were correct !