2handedswordsman said:
the only viable solution
Click to expand...

Only if you lack imagination and history. Spanish flu did far worse heck even Swine flu. The economies will recover from this, even for profit.

Registered Member
History is evolving not repeating. Different times back at 1918, different times 102 years later. Btw i said viable. Dropping infated money into the sink to move a dead corpse, and later send the bill to taxpayers isn't viable. How about governments debt? We faced it and nowdays we facing it in the hardway, capitalist economics Is black humour joke. Any way all we can do is wait and see!

PiSigma said:
Or the entire Indian medical system is broken.
Click to expand...

I truly hope they are not expecting 70% of Indians to be infected. What will they say if India manages to stay well below their 70% mark... How should they solve the great India puzzle then?

In fact, the confirmed cases in South Korea, one of the earlier epicenters, have dropped significantly. they now have a total of 9241 confirmed cases after testing >270,000 people. With a population of >50 million, the infection rate would be 0.018%, so much below 70% (the mark set by the Indian experts). The SK infection rate is about 3 times higher than China's overall, surely well below that of Hubei province, the epicenter in China. So how should they solve the South Korea puzzle?

TerraN_EmpirE said:
Only if you lack imagination and history. Spanish flu did far worse heck even Swine flu. The economies will recover from this, even for profit.
Click to expand...

I agree completely. Unlike other natural disasters that destroy infrastructures and facilities, this one simply halts things. Everything will still be in its place by the time this is over. People will go back to what they do the next day and everything will be back to 100%. People will forget about this and kisses and hugs will come back too...

TerraN_EmpirE said:
most of those have been NYC cases. Which skew the numbers.
farther more the deaths related to pneumonia’s often sit in those numbers.

The States decide how to react. However even then it’s not entirely clear cut. California is on a Lock down as is Massachusetts, Washington state and New York State. But in the case of NY most of the cases are in NYC not the more rural upstate.
California again it’s mostly centered in the cities LA county and the Bay Area has a hugely dense population almost like a mega city.
in Washington state it’s centered to in King county.
as such most of the rest just have a handful of cases. Lockdown orders impose huge penalties of economic hardships. They can make matters worse as if you can’t get food or basic functions you bring in worse issues.
The cure is worse than the disease.
California has had over a third of the unemployment claims thus far as nonessential business closed.
thats destructive.
The company I work for has recently responded by cutting a shift from my work place. My shift in fact as such I am burning vacation time to make up for it and using some of my savings. I am not happy about that. But that’s what a lock down does.
Click to expand...

(= the country under a partial lockdown that is enforced),

so I understand somebody who lives in a completely different environment

(= a country where no countermeasures are enforced)

may have a completely different perception,

and personally I wouldn't try to say who's right or wrong, because I don't know that (only God knows that);

now, after a much longer chunk I normally write, I say briefly this:

(and many people are scared -- in a minute I'll post about a survey of what people in Poland say they do during a partial lockdown),

and I pray both will work

Anyone still down playing this disaster should see this scary

sorta continuation of 12 minutes ago: 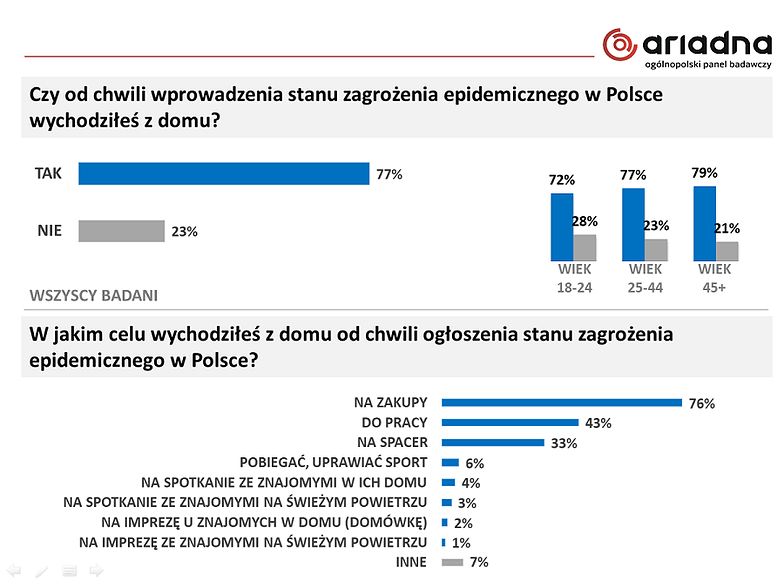 TerraN_EmpirE said:
Only if you lack imagination and history. Spanish flu did far worse heck even Swine flu. The economies will recover from this, even for profit.
Click to expand...

Totally agree. This is a black swan event and weak companies will die and the strong will survive. Companies with strong balance sheets will take this opportunity to take over small players and expand.

Lack of savings or too aggression expansion of companies that got shocked by this can learn a lesson.

For small mom and pop shops, I feel for them, but again, they shouldn't have too much expenditures right now either.