The Ea-03 has been in service for a while already but we haven't got a single close up of it in proper colors.

Seem like they found customer for this UAH they did conducted missile firing test for different terrain
Most likely the PLAN. Imagine type 56 with its organic heli surveillance system(radar, EO)
From Henri K
Please, Log in or Register to view URLs content!

For its second public appearance at the 4th edition of China Helicopter Exhibition in mid-September, the Chinese military VTOL drone AV500W has made a new skin and attracted the eyes of quite a few visitors.

Designed by China Helicopter Research and Development Institute (CHRDI), a research firm specializing in the rotating wing of the AVIC aircraft manufacturer, the AV500W is the armed variant of the AV500 helicopter drone .

The AV500 civil base version is 2,415 meters high, 7,204 meters long and can take off at up to 470 kg with mission payloads not exceeding 160 kg, including 120 kg of equipment, including an optronic ball, a SAR radar and other communication devices.

The aircraft has an 8-hour autonomy in flight and is capable of reaching 4,000 meters of altitude at a maximum speed of 170 km / h.


Please, Log in or Register to view URLs content!
The digital model of the civilian base drone AV500 (Image: CHRDI)


Its armed version, AV500W, was presented for the first time at the Zhuhai Air Show in November 2016, during which two Saudi delegations, the ADASI company of the UAE Ministry of Defense and the intelligence services of Namibia and of Malawi have all shown
Please, Log in or Register to view URLs content!
.

At that time the drone had almost the same physical appearance as its civilian twin, with only two fins serving as additional weapons bearers.

But the "new" AV500W appeared in Tianjin this year is clearly distinguished by a more contoured line and seems to have taken into account passive stealth measures in its new design, at least from the outside.


Please, Log in or Register to view URLs content!
Former AV500W presented at the Zhuhai Air Show in November 2016


The figures provided by CHRDI during China Helicopter Exposition now mention a MTOW of 450 kg, 20 kg less than the AV500. In-flight autonomy is also reduced to 4 hours only, compared to 6 hours (80 kg of cargo) and 8 hours (55 kg) indicated last year.

The project seems to have made a big step forward since the new video made public shows that the drone has already carried out tests of fire. The AV500W manufacturer presented its armored drone under the new design with a YPC-01 gun pod , two small Air-Sol missiles of 6 and 10 kg each, and two different types of pod of unknown function.

It is unclear whether these developments were required by potential customers, including the Chinese Navy, which is seeking to deploy military helicopter drones for reconnaissance and identification missions. 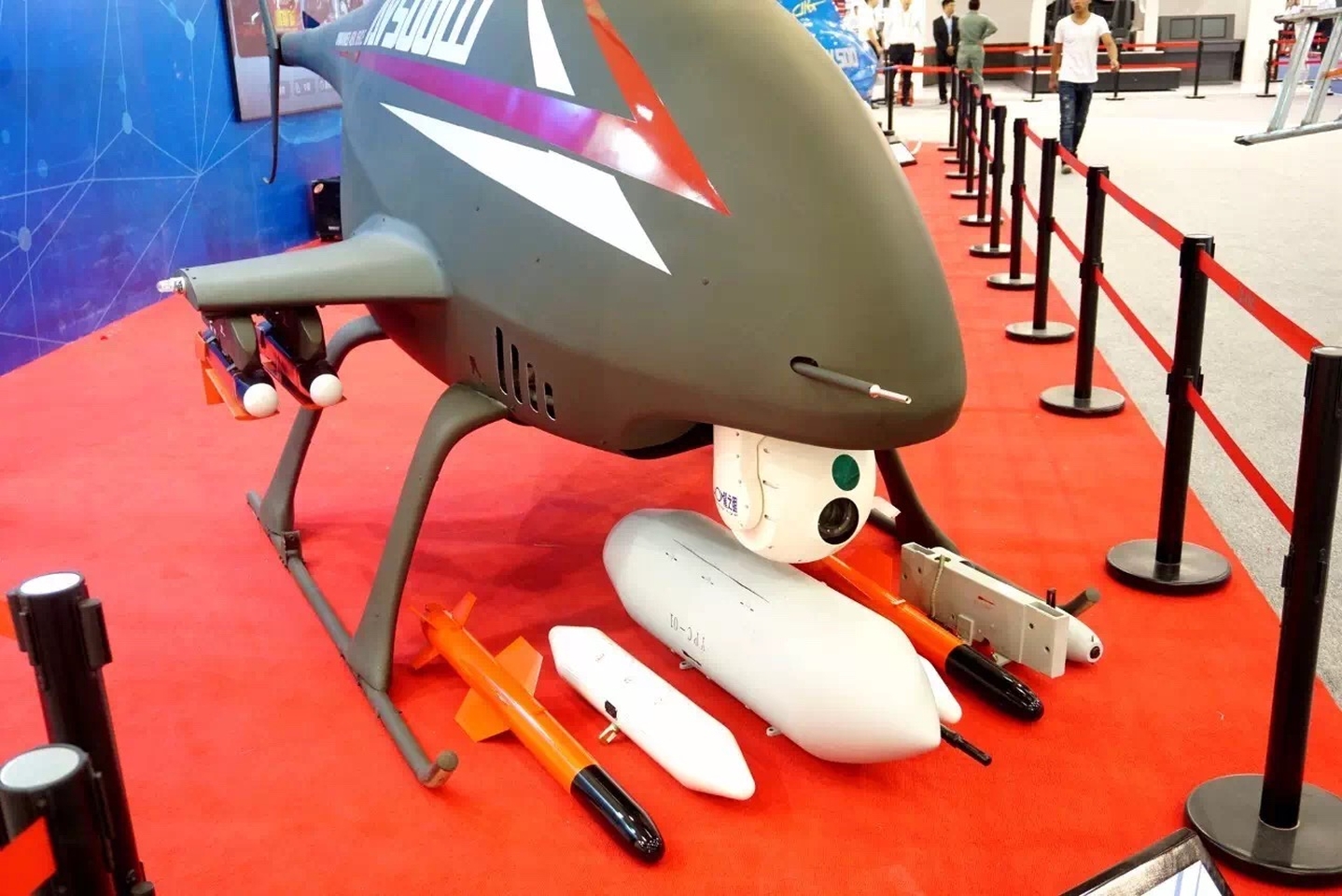 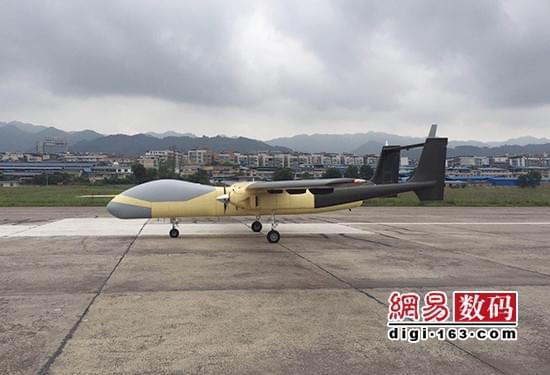 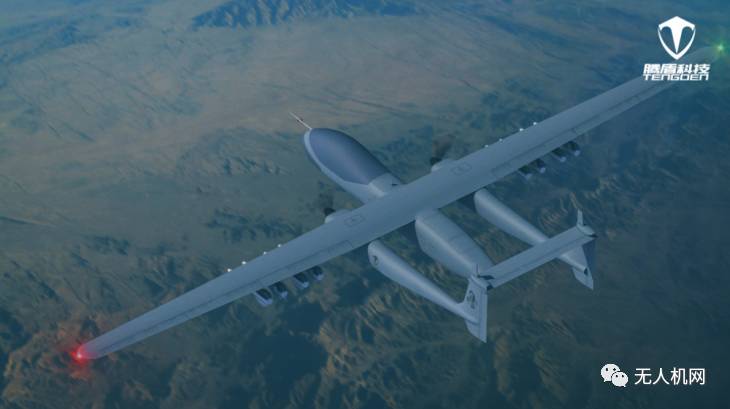 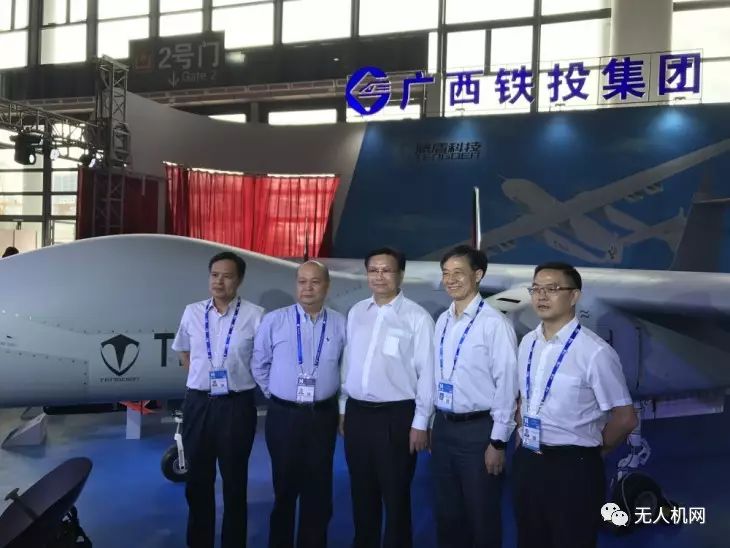 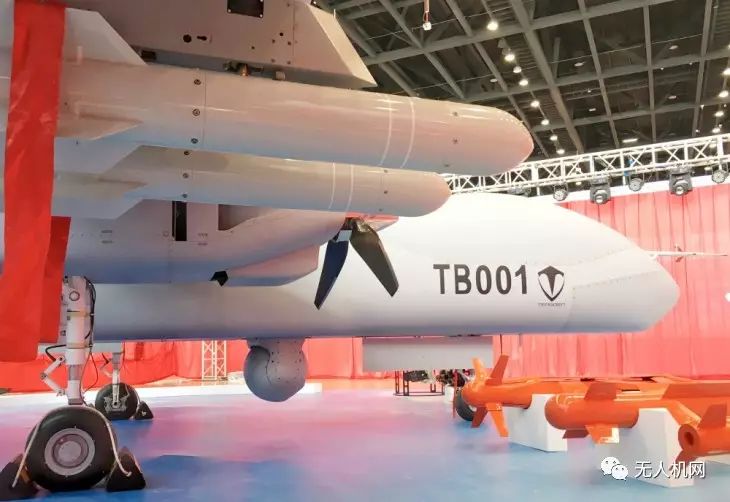 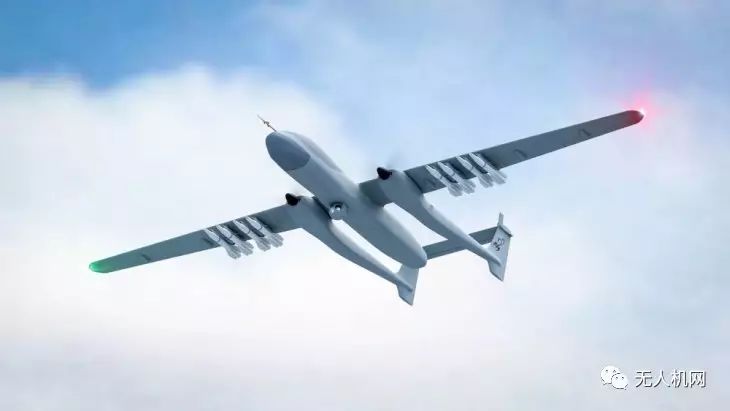 Here is the write up from Henri K about this mysterious company that come from nowhere and can built the UAV sofast. Turn out this company is founder is well known aerodynamicist with backing of provincial SOE. they are based in Chengdu the new hub of aerodynamic in China As I said the future of Chinese defense industry lay in the participation of the private company. It will unleash torrent of creativity and ingenuity you ain't see yet

Tengden (腾 盾 科技), a Chinese company founded in January 2016 and still little known until then, has made itself known recently thanks to the successful inaugural flight of its first drone called TB001 , which becomes one of the largest drones High Altitude-Long Endurance (HALE) of the country.

Already at the last China-ASEAN Exposition Exhibition (CAEXPO) which took place in Guizhou in mid-September, the young Chinese thumb hit hard by revealing its four different drones at one time - the HALE TB001, the MALE TA001 and two helicopter drones HA001 and HB001.


Please, Log in or Register to view URLs content!
The presentation of the Tengden drones at CAEXPO 2017 (Photo: 910 大熊)

The "TB001" is named "Scorpio with double tail", a nickname derived from that of a famous bandit who appeared in the novel " Au bord de l'eau ", which is one of the four classic novels of early Chinese literature. large size Chinese drone with two engines and also two generators on board.

In a twin-wing configuration with high wings, this new Chinese drone is 10 meters long, 3.3 meters high, and has a large span of 20 meters. Its MTOW of 2,800 kg allows it to embark nearly a ton of payloads.

The drone is controlled either by a LOS link within a radius of 280 km, or by a satellite link over a distance of more than 3 000 km.

Tengden says that three prototypes of TB001 have been built so far.

The location of this first flight test was not reported but it is the Taipingsi military airport in Chengdu, not far from the Tengden site.

But the military ambition is also clearly displayed by Tengden since the TB001 is mainly presented to CAEXPO with a panoply of Air-Sol ammunition, notably the guided bombs of the family FT designed by the Chinese aerospace group CASC.

This is also the case for the other three Tengden drone models, all of which were exposed with weapons.
Last edited: Oct 12, 2017

The question now arises as to how a young company created less than two years ago with a capital of one million yuan, or about 128 thousand euros, already manages to fly a drone of such size and the other three models before the end of the year, when it took several years for some countries to emerge.

Curiosity thus leads us to dig deeper into its management team and its financing.

It turns out that the two founders of Tengden, Dr. GUO Liang (郭亮), 34, and Professor QIN Kai Yu (秦开宇), both teach at the University of Electronic Science and Technology of China ), a university located in Chengdu and ranked first in China in the field of electronics and information technology.

It is assumed, therefore, that the Tengden drone projects actually come from the work carried out by the UESTC on the one hand and the AOSSCI on the other at least at the technical level. This explains why the company has successfully completed the development cycle of four drones in such a short time.

Financially, it is also interesting to note that some local press had called the four Tengden drones, including TB001, as "designed" by the
Please, Log in or Register to view URLs content!
, a state-owned group focused on railway investment.

It is therefore more than likely that the Tengden Foundation was able to benefit from the funds coming directly from this national group. This is a typical model of what he calls "Production-Education-R & D integration" (产学研 结合) in China.

For example, the same model can be found at Xi'an ASN Technology Group, a supplier of several military drones to the Chinese army, which is in fact a subsidiary of the Northwestern Polytechnic University.

We are therefore waiting to see if this mode of operation will quickly generate first orders for Tengden, if not already, with domestic customers.

Would the Chinese military buy these drones from a private company ?

Hytenxic said:
The Ea-03 has been in service for a while already but we haven't got a single close up of it in proper colors.
Click to expand...

Franklin said:
Would the Chinese military buy these drones from a private company ?
Click to expand...

Why not? in recent national congress the new buzzword is civilian military integration where the defense establishment will open more and more sector to private company.

Chinese private company are innovative, dynamic and very efficient. It is the opposite of slow and plodding SOE
Take example Turbine blade Chinese SOE has known the process to manufacture single crystal turbine blade for a long time. But the yield is so poor it become expensive
Recently a private company can do it with much better yield.
There is place for SOE as system integrator and incubator of new system just like DARPA

So yeah I will see in the future Chinese private company will get larger share of defense procurement
You must log in or register to reply here.