Neat 3 D rendering of Wingloong II promo video showing the manufacturing of Wingloong II I try to find out the engine size for this Wingloong II can't find it in public domain. Except for pay load and ceiling it is close to Reaper. Considering China is close to decade behind they close the gap fast Newer and stronger engine will come up soon
I believe this UAV is in the service of PLAAF

Interesting write up about the new UAV Caihong V. This UAV is not in service with PLAAF. Henri K make interesting comparison between CH5 and Wingloong II but the format get screwed up click the original website. the main difference is the engine WLII use turboprop and CH V use recip engine

The last one was in mid-September in Gansu province, western China, where two new types of guided munitions were tested.

The first is a 100 kg laser-guided bomb, the heaviest one ever tested by a Cai Hong (彩虹, meaning Rainbow in Chinese) drone, which is then supplemented by an Air- Surface of 80 kg.

Both are also developed by CAAA, the subsidiary of the CASC group, which is responsible for the design and manufacture of drones and related armaments.

Although the exact location of the test was not revealed, the images of the television report suggest that the drone took off from Jiayuguan Airport near the Gobi Desert.

According to the young chief engineer of the CH-5 program, other test shots have already taken place soon after the first flight of the Chinese drone, but this mainly concerns smaller weapons, developed for drone models more old and especially smaller as the CH-3 and CH-4 for example.

Several countries have already shown a keen interest in this new Chinese armed drone, CAAA says that negotiations will take place by the end of the year.

The CH-5 is a military MALE drone that is less than 12 meters long and has a wingspan of 21.5 meters. With an MTOW of 3,300 kg, the unmanned aircraft can carry 200 kg of internal payloads and up to 1,000 kg of external ammunition mounted on 6 points of transport, according to the information supplied by the manufacturer.


The lack of visibility in the defense domestic market means that the manufacturer is mainly focused on exports, particularly in the Middle East.

The Iraqi army, for example, has been using the CH-4B for more than a year to strike terrorists. Saudi Arabia has also imported an assembly line recently to build its own Cai Hong drones, but it is unclear whether this includes the new CH-5. 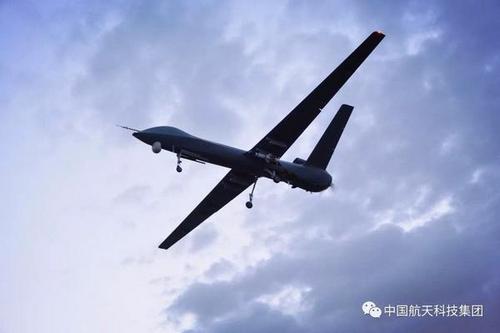 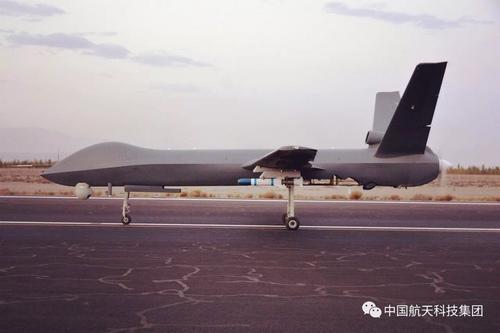 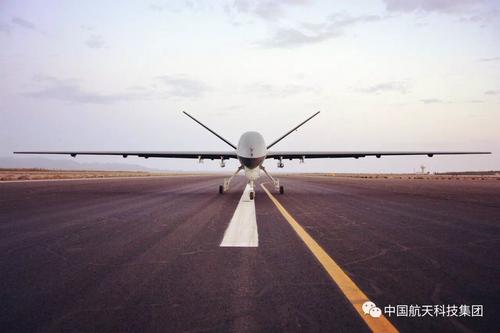 Inside Wing Loong II's ground control station. The console designs been updated, with improvements made in ergonomics and man-machine-interface.

The competition is heating up between these 2

Like its competitor CH-5 of the CASC group, the Wing Loong II of the aircraft manufacturer AVIC also conducted the Air-Ground shooting tests this year. 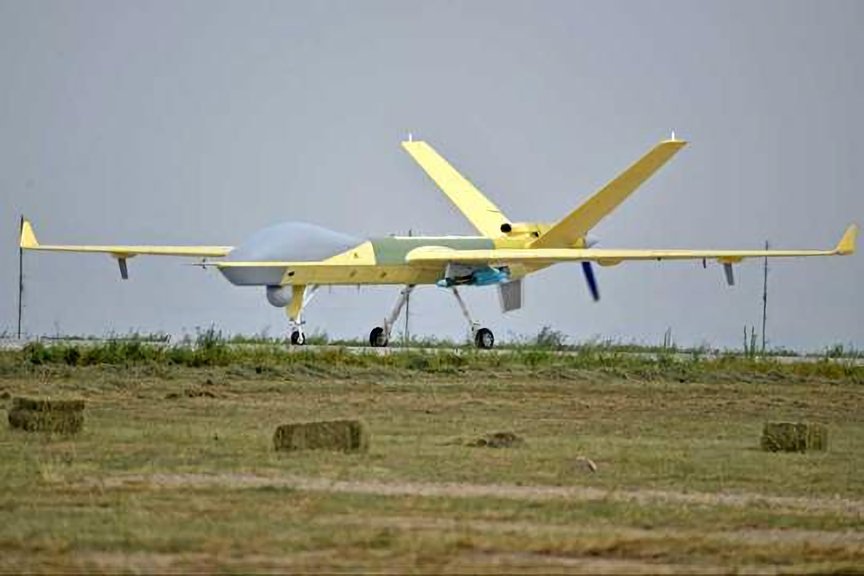 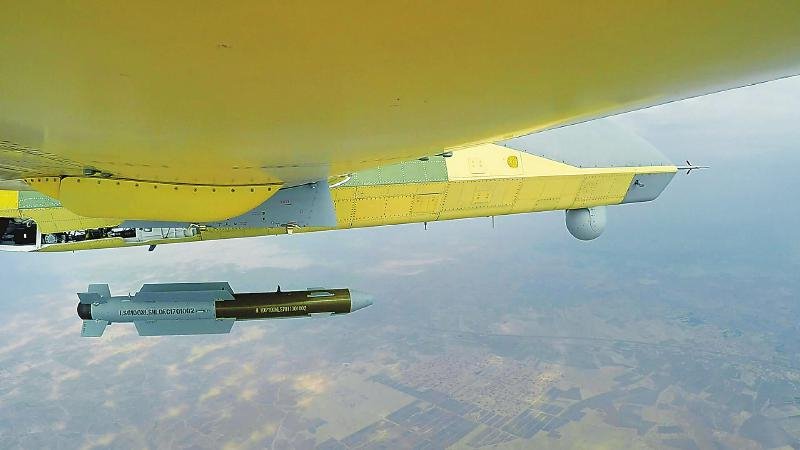 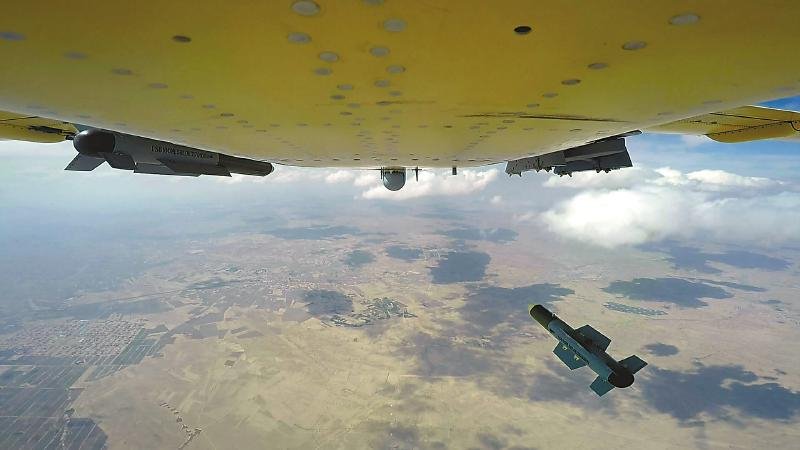 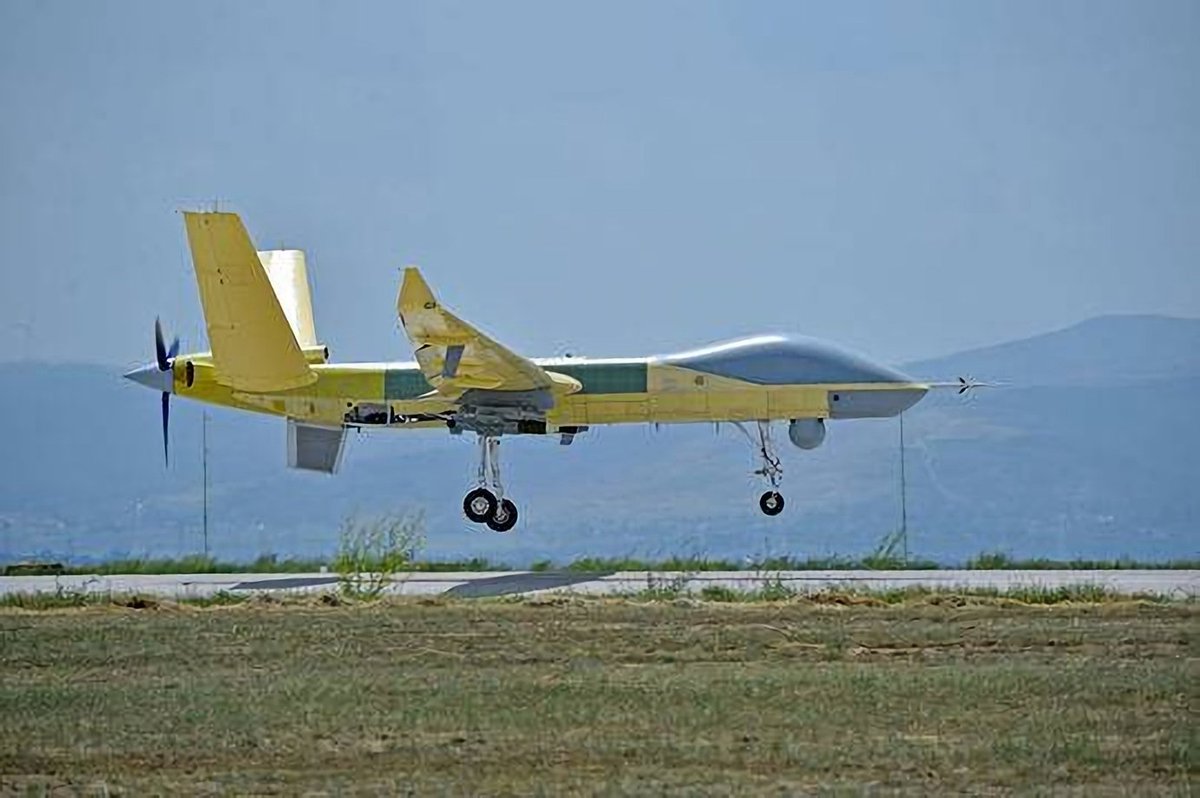 In the brave new world of large and autonomous UAV, Harpy is probably anachronism now . But the story of Harpy show China determination to break the western choke hold on defense technology. Of course everybody rooting for the under dog . Along the way China make improvement on the original harpy with improve guidance,freq spectrum and longer range as originally planned contract to IAI. Before it was scuttled by the embargo Here it is from Henri K

Please, Log in or Register to view URLs content!
ASN-301: the already distant cousin of the "Harpy" kamikaze drone
At the last military parade in July to celebrate the 90th anniversary of the Chinese army, the latter unveiled not only a new mobile ICBM, the DF-31AG , but also three new types of tactical drone - a communication jammer radar jammer and finally, a suicide anti-radiation drone known under its export reference, ASN-301 .

Although the same drone was already presented at IDEX 2017 in February this year, it is still its first public presentation in China, since it entered service in the Chinese army more than 10 years ago.

The history of the ASN-301 dates back to the mid-1990s when the Chinese army procured 100 IAI Harpy drones of Israeli origin for 55 million US dollars.

This small Israeli drone, derived directly from another anti-radiation drone of the German company Dornier, is equipped with a radar signal sensor and an explosive charge of 32 kg, capable of patrolling at 4,000 meters of altitude and at a speed of 185 km / h, and attack ground radar stations in "kamikaze" mode with a CEP precision of 15 meters.

In the meantime, Harpy's upgrading program, which was included in the initial contract between China and Israel, was also blocked in 2004 by the US, as was the AWACS A50Iproject planned for the Chinese Air Force.

But neither could prevent the Chinese from developing these weapon, and proceed to continue development alone. This is how the Chinese AWACS KJ-2000 was born and the ancestor of the ASN-301.

Compared to its basic Harpy model, the ASN-301, or JWS01 in the internal chinese designation of the Chinese Army, has an additional data link with the ground-based command units, allowing them to intervene and regain control of the drone if necessary.

This is made possible especially by the addition of an optronic sequence, capable of returning the visual data to the ground. It is the same capability that Harpop has as Harpy's successor also developed by the IAI.

The passive antenna of the Chinese version of ASN-301 allows to capture a wider spectrum of frequency, now ranging from 2 to 18 GHz against 2 to 16 GHz for the export version. At least two distinct sensor patterns have already been seen on the Chinese drone, suggesting that the Chinese drone could target two different target categories.

The engine of the drone is always ensured by a piston engine, just like Harpy, but built in China. Unlike the model used by Harpy, it can be powered with simple petrol for automobile.

The size and speed of JWS01 are slightly improved from 500 to more than 600 km and from 185 to 220 km / h. The ASN-301 export version, on the other hand, seems to have experienced some constraints on the scope.

As for cost, the ASN-301 would be priced at two million yuan, or about 254 thousand euros, a little more expensive than a 300 mm guided rocket from the Chinese Army example.

CH-5 at or close to full weapons load... A different version of this was posted earlier, but that was a screen capture and of lower quality.

Taken from this video of HD what a precision see it hit the bull eye (cross)
China Air Force - domestic rainbow five UAV recently in an airport in northwest live shot demonstration
Why Henri K said air Force ? As far as I know this has not yet inducted into the PLAAF

The interesting part is the participation of 300 private company( 60% of the total parts) in order to expedite the production and testing of Wingloong II with record speed of 7 months between the first flight and delivery to client
From Henri K blog. This military and civilian integration will more common in the future and will expedite Chinese military modernization. This UAV is in service with PLA
Wing Loong II: Shooting tests and first delivery to the customer

The photos released late September on several local media in Chengdu, where the Wing Loong II is designed and produced, show that this new medium altitude and long endurance drone (MALE), weighing more than 4 tons on take-off, carried out at least one firing guided lasers against targets on the ground.

The Wing Loong II which still kept its yellow paint as at the factory exit seems to have fired two 100 kg LS6-100 bombs , also developed by AVIC.

This small born of the family of military drones Wing Loong can carry up to 480 kg of armaments under its six external points of transport and stay 20 hours in flight. The Chinese Air Force became a client a few years ago, version I, four times lighter than the Wing Loong II, as well as Saudi Arabia, the United Arab Emirates and Egypt.

The 611 Chengdu Institute, the designer of several Chinese fighter jets such as the J-10 , J-20and the FC-1 / JF-17 , is the successor of its Wing Loong I , began the development of Wing Loong II in 2015, which signed "the largest export contract in the field of drones ever signed in China" with a foreign customer, even before the first prototype flies.

The Chinese Air Force has already bought this new version.

More than 300 private companies are involved today in providing approximately 60% of the 130 million parts and components of Wing Loong II. There is even one that has opened
Please, Log in or Register to view URLs content!
, a great first in China.

One learns moreover that the first copy of Wing Loong II is about to be delivered to the customer (export?) In October. According to ZHENG Yong Feng (郑勇峰), senior engineer of the Chinese engineering firm, an aircraft is currently on display at the Sichuan Air Show, and it
Please, Log in or Register to view URLs content!
.

He also revealed several unusual elements on this drone - the first program to control several missiles from the same ground station, the fastest (370 km / h) and the highest (MALE 000 meters above sea level), and one based on the space shuttle gliding technologies that Chengdu is also developing, allowing Wing Loong II to return to the ground in special cases such as loss of fuel.

For a drone of such size that made its inaugural flight on February 27, 2017, that is to say only 7 months ago, and already a first copy to be delivered in a few days, this testifies not only the urgency of the customer demand, probably Saudi Arabia, but also the maturity of Chengdu to develop and produce complex weapon systems.

We will have an opportunity to come back to these points later.