Registered Member
Interesting, if an economist say anything positive about China then he making his demigod statement from the amber tower, if one talk about any negative then get the torches and axes and the spare phd in microeconomics from the drawer : D: D

Separately, urban and rural per capita disposable income reached 39,251 yuan and 14,617 yuan in 2018, up 5.6 percent and 6.6 percent in real terms after deducting price factors, respectively, according to the National Bureau of Statistics (NBS).

In 2018, the real growth of per capita disposable income in rural areas was faster than that in urban areas, indicating narrowing of the urban-rural income gap, according to the NBS data.

Chinese per capita consumer spending increased by 6.2 percent year on year in real terms to reach 19,853 yuan in 2018. The increase was 0.8 percentage points faster than the previous year.

By 2020, China aims to double the per capita income of its urban and rural residents from 2010 levels to build a moderately prosperous society.
Click to expand...

Anlsvrthng said:
Interesting, if an economist say anything positive about China then he making his demigod statement from the amber tower, if one talk about any negative then get the torches and axes and the spare phd in microeconomics from the drawer : D: D

Yeah, that's because everyone who says China's economy will falter is wrong. Gordon Chang said the Chinese economy would collapse by 2012... then, he extended it by 1 year hoping against hope. Pettis said Chinese GDP growth will be 3% by the end of the decade. Most regard the 9th year is the end of the decade, but he technically still has 12 months left.

It's not that interesting; China's economy keeps growing healthily, therefore everyone who says that it cannot is wrong and people don't respect "experts" who are proven wrong. This is cause-and-effect, not random coincidences that at so interesting to see together!
A

There are currently several "noises" in the media about China's Economy. Those familiar with recent geo-political and global economic/financial problems should be wary of "nay-sayers", mostly from the Western Media. There are also serious economic problems facing the US, UK (with Brexit), EU, there are bias reporting focused mainly on China. Major events are unfolding ....including US & China talks on Tariffs as well as other global economic issues that major countries hope to solve. Let's not "snip noses to spite faces". 2019 has just begun, & economic/financial, security, political, security events/issues will gradually unfold. The Year of the Boar will be a challenging year for all countries (worth their salt!).

Not everyone read the tea leaves the same way as our expert here.

HONG KONG: China’s more than $13 trillion economy will likely stabilize in the second half of 2019 without the need for aggressive stimulus, according to Goldman Sachs Group Inc. Chief Economist Jan Hatzius.

”We don’t think it’s going to be an aggressive amount of stimulus,” Hatzius told Bloomberg Television’s Rishaad Salamat in an interview in Hong Kong. “But we would expect some stabilization as we move through 2019 in the Chinese economy.”


The pace of expansion in the world’s second largest economy slowed to 6.4 percent during the fourth quarter, the softest since 2009.

For the full year, the economy expanded 6.6 percent, the slowest pace since 1990, stoking expectations for additional stimulus from the government after a series of piecemeal measures ranging from tax cuts to steps to boost lending.

While China is locked in a bruising trade war with the U.S., Hatzius pinned much of the slowdown on the government’s policy push to curb the overall level of debt in the economy.

”The most important driver really has been the credit deceleration and the concerns about financial imbalances on the part of the policy makers that has led them to pursue stricter policies,” he said.

But he also flagged the risk to sentiment and investment from the trade war and cautioned that negotiations between the U.S. and China could yet fail to resolve their differences.

For his global outlook, the Goldman economist said he sees little need for major changes to global forecasts even as the International Monetary Fund Monday cut its forecast for the world economy, predicting it will grow at the weakest pace in three years in 2019.

He added that the slowdown in the U.S. is necessary to help steer the economy away from a hard landing. Which means the Federal Reserve is likely on hold, for now.

”They have appropriately moved to a pause,” he said, adding that the next few months will feature “a very neutral environment and very neutral language.”

On Brexit, Hatzius’s base case remains for the British government and European Union to eventually agree on a withdrawal agreement.
”There is some risk of a hard Brexit, but we would really only put that at 10 percent,” he said. - Bloomberg

Amid external uncertainties and a rise in protectionism, China's gross domestic product (GDP) expanded 6.6 percent year on year in 2018, illustrating the resilience of its economy.

China's GDP totaled 90.0309 trillion yuan (13.28 trillion U.S. dollars) in 2018, statistics released on Monday show. The figure was achieved in the context of domestic reforms entering a critical phase and China steadfastly furthering its efforts to open up to the rest of the world.

In such a complex environment marked by tight global liquidity and increased market uncertainties, this economic resilience will allow China to remain on its own course of pursuing more market-driven growth.

Over the past year, China's economic development targets have been fulfilled and supply-side structural reforms have further advanced. China has deepened its reform and opening up and largely improved the well-being of its people.

The resilience of the Chinese economy stems from stable macroeconomic policies. Furthermore, efforts are made to constantly increase economic vitality. At the micro level, China's decision-makers pay more attention to pro-cyclical and countercyclical fine-tuning.

They have launched a variety of reform and opening-up measures that are flexible and targeted for problems in different fields. Borrowing costs, for instance, are increasingly market-based.

The market-driven approach to economic reform has produced positive results, increasing the confidence of foreign investors in the Chinese economy. Statistics show a total of 60,533 foreign-funded enterprises were set up in China in 2018, up 69.8 percent year on year.

Germany's BMW announced in October that it will pay 3.6 billion euros (4.1 billion U.S. dollars) to raise its stake in BMW Brilliance Automotive, a joint venture with China's Brilliance Auto, from 50 percent to 75 percent.

"China continues (to) open its economy to outsiders," Germany's DW reported. BMW "has become the first to take a majority stake in its joint venture there."

From the world's factory to the world's market, China has become an industrial hub that connects every corner of the globe in the eyes of foreign businesses.

Based on its own national conditions, China's reform and opening up in this new era of growth will create an open market economy based on Chinese characteristics and international comparative advantages.

Despite a complex and challenging external environment, China's economy will continue to maintain its stability and be a pillar of global growth.
Click to expand...

Anlsvrthng said:
Interesting, if an economist say anything positive about China then he making his demigod statement from the amber tower, if one talk about any negative then get the torches and axes and the spare phd in microeconomics from the drawer : D: D

I may be wrong. But I do not believe he's an economists. He's qualification are master in business administration and master in international studies.
It's impressive nontheless. But an economists he is not.
And when he constantly and consistently wrong (particularly on China) on the stuff he writes. One would have to treat his opinions with caution.
Especially so when he writes about China can't innovate because it is in our cultural and the chinese education system. It showed clearly the racist undertone.

China will become a high-income country by 2025 and the world's largest economy by 2030, Justine Yifu Lin, former senior vice president and chief economist at the World Bank, said on Monday. 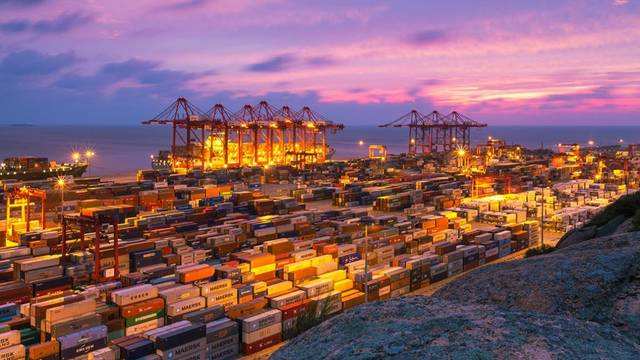 China will stick to supply-side structural reform in 2019, including deleveraging and eliminating excess capacity, to improve the quality of economic growth, economists have said.

Despite the progress, challenges and changes remain, as the Chinese economy is undergoing the process of restructuring and upgrading, according to Ning.

"The imbalance between supply and demand has yet to be rooted out, and the solution of this contradiction hinges on the supply side," said Li Wei, head of the Development Research Center of the State Council.

Previous structural adjustments should be reinforced, with continued efforts to downsize glutted industries, reduce all types of business burdens and channel more energy into weak areas including infrastructure, according to Li.

In terms of overcapacity cutting, a case in point is Yaojie Coal and Electricity Group Co. Ltd. the company's profit increased by nearly 40 percent year-on-year despite its coal production capacity being reduced 1.7 million tonnes.

As a result, gross profit of China's large mining companies climbed 31.9 percent yea-on-year to 146.7 billion yuan in the first 11 months in 2018. Meanwhile, profit of large and medium steel companies totalled 280.2 billion yuan, up 63.5 percent year on year, according to industry data.

From January to November last year, corporate costs of industrial enterprises above designated size further dropped by 0.21 yuan per 100 yuan of their revenue.

Industrial output, officially called industrial value added, is used to measure the activity of designated large enterprises with an annual turnover of at least 20 million yuan.

Interesting to read, & at times some blatant comments in this chat group..... however, it's worthwhile to ponder the advise of an Old Chinese - Li Shimin "A person's greatest setback is FAILING (capitals my emphasis) to know himself".
You must log in or register to reply here.