Former military aircraft now with civilian applications. These guys are a familiar sight in Australian skies over the summer fighting bushfires.

Thor', a C-130 Hercules contracted to the NSW Government to assist in fighting bushfires dispenses water during a demonstration over the Rickaby's drop zone near RAAF Base Richmond.
NSW Minister for Emergency Services, the Honorable David Elliott MP with the NSW Fire Service Deputy Commissioner Rob Rogers, announced that 'Thor' would be on hand again during the coming bushfire season.
Click to expand... 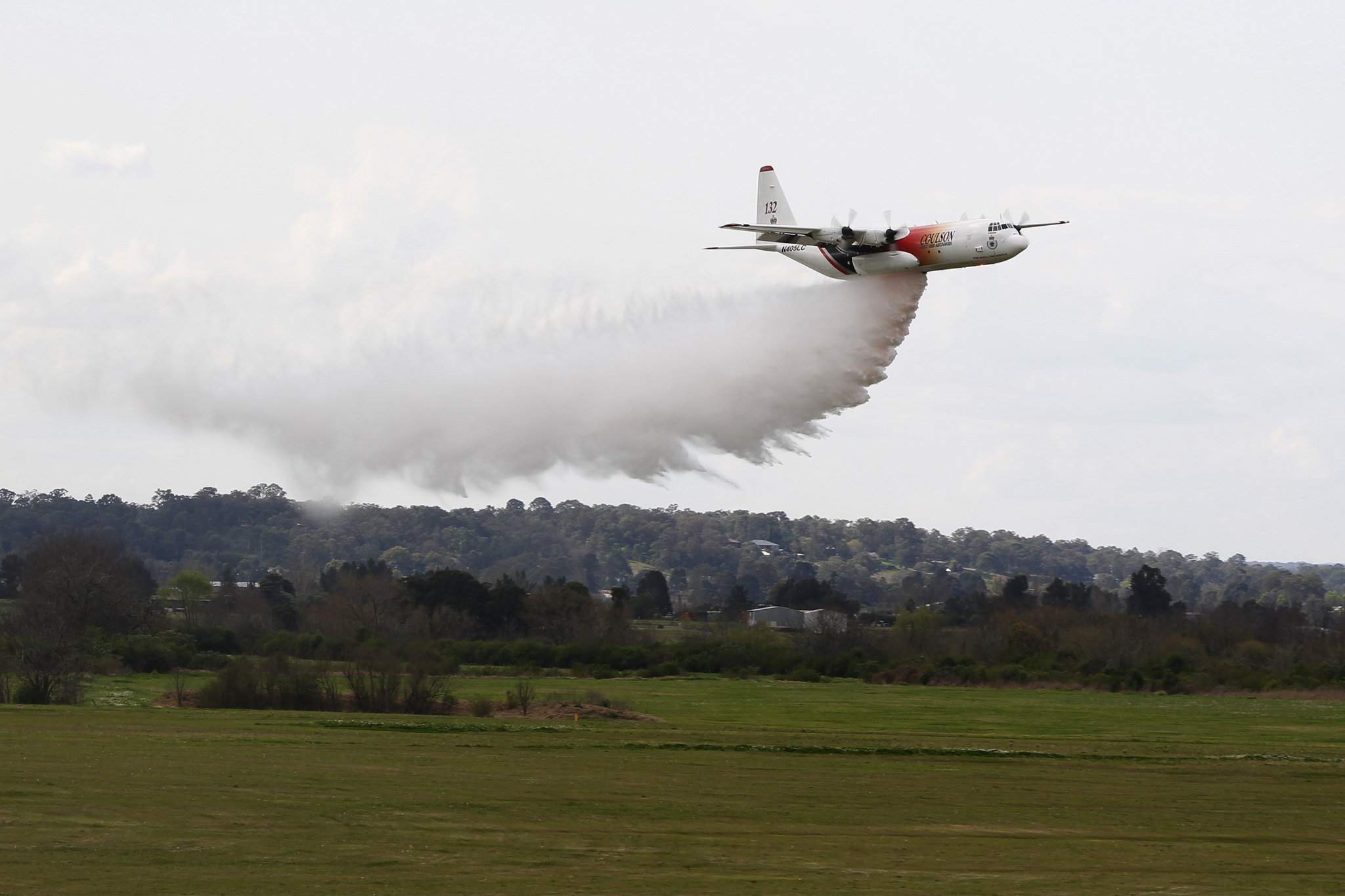 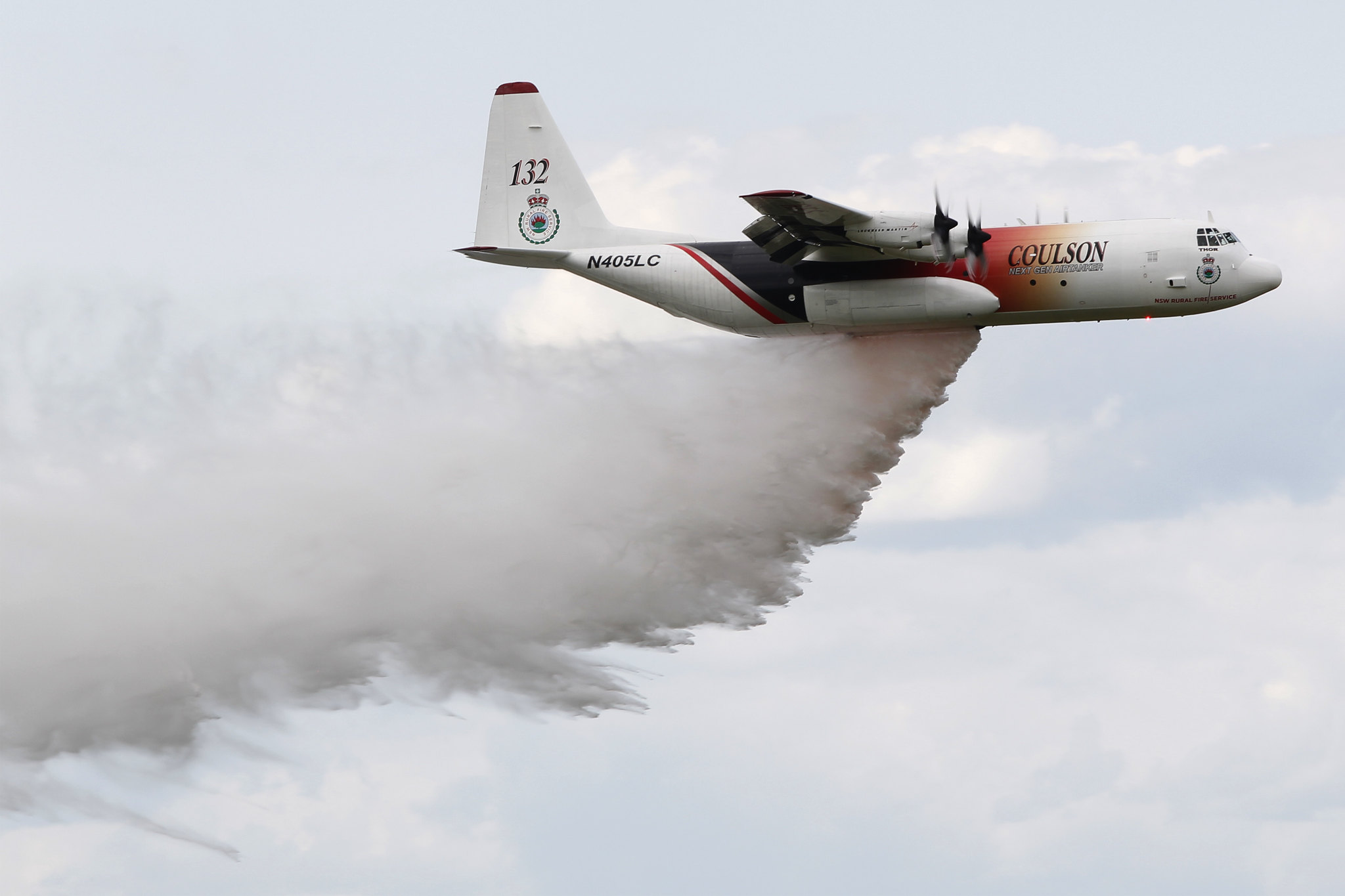 The Erickson Air Crane. I've had first hand experience with one of these saving my brothers home from imminent destruction from a bushfire. They are regulars here every year during the bushfire season. 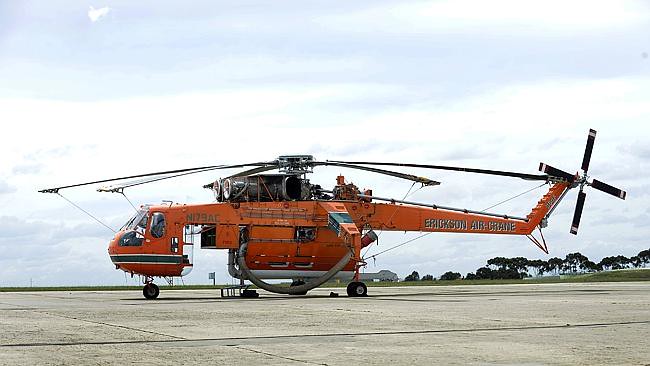 SouthernSky said:
Former military aircraft now with civilian applications. These guys are a familiar sight in Australian skies over the summer fighting bushfires.

The Erickson Air Crane. I've had first hand experience with one of these saving my brothers home from imminent destruction from a bushfire. They are regulars here every year during the bushfire season.

Same here in the US fighting forest fires.

Registered Member
Reading about Shortfin Barracuda SSK...
Deal can be signed in 2017 in this case first delivery in 2027, maybe one all the 2 years
Build to Adelaide, 3000 jobs in France 4000.

Air Warfare Destroyer: Project Update August 2016
The AWD Alliance continues to work towards the delivery of three Hobart class AWDs, with the project currently focused on achieving two major milestones: the commencement of sea trials for Ship 1, Hobart, in September and the launch of Ship 2, Brisbane, in December 2016.

LOL haven't seen
"program has successfully implemented a re-baselined cost and schedule as part of the ... long term arrangements for ... reform"
line yet

Exercise KAKADU will see nations from around the Asia-Pacific region enhance interoperability, share knowledge and develop skills in responding to threats in the maritime and air domains with a multinational force.

Commander Australian Fleet welcomed participating nations and outlined his vision for the Exercise.

“I extend a warm welcome to all nations joining Exercise KAKADU. This exercise is important for forging relationships that build the trust on which we depend in times of crisis and in peace,” Rear Admiral Mayer said.

“Australia’s regional partners have come to the crucial city of Darwin and our seas to the north to develop expertise and mastery in maritime operations. KAKADU provides an opportunity to collaborate so that our combined forces can immediately respond at times that require the support of all nations.”

“Exercise KAKADU provides training opportunities across the full spectrum of warfare. We are many nations speaking many languages and KAKADU ensures interoperability to deliver a professional, safe, communicative and integrated force,” Commodore Wise said.

Exercise KAKADU runs 12 to 23 September and includes a harbour phase for planning and simulation, before moving into a sea phase where the ships and aircraft will divide into several multi-national task groups to exercise various scenarios, culminating in a task group versus task group “free play”.
Click to expand... 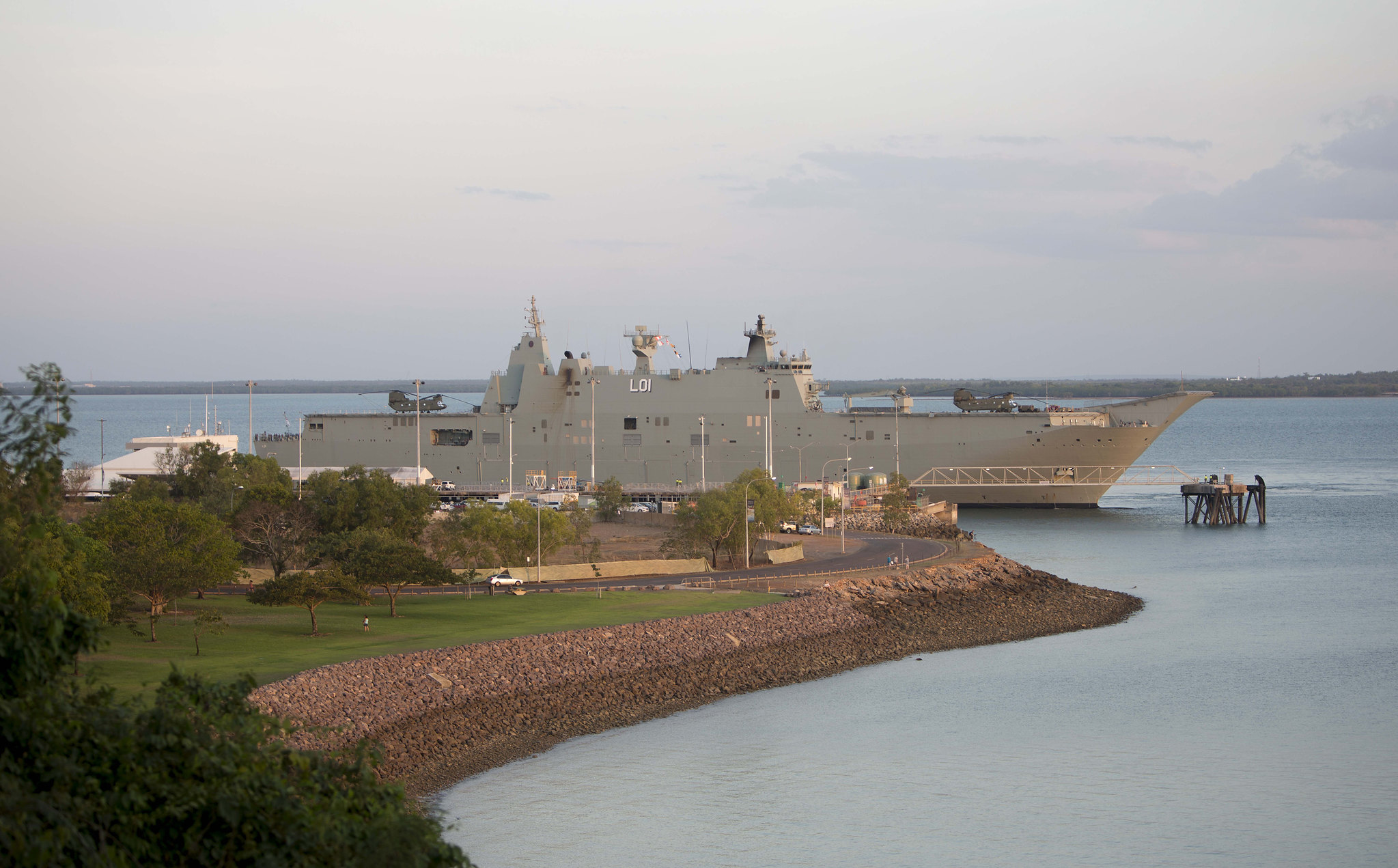 Indonesian Navy ship, KRI Sultan Hasanuddin sails in front of HMAS Adelaide as she enters Darwin Harbour at the start of Exercise KAKADU 2016. 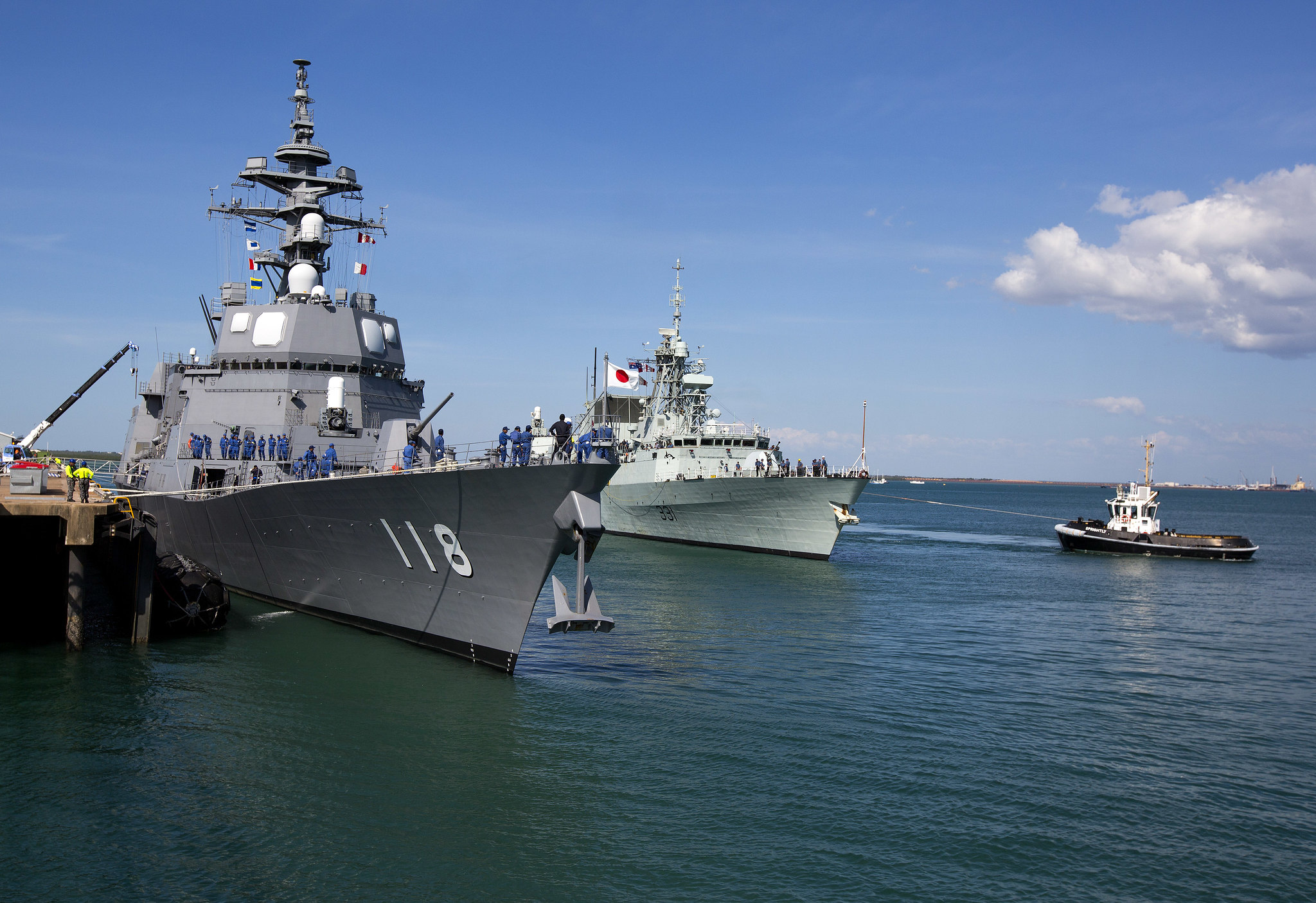 Canadian Navy ship, HMCS Vancouver prepares to berth at Fort Hill Wharf as she arrives in Darwin to take part in Exercise KAKADU 2016. 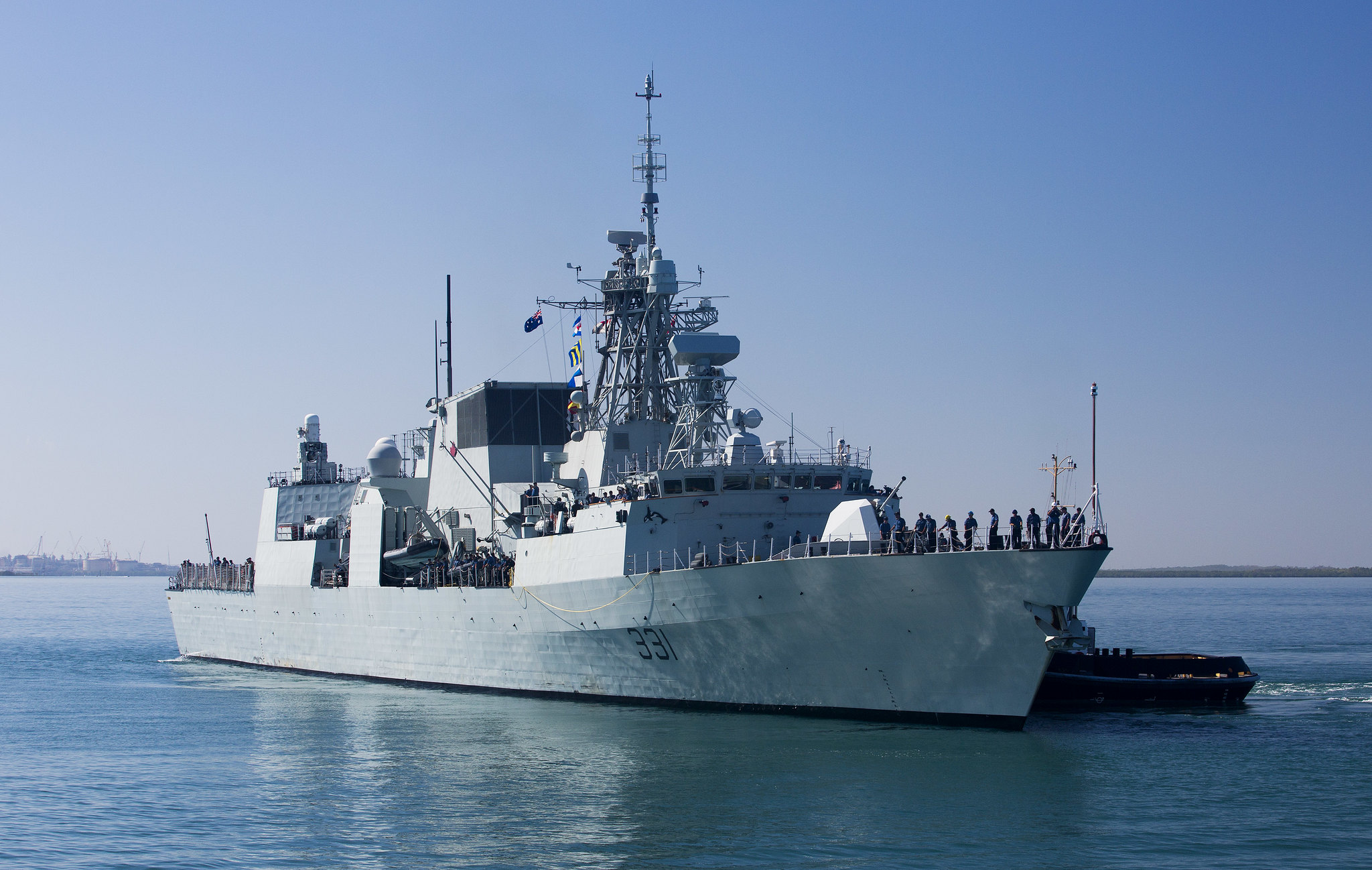 Excited ship spotters watch as HMAS Adelaide sails into Darwin Harbour for the first time, in support of Exercise KAKADU 2016. 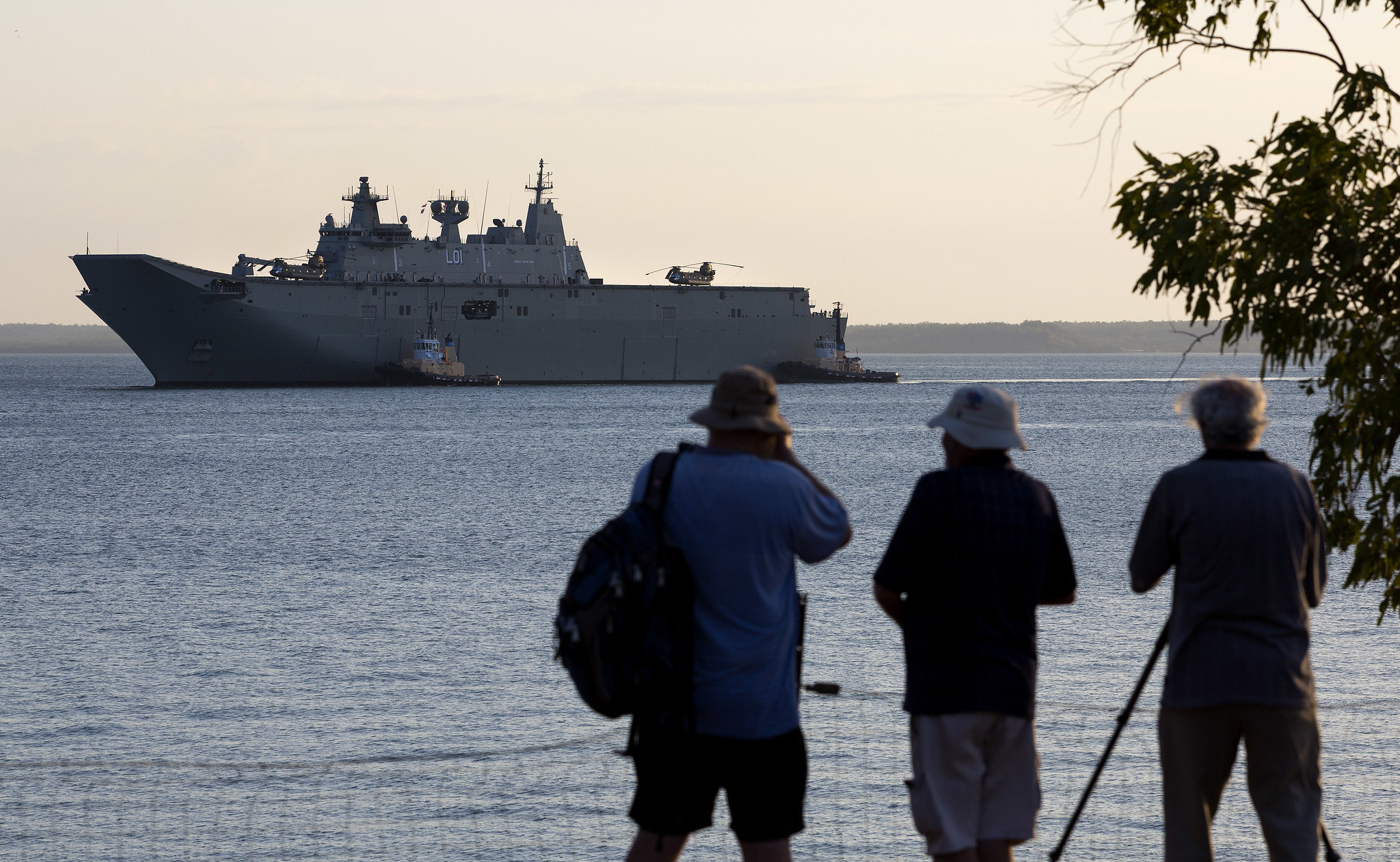 Their own very integrated combat system (Japanese AEGIS as it were, that is fully cpompatoible with their AEGIS vessels (and ours).

All in all, on the Akizuki class, the Japanese OYG-11 distributed computer architecture sytem, their FCS-3A integrated anti-aircraft warfare system with an OPS-50 dual-band and multimode active electronically scanned array radar, and their oQQ-22 integrated sonar and ASW suite was developed specifically to be comparable to and compatible with the counterpart systems on the US Zumwalt class DDGs.


Lockheed Martin, together with the U.S. Navy, ceremonially delivered the 24th, and final, MH-60R SEAHAWK® helicopter to the Royal Australian Navy (RAN). The hand-over occurred during a ribbon-cutting ceremony at Lockheed Martin’s purpose-built logistics and maintenance facility in Nowra which will house and maintain the new fleet

The ceremony was attended by representatives from Lockheed Martin, the Australian Chief of Navy, Vice Admiral Tim Barrett, as well as officials from the New South Wales State Government, the Royal Australian Navy and the US Navy.

The new facility encompasses two buildings - a Maintenance Repair & Overhaul base and a Logistic Centre warehouse that will provide Through Life Support logistics services for the Royal Australian Navy’s new fleet of 24 MH-60R SEAHAWK helicopters. Based in Nowra on the New South Wales south coast, the 8,300 square metre facility will house Sikorsky’s Australia-based, Helitech, Lockheed Martin and the U.S. Navy.

“We are delighted to be here today with our U.S. Navy partners to hand over the keys to the final MH-60R SEAHAWK helicopter to the Royal Australian Navy, said Raydon Gates,” Chief Executive of Lockheed Martin Australia and New Zealand. “Lockheed Martin is proud of the team who have accomplished such an outstanding achievement, delivering to Australia the full fleet of SEAHAWKS on time and on budget.”

“We at Lockheed Martin are committed to securing and investing in the future of Australia. This facility in Nowra will house and maintain the new fleet, contributing to the local community and creating local job opportunities,” continued Mr. Gates.

The Commonwealth of Australia chose the MH-60R “Romeo” SEAHAWK helicopter in June 2011 to fulfill the Australian Defence Force’s requirement for a fleet of 24 new-generation, multi-role naval combat aircraft. The program has run on time and on budget with all 24 MH-60 Romeos now delivered to the Royal Australian Navy - a feat which saw the program win Australia’s Capability Acquisition and Sustainment Group “Project of the Year” award in 2015.

Australia made an excellent choice with the MH-60 "Romeo".

I woud not be surprised if, in the future, they order even more of these excellent helicopters.

One of the things I read there, that was music to my ears, was this quote:


Article said:
The program has run on time and on budget with all 24 MH-60 Romeos now delivered to the Royal Australian Navy - a feat which saw the program win Australia’s Capability Acquisition and Sustainment Group “Project of the Year” award in 2015.
Click to expand...

With that kind of track record, if they need more, they will go back to that well for them.

My understanding is that these 24 are meant to be able to equip up to eight RN warships with ASW helicopter needs simultaneously while the remainder of the flet of aircraft are based at HM Albatross Air Station in south New Wales.

Well, we know that the Hobart class of three DDGs and the Anzac class of eight FFGs can each carry one helo. So those warfighters could have eight helos on them simultaneously.

What about the Canberras? Will any ASW helos be embarked on them?
Also, it is well known that ASW warfare in terms of prosecution is best served when a DDG or FFG has two helos so that if one is prosecuting a contact but then hits bingo fuel and has to RTB, another is already there to relieve it.

Aren't the SEA 5000 frigates going to have the pad and hangar facilities to accommodate two helos? I hope so.

It just seems to me that with the Canberras and with the next FFGs coming, that perhaps more than 24 will ultimately be required...probably could use more now, equipping enough vessels in a task group to provide the dual coverage if necessary.

...and we, Australia's long time Yankee friends, will be happy to oblige and provide them.
You must log in or register to reply here.