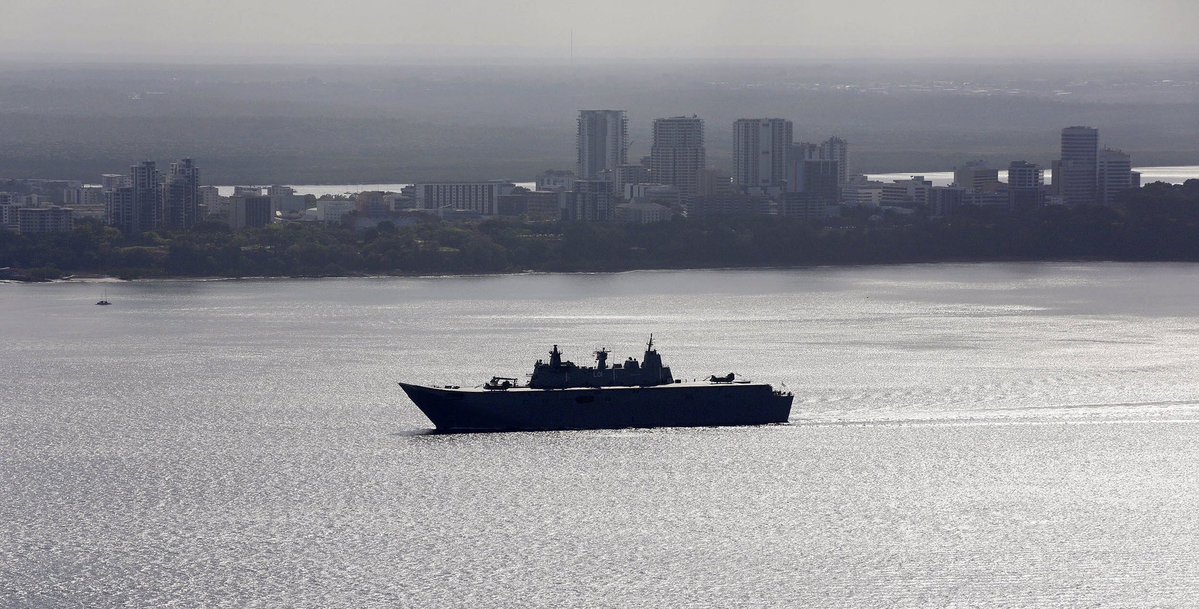 HMAS Adelaide makes her way to sea after hosting the Ex KAKADU16 official launch in Darwin
Click to expand...

Australia made an excellent choice with the MH-60 "Romeo".

I woud not be surprised if, in the future, they order even more of these excellent helicopters.

One of the things I read there, that was music to my ears, was this quote:

With that kind of track record, if they need more, they will go back to that well for them.

My understanding is that these 24 are meant to be able to equip up to eight RN warships with ASW helicopter needs simultaneously while the remainder of the flet of aircraft are based at HM Albatross Air Station in south New Wales.

Well, we know that the Hobart class of three DDGs and the Anzac class of eight FFGs can each carry one helo. So those warfighters could have eight helos on them simultaneously.

What about the Canberras? Will any ASW helos be embarked on them?
Also, it is well known that ASW warfare in terms of prosecution is best served when a DDG or FFG has two helos so that if one is prosecuting a contact but then hits bingo fuel and has to RTB, another is already there to relieve it.

Aren't the SEA 5000 frigates going to have the pad and hangar facilities to accommodate two helos? I hope so.

It just seems to me that with the Canberras and with the next FFGs coming, that perhaps more than 24 will ultimately be required...probably could use more now, equipping enough vessels in a task group to provide the dual coverage if necessary.

...and we, Australia's long time Yankee friends, will be happy to oblige and provide them.
Click to expand...

I can only think that further purchases of the Romeo would be likely. The process of acquiring them has been a shining example of how a MOTS purchase of a mature platform should be.

I can only think that further purchases of the Romeo would be likely. The process of acquiring them has been a shining example of how a MOTS purchase of a mature platform should be.

And I hope you get them too!

Heck, when we sell them to India, which was a good deal too...then we most certainly ought to be able to make a deal with you folks!

two more, not posted here yet if I'm not mistaken: 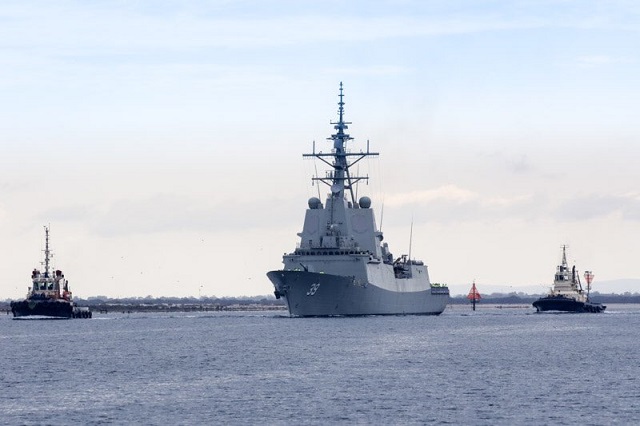 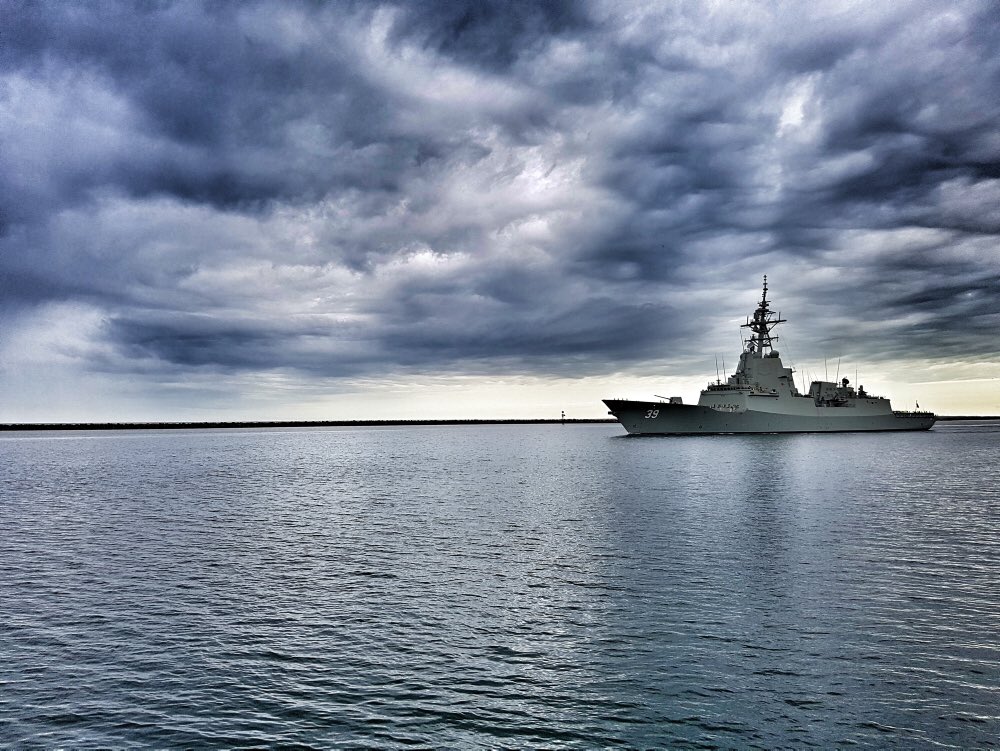 Link 16 for RAAF C130J with some unique capabilities.

As exercise Pitch Black enters its third and final week this week, the C-130J will be operating low-level tactical missions in a high-threat environment, supporting Australian and US Special Forces within the remote Bradshaw and Delamere training ranges in the Northern Territory. What is different, however, is that it will be connected to the networked battlespace for the first time in its operational career.

Australia is installing an Engility Corp. Joint Range Extension (JRE) TDL system into all 12 of its Hercules, and the installation is unique in that there are five display terminals: for the pilot, co-pilot, the two loadmasters in the cargo bay and the auxiliary crew station in the rear of the flight deck.

“This specific fit-out is unique to Australian Defence Force (ADF) airborne assets and what we have now is both a Beyond Line Of Sight (BLOS) and Line Of Sight (LOS) capability,” explained Flight Lieutenant Shaun Wilkinson, a C-130J pilot with No. 37 Squadron and a member of the Link 16 integration project team.

“There is also no other C-130 worldwide that has this system, no other Hercules has integrated Link 16 with a loadmaster station before.”

FLTLT Wilkinson said that the first operational sortie using Link 16 was only flown at the end of last week, after two weeks of testing.

“The RAAF’s Command and Control unit here in Darwin (114 Mobile Control & Reporting Unit) is using parts of Link 16 that they’ve never used before with fighter aircraft, even when they go to Red Flag,” he said.

“What is important is that in the cockpit we are able to take in the entire picture in a quick glance, where normally we would have to listen to our voice radios to try and build a complex mental picture of what’s happening.”

The upgrade work is being undertaken during regular servicing periods by Airbus Group Australia Pacific, the RAAF’s C-130J maintenance provider.

“The JRE team is thrilled with the recent success onboard the Australian C-130J, where the JRE solution was selected by the Commonwealth of Australia and Airbus to be the host system/TDL system for the Commonwealth’s major air platform,” Engility said in a statement to mark the conclusion of the ground-testing phase.
Click to expand...

"oops" in English is somewhat flippant and may be viewed as inapppropriate when referring to a mistake that cost human life. So at the request of other posters, and in en effort to avoid any unintended misunderstandings, I removed the "oops".

Australian aircraft were involved in a US-led coalition operation which killed dozens of Syrian soldiers who were apparently mistaken for Islamic State fighters, the Defence Department has confirmed.

Between 62 and 83 Syrian soldiers who had been fighting IS militants were reportedly killed in the air strikes around the Deir al-Zor military airport in Syria's east.

"Australian aircraft were among a number of international aircraft taking part in this Coalition operation," the Defence Department said in a statement.

"Australia would never intentionally target a known Syrian military unit or actively support Daesh (IS). Defence offers its condolences to the families of any Syrian personnel killed or wounded in this incident."

The Russian military earlier said two F-16s and two A-10 jets that flew into Syrian airspace from neighbouring Iraq carried out the actual attack. Neither type is listed as being in operation with the RAAF.

The strikes came less than a week into a fragile ceasefire aimed at stopping the bloodshed in Syria's five-year civil war, as Russia accused what it termed "moderate rebels" of causing the truce to fail.

The US military and Australia's Defence Department said the attack was called off after Russia informed the coalition that Syrian military personnel and vehicles may have been hit.

Pentagon press secretary Peter Cook said in an emailed statement that Russian officials did not voice concerns earlier on Saturday when informed that coalition aircraft would be operating in the strike area.

The 15-member United Nations Security Council met after Russia demanded an emergency session to discuss the incident and accused the US-led coalition of jeopardising the Syria deal and helping Islamic State.

The US ambassador to the United Nations, Samantha Power, chastised Russia for the move.

"Russia really needs to stop the cheap point-scoring and the grandstanding and the stunts and focus on what matters, which is implementation of something we negotiated in good faith with them," Ms Power said.

When asked if the incident spelled the end of the Syria deal between Moscow and Washington, Russia's UN ambassador Vitaly Churkin said: "This is a very big question mark."

"I would be very interested to see how Washington is going to react. If what Ambassador Power has done today is any indication of their possible reaction then we are in serious trouble," Mr Churkin said.

Russia said the attacks, which allowed Islamic State fighters to briefly overrun a Syrian army position near Deir al-Zor, were evidence that the US was helping the jihadist militants.

"We are reaching a really terrifying conclusion for the whole world —that the White House is defending Islamic State. Now there can be no doubts about that," the RIA Novosti news agency quoted Russian Foreign Ministry spokeswoman Maria Zakharova as saying.

"Warplanes from the international anti-jihadist coalition carried out four air strikes today against Syrian forces surrounded by IS in the Deir Ezzor air base," a Russian army statement said.

"Sixty-two Syrian soldiers were killed and a hundred others were injured in these strikes.

The Syrian Observatory for Human Rights monitoring group gave a toll of 83 soldiers killed, and said the strikes were US-led coalition raids.

Military airport has been scene of fierce fighting

Coordination between the US, which backs some Syrian rebels, and the Russian military, which backs the Syrian government, is a controversial issue.

Russia says the incident is evidence the US has stubbornly refused to coordinate so far.

But the US says the coalition did inform Russia of the forthcoming strike.

Syria's army has been fighting off a fierce Islamic State offensive around the Deir al-Zor airport since last year.

"The situation in Syria is worsening," said Russian General Vladimir Savchenko in a briefing.

Under the US-Russia deal, if the truce lasts seven days and humanitarian access is granted, Moscow and Washington are to work together to target jihadists including IS.

If the American side does not take the necessary measures to carry out its obligations... a breakdown of the ceasefire will be on the United States."

In a statement, the Russian defence ministry accused what it termed "moderate rebels" of causing the ceasefire to fail.
Click to expand... 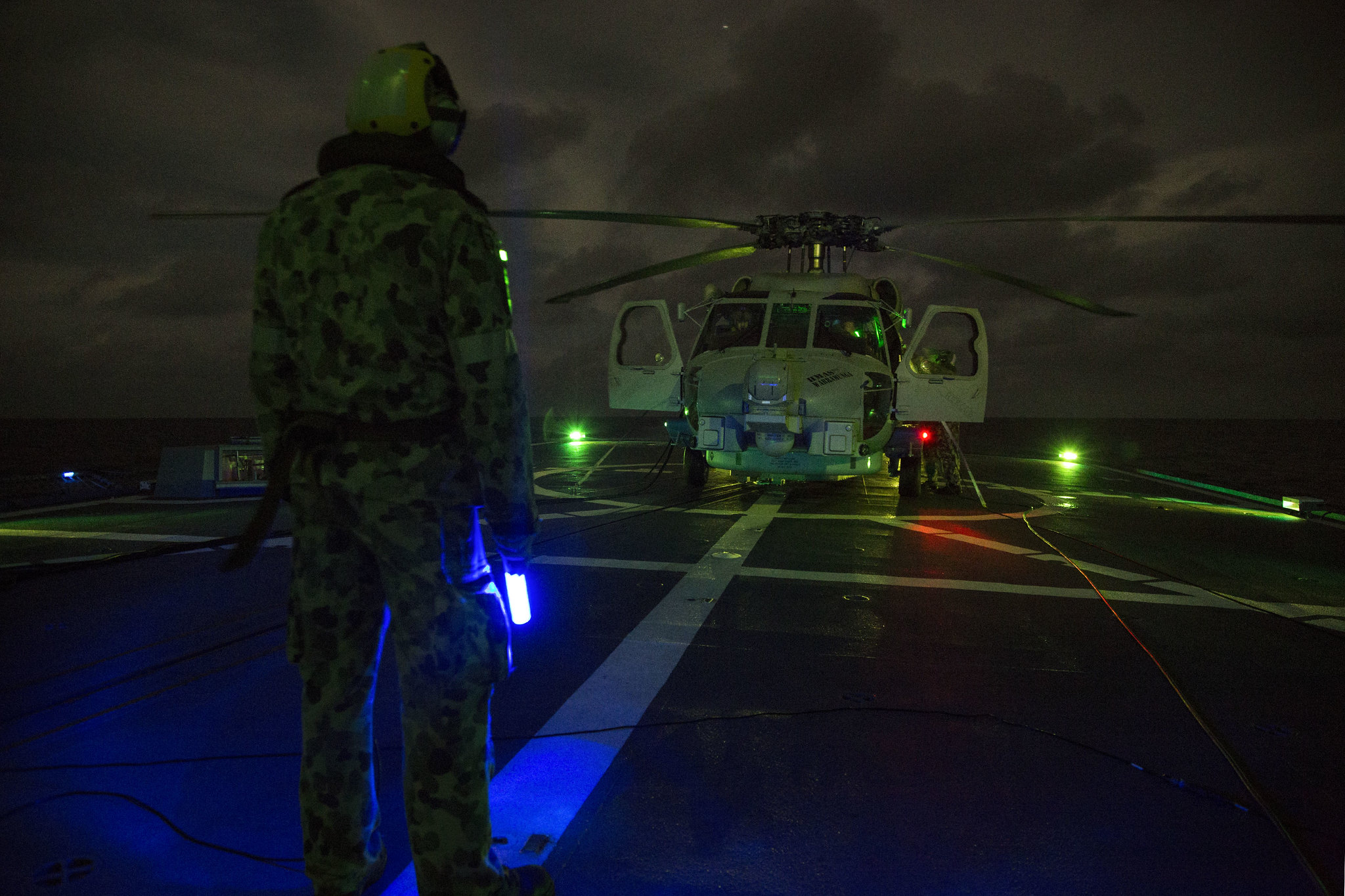 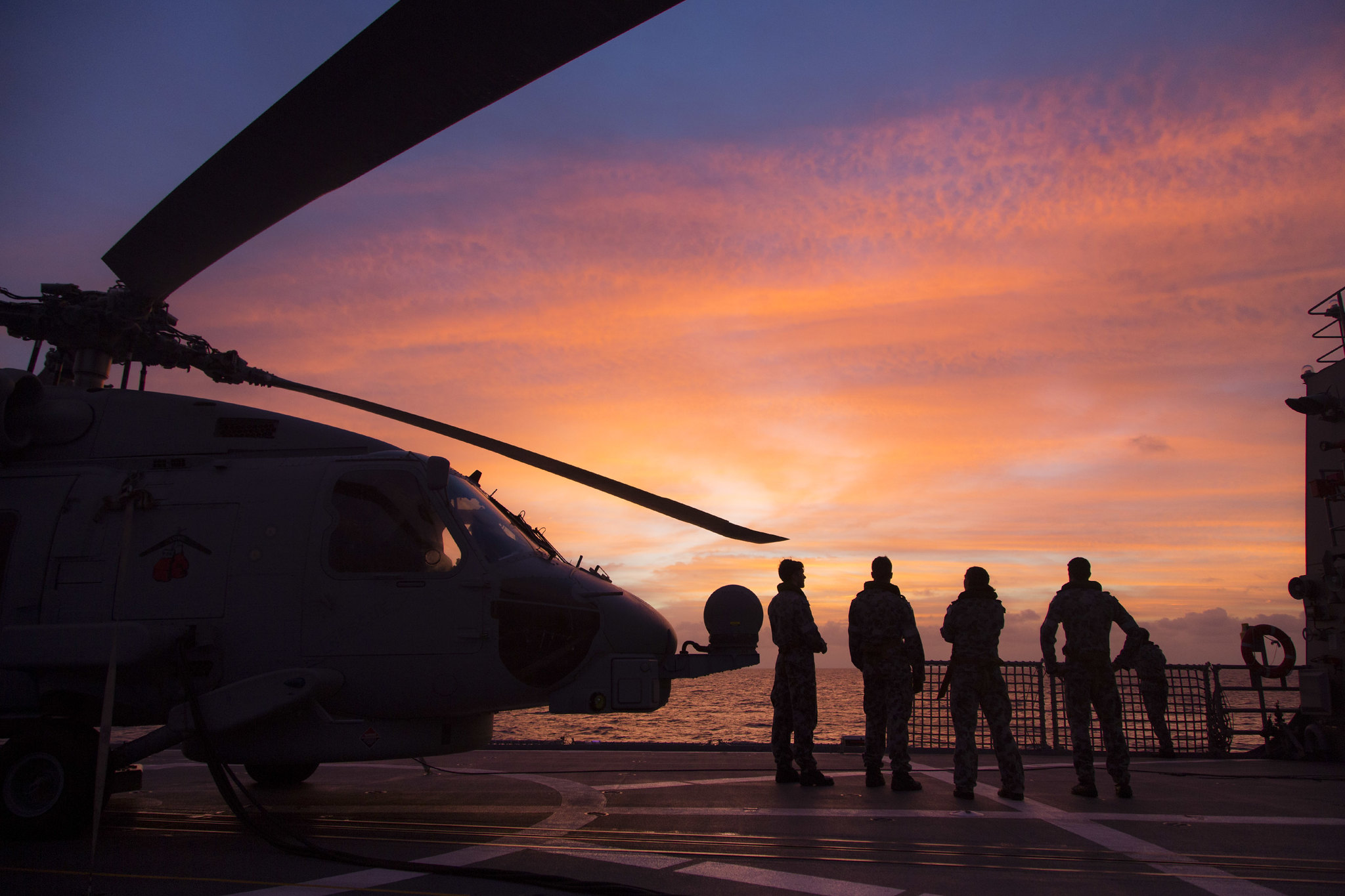 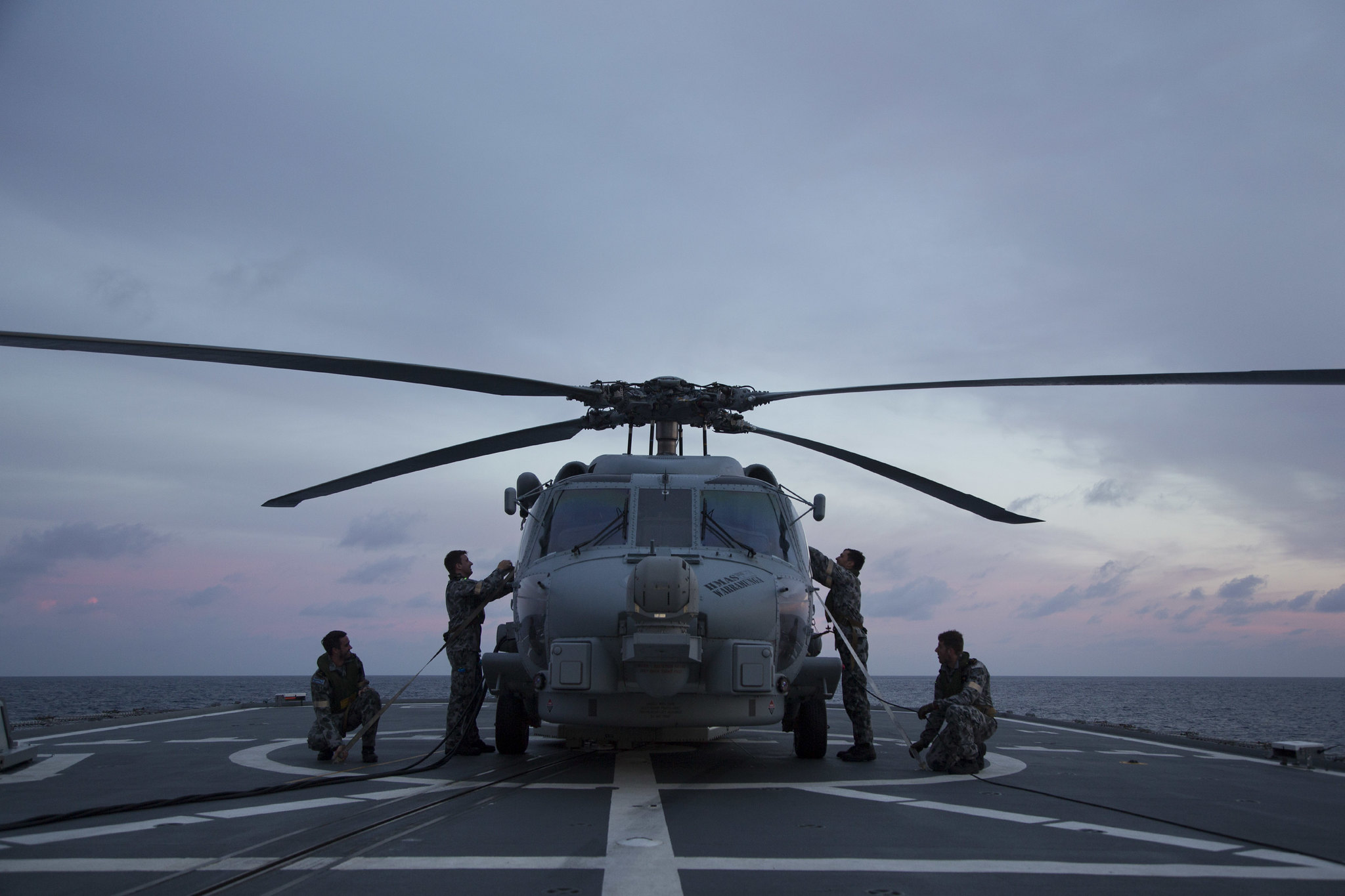 Staff member
Super Moderator
Lethe, we have many SD members in good standing and of long term.

We do not need to insult them or their leaders over a tragic mis-fire incident.

They happen in war...it is a tragic part of warfare.

So, let's not make insulting remarks over it.

DO NOT RESPOND TO THIS MODERATION.

Do not respond to moderation in the forum. Either PM the mod who gave it, or another Mod.

Then the entire discussion regarding that post and politics has also been deleted.

SD is not about politics. We discourage it here.

DO NOT RESPOND TO THIS MODERATION
You must log in or register to reply here.