A few high-resolution images from the parade... 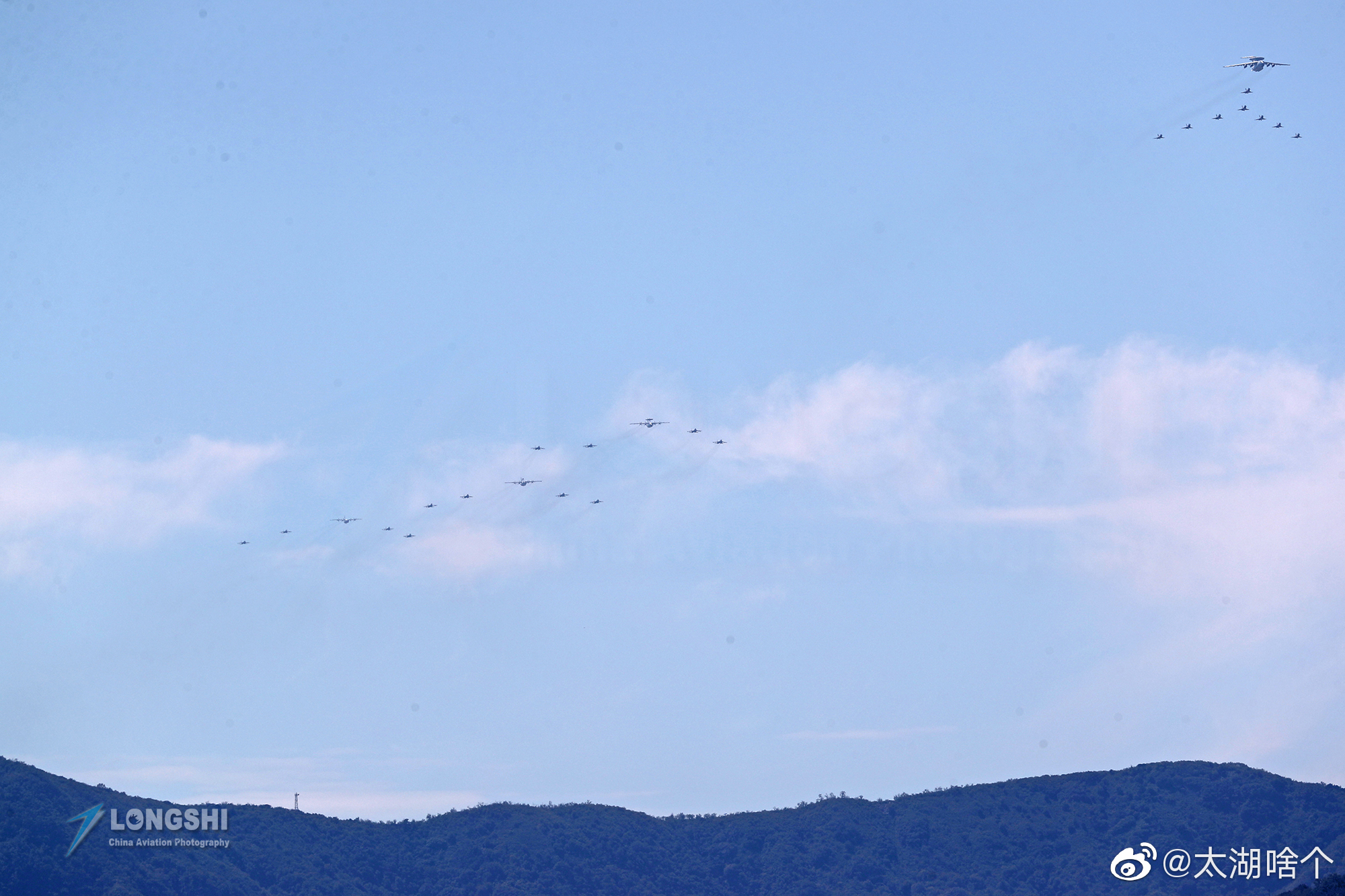 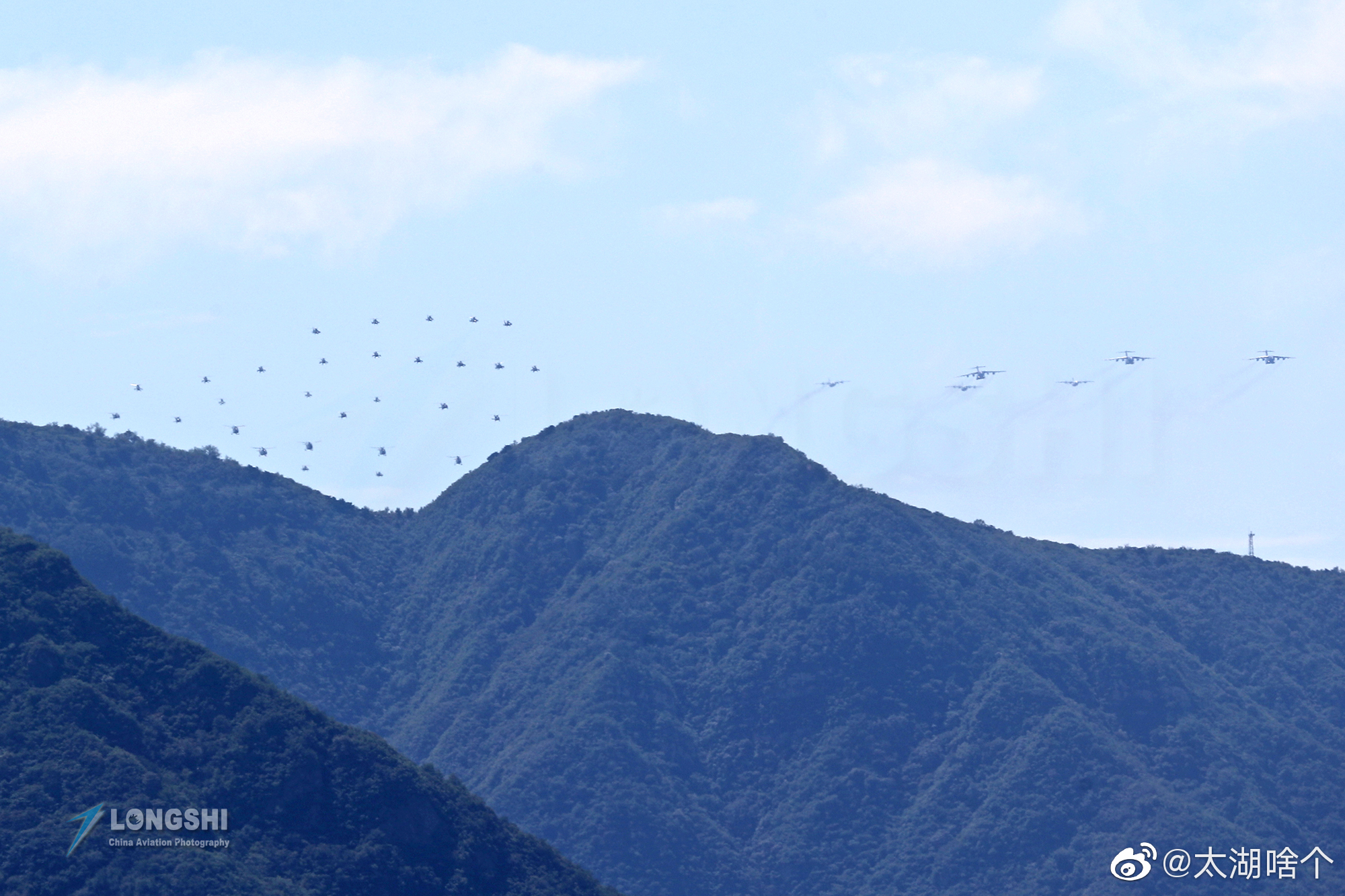 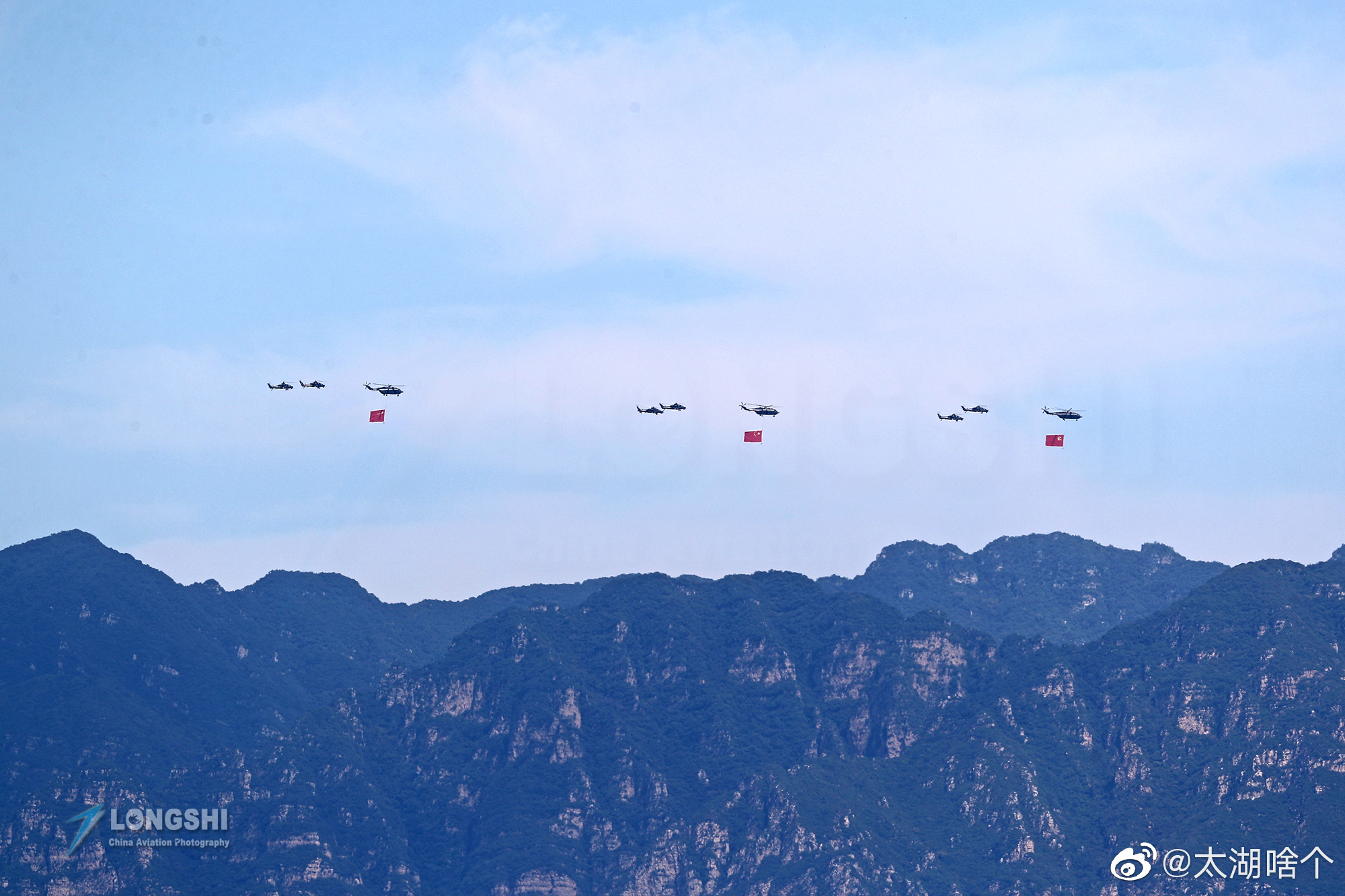 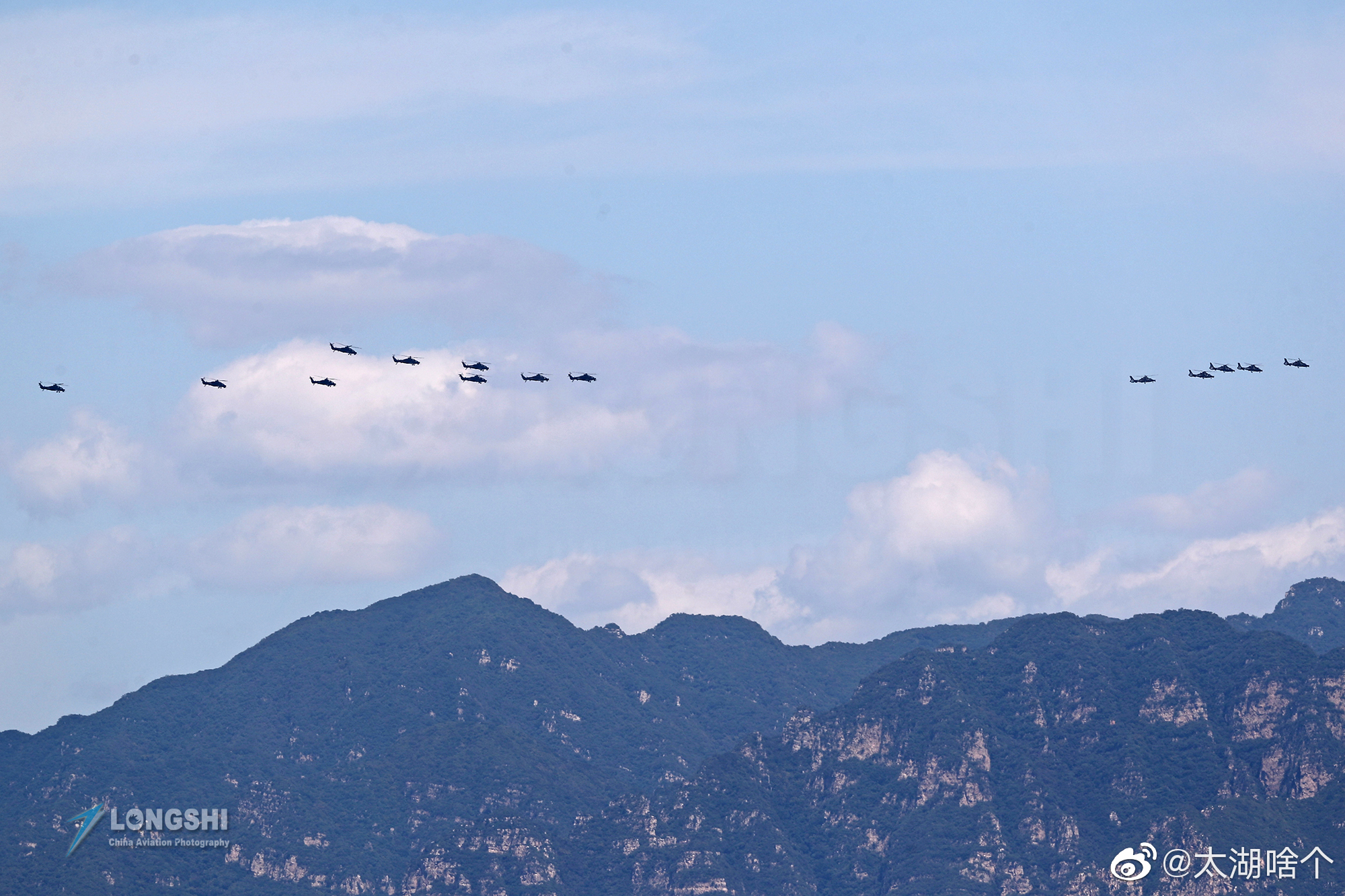 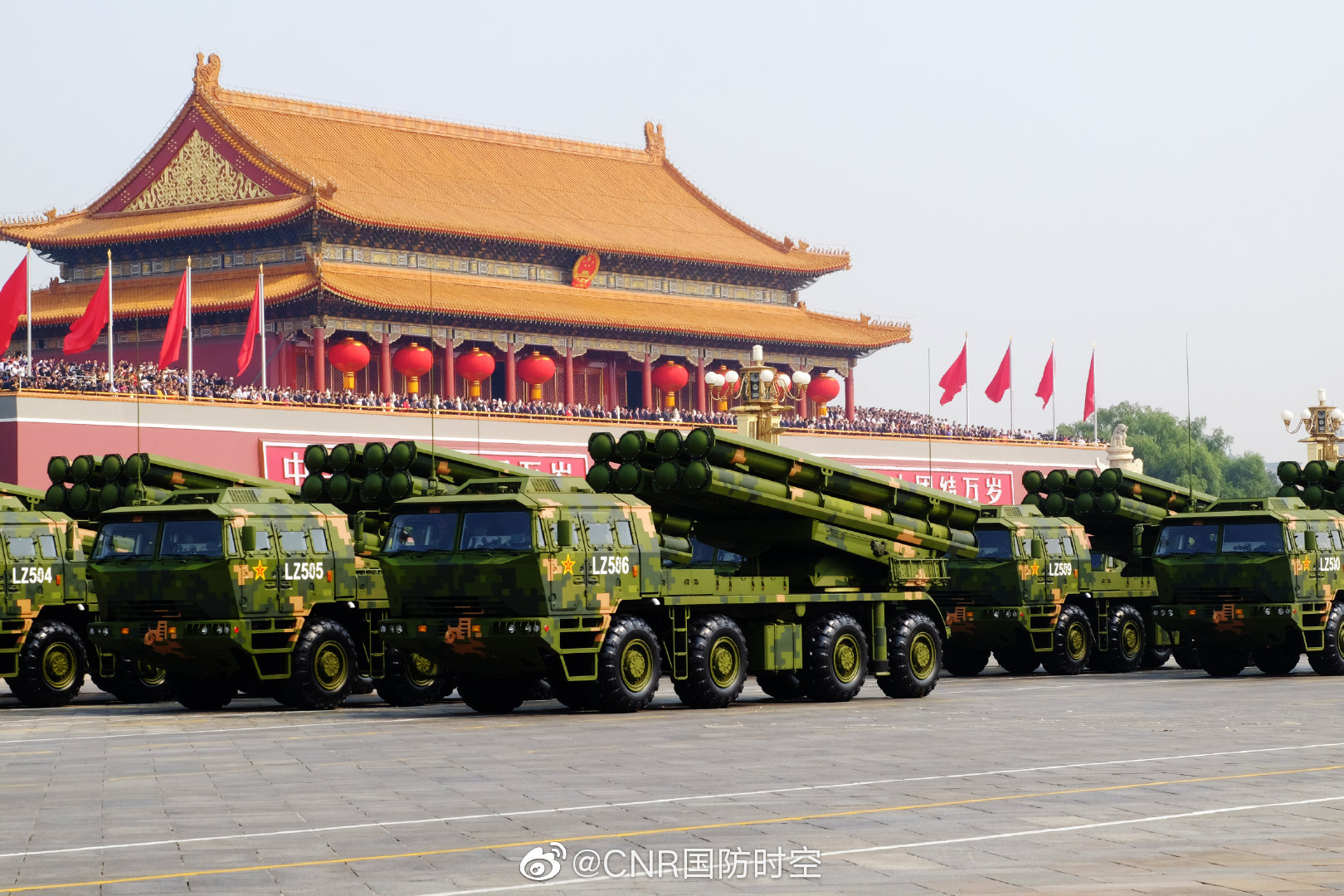 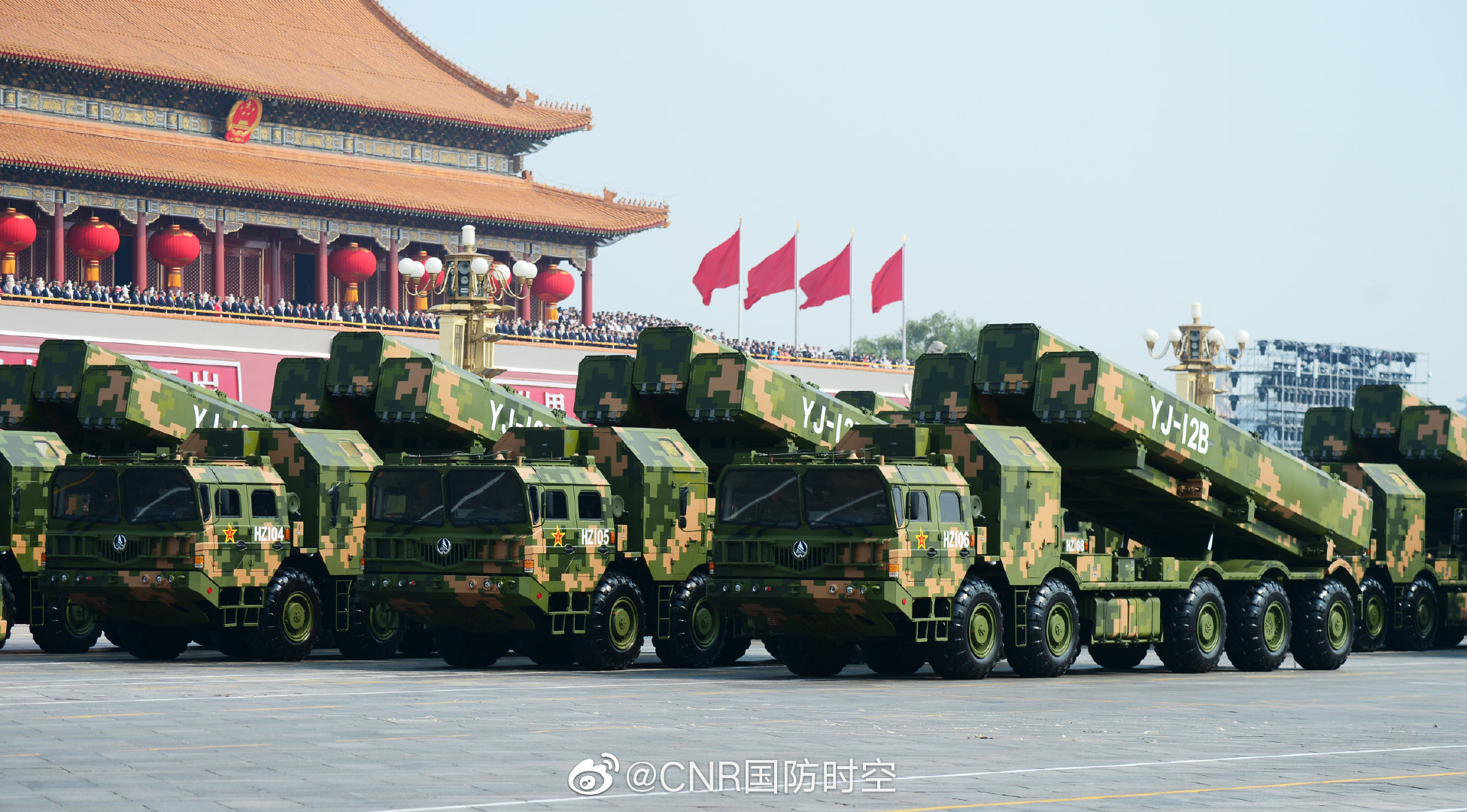 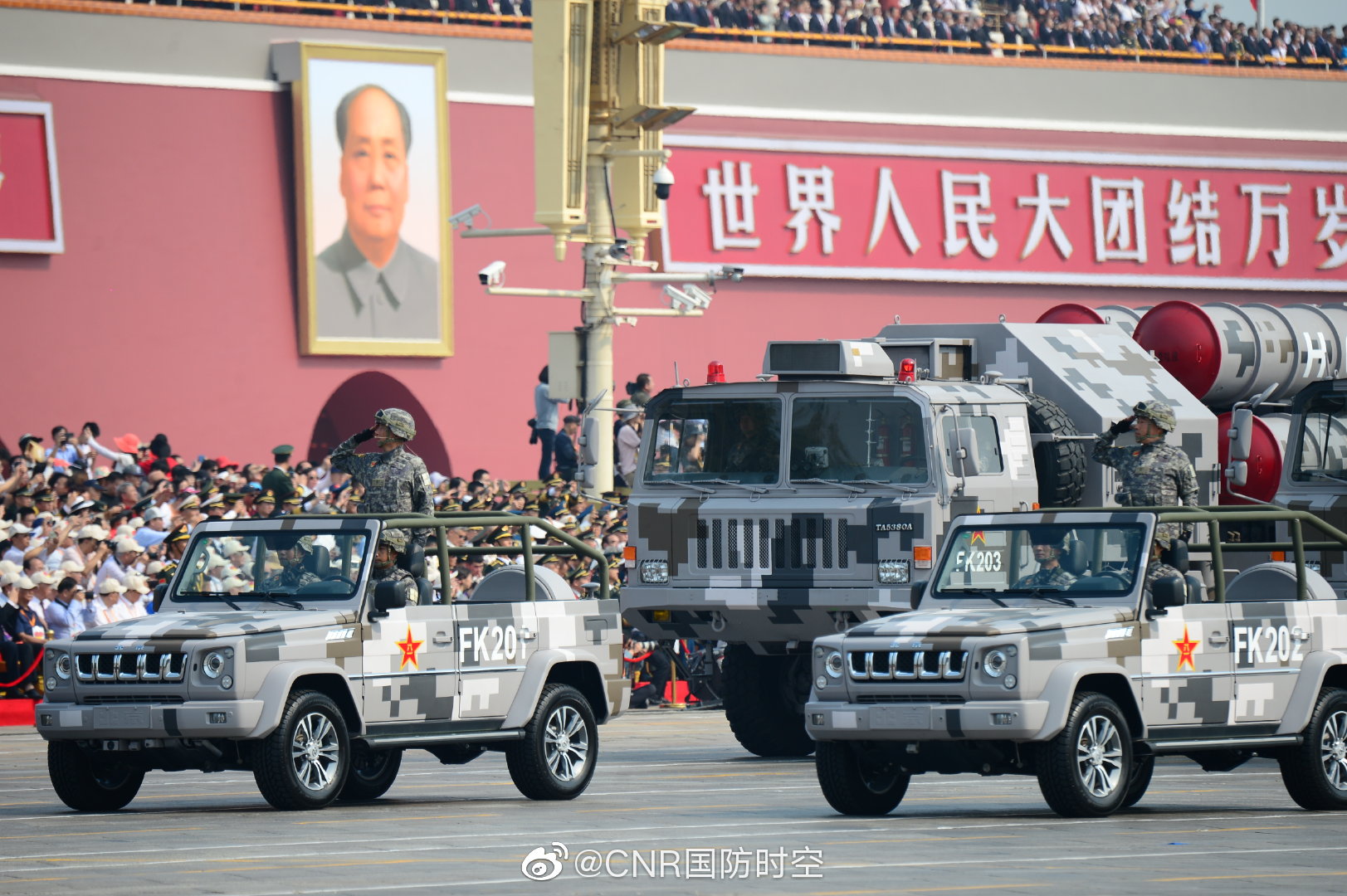 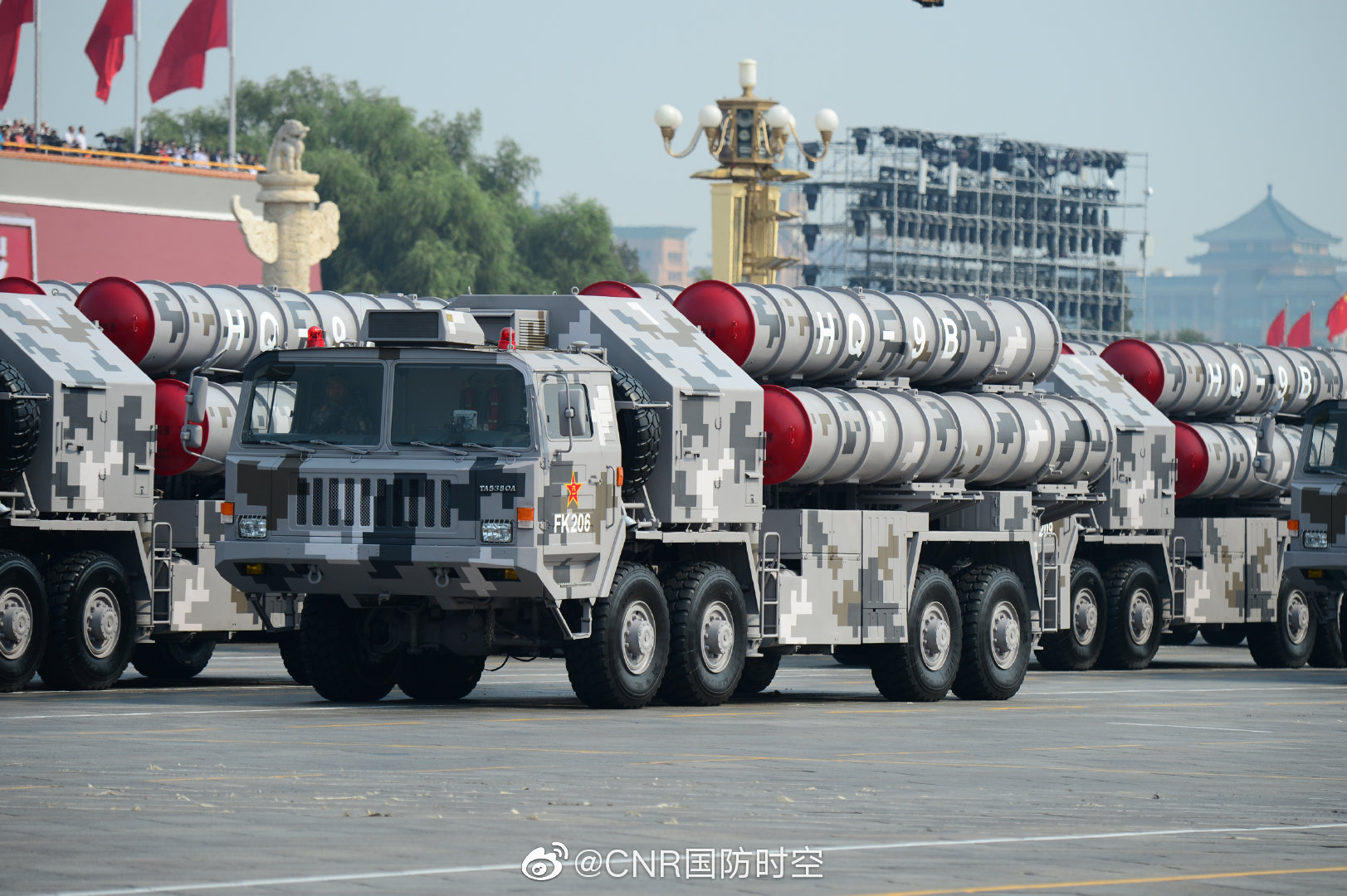 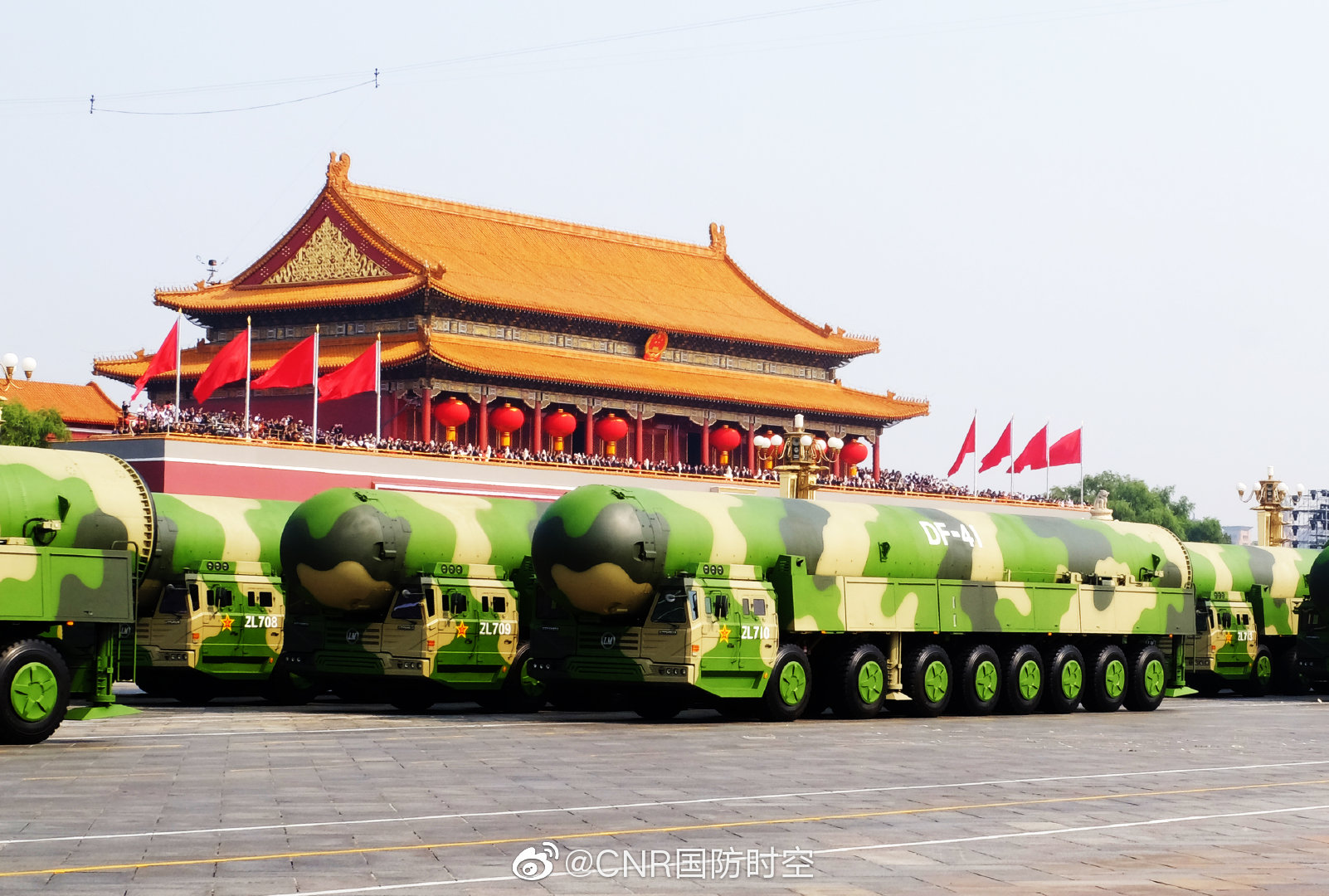 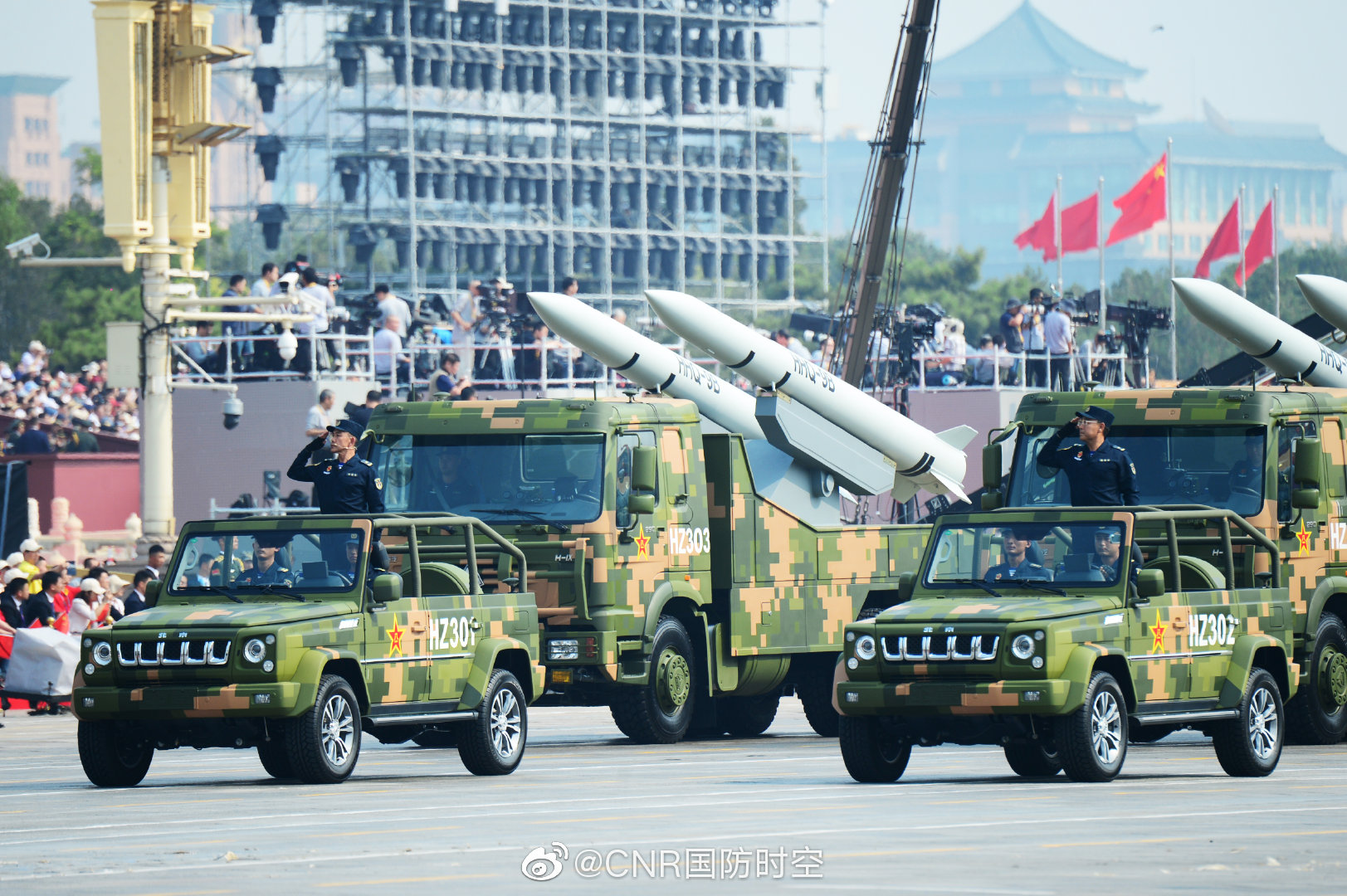 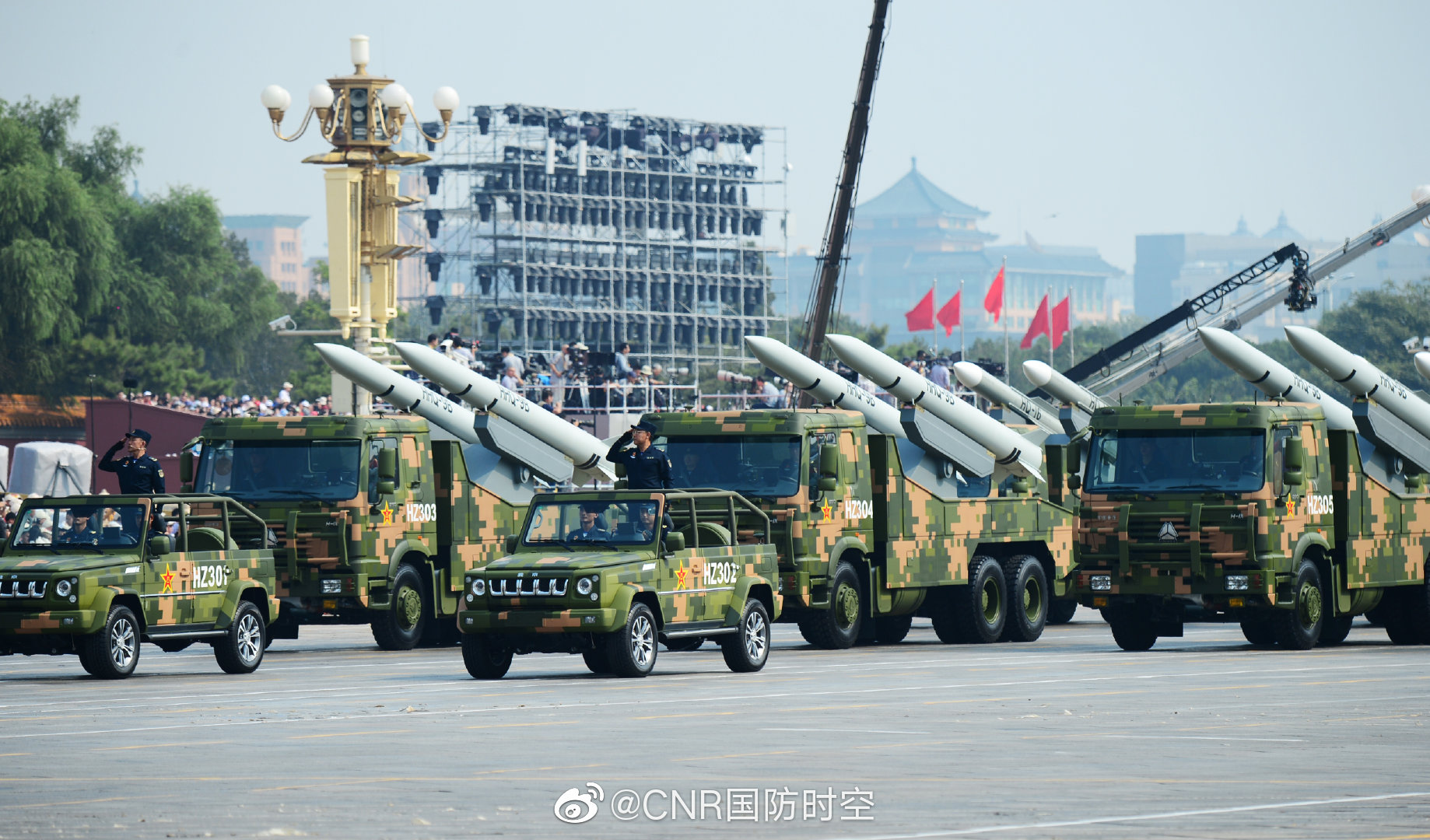 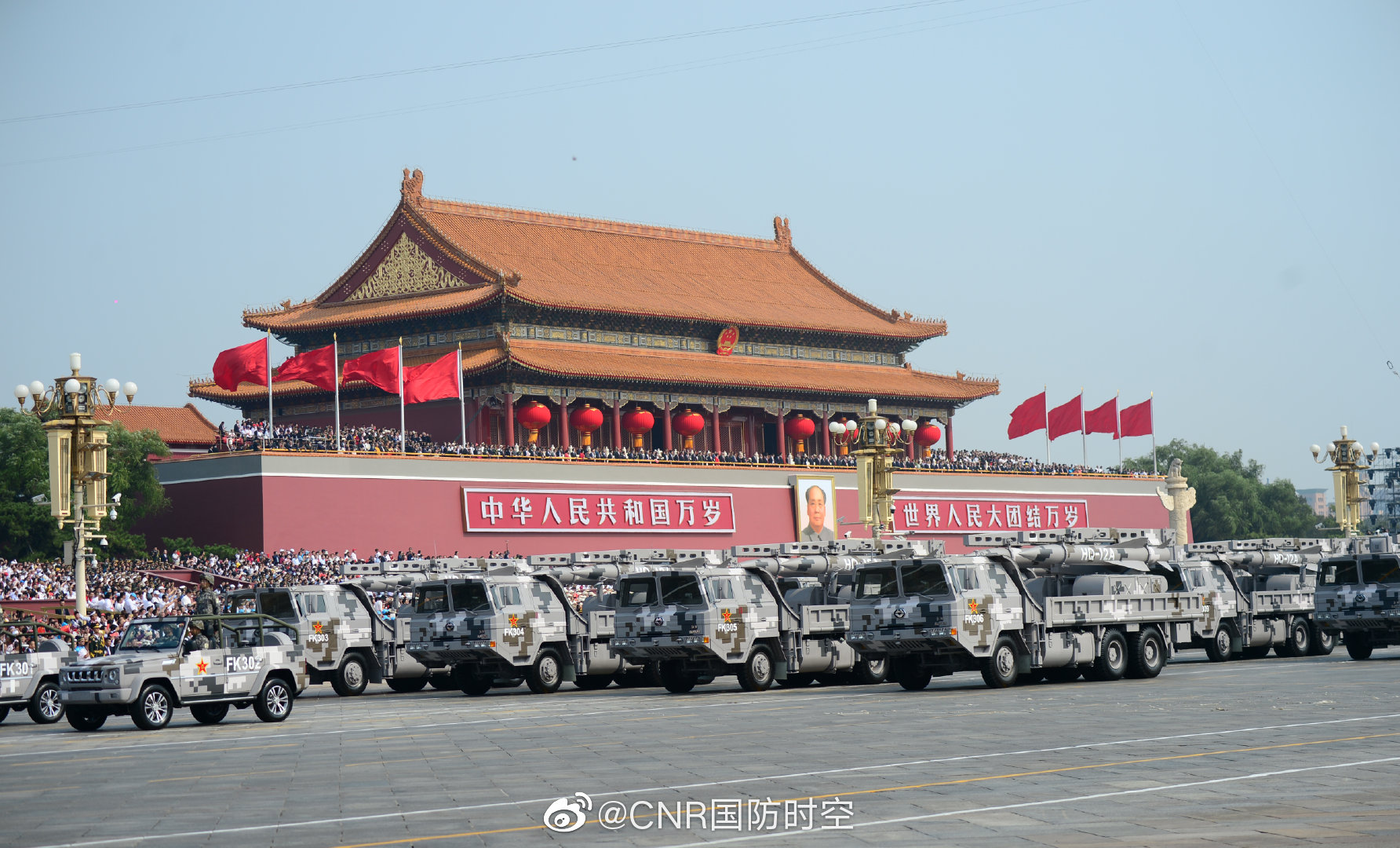 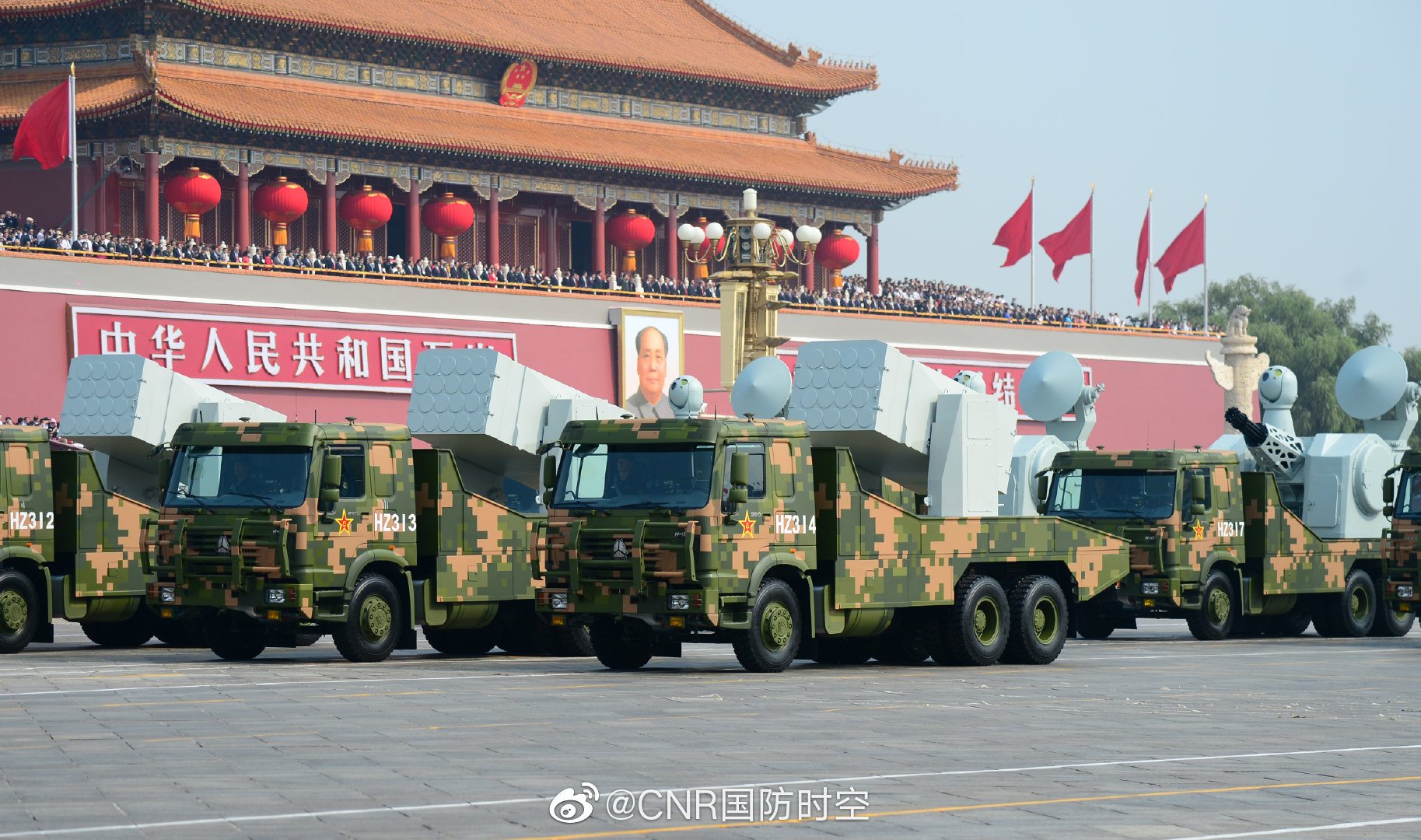 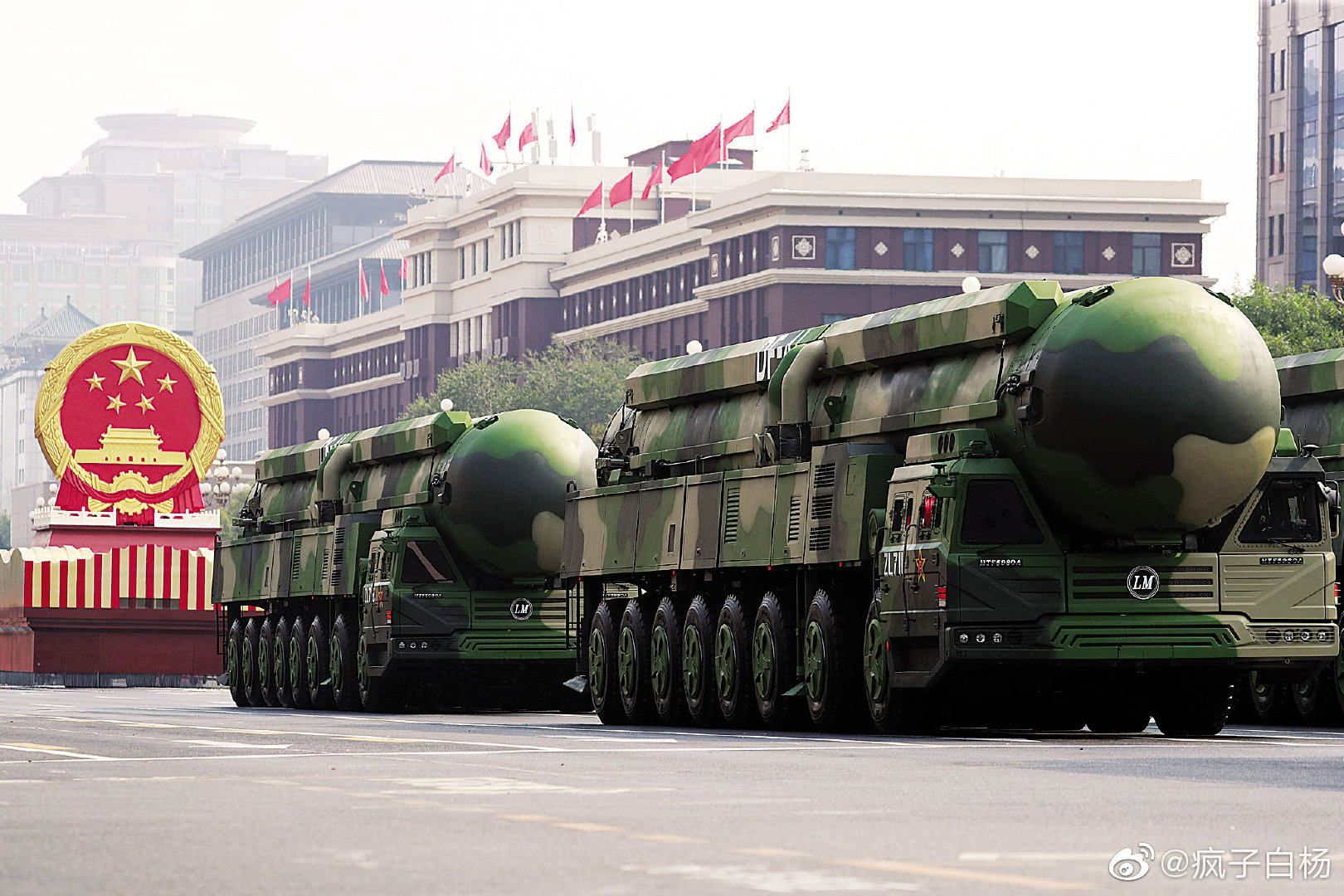 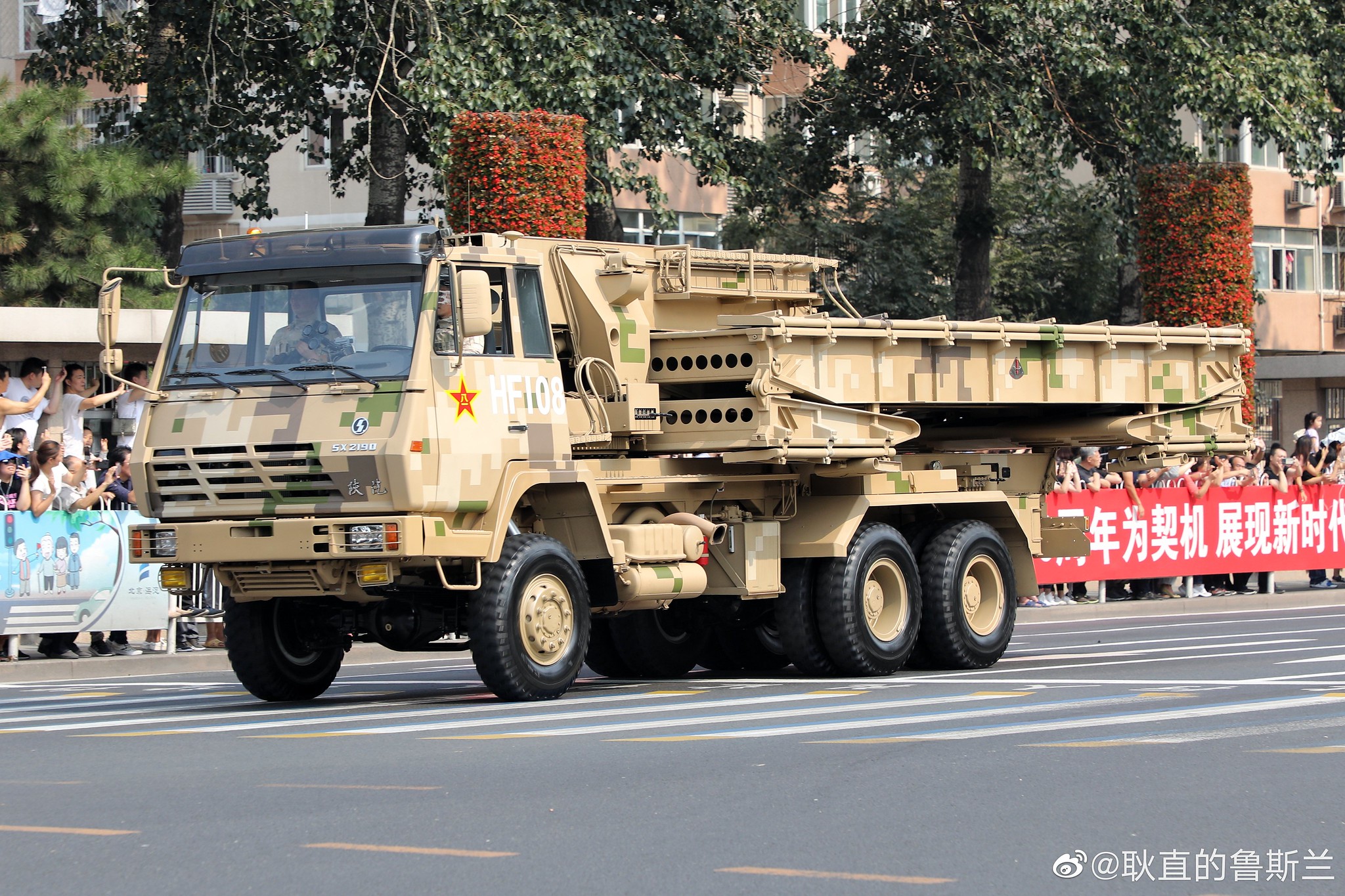 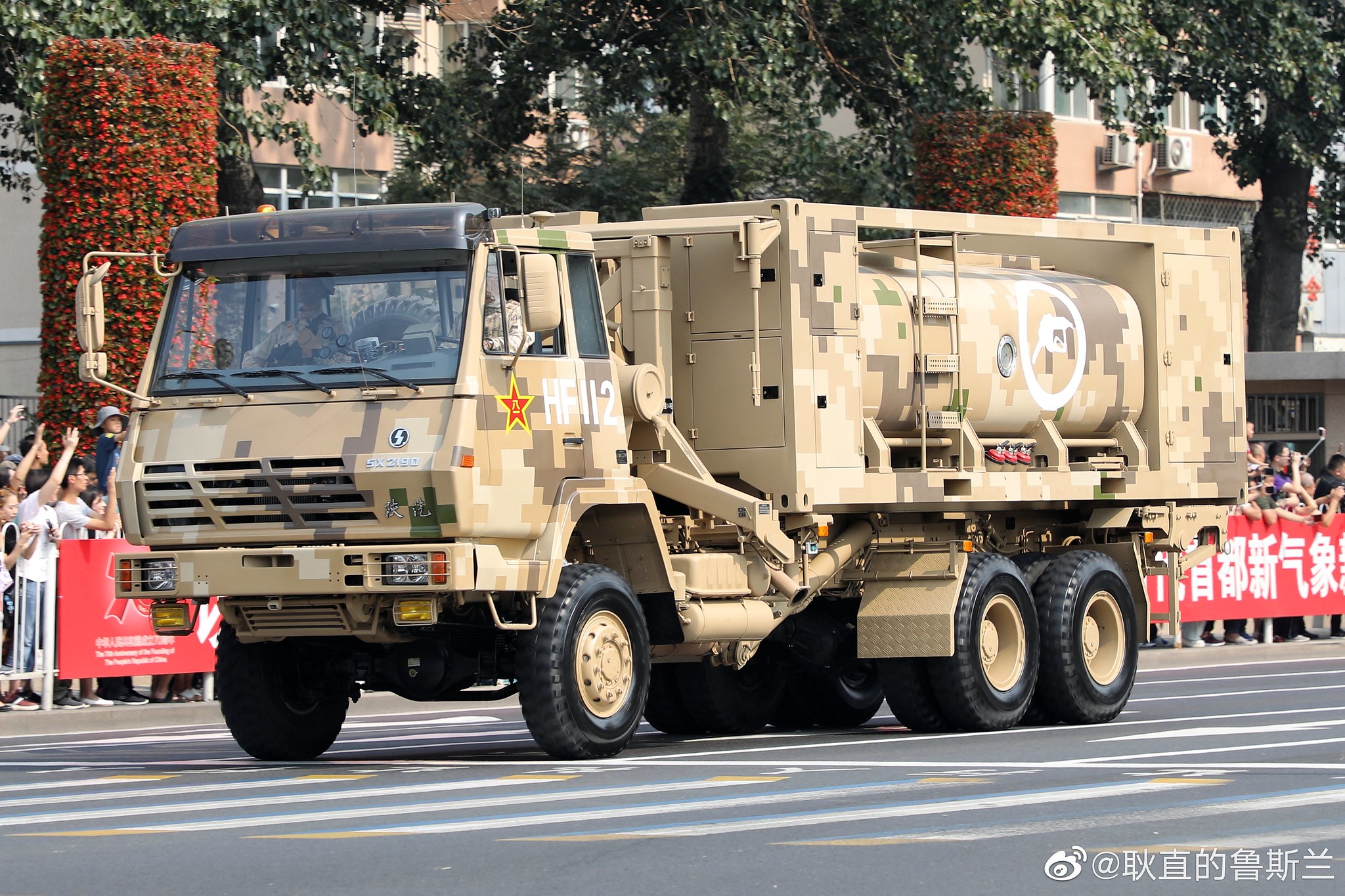 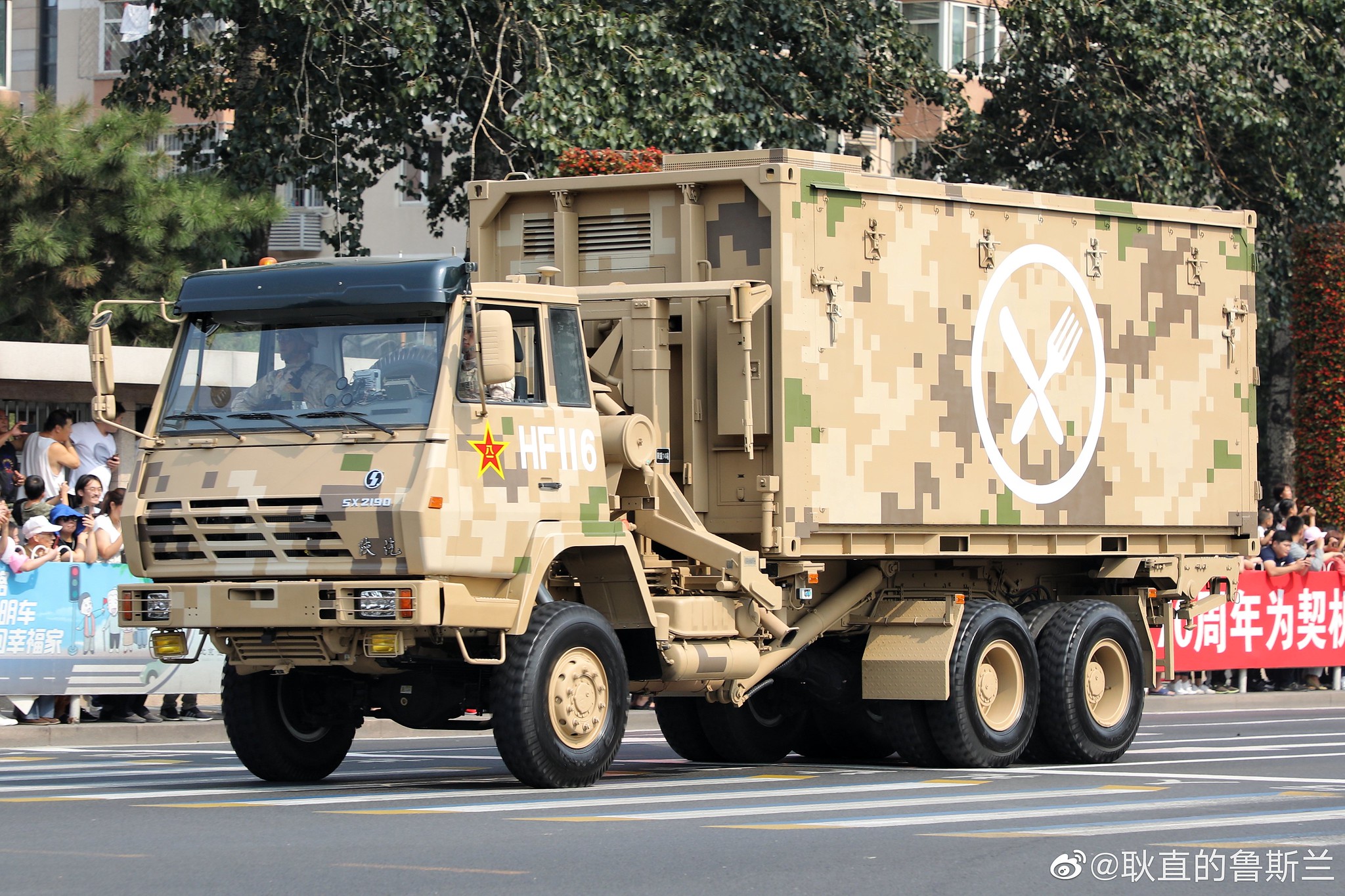 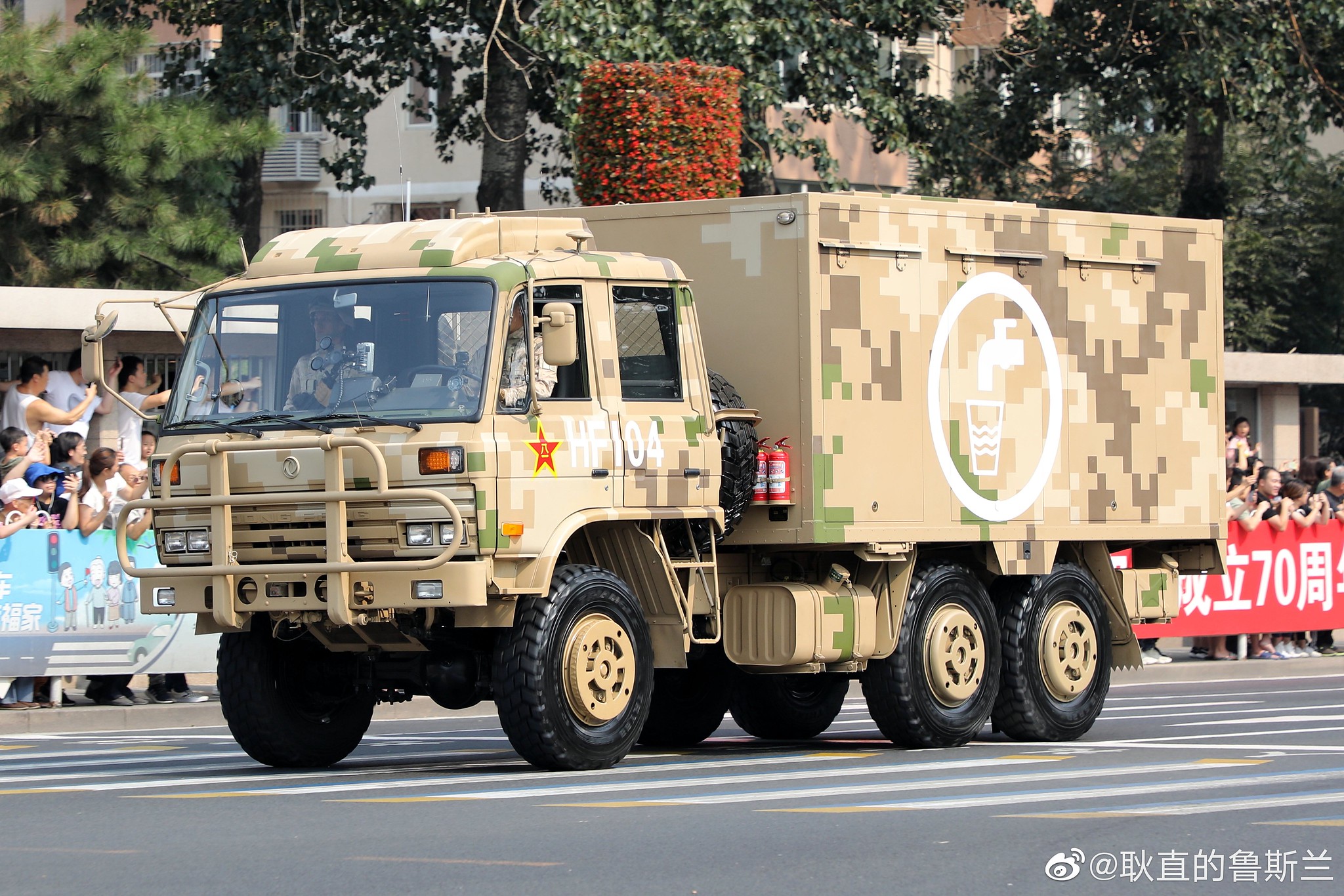 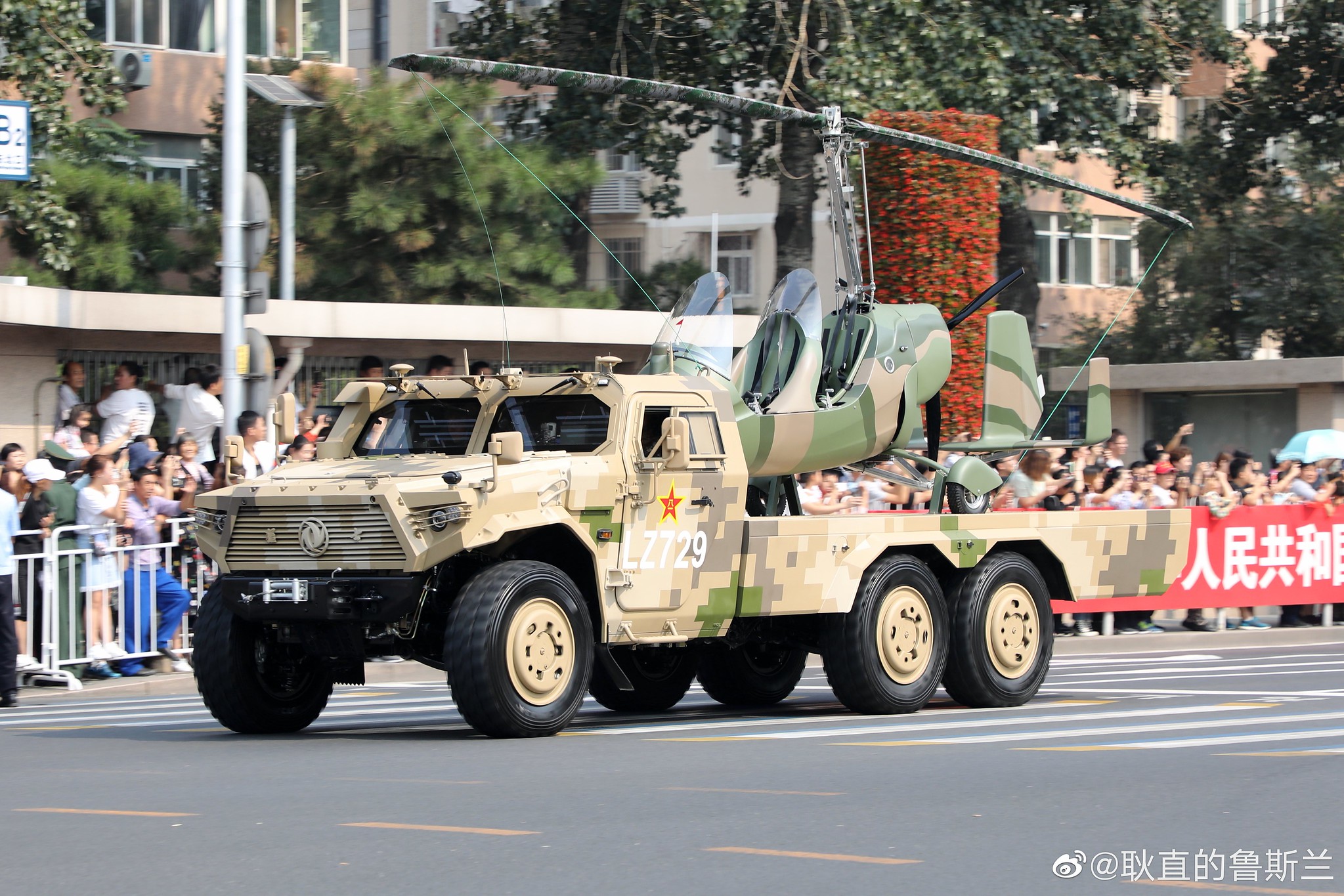 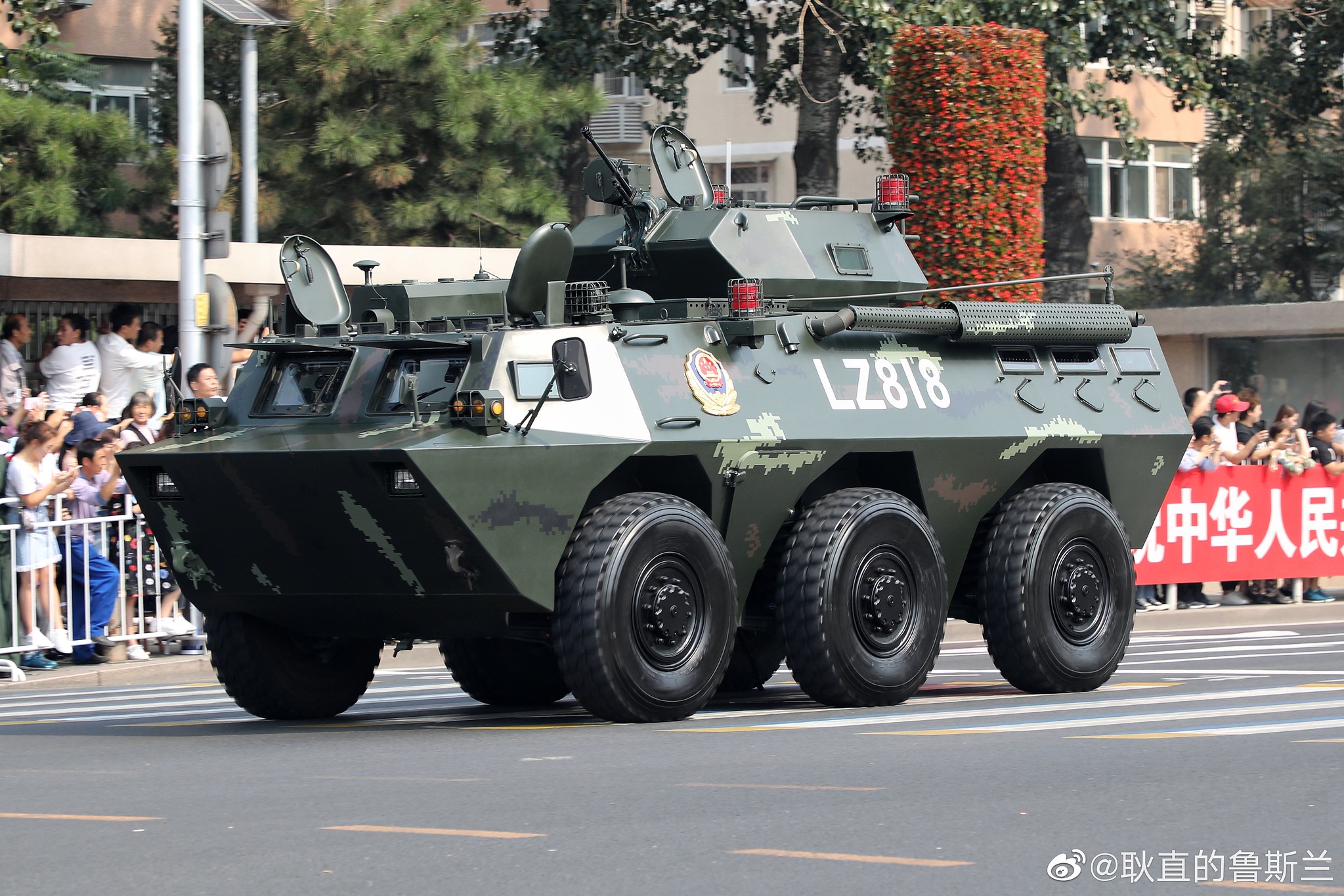 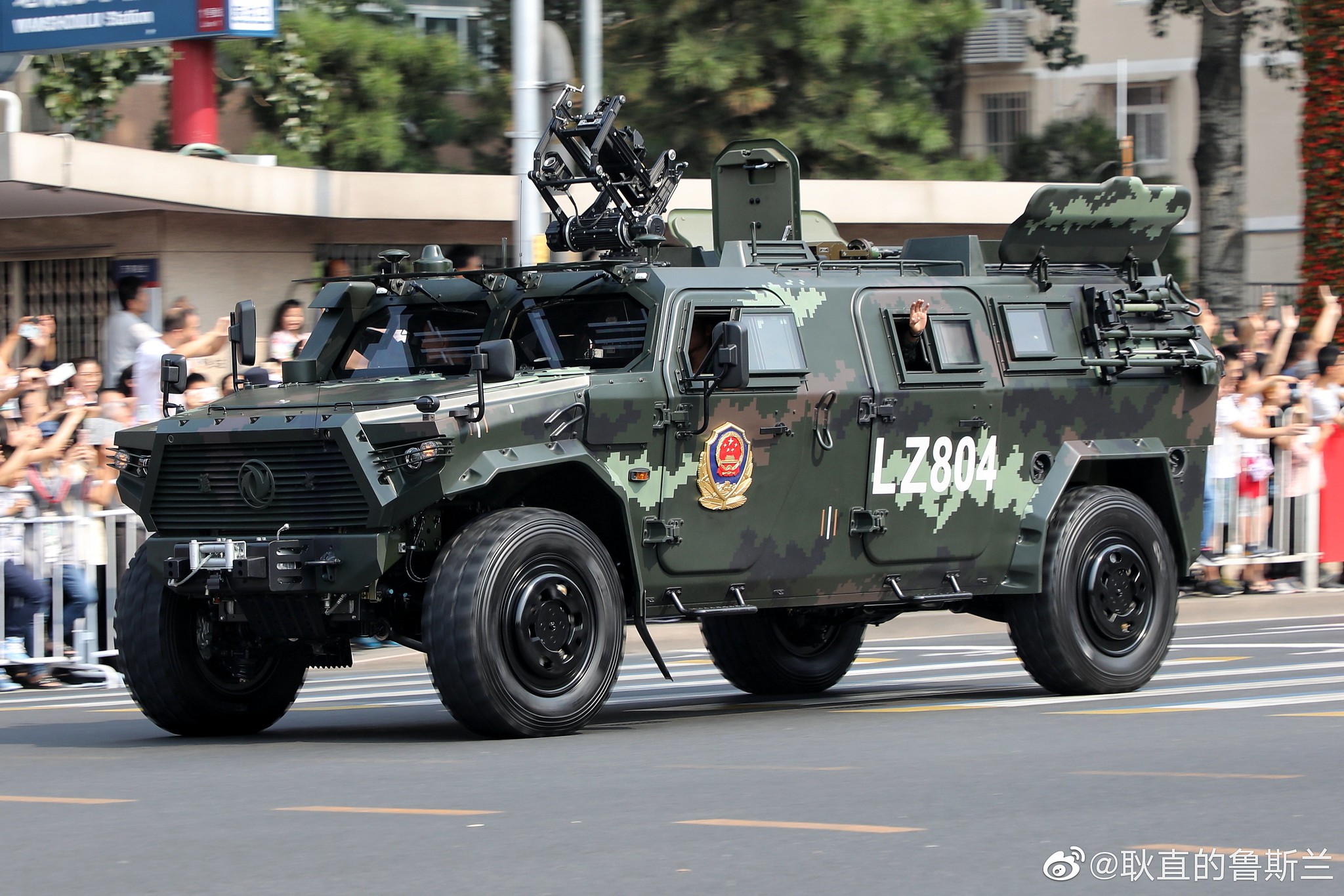 Hyperwarp said:
Yeah, agreed on putting HGV on an ICBM is going to be a different game compared to the DF-17. But I am wondering whether the HGV below is for longer-ranged missiles including ICBMs. Its design is different from the DF-17 and looks more like the Avangard renditions.

This is not HGV which is a Glider without power plant. The two holes at the back indicate it is a powered craft.
T

Registered Member
Are people here lump all hyper-sonic vehicle to HGV? HGV is glider which should not have power-plant for sustained flight after separation from its booster.
T

ougoah said:
Having inherited those tunnels from the Soviet Union, I would assume they were designed and built with 80s level of technology. Sure they can modernise them but how well they perform is indeed conjecture. I would assume the more recently built Chinese ones would be better the same way a newer car or computer will be better than an old one, to say nothing of wear. But I know nothing about hypersonic tunnels so thanks for correcting me.
Click to expand...

Due to the need to research reentry aerothermodynamics for ICBM warheads from the mid-1950s on, hypersonic wind tunnels in and of themselves were a mature technology for a country like Russia by the 1980s. What has improved by leaps and bounds since then is instrumentation and data collection/analysis technology, not least because of computers, but this is something that can be retrofitted to existing facilities quite easily.


ougoah said:
As for intercontinental ranges, what is the science behind the assumption that the HGV mockup seen cannot used on df-31 or some other ICBM/ slbm? I get it's a different problem altogether but since none of us are experts let's not assume that what we've seen certainly cannot be used at higher than mach 10 speeds and that China doesn't have any other HGV for those purposes. Showing something is only the tip of the iceberg. You're saying icbm warheads get accelerated to much higher velocities but how do we know China doesn't have something like Avangard? There was a Chinese report years ago reporting on a mach 10 plus test if I recall. I would assume that since China feels an equal threat from the US, why would they also not prioritise HGV for ICBM? Sure HGV operating at mach 20 is more challenging but the spoken aim for Chinese HGV was always to get them on ICBMs.
Click to expand...

Well, the required materials technology is orders of magnitude more difficult, to the extent that the US seems not to have cracked the problem to date and Russia is apparently having trouble mass producing it. Unless circumstances force you to do so (as was the case for Russia and the US), you don't choose something this challenging as your starting point, you only go as far as is necessary to meet your actual requirements. Otherwise you just risk delaying your counter to the more pressing threat, and you don't fit a vehicle to be built in large numbers with vastly over-engineered (and correspondingly expensive!) thermal protection, either. So no, unless it is extravagantly overbuilt, the DF-17 HGV is not suitable for intercontinental ranges.

Last but definitely not least, where are the flight tests? US observers were scrupulously tracking China's testing activity, with every DF-17 flight reported in the press at short notice, yet they're supposed to have missed far more conspicuous intercontinental tests? While a MRBM-type HGV can be flown entirely within Chinese borders, an ICBM-class flight would likely require a splash-down in the Pacific and therefore more highly visible preparation (tracking and recovery ships).

As for the perceived threat from strategic nuclear weapons, China has lived with a minimum (rather than full MAD) nuclear deterrent for decades and was never in a hurry to change that. Gradually they are now catching up (with the deployment in numbers of MIRVed JL-2s and DF-41s), but there is still no sign of a crash programme to reach parity. It's simply not something the PRC worries about very much compared to conventional US ops in the Asia-Pacific, apparently - you'll have to ask a military historian why that is.
Last edited: Oct 3, 2019
S

Here is the march song "March of Steel Torrent (钢铁洪流进行曲)". I could barely keep my eyes dry the first time I heard it.

《钢铁洪流进行曲》
"March of Steel Legion" (I know it's more accurate to use torrent or tide, I just like to neta the 40k)

Notice the steady triangle knocking within the melody. As music of PLARF's marching, using that sound to imitate the countdown is sooooo dammmn f****king genius!
You must log in or register to reply here.