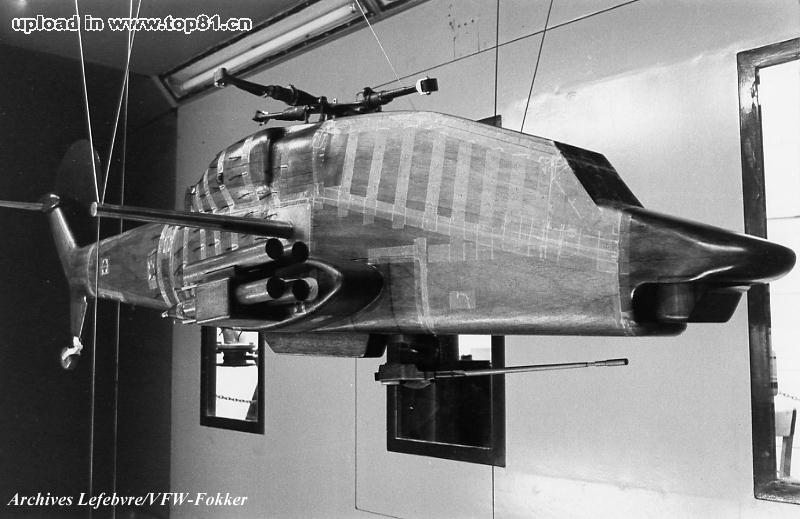 Well the Lefebvre/VFW-Fokker seems bit far from china...I try to check this out, i'm pretty sure it's some european project.
S


umairdt said:
Agusta/Westland A-129A Mangusta anyone?
Sure is very similar to the purported WZ-10 in that picture.
Click to expand...

Wingman said:
I resized the WZ-10 and placed it near an Apache to make it easier to compare.
Draw your own conclusions.

Comparison between Mangusta and claimed WZ-10:
*Mangusta gun quite different in detail
*Mangusta tail rotor on opposite side and twin blade compared to quad on WZ-10
*Engine exhausts vent rearwards instead of downwards
*Landing gear mounted slightly further aft on Mangusta
*Aerial under tail boom are different
*Rear landing wheel in different position

I am now convinced that we are not merely seeing a Mangusta, or any other Western attack helicopter for that matter. Ok, I've just drawn an artist's impression of the WZ-10 based on the two recent photos (which are consistant with eachother): Obviously the details are vague and I've used a certain amount of guesswork, but it's not far off IMO. I've given it quad HJ-9 anti-tank missiles inboard and single TY-90 AAMs outboard. I would guess that the gun is 25mm and the same as is carried by some WZ551 APCs.

EDIT: This image previously posted by SwimmerXC appears to be consistant with the recent photographs:

So you drew that one by yourself? Pretty neat
Anyway, i doupt it is so sthealthy as it appears to be in your model, some sloping in the hull yeas, but at least in the rear section it seems to be bit more conventional


Gollevainen said:
So you drew that one by yourself? Pretty neat
Anyway, i doupt it is so sthealthy as it appears to be in your model, some sloping in the hull yeas, but at least in the rear section it seems to be bit more conventional
Click to expand...

I agree, much like any other helicopter. The blades and rotor head are likely to have a huge RCS even if composites are used, and the vertical tail and right angle interscetion of the horizontal stablizer (forming a "corner reflector") are issues. And the cockpit, sensor pack, gun, external weapons... even if they use RAM, composites etc, it is still not going to be stealthy. But, it is probably not as bad as say the Apache in this regard. If we think about the operating environment of an anti-tank helicopter, stealth is more about hiding, and maybe reducing the RCS so that you are mistaken for a less-threatening type and so not prioritised as a target.

There is some potential that the angled slab sides could offer some protection against laser designated anti-aircraft systems such as gun fired ATGWs and the British Starsteak SAM. But I don't think either of those threats is particularly relevant to China at this moment.
Last edited: Apr 13, 2006

Nice drawing. Although im pretty certain a new AT missle is being developed for the wz-10 (hj-10?). The hj-9 is kinda big. Ive also seen other sources like mil.jschina claim the gun is 30mm(thats probably not the case, most of China's IFV's have 25mm). We shall wait and see.

This is a NRIET ad for a radar. Can anyone confirm the helicopter in the background is a wz-10? it sure doesnt look psed to me.
You must log in or register to reply here.