delft said:
WaPo doubts whether Saudi Arabia can exit this war without losing:

And sees this war weakening Saudi's position in Syria.
What will this mean for US support?
Click to expand...

It is far, far too soon to make such a prognostication.

But, I would expect no less from the Washington Post.
S

I have to admit that the Yemeni army/ Houthis, Revolutionary Committee, are doing better than i thought they would have done despite no air force, lack of support, and being up against a large force comprising of various countries which are supplying air strikes and operating modern equipment.
D

Cited from a NYT article:

It is the first combat deployment for a foreign army that the Emirates has quietly built in the desert over the past five years, according to several people currently or formerly involved with the project. The program was once managed by a
Please, Log in or Register to view URLs content!
, the founder of Blackwater Worldwide, but the people involved in the effort said that his role ended several years ago and that it has since been run by the Emirati military.
Click to expand... 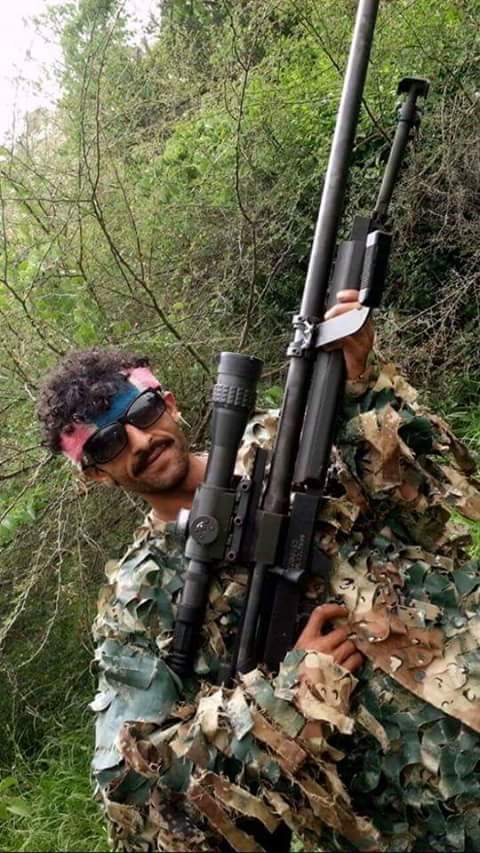 There's heavy counter attack in Taiz that failed yesterday. The Saudi mercenaries lost about 40 people in a Yemeni Army ambush, and they say they got "white people" killed. Possibly Colombians
S

First one is a Metis, two others look like Tosan.

I don't know how important it is, just noticed as breaking news the Governor of Aden was assassinated today
and ISIL claimed responsibility

some pictures are reportedly inside of

delft said:
In Asia Times I found this article:

But also it contains the picture of a sinking war ship. Marine Forum Daily News published half a dozen claims by the Houthis of sinking of Saudi warships and each time it said it didn't believe it. Can anyone identify this one?
Click to expand...

Article said:
Yemen’s army and Ansarullah fighters sink a Saudi warship in Ta’iz province on Dec. 5 in waters off Yemen
Click to expand...

Until and unless I see any report of this, it is absolute unadulterated Bravo Sierra.

This would be HUGE news...and there is not a single report of it in any credible news organization.

It is easy to find pictures of sinking warships. many countries conduct SINKEX exercises where they sink old vessels in order to exercise their modern weaponry.

And that is exactly what this so-called journalist did.

The sinking above is a well known 2012 SINKEX during RIMPAC involing the old USNS Kilauea supply ship by the Australian sub Farncomb. See:

Major strike by Yemen Forces against the Saudi Coalition is now being reported:

DUBAI — One hundred and fifty-two coalition soldiers are feared dead after a short range ballistic missile strike hit a coalition base at the strategic Bab al-Mandab region in the south, a coalition source told Defense News.

Among the dead in the attack, which took place Monday afternoon, was the commander of the Saudi Special Forces, Col. Abdullah Al Sahyan, the source confirmed.

"So far, nine Emirati soldiers, seven Moroccans and 23 Saudis have been identified," the source added.

The strike comes as Yemen's internationally recognized government and Houthi rebels, who have controlled the capital Sanaa since September last year, agreed to start a weeklong ceasefire on the eve of direct talks in Geneva, both sides confirmed.

"The Houthis fired a long-range missile at a secret headquarters of the pro-government military leadership close to the strategic strait of Bab al-Mandab, killing more than 100 men of the coalition," said Shehab Al Makahleh, a political analyst and director of Geostrategic Media Middle East.

"The launch of a Tochka missile on a military base in south west of Yemen by al-Mandab Strait aims to shift the political scene, which the coalition had been trying to achieve for more than 8 months, which culminated in expected ceasefire tonight before Geneva talks," he said.

The strike proves that the Houthi rebels in Yemen have improved intelligence capabilities, Makahleh added.

"Two other missiles were also launched yesterday and today on Jizan, which led the Saudis to send more troops to the borders with Yemen," he added.

President Abed Rabbo Mansour Hadi was due to order his commanders to halt all fire five minutes before midnight on Monday, said officials in Hadi's office.

"We have agreed to the ceasefire to lift the suffering of our people and to deliver humanitarian assistance to them," Mohammed Abdel Salam, the spokesman of the Houthis, said Dec. 12 at a news conference in Sanaa as the Houthi delegation prepared to depart for Geneva.

The internationally recognised government has long requested the unconditional implementation of a UN Security Council resolution that requires the rebels to withdraw from all areas they control and lay down arms captured in months of fighting.

Abdel Salam said the Houthi delegation will discuss the resolution at the talks in Geneva, which were due to begin on Monday. But so far the Houthis have not said they would agree to its terms.

The Security Council approved the resolution in April, after the Saudi-led coalition began launching airstrikes in March against the Houthi rebels in support of Hadi's government.

Even with the approaching ceasefire, clashes intensified across several front lines in the country.

More than 27 fighters from both sides were killed in Taiz and Lahj provinces late on Friday and Saturday, while 16 pro-government fighters and 10 Houthi fighters were killed in Jawf province, according to independent security officials.

The Saudi-led coalition also continued to carry out airstrikes against Houthi positions, according to the officials.
Click to expand...

Zool said:
Major strike by Yemen Forces against the Saudi Coalition is now being reported:
Click to expand...

You know, the Houthis say they do this every so often and claim huge casualties.

Defense News (who apparently cannot even do enough editing to correct the spelling in their title) and a couple of others pick it up (usually Iranian Sympathetic outlets) and report it as fact.

I have not seen one of these claims to date backed up by any large, credible news organization, that list those killed, or that are ultimately reported by the forces who supposedly lost people, or are verified in the least.

I will wait for that type of reporting on this one too.
You must log in or register to reply here.