and I ask if they have ConOps of those things, or poured in "almost $3 billion" just like that?

The Navy has put a call out to industry to send in ideas for its planned fleet of corvette-sized unmanned surface vehicles,
Please, Log in or Register to view URLs content!
.

The draft RFP for the Large Unmanned Surface Vehicle program starts the work of transitioning the effort from the Pentagon’s Strategic Capabilities Office two-hull Ghost Fleet into a full-fledged shipbuilding program. The draft comes ahead of a final RFP due out later this year.

“The LUSV will be a high-endurance, reconfigurable ship able to accommodate various payloads for unmanned missions to augment the Navy’s manned surface force,” read a summary of the program. “With a large payload capacity, the LUSV will be designed to conduct a variety of warfare operations independently or in conjunction with manned surface combatants. The LUSV will be capable of semi-autonomous or fully autonomous operation, with operators in-the-loop (controlling remotely) or on-the-loop (enabled through autonomy).”

A USNI News questions for additional details on the general requirements for the program was acknowledged by a Naval Sea Systems Command spokesman but not immediately answered.

As part of the fiscal year 2020 budget, the Navy asked for $400 million to build two LUSVs that are about 200 to 300 feet in length with a displacement of about 2,000 tons as a research and development program, officials told USNI News earlier this year.

The plan is for the first two LUSVs to closely follow the SCO’s two Ghost Fleet ships developed for the unmanned Ghost Fleet Overlord program. The initial hulls are based on designs similar to Offshore Support Vessels that have been used by the oil and gas industry.

The Navy intends to integrate the two SCO Overlord hulls and the follow-on LUSVs with the Aegis Combat System as well as other sensors to tie the ships into the Navy’s existing command and control infrastructure on its manned ships, according to a summary of the effort reviewed by USNI News.

While the concept of operations for the LUSV and the Medium USV are still very much under development, the general idea is the ships could expand not only the fleet’s sensor reach by adding more nodes to provide data to commanders but also deepening the fleet’s magazines by fielding additional missile cells that could fire on remote at the direction of a manned ship.

The planned family of unmanned surface vehicles fits into the larger Pentagon drive to create “attritable” systems that will keep the U.S. military competitive with an adversary like China which has an advantage in the number of hulls, personnel and specialized anti-ship ballistic missiles.

In particular, the Pentagon has been public on the threat of the Chinese DF-21D and DF-26 missiles that are designed to hold U.S. capital ships at risk from hundreds of miles away.

“We have to guard against things like the DF-21, DF-26 and the whole plethora of Chinese missiles that can reach out and strike a surface fleet or territory out as far as Guam,” Alan Shaffer, deputy under secretary of defense for acquisition and sustainment,
Please, Log in or Register to view URLs content!
.

For its part, Navy leaders have said they’ve wargamed the unmanned surface concept to the point where they want to put prototypes to sea.

“We’re at the point where we really have to get them out there to start understanding how tough are these things, how robust, and how are they going to integrate with the fleet, what kind of policies are going to surround these systems when you start talking about potentially separating weapons from humans,” Vice Adm. Bill Merz, then deputy chief of naval operations for warfare systems (OPNAV N9),
Please, Log in or Register to view URLs content!
.
“So we’re cautious on that side, but we’re very aggressive in getting it out there, so we’re trying to run these parallel paths and illuminate these challenges and start resolving them in parallel.”

Congress is less confident. The House FY 20 authorization bill cut $90 million from the LUSV program request to the service’s protests.
Click to expand...

the biggest USN leapfrogging since LCSs?

As for prioritizing 5G networks in the year ahead, Griffin said Pentagon leadership has emphasized the importance of transmitting and using data at speed. Next year’s budget to reflect the new emphasis on telecommunications and the difficulties of employing it in a military context.

“We’re [also] going to have to learn to have communications [in an environment] where people don’t want us to go” or are trying to prevent us from going, he said.

Griffin added the Pentagon could offer the commercial sector and academic researchers venues without local, state or regional permitting restrictions that, “can really speed 5G development.”

He stressed the Defense Department are “customers, not developers” in this arena but is eager to work with others.
Click to expand...

the point is the US is apparently behind

The company that has experienced slip-ups in delivering missile tubes to the Navy might leave the business, leaving only a single company who can do the work.
Please, Log in or Register to view URLs content!
but who cares here

Jura said:
Nov 22, 2018was the previous one about the Warthog "retirement", now
Air Force Gearing Up for Next A-10 Re-Winging Contract
Please, Log in or Register to view URLs content!
Click to expand...

and
Last set of A-10 ‘Warthog’ replacement wings installed
Please, Log in or Register to view URLs content!

The US Air Force has installed the last set of replacement wings on its fleet of Fairchild Republic A-10 Thunderbolt II aircraft, finishing the Enhanced Wing Assembly replacement programme which started in 2011.

Some 173 pairs of new wings were fitted onto A-10 “Warthogs” at Ogden Air Logistics Complex at Hill AFB in Utah, while 11 sets were installed at Osan AFB in South Korea, over the course of the programme, says the USAF.

The A-10s’ old wings sustained heavy stresses and needed to be replaced to prolong the lifespan of the aircraft into the late 2030s. Boeing was awarded a $1.1 billion contract in 2007 to build replacement wings at its plant in Macon, Georgia.

The new wings should last for 10,000h of flight before needing a depot inspection. The wings also include an improved wire harness design to make it easier to remove them, while reducing the likelihood of damage during maintenance, says the USAF.

The USAF introduced the A-10 in 1976 as a close air support aircraft. It is heavily armed, with one 30mm GAU-8/A seven-barrel Gatling gun and up to 7,200kg (16,000lb) of mixed ordnance, according to Boeing. The aircraft has eight under-wing weapons stations and three pylons under its fuselage.

The A-10 was designed to fly close to the ground in support of ground troops, dropping heavy loads of weapons and attacking armored vehicles, tanks and enemy personnel. During the Cold War, the Warthog was meant to help turn the tide in a hypothetical NATO-Warsaw Pact tank battle on the East-West German border in the Fulda Gap, a low-lying area for which military planners expected Soviet tanks might pour through toward Frankfurt, Germany.
Click to expand...

the point is the US is apparently behind
Click to expand...

The Pentagon says it can't keep up with private tech firms using 5G. Mike Griffin says the best it can do is try and be "good customers."
Please, Log in or Register to view URLs content!

kind of amazing (considering the source) comparison of political systems inside

LOL turning a Landing Helicopter Dock into Littoral Combat Ship,
US Marines sailed through the Strait of Hormuz with an armored vehicle on the flattop's flight deck, ready to fight off Iranian gunboats
Please, Log in or Register to view URLs content! 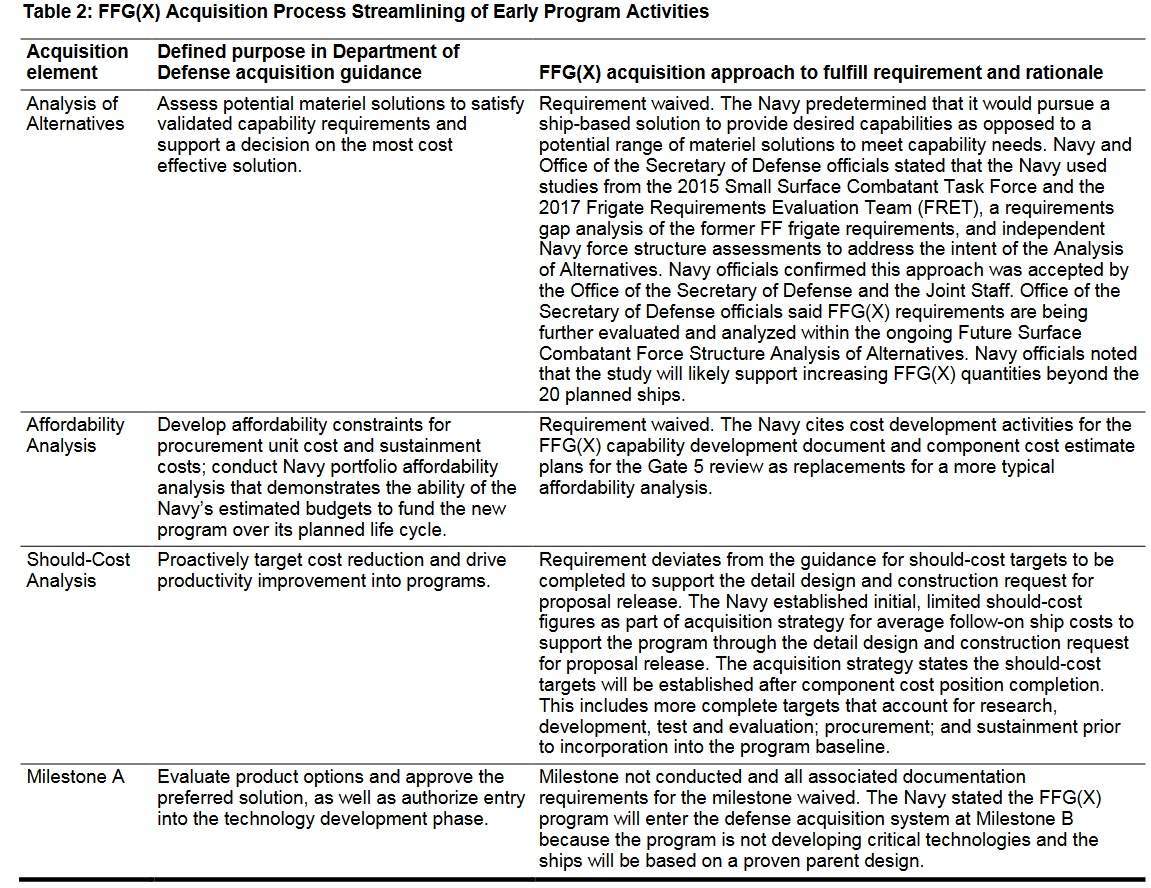 Registered Member
Hi guys, I've been gone a while (some of you may have known me here as "NavyReco"). Well, I am back under a new name (and new media).

A tour of the naval base and shipyards in Norfolk, recorded in May 2019...

Impressive number of ships... and Trump's "355 ships navy" plan in full swing. A lot of the ships in overhaul at BAE Systems were at the "dead ship pier" two years ago, with white tarps around their guns and sensors taken off... (including the cruisers).
Like wise the Harpers Ferry class LSD were supposed to be decommissioned because of their age, now they all are (at least the three in the video) in overhaul.

how you doing? thought you're

jab at the Ford inside Questions about US Navy attack sub program linger as contract negotiations drag
Please, Log in or Register to view URLs content!
You must log in or register to reply here.