The main threat being targeted is drones. Drones are smaller and cheaper and fly lower making them harder to kill with systems like the Patriot or Iron Dome.
Drones lack pilots are built to be cheaper as such they are more sensitive to electric and directed energy attack.
Missiles are expensive far more so then the Drones often used in battle.
Bullets are cheaper but some drones are cheaper still.
A laser or jamming is cheap. Yes the equipment costs a lot but it has virtually infinite ammo.
And any military equipment has to meet stringent military requirements of operating temperatures, water and humidity and more. That is set in MIL-STD-810 that range? -55 C(-67F)to 125 C(257F)
Now yes that is short of the coldest temperature on earth -89C but at that temperature I suspect air craft are grounded, people have more to fear from freezing to death then fighting.
Besides why are you fighting in the middle of nowhere in Antarctic?

It also lays out demands for pitch roll and Vibration.

TerraN_EmpirE said:
...
Besides why are you fighting in the middle of nowhere in Antarctic?

TerraN_EmpirE said:
...
And any military equipment has to meet stringent military requirements of operating temperatures, water and humidity and more. ...
Click to expand...

"Lasers will heat up and destroy whatever they focus on, given time — but bad weather, even rainfall, will weaken the beam. On a rainy day, laser defenses may be useless ..." etc. 50 minutes ago

That temperature was not in the attic it was the Antarctic.

"Lasers will heat up and destroy whatever they focus on, given time — but bad weather, even rainfall, will weaken the beam. On a rainy day, laser defenses may be useless ..." etc. 50 minutes ago
Click to expand...

Sure it will but then we are not talking about shooting a laser hundreds of miles out. The ARMY is looking for a close in system of a few miles.

Jura said:
now noticed something about the Saudis, which I preferred not to read before breakfast (saw "fresh coat of paint" in the first sentence)

gruesome reading:
US denies giving Saudis 'benefit of doubt' over Jamal Khashoggi case
Secretary of state says US will take commercial ties into account in deciding response
Please, Log in or Register to view URLs content! 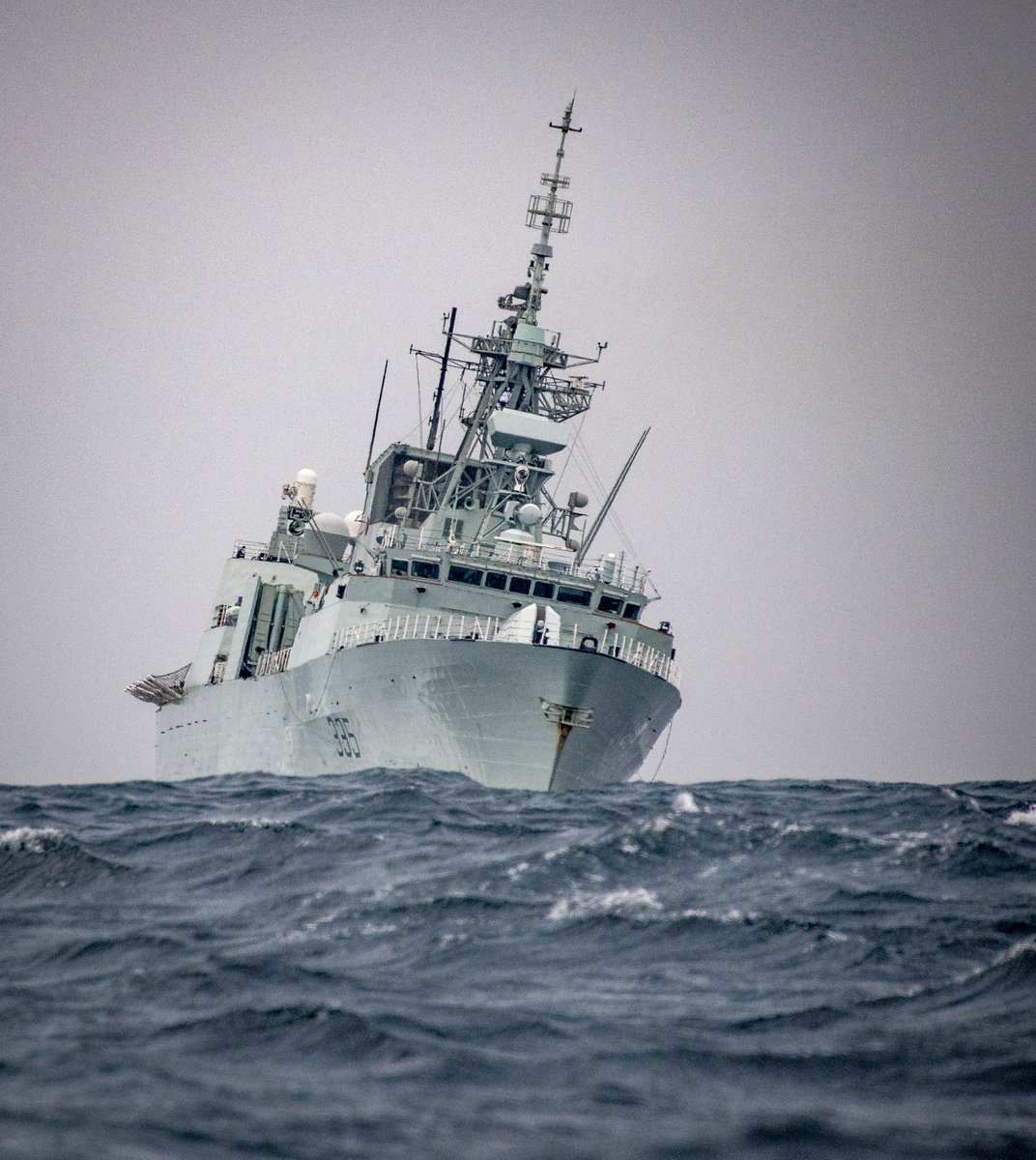 Oh the Bushmaster III on which the 50mm is based is already used on naval shipping the rest I leave to you.

TerraN_EmpirE said:
Oh the Bushmaster III on which the 50mm is based is already used on naval shipping the rest I leave to you.
Click to expand...

LOL! you redacted the Zumwalt part of Yesterday at 8:24 AM post

now
The first KC-46 delivery is not happening this October as planned
Please, Log in or Register to view URLs content!

In an Oct. 17 interview with
Please, Log in or Register to view URLs content!
, Air Force Secretary Heather Wilson acknowledged for the first time that the delivery milestone has slipped once again. Service officials and Boeing executives are meeting the same day to discuss how best to address a list of unresolved deficiencies — one of the major barriers keeping the Air Force from accepting the new tankers.

Last month, Defense News first reported that two
Please, Log in or Register to view URLs content!
had been added to the KC-46’s list of problems, bringing the total to five. A category-1 deficiency is the most serious grade of technical issues that have no workaround in place.

Air Mobility Command head Gen. Maryanne Miller stated Sept. 18 that the service still expected the first tanker delivery to occur on Oct. 27. However, with most of October gone without any announcement of a firm delivery date, it seemed likely that the Air Force would have to wait at least another month to accept its first KC-46.

Earlier this month, Boeing CEO Dennis Muilenburg soft-pedaled the delivery date, saying at a conference in Seattle, Washington, that the first KC-46 would be handed off to the Air Force sometime this year instead of specifically in October,
Please, Log in or Register to view URLs content!
.

On Wednesday, Boeing spokeswoman Kelly Kaplan reiterated Muilenburg’s statement that first delivery would occur by the end of the year.

“Boeing and the Air Force discuss the KC-46 every day,” she said in a statement. “We’re looking forward to today’s meeting. This discussion is part of our productive dialogue with the Air Force and will help lead us to delivering this essential new air refueling capability during the fourth quarter.”

The program has been plagued with delays over the past several years. Boeing was initially supposed to deliver the first 18 certified tankers in August 2017 — a milestone that has repeatedly been pushed back. After Air Force officials like
Please, Log in or Register to view URLs content!
for being too optimistic in its schedule estimates, the service and company reached an agreed-upon schedule that cemented first delivery in October.

In her interview with Bloomberg, Wilson said that the reason for the most recent schedule slip was due to delays in getting the Federal Aviation Administration to approve the KC-46’s supplemental type certificate, not in resolving the remaining deficiencies.

“I’m not angry about it,” she said. “We have some deficiencies that we are working through with Boeing to make sure those are corrected.”

Boeing
Please, Log in or Register to view URLs content!
in September, a couple months later than planned. The company is still waiting on a military-type certificate from the Air Force, which validates its military-specific systems and is anticipated to be awarded before the first tanker is delivered.

The Air Force plans to buy at least 179 KC-46s — although the service anticipates it will need at least 14 additional tanker squadrons to meet the objectives laid out in the latest defense strategy. That could potentially double the Air Force’s tanker requirement.

Although the service could accept its first tankers with unresolved category-1 deficiencies, officials have been reluctant to do so.

The five existing category-1 issues are:
The Air Force and Boeing have not announced how they will try to resolve the latter two deficiencies.
Click to expand...

since I've now read it, I post
Marine Corps Shedding Old Equipment to Pay for New Technology
Please, Log in or Register to view URLs content!
interesting were the third and second sentences from the end

To make modernizing its equipment affordable, the Marine Corps is weeding out old technology that’s either too expensive to run or hasn’t kept pace with advances made by near-peer adversaries, service officials said on Wednesday.

In the Fiscal Year 2019 budget, the Marine Corps focused on plugging capability holes created by decreased funding in several previous budget cycles and the FY 2020 budget is geared toward improving lethality, Brig. Gen. James Adams, said at the NDIA Expeditionary Warfare Conference. As for the budgets in FY 2021 and beyond, Adams said they would be all about modernizing the Marine Corps.

The challenge is finding money in the budget to afford modernization. The current budget is what Adams called the high-water mark for funding, and future budgets will not be larger.

“It’s only going to get the same or less, in my opinion, down the road,” Adams said. “So in order to modernize we have to divest.”

The Marine Corps developed a Requirements Oversight Council to weigh what to fund and what to cut. Divesting might be caused by new technology making older equipment obsolete, or the long-term maintenance cost of a program does not improve lethality.

“Now we’re focusing more heavily on the cyber and space domains,” Adams said. “That feeds into our divestment discussions all the time.”

During the FY 2019 budget process, the Marine Corps identified more than $567 million in savings, in part by identifying programs to either reduce or phase out entirely. These savings were part of an effort reforming how the Marine Corps buys equipment, which has saved about $3.6 billion,
Please, Log in or Register to view URLs content!
the Commandant of the Marine Corps, said in March when appearing before the House Appropriations Committee.

One example is the Marine’s decision to cancel the survivability upgrade for the service’s legacy AAV-7 amphibious landing craft in favor of the
Please, Log in or Register to view URLs content!
.

Another example of divesting, Adams said, is how the Marine Corps is replacing its fleet of EA-6B Prowlers and the F-18 Hornets with the F-35B Lightning II Joint Strike Fighter. The Marine Corps loses some of its electronic jamming capability by divesting its Prowlers, but Adams said the Corps could lean on the Navy’s fleet of EA-18G Growlers to compliment more directed electronic jamming equipment mounted on land vehicles or even carried by Marines.

Instead, the Marine Corps is developing better means of defeating small unmanned aerial vehicles, such as quadcopters. These vehicles are hard to detect with traditional radar, relatively cheap to deploy, and used by the full spectrum of forces from extremist organizations to near-peer adversaries. The Marine Corps is developing improved lasers to track and fry the small vehicles and electronic countermeasures to disrupt the signals sent from operators, Adams said.

Jura said:
Sunday at 9:19 AM
while now Mattis orders fighter jet readiness to jump to 80 percent — in one year
Please, Log in or Register to view URLs content!

(most of the article talks the USAF, gosh Raptors' readiness below 50%)
Click to expand...

so let's wait and see
You must log in or register to reply here.