When one of Ukraine's biggest munitions depots exploded, prompting the evacuation of 28,000 people, officials blamed sabotage.

Now it has emerged that the fire alarm at the Kalynivka site in central Ukraine was out of action and the base was poorly protected.

Criminal negligence is being considered as a possible cause of the blasts, which injured two people.

Ukraine's president has warned of a threat to national security.

Security chief Oleksander Turchynov said the loss of munitions at Kalynivka, and in a similar incident in March at Balakliya in the north-east, was the biggest blow since the conflict with pro-Russian separatists began in 2014.

Criticising Ukraine's entire defence leadership, he warned that events at Kalynivka proved that Ukraine was incapable of protecting its strategic arsenals.

The exact cause of the accident at the missiles storage site in the Vinnytsia region is still unclear. Nearby homes were badly damaged as shells went off in all directions.

On Wednesday, Prime Minister Volodymyr Groysman said it was "no accident" that the Ukrainian army's arsenal had been destroyed and suspicion inevitably fell on pro-Russian separatists. Some reports suggested a drone may have flown over the site before the fire started.

But President Petro Poroshenko later told security heads that they had to learn how to protect strategic facilities from sabotage groups, but if there was another cause, those responsible had to be brought to justice.

Chief Military Prosecutor Anatoly Matios revealed that the fire alarms were out of action and that only half of the site's technical protection facilities were working, Interfax news agency reported.

There was also a problem with the military security guarding the base. Most of the officials there were elderly because wages were so low, he said.

The prosecutor said there were four theories as to what happened, ranging from criminal negligence involving workers at the military site to external sabotage involving an explosive device inserted into ammunition sent there for storage.
Click to expand...

The art of storing munitions is that a small explosion doesn't lead to a large explosion. This is the second huge explosion of an Ukrainian arms dump this year and the suspicion must be that way to much explosive material had been stored in both. In preparation of a new war effort?

I noticed through Breaking News at gazeta.ru right now (
Please, Log in or Register to view URLs content!
) quoting

The art of storing munitions is that a small explosion doesn't lead to a large explosion. This is the second huge explosion of an Ukrainian arms dump this year and the suspicion must be that way to much explosive material had been stored in both. In preparation of a new war effort?
Click to expand...

Won't be a surprise if they do, but if their war effort is that sloppy....
D

MwRYum said:
Won't be a surprise if they do, but if their war effort is that sloppy....
Click to expand...

Ukrainian forces were trained by US and parts had been employed in Afghanistan. After the rebellion against the coup regime the rebels lost half their area and then held against the might of the Ukrainian army with at that time limited support from Russian volunteers and a low level of Voentorg. Parts of the Georgian army had equally been employed in Afghanistan before it attacked South Ossetia and was defeated by a smaller Russian force. There was the spectacular defeat of the Iraqi army by a minimal Daesh force at Mosul a few years ago. There was the collapse of the South Vietnamese army in 1975. The Afghan army remains to be in trouble against the much smaller Taliban forces. US trained forces often do badly in war. And when did US win wars since 1945? They conquered Granada in 1983, they invaded Guatemala and replaced its elected government by a military dictatorship in 1954 and they replaced of one dictator by another in several Latin American countries.

That's an over simplification, the Iraqi and Afghan heck even Ukraine armies broke from the inside. It's not as easy as showing the troops how to use there weapons, they need a cohesive coherent command.
The Ukrainian Army was compromised from the inside. The government in Kiev collapsed.

In Iraq the U.S. had systematically dismantled the elite portions of the Iraqi army. Saddam having witnessed this only partially rebuilt it. When the US rolled in again and dismantled it the second time. The US was then trying to build from scratch a new army, before this could be completed the majority of US forces left, and trained major commanders were sacked.
When Isis hit it all fell apart.

In Afganstan the US has been building the armed forces for a decade. However the local community is not the nation that was killed by the Russians. No it's the tribe, the clan, the family. And the Taliban are the same. It's hard to fight a war where both the allied commanders are fighting each other and where the enemies are impossible to sort.

And in all three cases as well as Vietnam you have other internal issues of corruption. But that's not unique to US conflicts the Syrian civil war is likely to drag out the same way as you have the same issues. Of course they have a clear understanding of there objective Maintain the Assad regime or scorched earth. 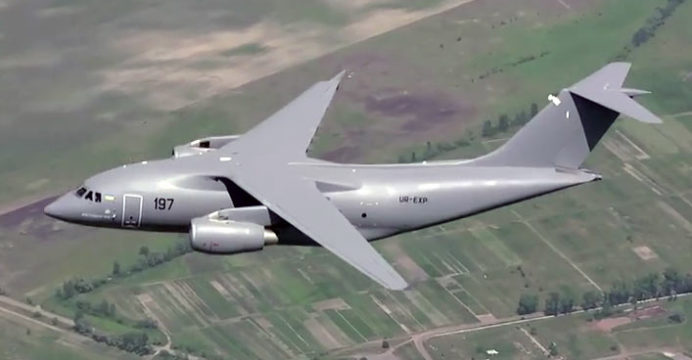 The Antonov An-178 is based on the An-148/158-series of regional jet airliners and is designed to replace legacy short/medium-range transport aircraft, such as the Antonov An-12 Cub.

When Antonov revealed the An-178 in 2015, it explicitly stated that it was aiming to provide a markedly cost-effective solution, especially in comparison to comparable Western aircraft. Antonov also promised to expand the An-178’s versatility, such as adapting it for the air-to-air refueling (AAR) role.

However, as with many of Ukraine’s marquee defence programs, the An-178’s success seems to be hinged to Kiev’s success in securing an overseas partner to co-fund and induct the platform. The An-132D came to fruition as a result of Saudi Arabia joining and co-funding the program.

In May of this year Ukroboronprom
Please, Log in or Register to view URLs content!
a memorandum-of-understanding (MoU) with Turkey’s Aselsan to provide an integrated avionics suite for the An-148-family, which includes the An-178.

In 2016, Antonov had posited the option of integrating General Electric or Pratt & Whitney turbofan engines in place of the Ivchenko Progress D-436, which currently powers the An-178.

Antonov intends to secure sales for 20 An-178 aircraft for the next five years. Its target markets include Central Asia, South Asia, the Middle East and North Africa, Sub-Saharan Africa and Turkey.

Having first flown in May 2015, the An-178 can carry 15 tons in payload to a range of 2,040 km (and at 18 tons 990 km). It is powered by two Ivchenko Progress D-436 turbofan engines, which Antonov claims will provide lower operating costs than four or even turboprop engines. 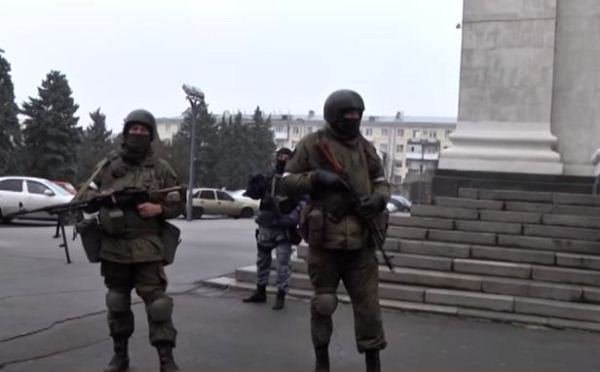 not sure if related, these:
were coming reportedly from
Please, Log in or Register to view URLs content!
to get

Please, Log in or Register to view URLs content!
wow, it says "He was overthrown by the former interior minister on 21 November 2017 and has fled to Russia."

Please, Log in or Register to view URLs content!
wow, it says "He was overthrown by the former interior minister on 21 November 2017 and has fled to Russia."

as of now, according to the most recent gazeta.ru article (
Please, Log in or Register to view URLs content!
), it's unclear where he is


Sep 24, 2016
former Prime Minister of
Please, Log in or Register to view URLs content!
hanged himself after he had been accused of organizing a coup:
https://www.sinodefenceforum.com/uk...s-reports-data-etc.t7103/page-135#post-416937


Oct 17, 2016
Separatists' Field Commander "Motorola" killed in the lift taking him towards his apartment in downtown Donetsk, so "a Ukrainian sabotage unit" again:
https://www.sinodefenceforum.com/uk...s-reports-data-etc.t7103/page-137#post-420021


Saturday at 9:08 AM
the Head of National Security Corps of
Please, Log in or Register to view URLs content!
assassinated in Luhansk:
https://www.sinodefenceforum.com/uk...s-reports-data-etc.t7103/page-140#post-437090

EDIT
all the links appear to work, usually show a picture of the individual ... kinda spooky
also considering Oct 17, 2016
(a comment made quickly after "Motorola" had been fixed)
Click to expand...

Jura said:
Tuesday at 7:45 PM
as of now, according to the most recent gazeta.ru article (
Please, Log in or Register to view URLs content!
), it's unclear where he is

so wiki was very well informed Tuesday at 7:45 PM
(or got lucky LOL)

so wiki was very well informed Tuesday at 7:45 PM
(or got lucky LOL)
Click to expand...

then the new Separatists' leader of
Please, Log in or Register to view URLs content!
(some L. I. Pasechnik) announced Mr. Plotnitsky had stepped down, due to health reasons: