sequ said:
The CEO of TEI had an interview. He said the
Please, Log in or Register to view URLs content!
:

- Some European companies are hooking our employees on the spot to disband the team.
- They offer abnormal prices, prices that are not available in world markets.
- PD-170 engine is at the integration stage in Bayraktar TB3.
- We made a more powerful engine than the engine in the ATAK helicopter. It reached 1400 horsepower. It passed the tests. We are testing the more powerful ones. Our nation will hear them soon.
Click to expand...

Compare these stats to the stats given by Prof. Aksit last year:

IMO we can see an increase of 5 hp in take off, and 36 hp increase in emergency power.

Registered Member
Interesting, two different engines on the Akinci? A test vehicle perhaps? And the Kizilelma is quite large: 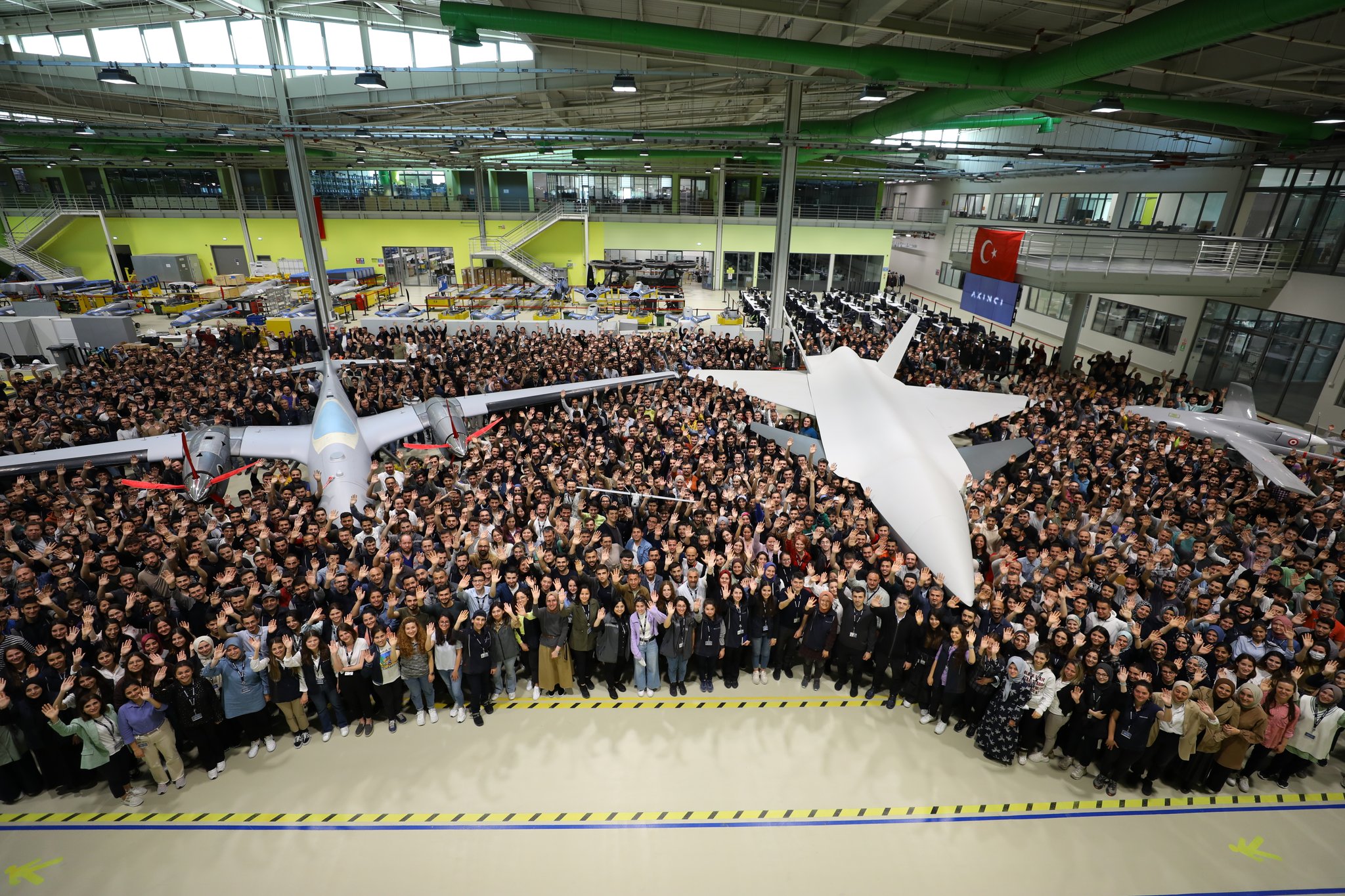 Abominable said:
Why do you think TB-2 type drones aren't able to be picked up by SAM radars?
Click to expand...

sequ said:
Interesting, two different engines on the Akinci? A test vehicle perhaps? And the Kizilelma is quite large:

How do you tell that the engines are different?
G

Registered Member
The S-300 and Buk aren't well suited to engage drones. A lot of the S-300 systems for example have minimum altitude engagement floors. Those are mid or long range air defense systems. To defend against targets like 10-100km away or more.
Even if you could shoot down a drone with an S-300 system missile, I suspect the missile would cost way more than a TB-2.

Tor and Pantsir are more suitable for engaging drones but even they are kind of overkill. Just not cost effective.

gelgoog said:
The S-300 and Buk aren't well suited to engage drones. A lot of the S-300 systems for example have minimum altitude engagement floors. Those are mid or long range air defense systems. To defend against targets like 10-100km away or more.
Click to expand...

They're perfectly suited to engage drones(especially Buks, it's basically their bread&butter), and do it routinely. The war is just far more complex thing than just competition of range bubbles.

gelgoog said:
Even if you could shoot down a drone with an S-300 system missile, I suspect the missile would cost way more than a TB-2.
Click to expand...

Not even close. TB2s' powerful EOTS alone is worth as much as a good missile. In the end you're comparing two drones - just one of them is a single-use, single mission kamikaze, and another one is intended for way more. Only some of the most expensive US AD missiles cost ~as much as TB2, but that's mainly about them being American. US MALE drones as more expensive still.

And that w/o mentioning that AD works on the premise of prevented damage, not just the pure cost to cost ratio.


gelgoog said:
Tor and Pantsir are more suitable for engaging drones but even they are kind of overkill. Just not cost effective.
Click to expand...

? while Tor missiles are at least somewhat expensive(compared to Tunguska/Pantsir ones, not anything with a seeker), Pantsir ones are outright cheap(it's basically a guided shell with a huge powder charge behind).

siegecrossbow said:
How do you tell that the engines are different?
Click to expand...

To me one seems to be larger than the other. Or could it be optical distortion?

TUSAŞ Engine Industry AŞ (TEI) Chairman and General Manager Prof. Dr. Mahmut Faruk Akşit stated that they can build an engine with a power of 35000 pounds for the National Combat Aircraft (MMU).

Akşit told the AA correspondent that they could achieve the weight of the work required to make the MMU a 5th generation aircraft, the engineering part, with a setup they will do at TEI.

Expressing that the USA has Raptor aircraft, one of the best warplanes in the world, Akşit said, "The USA does not sell these aircraft to anyone. We have reached the level that can give the thrust of the Raptor's engine. We are confident that we can build an engine of 35 thousand pounds for the National Combat Aircraft. We are confident in ourselves. " Mahmut Akşit stated that they can produce the MMU engine by taking the technologies they have developed and benefited from for use in helicopter engines to the next level.


Explaining that the F-110 engines used in F-16 warplanes have a power of 29 thousand pounds, Aksit said:

"The 35 thousand pounds of power that the engine planned to be built for the MMU will produce means between 30 thousand and 40 thousand horsepower. Such a power will be obtained with a single engine that there will be two engines that produce this power in our National Combat Aircraft. Two 30 thousand to 40 thousand horsepower. "The engine, which produces between thousand horsepower, pushes you with a tremendous acceleration. The warplane needs to be aggressive. There is a need for such power. We know that we can do this in Turkey with the ATAK we have made in the last 7-8 years." I wonder if the CMC projects between TEI, Tubitak MAM and other universities have something to do with this?

The Russian Army seized the ASELSAN radios used by the Ukrainian Army. So, can this lead to any vulnerability?

According to the information we have obtained from various sources as SavunmaSanayiST; ASELSAN radios have a very advanced crypto system. In addition, since it is foreseen that such communication systems may fall into the hands of enemy elements, there are some measures other than crypto.


Again, thanks to a captured communication system, the aforementioned radio is banned in order to prevent enemy elements from infiltrating the radio network and all data pertaining to it are deleted. In other words, even if the seized radio is in working condition, it is burned and rendered dysfunctional in a way.

For this reason, the combat systems produced by ASELSAN, captured by various powers, do not pose any risk to the Turkish Armed Forces or other users.