by78 said:
Ah, thank you! I was looking everywhere for this video.
Click to expand...

From the looks of it, the A300 is still under testing despite having been unveiled 6 years ago.

I wonder if any of the major MRL systems shown at the Zhuhai Airshow (SR5, A300, SY400, WS-XX) ever made it into PLA service or are being considered.
D

There were reports of the PLA purchasing it back in 2015 but no further word since.

most likely have no need for it. PLA needs something cheap and can be produced en mass. at that range there are better options for fire projection at their disposal. 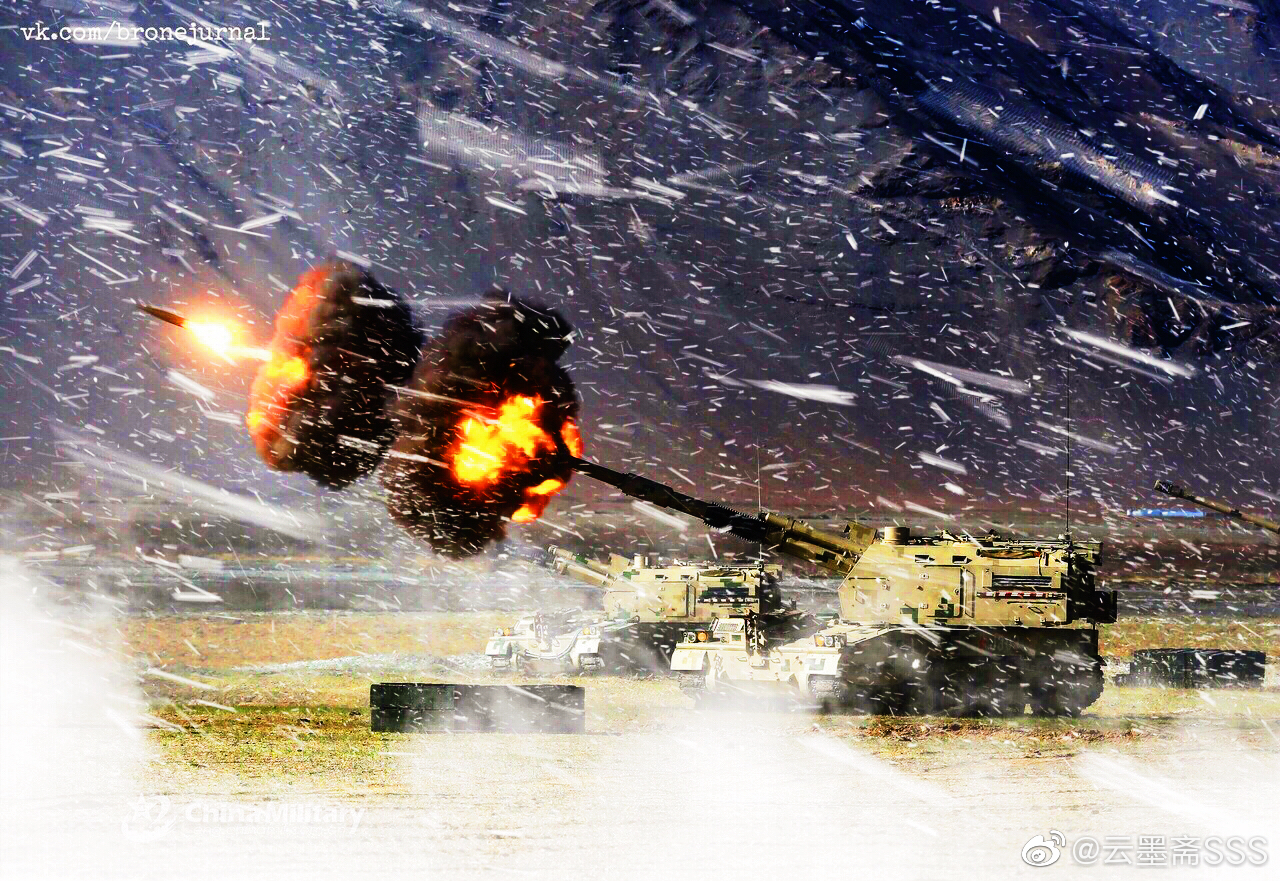 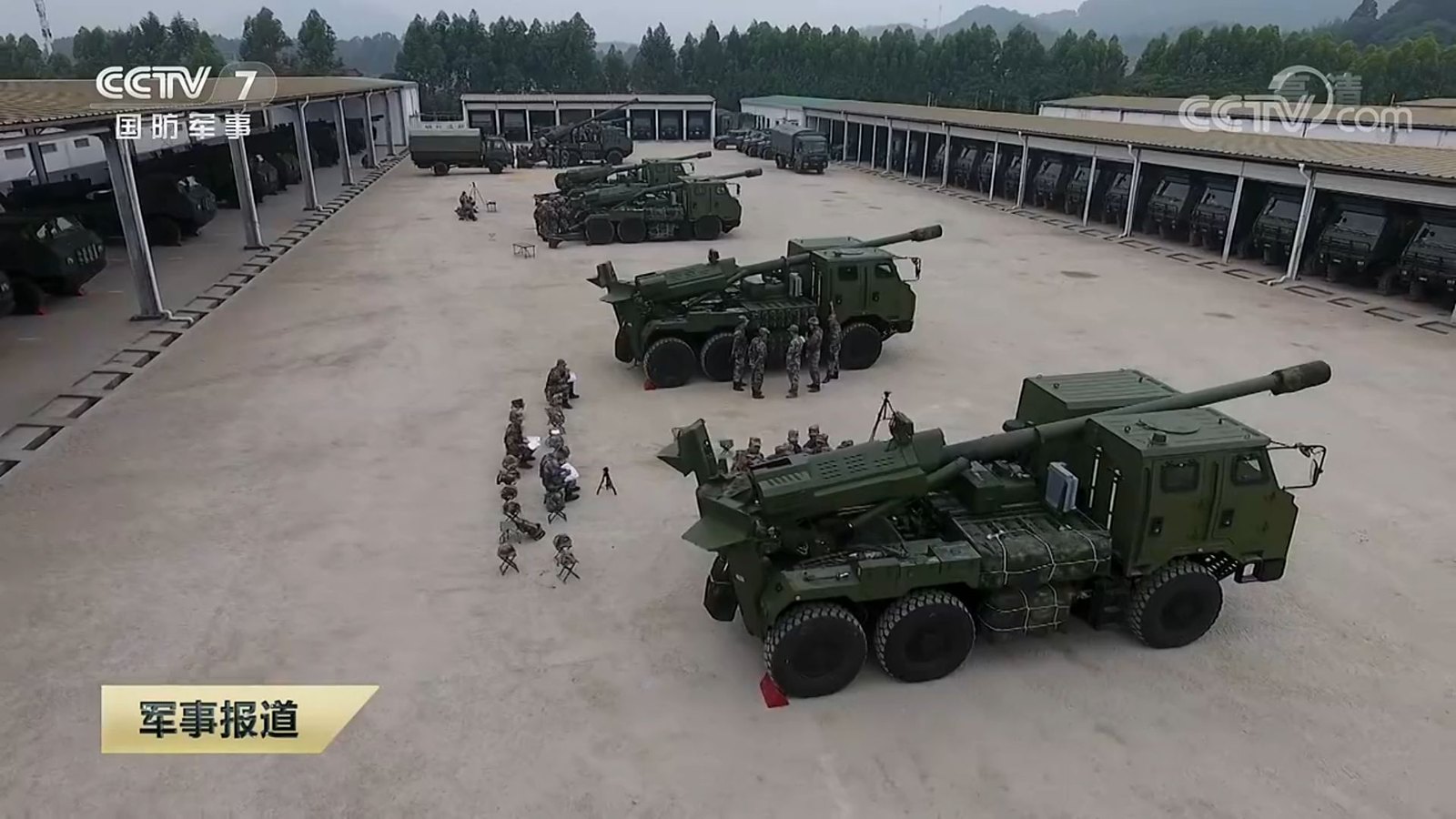 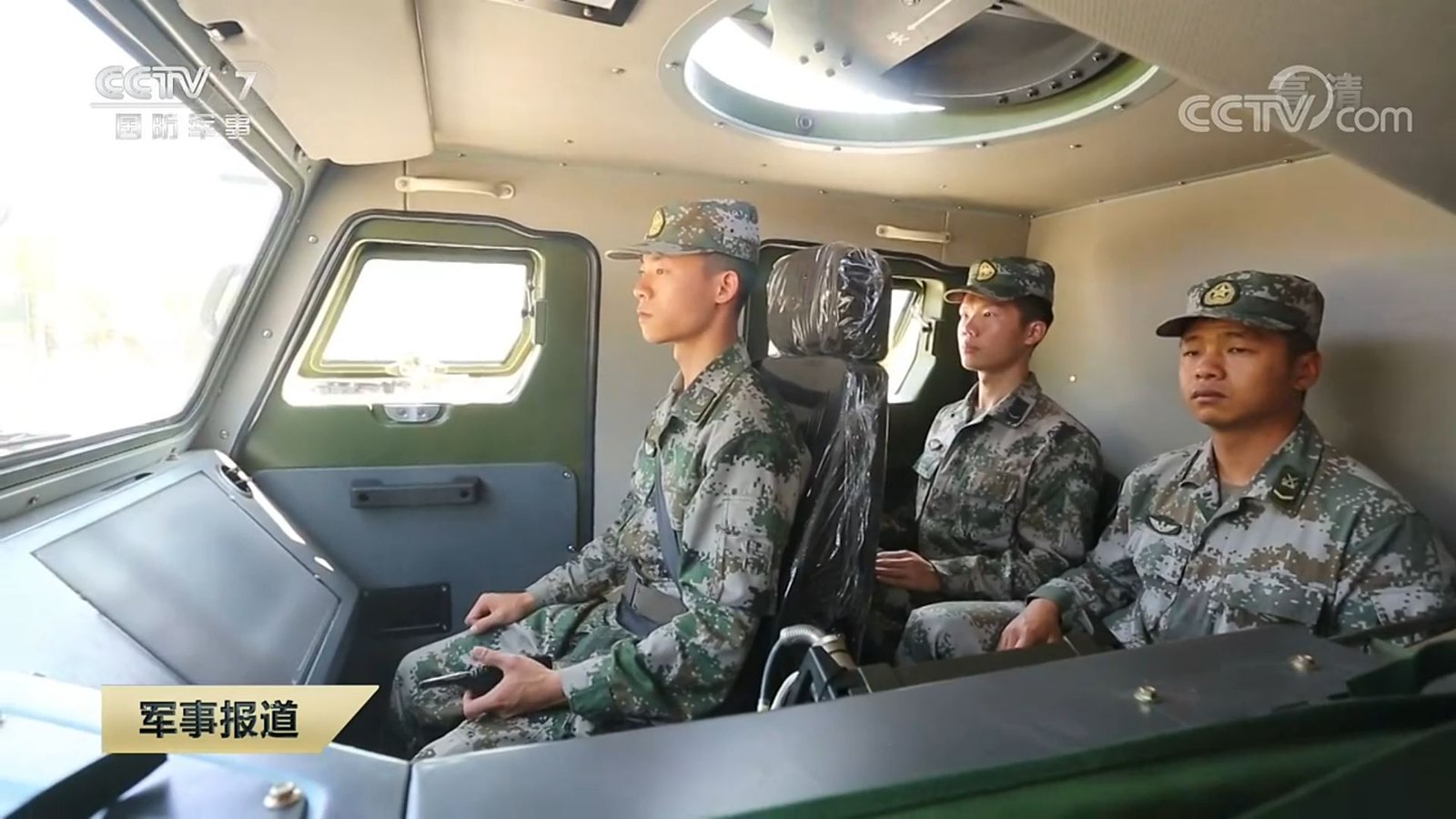 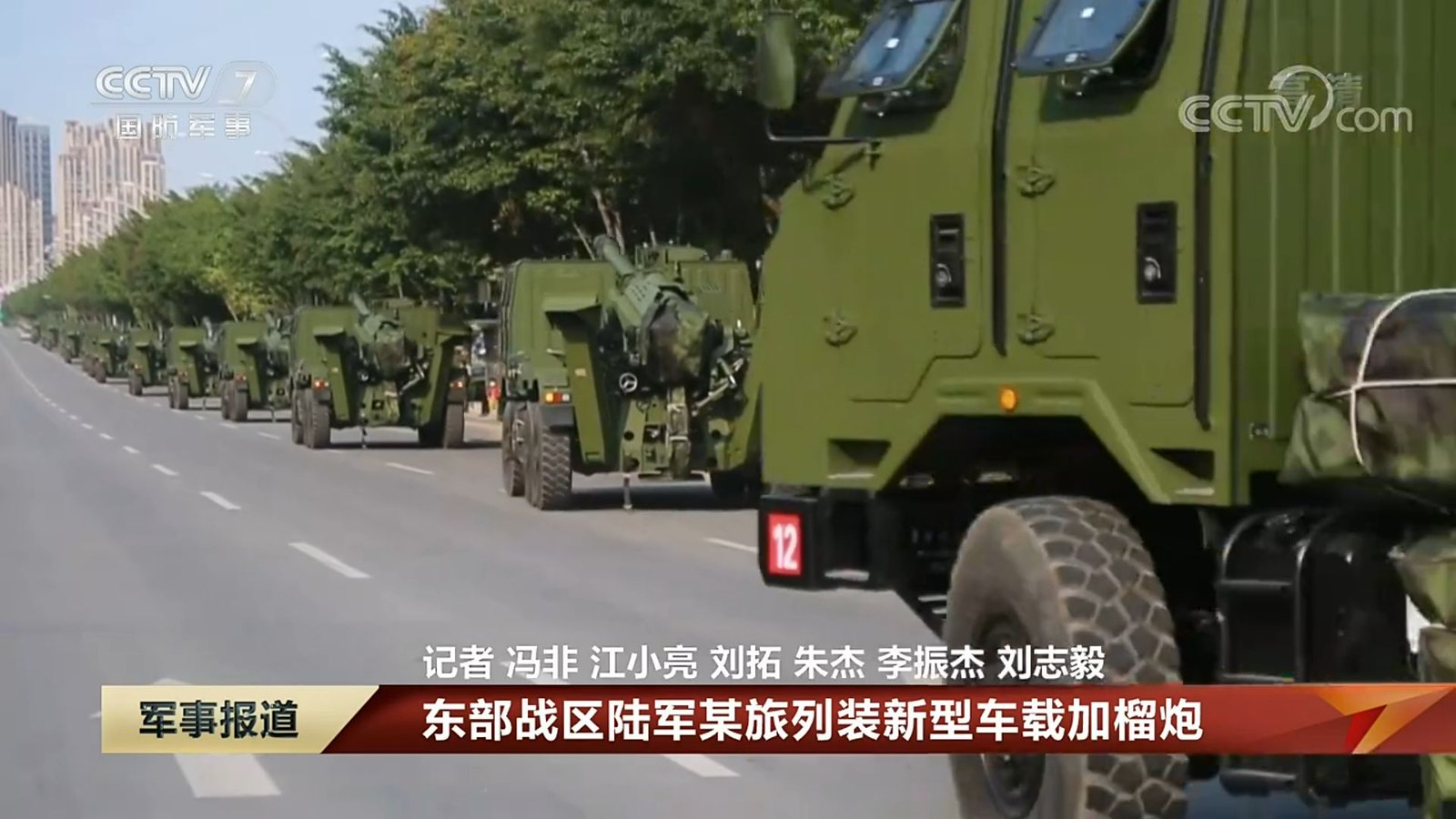 High-resolution images from a commissioning ceremony for the new wheeled SPH. 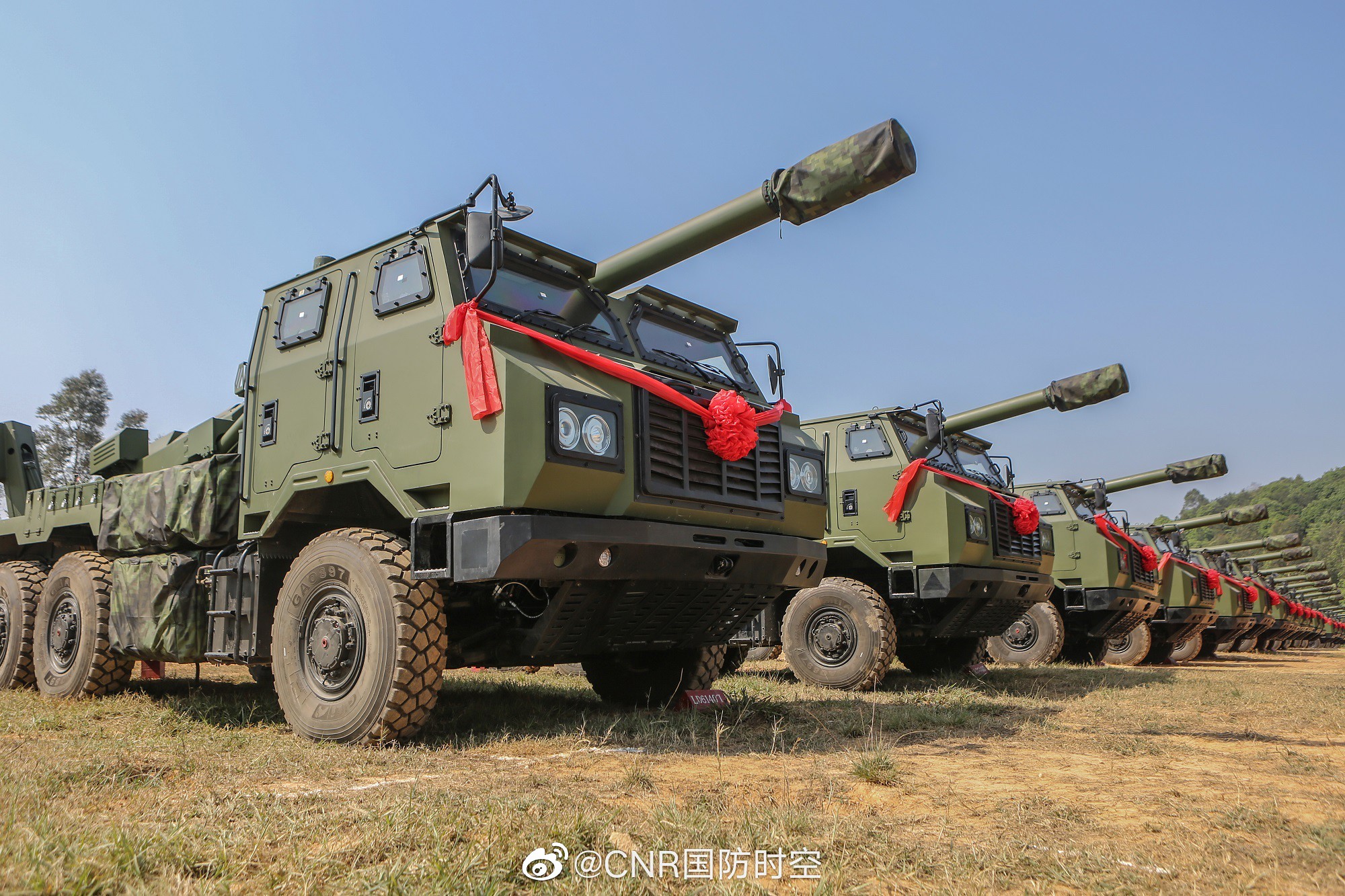 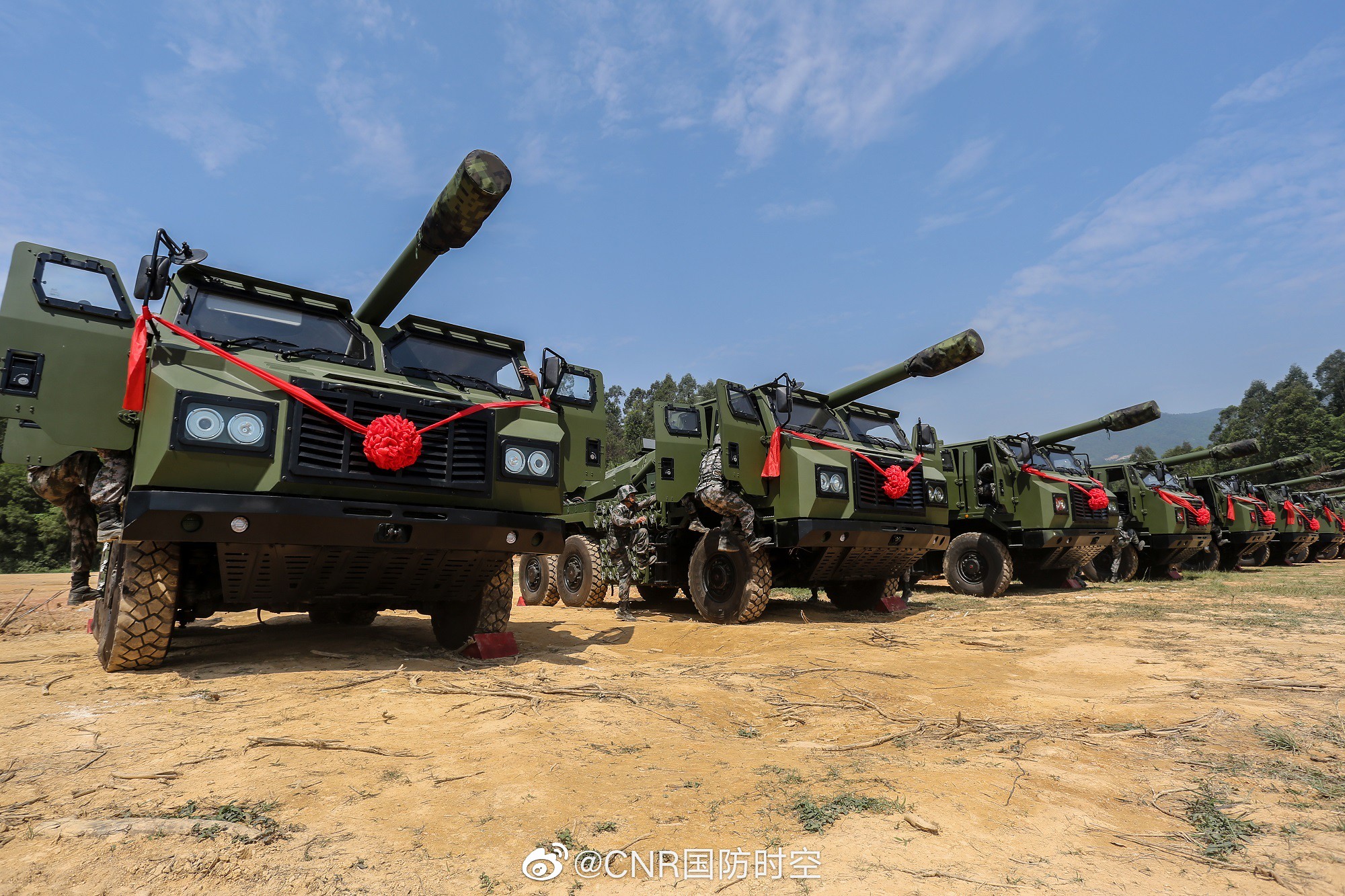 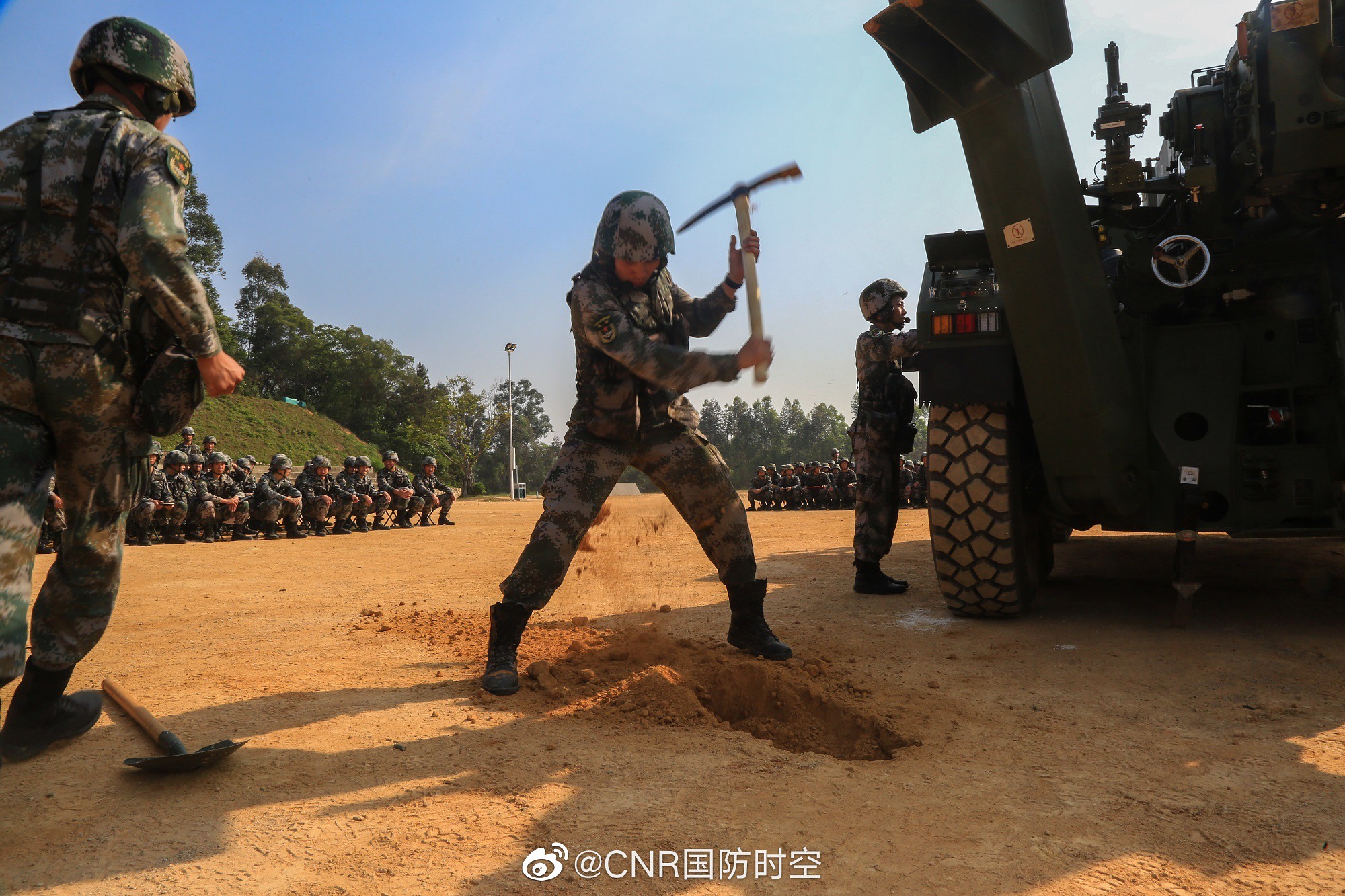 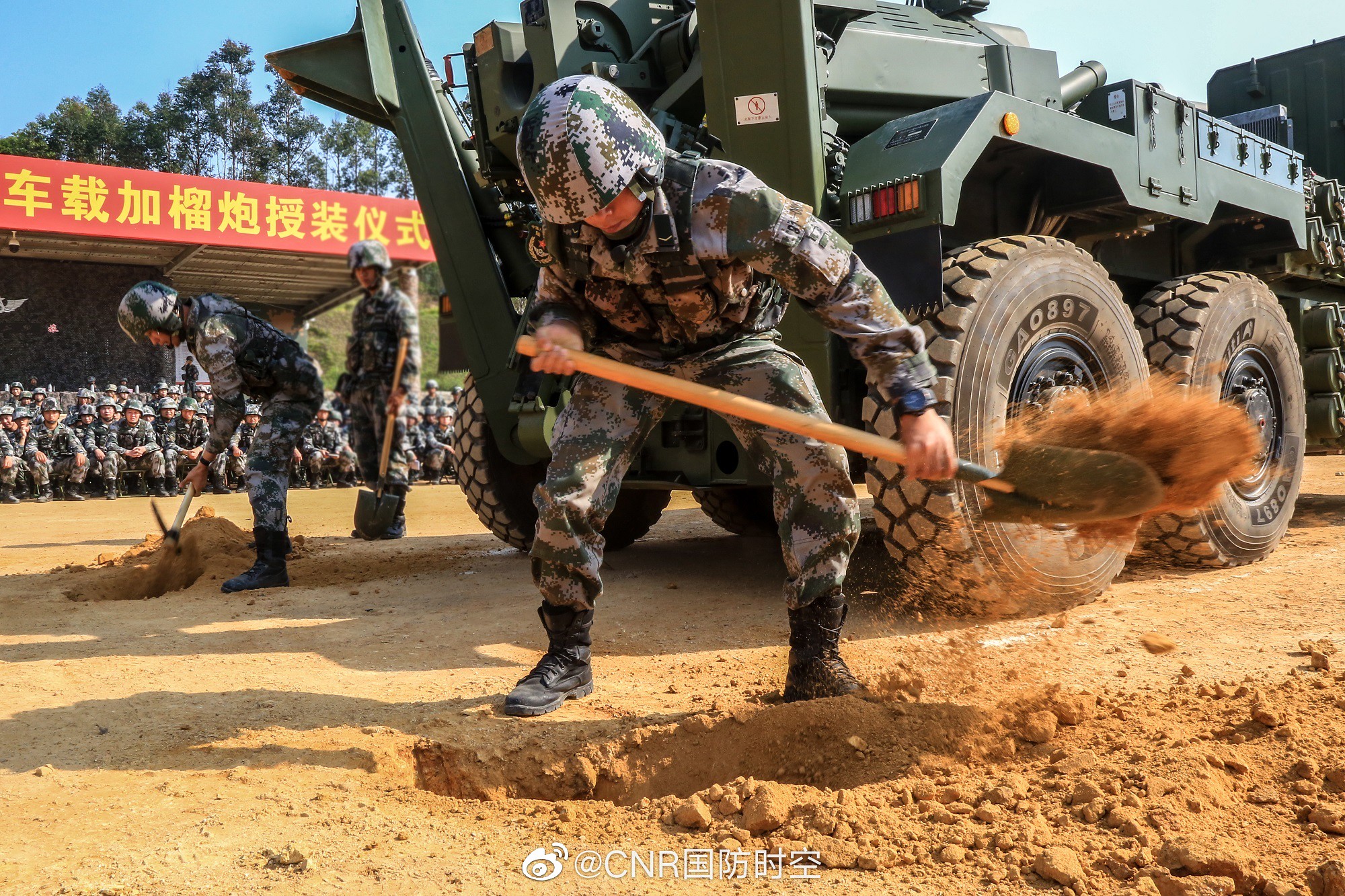 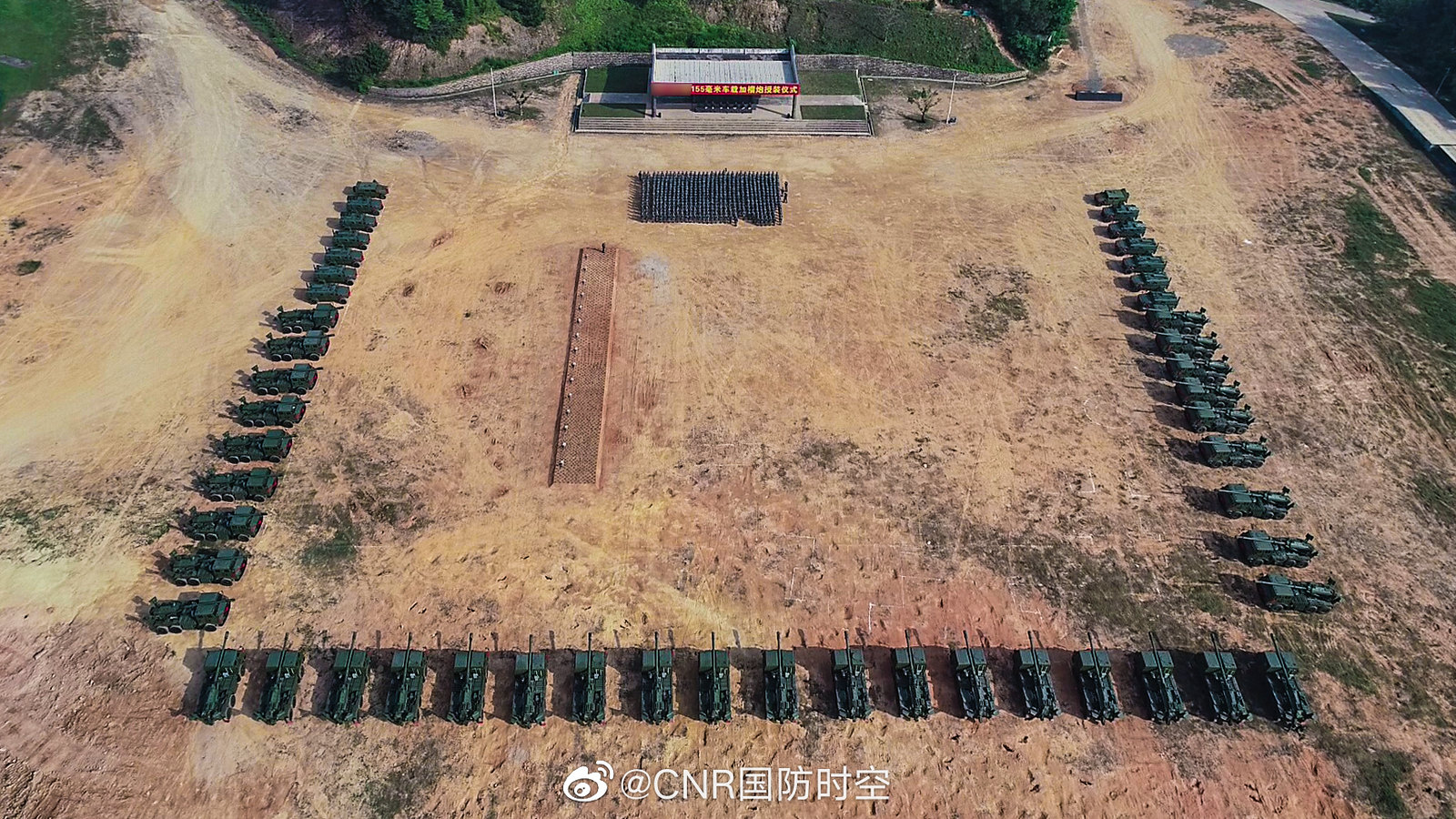 Very good gifs of the PLZ-07 in action. It also shows the rarely shown PLZ-07 resupply vehicle with the crane on the back.

The loading mechanism is also shown. A semi automatic loader that incorporates a chain rammer which is identical to the 2s19 msta in manual mode.
Last edited: May 5, 2020

With the introduction of 155 mm calibre PCL 181 Chinese artilerry get much needed upgrade faster deployment, semi automatic fire control, more compact design,air transportable and improve mobility. Not as good as Archer from Sweden but better than French Caesar via lkj 86
They also have 122mm truck mounted but manual firing gun too

BEIJING, May 7 -- Recently, it has been widely reported that China's new generation of 155mm vehicle-mounted howitzers, the PCL-181, have been delivered to troops of a brigade under the People's Liberation Army (PLA) Eastern Theater Command in batches. This reveals both the renewal of the main equipment, and even the overall improvement of the authorization system, tactical thinking, and equipment system of the PLA Army artillery troops.

The PCL-181 currently delivered to the PLA Army artillery troops will be mainly used to replace the active PL-66 152-mm towed gun-howitzers and a small part of the remaining Type 59-1 130-mm towed cannons. Compared with the latter two, the PCL-181 features "fastness" as its most prominent technical advantage --- to be specific, its "fastness" in response, marching, and aiming.

First, its response is fast. Within three minutes, the PL-66 152-mm towed gun-howitzer can only complete the transition from marching state to combat state; while thanks to its integrated wheeled chassis and highly automated electromechanical hydraulic servo system, the PCL-181 can realize the whole process from parking to combat state, then to launching six projectiles, and finally to withdrawing and transferring. This means a qualitative leap for the tactics of the PLA Army artillery troops.

Second, its marching is fast. With the integration of wheeled chassis and artillery, the PCL-181 can reach the maximum design speed in marching, with no need to worry about the rollover accident caused by overspeed, which is hardly possible for the PL-66 152-mm towed gun-howitzer.

Third, its aiming is fast. The PCL-181 is equipped with the world-leading automatic fire control system (AFCS). Following the input of the target azimuth data, the vehicle-mounted fire control computer can automatically settle the shooting elements and automatically adjust the azimuth and height of the artillery. However, such element adjustments of the PL-66 rely entirely on manual operation.

At present, the PLA Army artillery troops have already been equipped with the PLZ-05 155mm self-propelled howitzers. Why is the PCL-181 still needed?

The full combat weight of the PCL-181 vehicle-mounted howitzer is 25 tons, only about half compared with the PLZ-05 155mm self-propelled howitzer.(Photo/Courtesy of Weibo @ CNR guofangshikong)

The PCL-181 has a full combat weight of 25 tons, only about half compared with the PLZ-05. Since there are certain restrictions on the total weight of vehicles on many bridges and highways, the PCL-181 is superior to such heavy-duty tracked vehicles as the PLZ-05 in terms of mobility. In addition, with a smaller overall size, the PCL-181 has no worries about "overrun"(the overall height exceeds 3.6 meters or overall width exceeds the train cabin) when transported by rail, and can get through almost all railway sections to reach a freight station nearest to the destination.

In addition, the PCL-181 is more cost-effective with a lower price, so the procurement cost can be reduced to a considerable extent while ensuring equivalent firepower. Under the premise of controlling the procurement cost, it is possible to completely replace the old towed artilleries such as the Type 59-1 the PL-66, which are now active in quantity. In this way, the situation in which a variety of large-caliber artillery coexist in the equipment system of the PLA Army artillery units will be thoroughly changed: artillery of 130 mm and 152 mm calibers are to be completely eliminated, only with that of 122 mm and 155 mm calibers retained. The PCL-181 vehicle-mounted howitzer will drive the overall improvement of the authorization system, tactical thinking, and equipment system of the PLA Army artillery.(Photo/Courtesy of Weibo @ CNR guofangshikong)

The PCL-181 vehicle-mounted howitzer is equipped with the military high-mobility truck chassis, which make it good at long-distance mobility on road. It was reported that the service members of an Army brigade under the Eastern Theater Command just drove the PCL-181 to their camp after unloading at the freight station. However, when it came to receiving the PLZ-05 155mm self-propelled howitzers in the past, they had to carry them back with heavy-duty wheeled trailers.

According to statistics, the total mileage of China's expressway network has exceeded 100,000 kilometers at present. Therefore, the PCL-181 can quickly reach designated areas by using its wheeled chassis of long-distance rapid maneuverability in North China, East China, and South China where the expressway network is relatively dense. In addition, the PCL-181 is also superior to the PLZ-05 in terms of maneuverability and operational flexibility in mountainous areas, deserts, Gobi deserts, and plateaus.
Last edited: May 7, 2020
T

VIP Professional
If the crew needs to dig holes in the ground manually for the spades before firing then it's not as fast of a system as it could be.

Totoro said:
If the crew needs to dig holes in the ground manually for the spades before firing then it's not as fast of a system as it could be.
Click to expand...

I think that is dog and pony show for the consumption of the young soldier watching the show . I am pretty sure the hydraulic cylinder has enough power to drive the spike stabilizer down into the ground
But it still need soldier to load the projectile into the gun ramp next to gun breach.
There is animation that show the hydraulic ramp pushing it into the gun breach and sequence the next firing
You must log in or register to reply here.