Registered Member
Anyone noticed the ruddervators are canted at more than 60 degrees? I feel like this is a problem for pitch authority, YF-23 is canted at 45 degrees and it already had some problem.... won't the drag produced by pitch up ruddervators be too much? Though the russians have vector thrust so that might help a little.

Gloire_bb said:
Did someone want a carrier-borne J-20?
MiG scale model team to your services.

Ironically enough, MiG 1.42 vibes are clearly visible on this model...

You know what that MiG reminds me of?

It may end up being bigger, somewhat over 30 million, but it is worth remembering that a wage of any worker working in the production and development chain of f35 and his counterpart in russia for the LTS is hugely different.

siegecrossbow said:
I thought the target engine was supposed to be 16 ton and the interim 14 ton?
Click to expand...

the intake looks too small even for that. It seems no bigger, possibly smaller in overall area than the chin intake on an F16.

Also, the notion expressed in another post that this thing can cost 1/3 as much as an F-35 because labor is cheap in Russia is ludicrous. How much of a modern fighter’s total cost is labour for primary and subcontractors?

Russian arms industry has been consistently promising extravagantly big, and delivering majority of the time small, late, half assed, or not at all since the fall of the USSR.
Last edited: Jul 22, 2021
S

Registered Member
New Mi-17 variant, called Mi-171A3 which looks a lot like the Mi-38, designed for operations in gas and oil platforms. 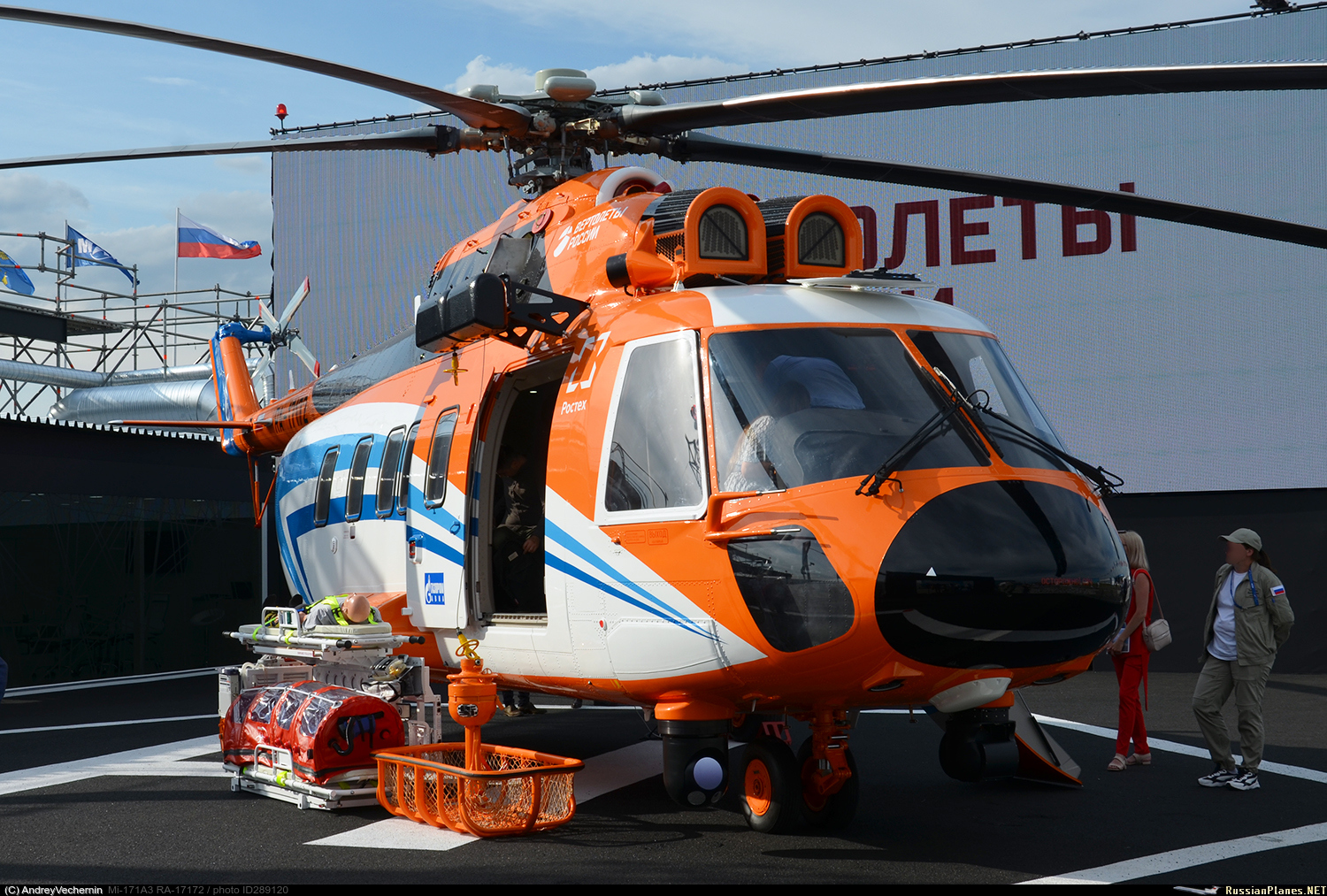 Richard Santos said:
Also, the notion that this thing can cost 1/3 as much as an F-35 because labor is cheap in Russia is ludicrous. How much of a modern fighter’s total cost is labour for primary and subcontractors? you think it is more than 2/3?
Click to expand...

Subcontractors are getting paid in Rubles as well.
Ruble:USD exchange ratio is twice the number of 2014, but PPP economy size is more or less the same.
So, roughly speaking, "actual" price(with 2014 ratio) is twice what you see, and is within lower end of what you would expect for a fully equipped modern fighter. Otherwise, Russian equipment can be sold for their "2014" prices (which are still reasonable), but in this case profit margins go skywards.

It's just that for Russian weapon exports current exchange rate is really unfair to western producers. Unfair, but CAATSA isn't fair either.
P

Richard Santos said:
Also, the notion expressed in another post that this thing can cost 1/3 as much as an F-35 because labor is cheap in Russia is ludicrous. How much of a modern fighter’s total cost is labour for primary and subcontractors?
Click to expand...

This gasoline/electric prices global ranking. will give you some baseline idea of transportation / electricity costs in a country. which is critical for aviation projects as they have thousands of parts with hundreds of suppliers. than add cost of local source materials and population pressure on final location of assembly. i am not even going into cost of water/ waste disposal. and other costs.