Nope ... unrelated to the PAK-DA 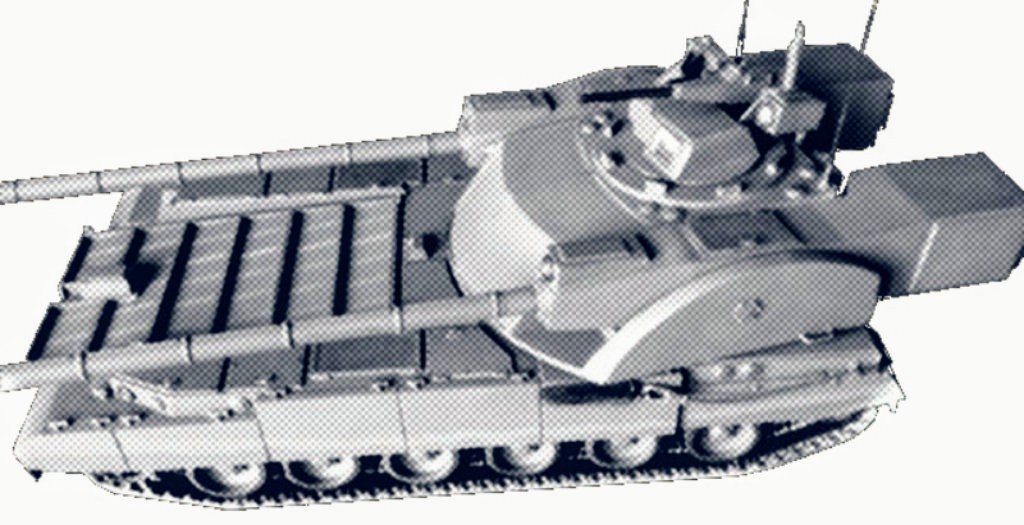 If you ever have something unique used by the bad guys in alt universes - there is a good chance that it isn't as unique as you may have thought. Certainly true for tank projects.

If you ever have something unique used by the bad guys in alt universes - there is a good chance that it isn't as unique as you may have thought. Certainly true for tank projects.

That looks like something from C&C. Going Hell March in the background now, Kirov reporting.

Tam said:
That looks like something from C&C. Going Hell March in the background now, Kirov reporting.
Click to expand...

Curiously, reasons behind such a configuration aren't just about "more dakka" and actually make a lot of sense.
A

And the real object 490 was different animal.

And the real object 490 was different animal.
Click to expand...

There were several objects 490. None of them were built anyway(including 490-I you're probably talking about; there were 3 others, apart from 2 I've already mentioned). All of them reached more or less the same standard, hence a detailed mockup (on photo).

Basic concerns(salvo fire/rapid-fire, retaining full combat capability after a hit on the gun or even ammo stowage) aside,
placing two guns on the flanks w/o intrusion into turret volume simplifies internal layout significantly when your whole crew sits in the turret: you don't have to deal with the need to independently rotate crew stations, they simply sit in non-rotating central ”drum“ within the turret. Placement of all optics thus becomes as simple as it may possibly be, due to the very same reason.

As a result, you gain the lowest possible armoured crewed vehicle with the least technical complications, where the central part of the turret(the likeliest place to be hit) is actually the strongest: no gunport.

As a useful bonus, guns themselves work as side protection of sorts for the fighting compartment.

This layout (among others) was contemplated by people with a lot of experience behind their belts: there were no obvious show stoppers.
Too radical to be build? Perhaps, but not stupid.
G

A Ukrainian national has been sentenced to a 10-year jail term for an attempt to smuggle parts of a Russian S-300 anti-aircraft missile system into Ukraine, the press office of Russia’s Federal Security Service (FSB) told TASS on Monday.
...
In May 2018, Marchenko was assigned a task by Ukrainian Foreign Intelligence Service staffer Pyotr Khomenko to acquire klystrons in Russia - spare parts for S-300 anti-aircraft missile systems and received $163,000 for implementing the criminal intent, the statement says.
Click to expand...

Well that was close.. Do they remove the warhead when they perform tests like these?
J

Really cool that they decided to release the footage. Really similar to the footage of JMSDF Takanami class misfire in the appearance - I remember that it spiraled out of trajectory right after the start and landed a few dozen meters behind the ship. A few more examples from recent years would be USS The Sullivans and of course the one aboard German frigate.

Well, it depends. Usually they disarm the warheads for safety measures but you've probably seen some footage of live firing exercises towards the targets probably in your life So we would know only if they would release information about that.
You must log in or register to reply here.