anzha said:
That said, IDK if Russia really has the ability right now to do a manned mission to the moon.
Click to expand...

Guess the Nuklon project will decide where they are at since I believe they are going to earths moon, Venus and than one of Jupiter's satellites(moons). I think its 20-30 tons for weight estimate. Space X is chucking rockets, NASA mentions multiple times about using nuclear propulsion to Mars, so far they are quite if they have a Mars proposal or not. But I am highly interested on the time length the travel of the nuclear tug would take.
G

Registered Member
If anyone can get nuclear space propulsion to work at this time it is the Russians I think.

Staff member
Super Moderator
I don’t think any nation is allowed to station nuclear assets in orbit as per the outer space treaty.
A

siegecrossbow said:
I don’t think any nation is allowed to station nuclear assets in orbit as per the outer space treaty.
Click to expand...

Nuclear reactors are totally allowed. Nuclear weapons are not.

The US tried to argue an exception for the Orion in the test ban treaties, but the Soviets weren't buying it. I can see it both ways there, tbh.
G

Russia has fully mastered production and even improved the AI-222-25 aircraft engine, which was previously created in cooperation with the Ukrainian company Motor Sich. Now the new unit can be used not only on the training Yak-130, but also on heavy UAVs.

Initially, the aforementioned engine was developed by the Zaporozhye machine-building design bureau "Progress" for the regional liner Tu-324 and was called AI-22. Despite the fact that the unit was never used on a passenger plane, a whole family of turbojet engines was created on its basis, including the economical AI-222-25. The latter was installed on the Yak-130 combat training aircraft.

The events of 2014 put an end to the Russian-Ukrainian cooperation and the joint production of the unit was stopped. However, already in 2015, the Russian UEC announced the development of a full production cycle for AI-222-25.

Moreover, now the Salyut enterprise has brought for testing an upgraded version of the unit, which received a doubled resource. This engine is planned to be installed not only on the Yak-130, but also on Russian heavy UAVs, in particular the promising "Grom" (Гром) The latter, thanks to the new engine, will be able to take more payload and increase the flight range from 2 to 3.5 thousand km.

But the UEC does not intend to stop there either. In 2 years, the creation of the AI-222-25 digital twin will be completed, which will speed up work on its new modifications. Consequently, the path of the now completely Russian aircraft engine is just beginning.

Registered Member
Does anyone know why the Mig-35 has been so unsuccessful in getting orders? Will be sad if it collapses and Russia only has Sukhois left

sndef888 said:
Does anyone know why the Mig-35 has been so unsuccessful in getting orders? Will be sad if it collapses and Russia only has Sukhois left
Click to expand...

Whatever the Mig could do the Sukhoi could do better at just a little bit more expense.
O

sndef888 said:
Does anyone know why the Mig-35 has been so unsuccessful in getting orders? Will be sad if it collapses and Russia only has Sukhois left
Click to expand...

I think it's also in the range and weight class these aircrafts occupy. The Mig-35 is a midweight fighter with relatively poor range (heavier and two engines) but excellent kinematic performance. It has more fuel storage compared to the older fulcrums (without hump back tanks) and I think the ability to use drop tanks which old ones could not? But it's still generally competing with F-16 types, F-18, Gripen, Typhoon, and Rafale. Most decisions to buy will be political until you get to something like India's old MRCA tender where politics takes a slight backseat vs capability for IAF specific needs and of course a lot of backdoor deals. Now these are already rare opportunities and what neutral country is in the market for a midweight 4th gen fighter? They are either too broke to buy even a few units or US aligned.

It's export failure is not exactly reflective of its capability. Why Sukhoi does better is firstly because China and India have bought hundreds each and the countries that are in the market for a heavy weight long range fighter has the Sukhoi or the F-15 as choices. The western aligned ones have all gone for the F-15. The non aligned or Russian aligned/anti-US have all gone for Sukhoi.
G 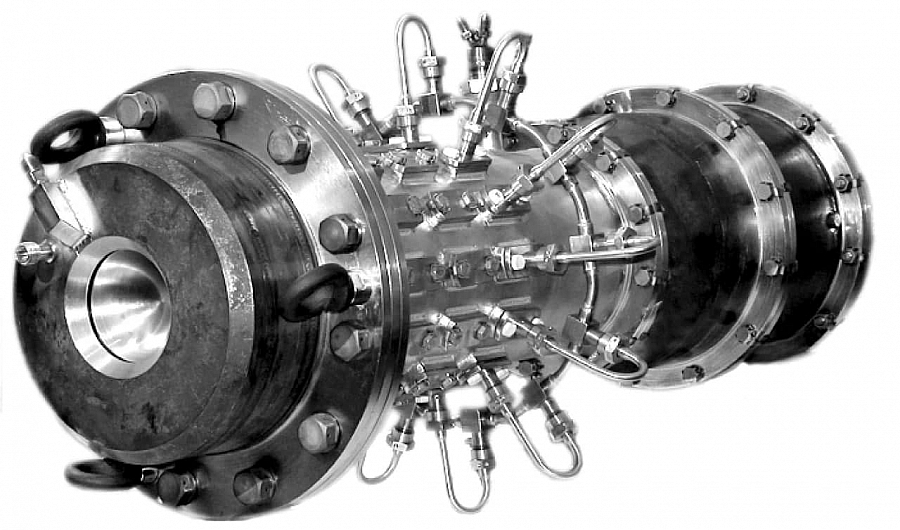 The United Engine Corporation of Rostec has completed the first stage of testing a demonstrator model of a pulse detonation engine, which in the future can be used in advanced rocket and space systems, hypersonic aircraft and orbital spaceplanes. In some operating modes, the power plant demonstrated up to 50% increase in specific thrust when compared to conventional engines.
Pulse detonation engine is a new type of aviation power plant. It has a more efficient thermodynamic cycle than currently operated gas turbine engines. The A. Lyulki Design Bureau (branch of PJSC "UEC-UMPO") has formed a separate development project for power plants of this type.
“The first stage of testing the pulse detonation engine demonstrator has been successfully completed. It has shown the required performance characteristics. In some operation modes, the specific thrust was up to 50% higher than the performance of traditional power plants. This will prospectively increase the maximum range and payload mass of aircraft by 1.3–1.5 times. The design will be able to be applied, for example, on orbital spaceplanes, supersonic and hypersonic aircraft, and future-generation rocket and space systems", reported the Rostec aviation cluster.
Aircraft equipped with pulse detonation engines will have better flight dynamics and maneuverability. The engine type can be used to develop traditional rocket and air-jet propulsion systems or their support systems.
“The simplicity of the design and its relatively low requirements for gas-dynamic process values allow us to integrate solutions developed on the previous engine generations. This provides a great commercial and economic advantage in comparison with the more traditional engines that are currently under development", said General Design Director of A. Lyulki Design Bureau Evgeny Marchukov.
In 2016, the authors of the "Pulse detonation engine" project became the winners of the "Best innovative project in the areas of critical technologies in the Russian Federation" competition in Skolkovo. A model of a pulse detonation engine was first presented at the ARMY-2017 International Military-Technical Forum.
As reported earlier, this year the UEC holding company of Rostec State Corporation started serial production of the new domestic PD-14 engines for MS-21 airliner, and also began manufacturing prototypes of VK-650V engine for Ka-226T light helicopters.
Last edited: Apr 9, 2021
You must log in or register to reply here.