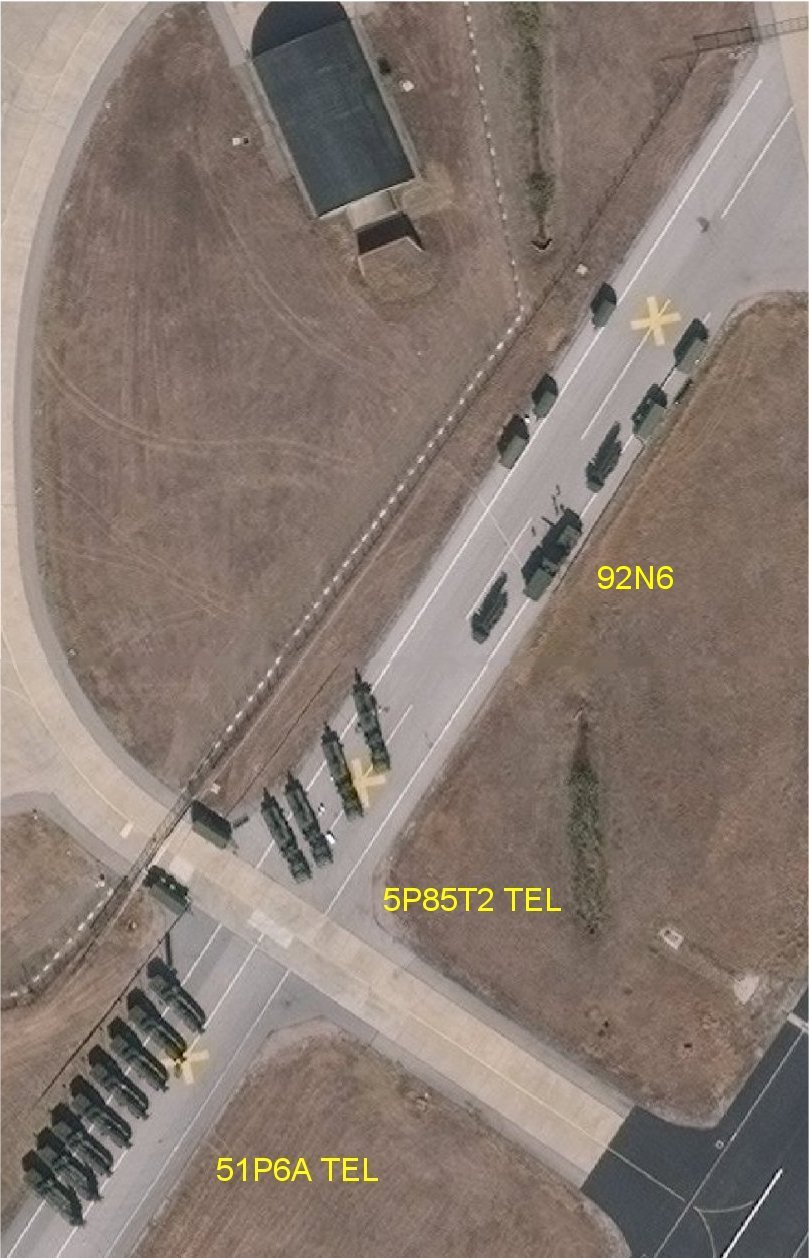 While not being deployed in large numbers in Russia, these TELs seems to be part of the "regimental set package" for export. It is said that these kind of TELs are compatible with the most advanced missile system, namely the 40N6.

I would rule out that these vehicles are "just" 5P85S/D of S-300PS, which are in the process of being retired and to be replaced by HQ-9.
And it is very unlikely that China ordered two different versions of basic TELs, i.e. 5P85T2 (as for the 13th RGT) AND 5P85S2 (as used mostly in Russia).
So my conclusion is 51P6A. 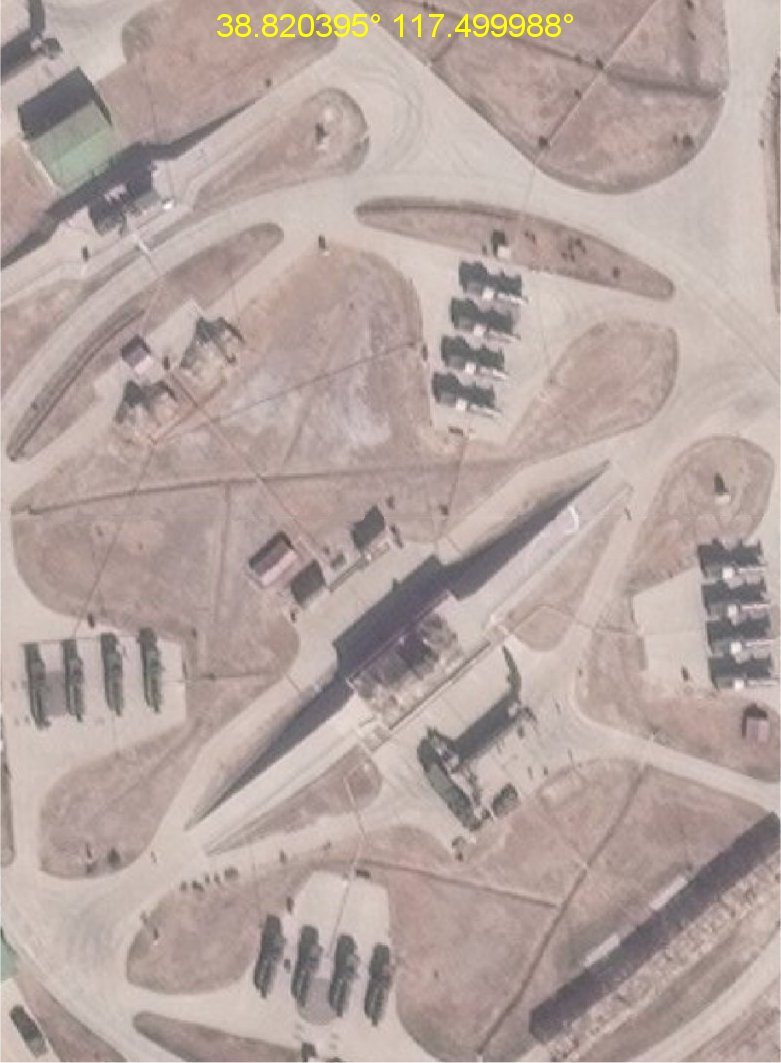 Sadly enough the "Big Bird" Radar site just to the north don't reveal the vehicle (it should be 91N6) because it's partly covered by a shelter on available sat images.

Whatsoever, a site worthwhile to monitor for nerds...
R

Registered Member
the 91N6 is visible now at the site which I mentioned above in my previous post, confirming this as S-400 site. Two 92N6 Radar system indicate a deployment of two battalions (= regimental set) 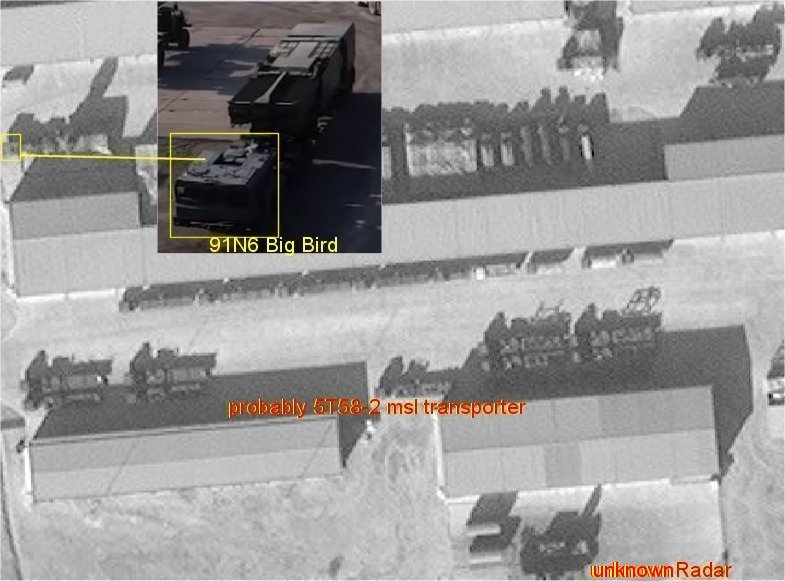 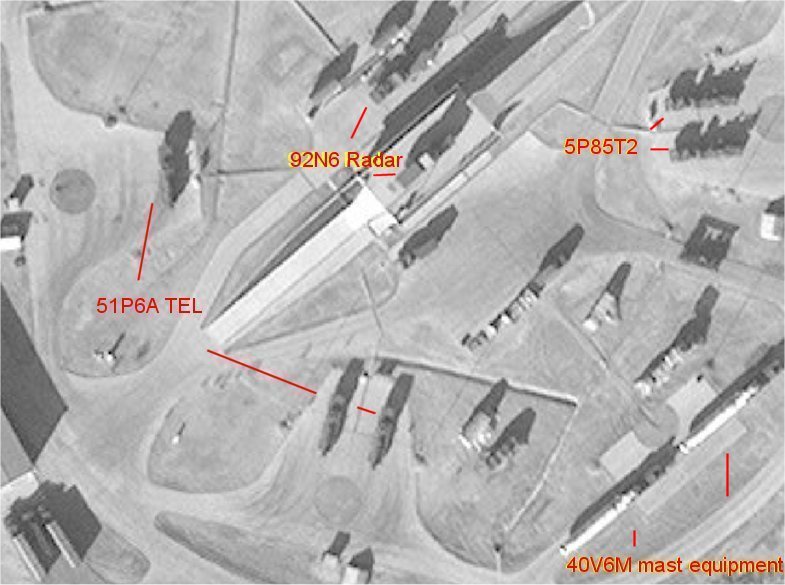 Have not seen any of these "official sources" from the Chinese. As far as I'm aware GDC is either an Indian or American operated faux news site like the mushrooms that are everywhere on Facebook and Youtube (90% of which are actually Indian even if they pretend not to be and don't disclose their locations). S-400 in its current form may not be able to really be effective against HGVs, ICBM warheads, and VLO targets. Shock horror lol. When Beijing bought S-400, they would have known this from the beginning and tested the system. It provides certain air defence gaps HQ-9B doesn't and this includes long range. The S-400 basically covers ALL of Taiwan and on paper approaches 1.5x the range of the HQ-9B, at least the long range missile does. The fire control and radar units are very different to the Chinese approach since splitting from the S-300PMUs and adopting Patriot style search and fire control radars. Perhaps there were/are things worth investigating and adopting with regards to the S-400. Intercepting HGVs and F-22s were never realistic except for fanboy noise.
T

Registered Member
Are the Chinese getting more batches of S-400 very soon? There are gossips of delivery being delayed.

Not just modernised Crotale (HQ-7/B) but also the more capable HQ-17. Best of east and west point defense missiles in these Crotale and Tor M1 upgrades. For closer ranges point defense there's also the LD-2000 with either TY-90/FL-3000 or DK-9 missiles supplementing the Type 1130/730 gun. Not sure if the PLA have ordered any of the PL-12 based SAM systems which would also be longer ranged similar to the HQ-17.
T

Registered Member
Like anyone forgot about the HQ-16B? Before you get to the short range system, anything will have to get through the HQ-16 first.
O

Registered Member
HQ-16 especially the extended range missiles can surprise some fighters and take some out with its range/energy. I didn't consider that a point defense system for SAMs like S-400 or HQ-9 battalions but absolutely it is used as one covering the "medium range" layers just behind the HQ-9s.
You must log in or register to reply here.