Jeff what
"The gun fire"
did you refer to:

Jeff Head said:
The gun fire was minimially effective, the air strikes from the missiles were good hits and certainly caused a lot of damage...but as usual, it was the torpedoes that put the ship down and broke her back.

And those were not small ships either. The Newport News class LST that the US built 20 of and then used them and then sold a number of them, displaced 8,500 tons full load.
Click to expand...

(there's no mentioning of "gun" in the article inside my Yesterday at 1:06 PM
post which you quoted Today at 6:37 AM)

Jura said:
Jeff what
"The gun fire"
did you refer to:
?

(there's no mentioning of "gun" in the article inside my Yesterday at 1:06 PM
post which you quoted Today at 6:37 AM)
Click to expand...

If you watch the video, you will see it.

Jeff Head said:
If you watch the video, you will see it.
Click to expand...

now was jumping through that vid, and in in its second minute noticed what might look like straddling (LOL) but ... weren't these splashes of

mentioned in the article

US and Japan Fire Missiles to Sink Ship During RIMPAC
Please, Log in or Register to view URLs content!

was now looking at recent
RIMPAC 2018
pictures (I then check the ships I saw), liked this view most (
Please, Log in or Register to view URLs content!
): 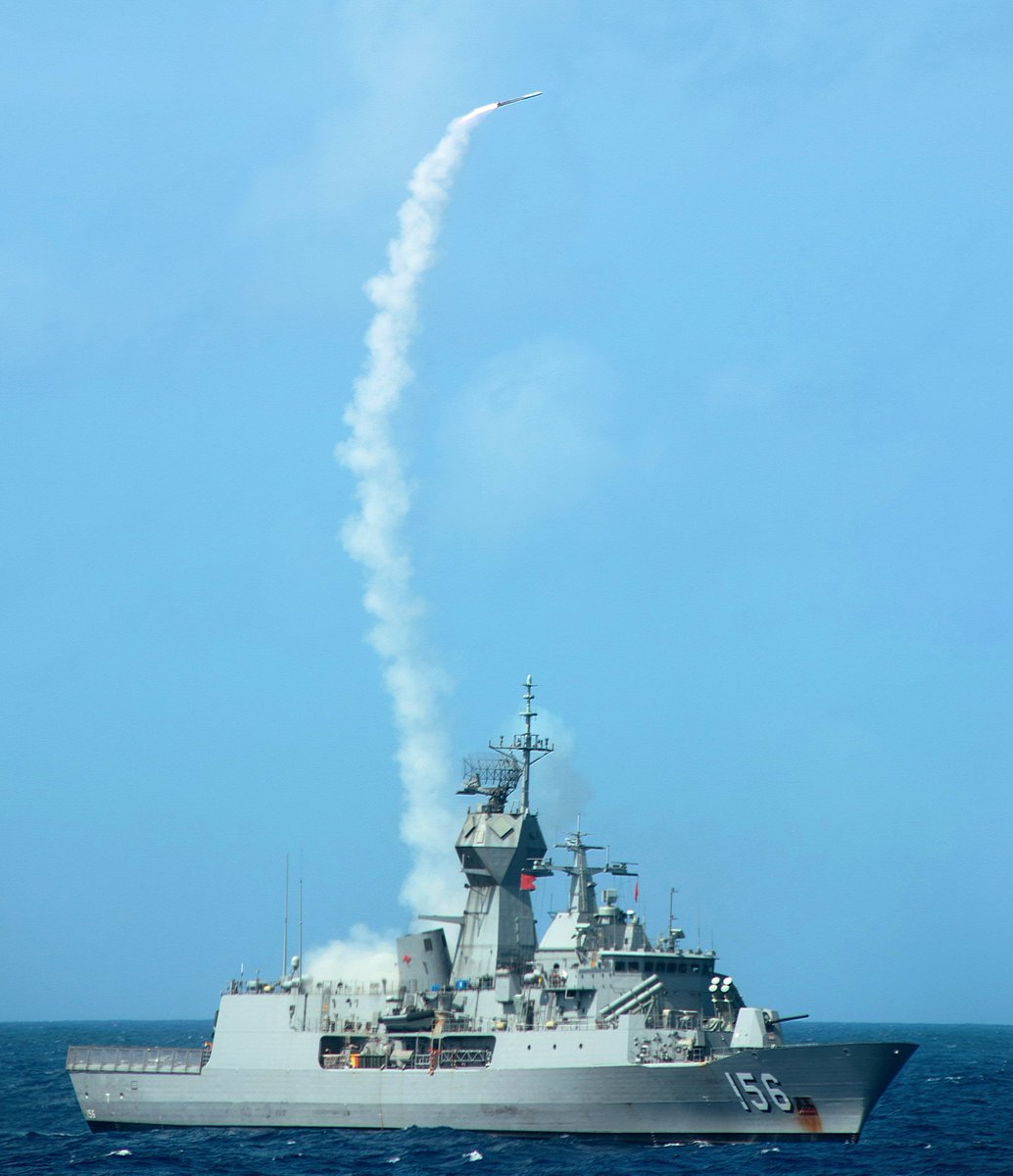 VIP Professional
Dang! Will Canada have any missiles left after firing that one?!...just kidding..

There are hundreds and hundreds of RIMPAC 2018 photos on DVIDS. Check them out!

now DefenseNews:
The US Navy’s new anti-ship missile scores a hit at RIMPAC, but there’s a twist
Please, Log in or Register to view URLs content!

The U.S. Army shot the Naval Strike Missile from the back of a truck using its Palletized Load System in a demonstration that is likely to raise eyebrows in China. The missile, a joint venture between the Norwegian company
Please, Log in or Register to view URLs content!
, was fired from the Pacific Missile Range Facility in Barking Sands, Hawaii, at the former USS Racine, which was floating 55 nautical miles north of Kauai, Hawaii.

The Navy inked a contract with Raytheon to start buying the NSM for its littoral combat ships and likely its future frigate. The Army’s shot successfully detonated on target, according to U.S. Pacific Fleet officials.

The shots dovetails with a concept that the Army and the JGSDF have been developing, known in some circles as “archipelagic defense,” which in essence calls for the use of ground forces to deny Chinese forces free movement through the theater by deploying anti-ship and anti-air missiles throughout the island chains that pepper the Asia-Pacific region.

Deploying ground forces armed with anti-ship and anti-air missiles throughout islands, while leaving those forces open to attack, complicates what many analysts see as China’s goal of exercising de facto military control of 1.7 million square miles of the East and South China seas.

In a 2015 article in Foreign Affairs, Center for Strategic and Budgetary Assessments analyst Andrew Krepinevich argued that deploying ground forces to the first island chain (a region that refers to a line of islands that runs from Japan’s southern tip through the East and South China seas) could change China’s game plan.

“If Washington wants to change Beijing’s calculus, it must deny China the ability to control the air and the sea around the first island chain, since the PLA [People’s Liberation Army] would have to dominate both arenas to isolate the archipelago,” he wrote. “The United States must also integrate allied battle networks and strengthen allied capabilities — both of which will help offset the PLA’s efforts to destabilize the region’s military balance. By and large, those goals can be achieved with ground forces, which would not replace existing air and naval forces but complement them.”

The concept has gained traction in some circles, but the Army has been touch-and-go on the notion as it balances security concerns in Europe, said Jan van Tol, also an analyst with CSBA.

“Archipelagic defense has some merit to it, and there was initial excitement when we started talking about this a few years ago, but it has seen less emphasis recently, especially as the Army is focusing more in Eastern Europe,” he said.


The former head of all U.S. forces in the Pacific, Adm. Harry Harris, told a conference audience in Hawaii in 2016 he wanted the Army to think about ways of using its High Mobility Artillery Rocket System and 155mm Paladin artillery to target ships from land.

“One thing I can tell you: The question of the role of land forces in ensuring access to, and maneuver in, shared domains is something the U.S. and our friends, partners and allies must address,”
Please, Log in or Register to view URLs content!
. "Not only as a matter of security, but also a matter of economic prosperity. ... Our adversaries get this.

“If we get this right, the Army will kill the archer instead of dealing with all of its arrows.”
Click to expand...

Another retired US Navy ship has been sunk in a live-fire event conducted during the Rim of the Pacific (RIMPAC) exercise.

This time, it was the decommissioned frigate USS McClusky (FFG 41) which was sunk on July 19 in waters 15,000 feet deep, 55 nautical miles north of Kauai, Hawaii.

Unlike with the
Please, Log in or Register to view URLs content!
, the US Navy has not shared video footage of the second sinking exercise (SINKEX).

The navy also did not specify which units participated, noting only that the frigate had been sunk by live fire “from a ship and an aircraft.”

“This SINKEX was invaluable for exercising our interoperability as a combined maritime force, and also demonstrating and testing the tremendous warfighting skills of our men and women,” said RIMPAC Combined Forces Maritime Component Commander Chilean Navy Commodore Pablo Niemann.

Ex-McClusky was an Oliver Hazard Perry-class frigate commissioned in December 1983 and decommissioned in January 2015. The ship was named for Lt. Cmdr. Wade McClusky, a naval aviator who led his squadrons of Douglass Dauntless dive bombers against a Japanese fleet during the famed attack on the island of Midway in June 1942. He went on to distinguish himself in subsequent actions during the war and again in the Korean War before retiring at the rank of rear admiral in 1956. The ship operated worldwide during her more than 30 years of service.
Click to expand...

awaiting details about the giving side LOL

Live fire SINKEX from land-based missiles and a submarine torpedo sinks the decommissioned USS Racine (LST-1191) on July 12, 2018 in the Pacific Ocean during Rim of the Pacific (RIMPAC) exercises.

DVIDS - Video - JS Ise (DDH 182) Missile Launch During RIMPAC
You must log in or register to reply here.