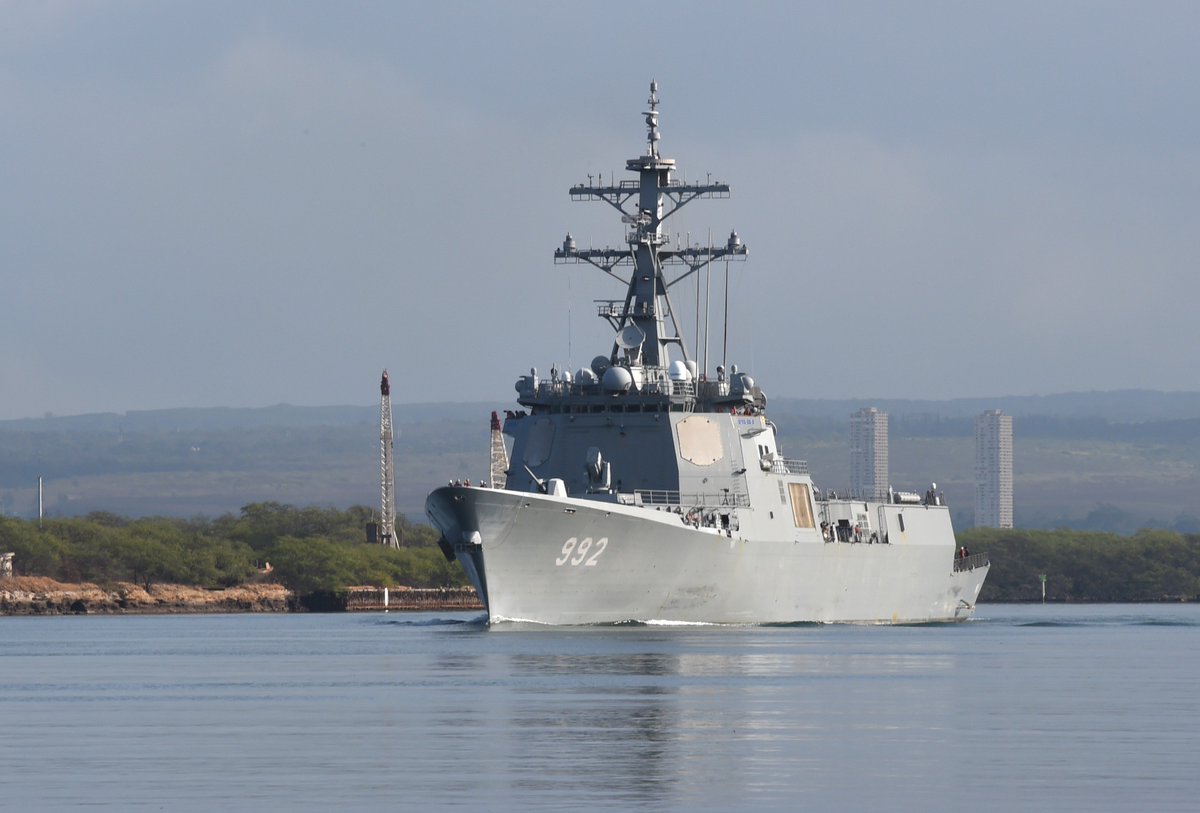 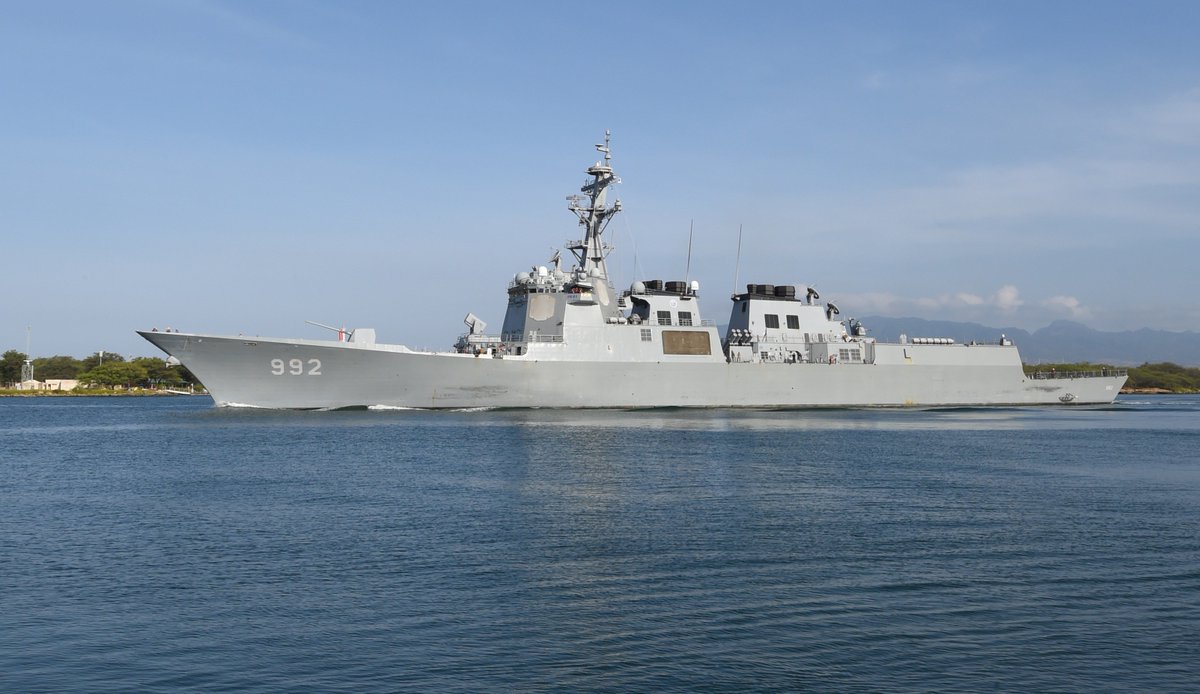 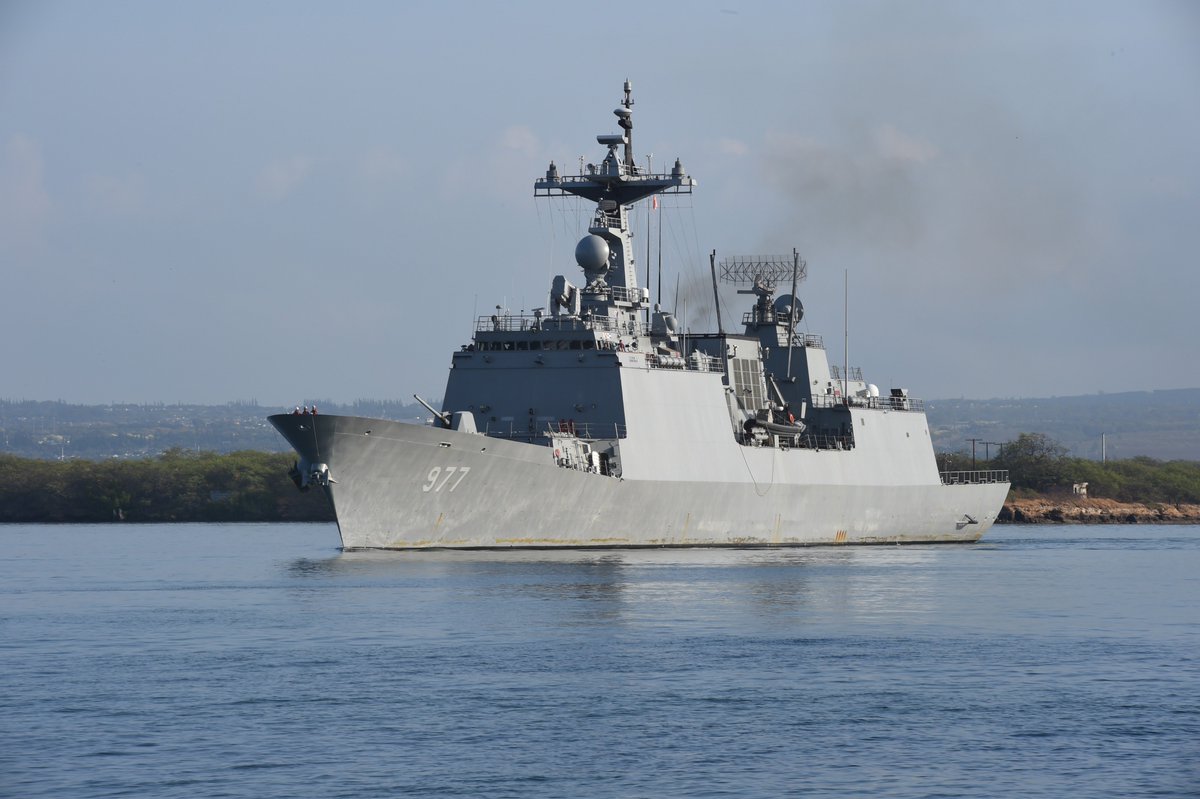 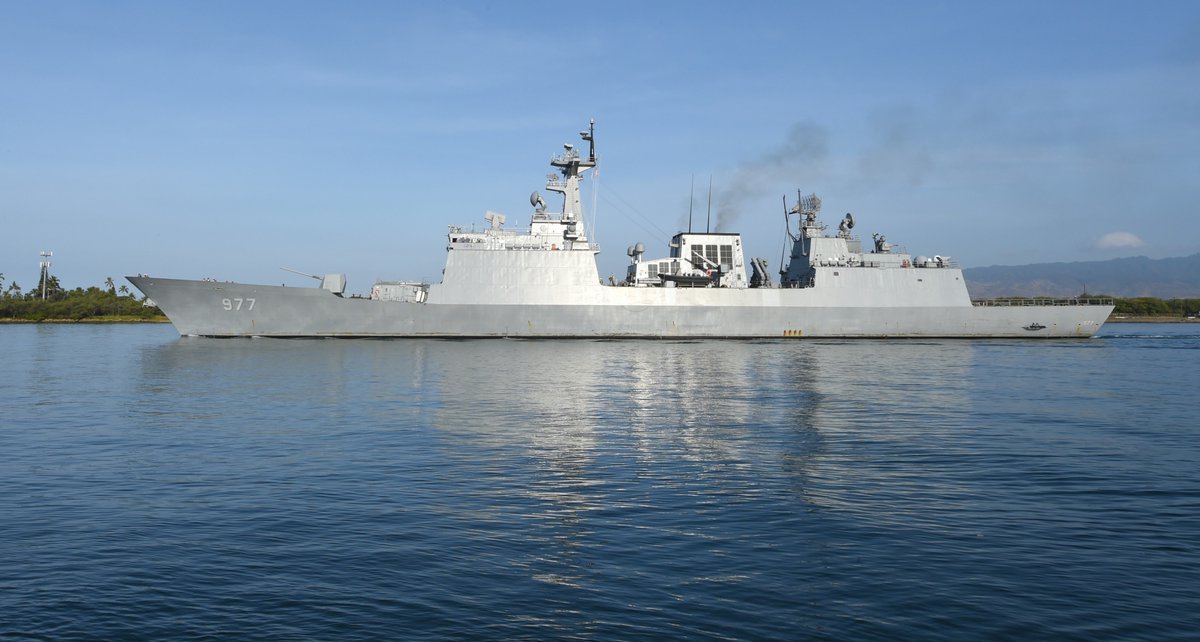 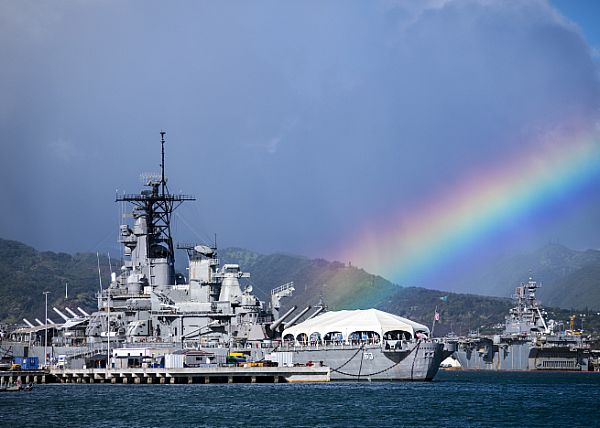 A Chinese surveillance ship is operating off the coast of Hawaii to keep tabs on the U.S.-led Rim of the Pacific (RIMPAC) exercise, a Navy official confirmed to USNI News on Friday.

“We expect the ship will remain outside the territorial seas of the U.S. and not operate in a manner that disrupts ongoing RIMPAC exercise,” Brown said.
“We’ve taken all precautions necessary to protect our critical information. The ship’s presence has not affected the conduct of the exercise.”


Please, Log in or Register to view URLs content!
first reported the presence of the AGI off Hawaii.

“It is very disappointing that the presence of a non-participating ship could disrupt the exercise,” Chilean Navy Commodore Pablo Niemann told the Star-Advertiser on Thursday.
“I hope and expect all seafarers to act professionally so we may continue to focus on the work at hand and building on the spirit of cooperation that gives purpose to this exercise.”

Australian media reported that a Chinese AGI tracked a Royal Australian Navy ship headed to RIMPAC. However, it is unclear if it was the same one currently off the Hawaiian islands.

USNI News understands the uninvited AGI off Hawaii is a Dongdiao-class, the same type of ship China has used to monitor the RIMPAC exercises in 2016 and 2014.

The expected arrival of the AGI follows the late May revocation of the invitation of the PLAN from RIMPAC exercise.

In 2014 and 2016, the U.S. has been fine with the Chinese ship operating in the vicinity in the of the exercise in compliance with the U.N. Law of the Sea Convention.

“We continue to uphold the principle of freedom of navigation and overflight in accordance with international law,” Brown told USNI News.

The presence of the ship off of Hawaii can be used a tool to justify more U.S. presence operations closer to China, Andrew Erickson, a professor at the Naval War College, told USNI News on Friday.

“The U.S. shouldn’t let China have it both ways,” he said. “No matter what Beijing says or does, U.S. forces must continue to operate wherever international law permits, including in, under, and over the South China Sea—a vital part of the global maritime commons that is 1.5 times the size of the Mediterranean and contains substantial areas that no nation can legally claim for itself or restrict access to in any way.”
Click to expand...

Jura said:
OK since I read it, I post (of course I'm not convinced "... the Navy has this incredibly powerful [NIFC-CA] capability ..." right now, and I'm not "enthusiastic about inter-service battle networks merging" and so on) PACOM Commander Harris Wants the Army to Sink Ships, Expand Battle Networks
Please, Log in or Register to view URLs content!
Click to expand...

VIP Professional
Well Jura there are plenty of SINKEX videos on youtube from previous RIMPAC exercises. You just have to wait for one from this year. The video more than likely needs to be cleared for public use.

With the explosive roar of multiple missiles and white contrails arcing high into the sky, U.S. and Japanese forces made history Thursday during Rim of the Pacific exercises.

And set the stage for what a future conflict with China might entail.

Ally Japan fired its own truck-mounted Type 12 anti-ship missiles at the tank landing ship Racine -- at one point in a salvo with five practice U.S.
Please, Log in or Register to view URLs content!
missiles, also truck-mounted.

Former U.S. Pacific Command chief Adm. Harry Harris said in 2016 that "countries like China, Iran and Russia are challenging our ability to project power ashore, from the sea, through ever-more sophisticated anti-ship missiles."

One way to counter that is by rapidly deploying ground-based, truck-mounted long-range missiles to target enemy ships as another option, in addition to U.S. Navy and Air Force capabilities.

"It's like an unsinkable aircraft carrier" in the Pacific, Brown said.

Armed forces can reload and restock anti-ship missiles on land, moving the launchers to minimize detection.

It all fits into what's known as multi-domain battle, which seeks new levels of cooperation and data sharing among the Army, Navy, Air Force and
Please, Log in or Register to view URLs content!
across land, air, maritime, space and cyberspace to exploit windows of opportunity on a rapidly moving battlefield.

China's massive military modernization means it would take significant resources to deter them and, if a conflict breaks out, to defeat them, said retired Navy Capt. Carl Schuster, former director of operations for Pacific Command's Joint Intelligence Center and now an adjunct professor at Hawaii Pacific University.

"The dilemma we face is, we either have to develop new, innovative, integrated approaches to dealing with these problems -- and add as many (partner nations) as we can get," Schuster said, "or we bankrupt ourselves pursuing it."

Wendland said he believed it was the first time the Army fired the
Please, Log in or Register to view URLs content!
, developed by Norway's Kongsberg Gruppen and provided in partnership with Raytheon. The missile has a 115-mile range.

"As (U.S.) Naval forces drive our enemies into the (near-shore waters), Army forces can strike them," Davidson said in a release. "Conversely, when the Army drives our enemies out to sea, Naval firepower can do the same."
Click to expand...

bd popeye said:
Well Jura there are plenty of SINKEX videos on youtube from previous RIMPAC exercises. ...
Click to expand...

now watched a short one which is linked inside
Chinese spy ship observes Japan, US, Australia ‘sinking’ old warship
Please, Log in or Register to view URLs content!

then I searched youtube to find: will watch it in due course LOL

Jura said:
now watched a short one which is linked inside
Chinese spy ship observes Japan, US, Australia ‘sinking’ old warship
Please, Log in or Register to view URLs content!

The gun fire was minimially effective, the air strikes from the missiles were good hits and certainly caused a lot of damage...but as usual, it was the torpedoes that put the ship down and broke her back.

And those were not small ships either. The Newport News class LST that the US built 20 of and then used them and then sold a number of them, displaced 8,500 tons full load.
You must log in or register to reply here.
Share:
Facebook Twitter Reddit Pinterest Tumblr WhatsApp Email Link
Top