timepass said:
Ships and submarines sail together as part of the Rim of the Pacific (RIMPAC) exercise 2018. Twenty-five nations, 46 ships, five submarines, about 200 aircraft and 25,000 personnel are participating in RIMPAC from June 27 to Aug. 2 in and around the Hawaiian Islands and Southern California.

timepass
in the past I would've reported you for trolling (since you posted the vid announcing something which had ended three weeks ago, which you knew)

but the last time I did so, it was MY REPORTING post which got deleted by Mods (informing them your picture in F-35 Thread
#6107 timepass, Aug 5, 2018 is in
Please, Log in or Register to view URLs content!
etc.),

so I'm on my own, curious if you try to put down this forum by making goofy posts, or if you think they're cool? LOL

Jura said:
(just a headline, doubt anyone here would read an article which doesn't describe something "amazing" or "terrific")
Click to expand...

Not 100% true...I read it.....Good article. The truth is revealed...oh by the way the words, terrific, amazing, insane etc etc etc are OVERUSED by no nothings looking for hits on articles and videos that they post.

I don't have any clue when the maintenance issues with the entire US DoD will be rectified.

bd popeye said:
Not 100% true...I read it.....Good article. The truth is revealed...oh by the way the words, terrific, amazing, insane etc etc etc are OVERUSED by no nothings looking for hits on articles and videos that they post.

I don't have any clue when the maintenance issues with the entire US DoD will be rectified.
Click to expand...

NOW I hear Obama, Obama ... in fact there has a debate between Admirals deciding about the USN surface warfare;

so called visionaries took over, with 'distributed lethality' and other fancy stuff instead of readiness as the highest priority; 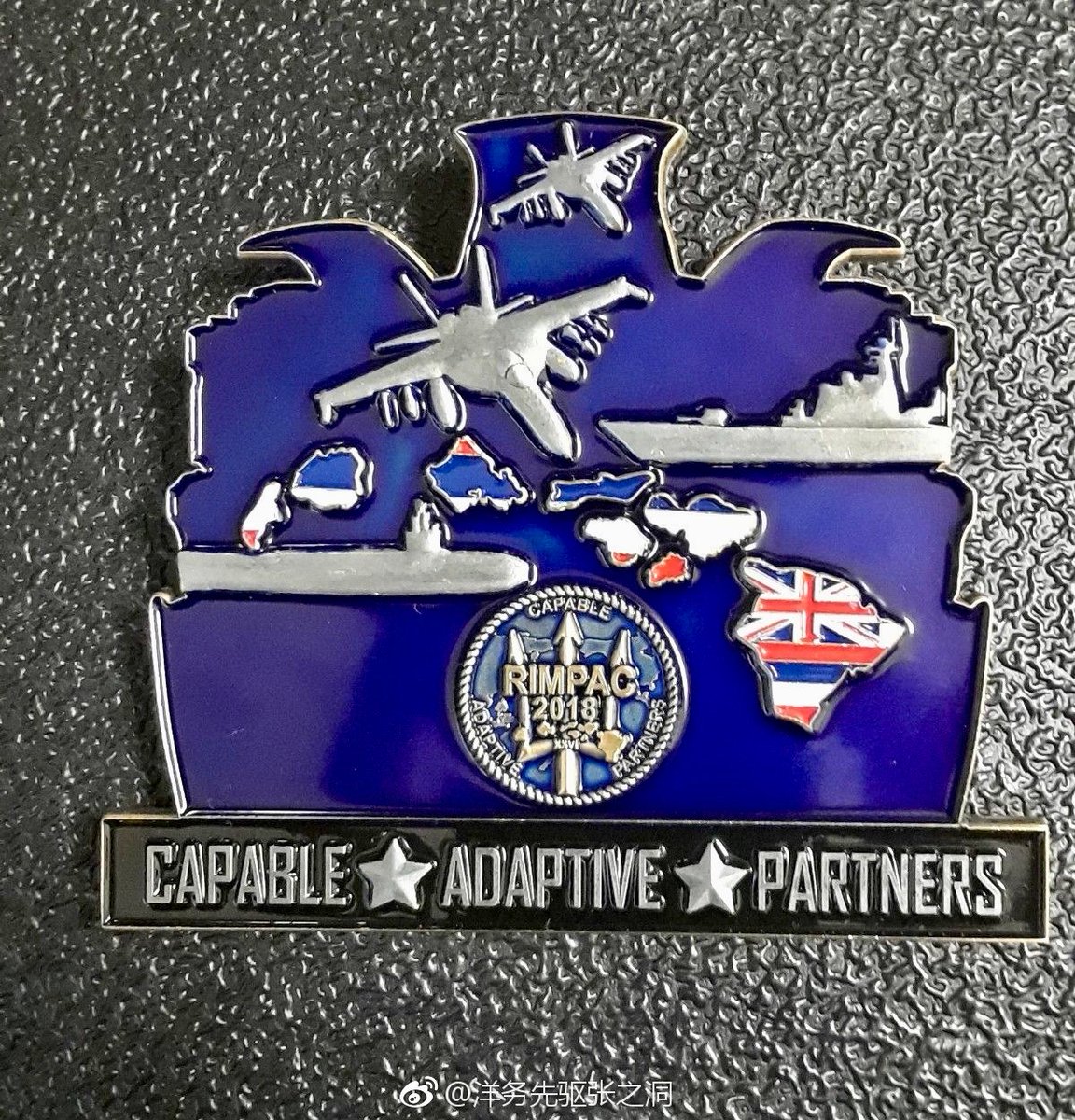 is it a joke or legit? it's Type 052D silhouette as far as I can tell LOL
G

I don't have any clue when the maintenance issues with the entire US DoD will be rectified.
Click to expand...

I wouldn't blame Obama for that. The USAF, for example, was so focused on putting all the funds on new programs like the F-35 and the KC-X that they decided to defer maintenance and upgrades allegedly to put into service faster. Remember they even wanted to cancel the A-10 (the whole fleet) just so they could put a couple more F-35s in service.
It was full steam ahead on the new weapons systems and nevermind the existing weapons systems.

The Marine Corps didn't want to spend money on the Super Hornet, to focus more money on the F-35B, they self-inflicted their pain on themselves.

In the US Army, under W Bush, they even wanted to cancel the M1 at one point to save money for the FCS. Then it took longer than they expected (heck it was supposed to take a decade regardless of what they thought) so they bought lots of Stryker LAVs to bridge the gap. Then later they had to put the MRAPs into service as well. The war ends and nearly all the MRAPs are left in Iraq because they've now became useless. The Stryker Gun System was a disaster. The FCS was cancelled because the government changed and they had already spent a lot of money on Strykers and MRAPs so they could fight in Iraq (for what exactly I still would like to know).

As for the US Navy, they spent a lot of money on the Zumwalt R&D and then simply decided they did not like the specs they themselves made and stopped production at 3 units. The LCS is a disaster that costs as much as a frigate but has none of its power. It was supposed to be a low cost platform but ended up becoming too expensive. Yet they keep buying them. The Gerald Ford class clearly was rushed into production too early without solving the issues with the new systems first. This meant they ended up piling a lot of systems which simply do not work properly on the system and the ship will probably need to be retrofitted before it goes into service. It was also supposed to be simpler to build than the previous class yet it both costs more and because of concurrency it took more time to build as well. It has been declare in service, but in truth, it actually isn't.

I assume some of the blame is spread around to all involved. In my opinion the Obama administration did very little rectify the situation.

is it a joke or legit? it's Type 052D silhouette as far as I can tell LOL
Click to expand...

Well Jura official Challenge/commemorative coins are usually round. And the ship silhouette in question looks similar to the old Spruance class to me. I saw an old RIMPAC coin from 2010 with a similar silhouette;

bd popeye said:
... And the ship silhouette in question looks similar to the old Spruance class to me. ...
Click to expand... 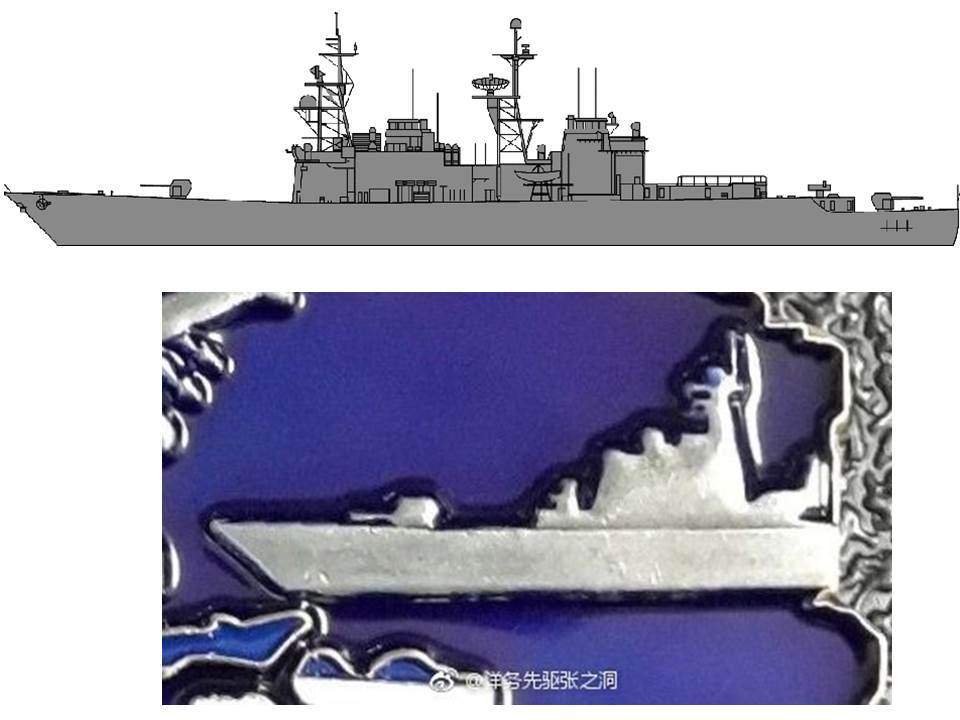 VIP Professional
That's nice Jura. You are such a sweetheart, No big deal really...still looks similar to a Spru-can to me. Maybe the intent was to picture a generic ship. It does look more like a type 52 than a Spru-can. I don't know.

I don't do any social media what so ever...well I do look at grand-kids photos on FB...that's about it. Anything else is non-sequitur...especially pranks or false news.

Unless things change drastically I don't think any type of Chinese warships will be invited to RIMPAC in 2020. We all will just have to wait and see. I just hope for a change for the better in the Pacific and PEACE through on planet Earth....
Last edited: Sep 19, 2018

bd popeye said:
That's nice Jura. You are such a sweetheart, No big deal really...
Click to expand... 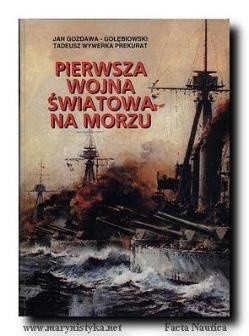 (I forgot the authors since then, so I located them now)

in the end of both books there're silhouettes of dozens of warships classes, and I could tell many of them

that's the only "sea story" I have LOL