taxiya said:
That is the funny part. Broadcom was American company, but bought by Avago Technologies which is Sigaporean. Avago then changed its name to Broadcom.
Click to expand...

The actual justification was that Broadcom 'might' reduce or relocate Qualcomm R&D activities happening in the US.

Translated from French by
Please, Log in or Register to view URLs content!
Inaugurated in September 2013, the FAST Chinese telescope discovered 53 new pulsar candidates including 11 confirmed. An upgrade program is scheduled for the end of April this year. 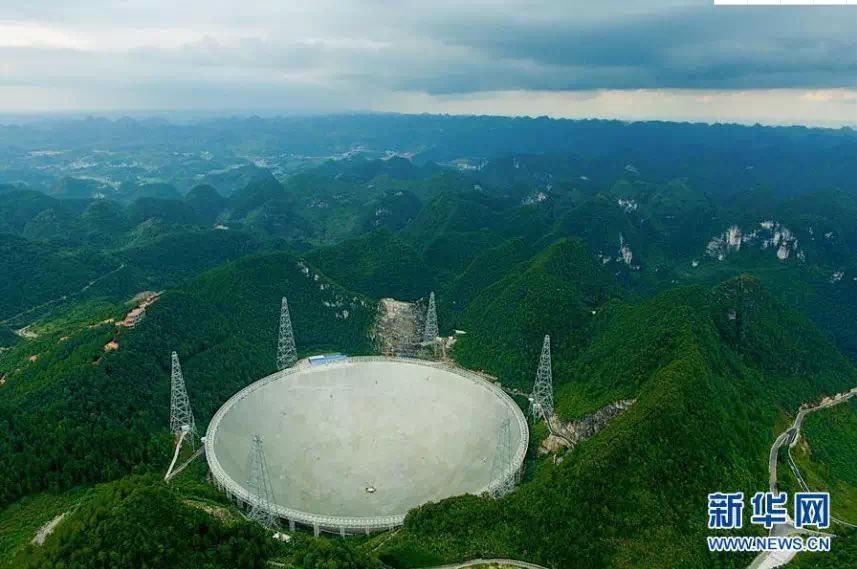 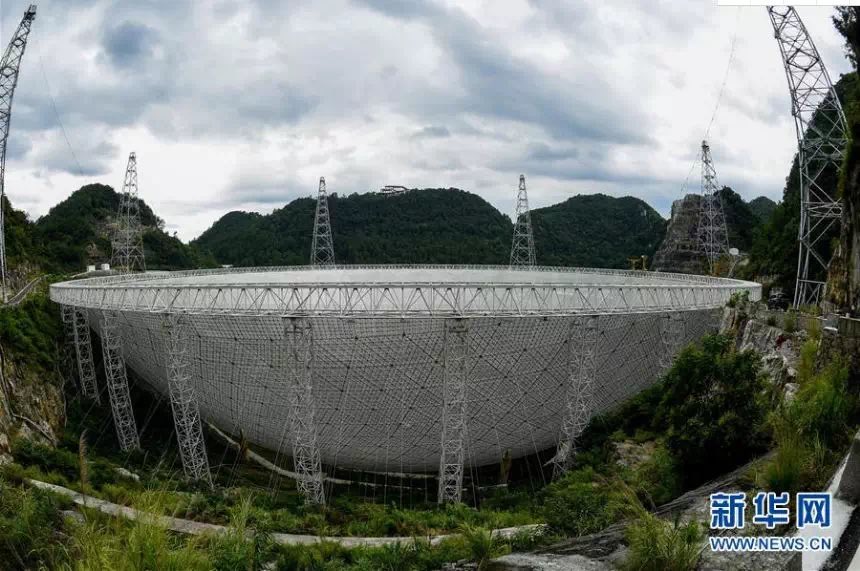 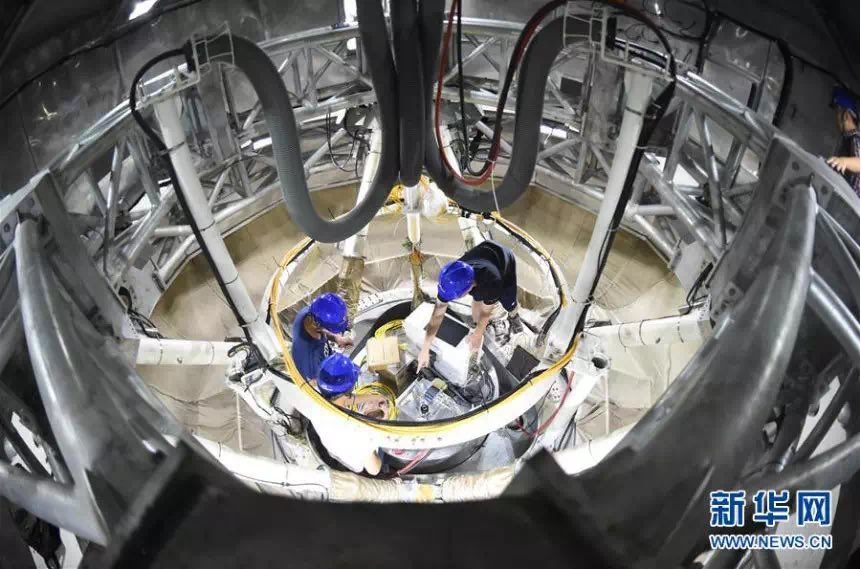 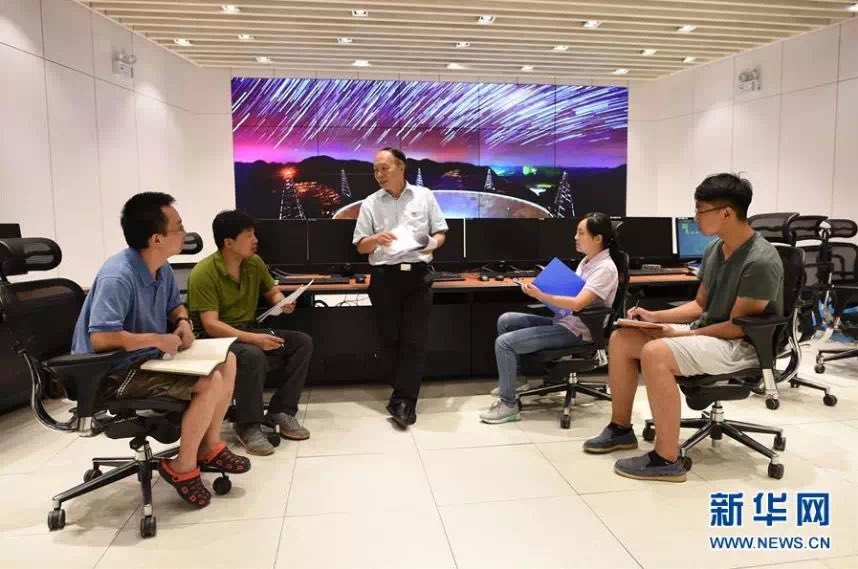 Skywatcher said:
The actual justification was that Broadcom 'might' reduce or relocate Qualcomm R&D activities happening in the US.
Click to expand...

Nebula, a Chinese tech start-up, has come up with an ingenious solution for law enforcers – It has developed a body camera that takes in 720 degree view, effectively letting them see from the back of their head.

The camera, the size of a cigarette case, can be mounted on the officer's shoulder. Its footage can be viewed, stored and retrieved remotely.

Shi Pengfei, Founder and CEO of the company, told CGTN that, “Older cameras are worn on the chest and they give a 100-degree view at best. This camera solves that problem. And with it, they won't miss inconspicuous evidence at a crime scene too. Everything, from all directions can be taken in and is traceable.”

A prototype was used during last year's Two Sessions in the Chinese capital.

Beijing, nearby Tianjin, and cities in the provinces of Shandong and Shaanxi have been experimenting with the upgraded versions.

And Nebula expects exponential growth in demand in the near future.

Shi said that they’ve found recorders and body cameras essential to law enforcement. “Every year there are some 700,000 purchases in China. And the body-cams could be useful to other governmental operations too, like environmental check-ups, and customs inspections. It could be used in border patrols, too.”

In a press briefing on the sidelines of the 19th CPC National Congress, Zhu Guangyuan, a security official from Jiangsu Province said new technologies are a welcome development, and they've proven very effective. And such practices should be shared nationwide. Zhu said that “One of the things we've done right and hope to share is continuing to employ new technology that helps build an all-around, data-based social security system.”

Nebula, the tech company, also says the camera also has the ability to decipher and detect worrying changes before they happen, that’s key to security in these days. It also says buyers from 17 countries, from Israel to the US, have made orders for its body cam products.
Click to expand...

China takes down Japan in number of international patents filed and races to number 2 position close behind the USA.

China expected to take the crown in 3 years give or take a little. Huawei and ZTE (China) hold the top spots for tech patents, with Intel coming in at third.

This week at the
Please, Log in or Register to view URLs content!
conference in San Francisco I had the pleasure of meeting a bunch of smart, friendly artificial intelligence researchers.

Being the Gadfly that I am, I figured it would be a great chance to ask what, to my mind, was an incisive question. Is China or the U.S. better at AI?

Turns out, that's a dumb question. My interlocutors were kind in their put downs, but my decades of programming in non-verbal linguistics allowed me to interpret their responses.

AI is a vague enough term that any question about it really needs to be more narrowly defined. Right now, what most people really mean is machine learning, which is powered by data. The theory goes that the more data the better, and whoever has the most, wins. But that's not why my question was dumb.

It's kind of funny (not funny) watching everyone
Please, Log in or Register to view URLs content!
about Cambridge Analytica, Facebook Inc. and the U.S. election when you consider that one billion people have signed up for Tencent Holdings Ltd.'s WeChat messenger service and use it to share intimate messages, buy products, book taxis, make medical appointments and swap news (censored, of course).

Most of those WeChat accounts are linked to an actual, verified ID and in themselves have become a form of identification. They may even soon become the universal basis for credit scores. But that's still not why my initial question was dumb.

Other components of machine learning include computing power and programming. (For the advanced among you, I'm leaving aside neural networks because it seems that how they work is a mystery even to AI researchers.)

When it comes to computing and programming, my AI experts didn't seem to have any consensus. Chinese computing capabilities are fast catching up to the U.S. The nation's semiconductor industry still lags, but so much money is being thrown at the problem that raw grunt power is helping to make up for any shortfall in technological finesse. U.S. programmers, on the other hand, do appear to have an edge, though I couldn't give you data to back up this claim. Again, that's not why my question was dumb.

One way to measure superiority is to track patent filings. Analysis of keywords indicates that China trumps the U.S. in the more general "artificial intelligence" patents, according to European Patent Office data compiled by CB Insights. But in the specific category of "machine learning," the U.S. is ahead. The WSJ article noted that the U.S. has twice as many AI companies as China and spends a lot more on R&D.

Who's leading AI is a dumb question because it implies some kind of winner-takes-all scenario as though a Cold War is playing out with a defined end-game. But as one AI researcher told me, it doesn't matter whether a Chinese or an American makes a specific advance because any new knowledge can be built upon by other scientists.

What matters more is the goal and the implementation of technologies that are being developed. It comes down to who is using AI for the greater good, and who is using it for ill. That's the better question.
Click to expand...

now I read
The Economist: Technological gap getting smaller between China, America
2018-03-23 14:43 GMT+8
Please, Log in or Register to view URLs content!

The technological gap between China and America is getting smaller, and the most populated country has surpassed the US in certain areas, according to an article released last Thursday on The Economist.

The article, titled
Please, Log in or Register to view URLs content!
, listed several technological achievements of China in recent years – the fastest supercomputer “Sunway TaihuLight”, the most abundant quantum-computing research center, and the forthcoming satellite-navigation system “BeiDou”, which will compete with America’s GPS by 2020.

Progress of Chinese tech companies in overseas markets has also been eye-catching. The country has the world's biggest mobile payments market, and Alibaba’s Alipay and Tencent’s WeChat Pay can also be used in various countries outside of China.

The US has felt the threat. The Economist article mentioned the bill from the Congress earlier this year, which stops the government from doing business with two Chinese smartphone giants ZTE and Huawei.

“America is rattled,” said the article.

In other areas, China possesses the highest density of artificial intelligence (AI) scientists. With a group of more than 800 million Internet users – the biggest in the world – China has the richest database for AI developing.

According to China Daily, there are 4.6 million new graduates of engineering, which gives China another advantage in AI.

Former chairman of Google’s parent company Eric Schmidt has predicted that China will overtake the US in AI by 2025.

Encouragements of mass entrepreneurship and innovation from the government have provided an ideal environment for entrepreneurs, which is one of the major forces for boosting technological development in China. From 2014 to 2017, the number of incubators increased from 1400 to 8000, said China Daily.
Click to expand...

China will offer more support to demonstration zones on sustainable development to achieve sustainable growth as well as further implement the 2030 Agenda for Sustainable Development, an official said Friday.

As a resource-based city, Taiyuan is focusing on the transformation to an innovation-based economy and green development, said Geng Yanbo, Taiyuan mayor at the conference.

"We will follow the new trend of technological revolution and learn from the experiences of global resource-based cities," Geng said.

Xu said the Ministry of Science and Technology will work closely with local governments to improve the role of technology and innovation in promoting sustainable development.

"We have also signed cooperation agreements with the United Nations and relevant international agencies to jointly promote the construction of these demonstration zones," Xu said.
Click to expand...

Shanghai on Sunday announced the launch of a human phenotype research project with aims to accelerate the development of precision medicine in China.

Scientists from China, Britain, Germany, the United States and Australia plan to conduct in-depth research into the interaction between phenotype and genotype, which could lead to more precise treatment of complicated human diseases such as cancer, according to Jin Li, chief scientist of the project.

Scientists believe that phenotype, the observable properties of human body, is produced by the interaction of the genotype and the environment.

The international human genome project has cracked the "gene book" of human body. However, human diseases are not caused solely by the factor of genes, said Jin, vice president of Fudan University.

The first phase of the project is aimed at understanding how cancer and other complicated diseases develop by addressing the the specific relationships and internal mechanisms between genes and phenotypes, said Jin.

The project will produce the first reference atlas of the full phenotypic group of healthy Chinese, which will include 20,000 measurements.
Click to expand...