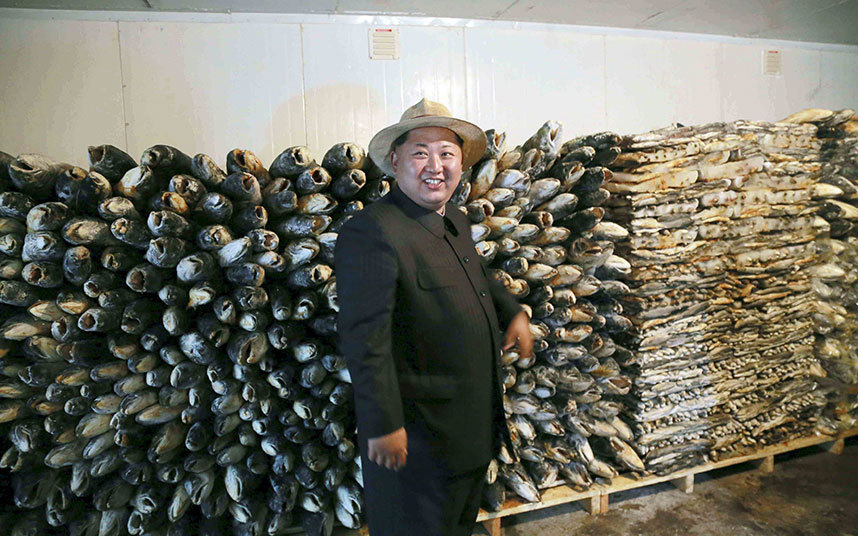 Mmmmm…. Somebody is not missing any meals 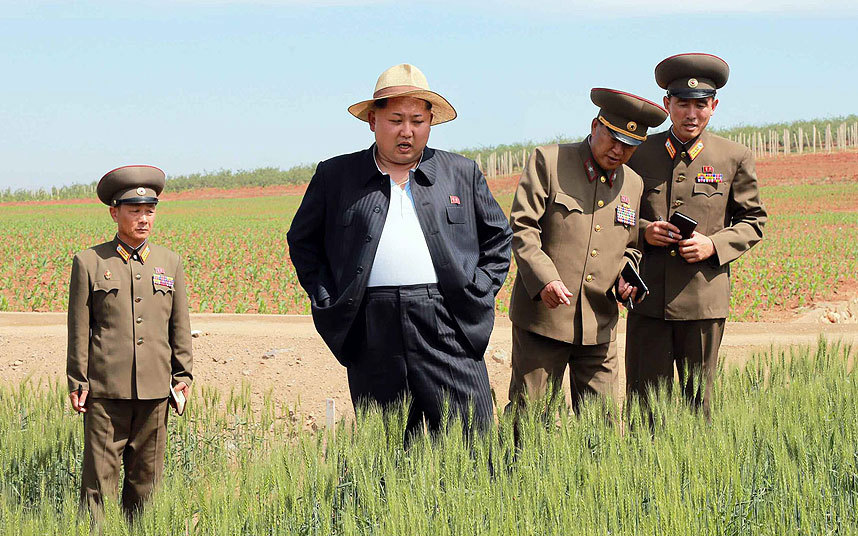 North Korean leader Kim Jong-un looks at some wheat during a visit to a seed research farm operated by the North Korean People's Army. Perhaps he is looking for a low-carb strain ?
Picture: EPA/Rodong Sinmun 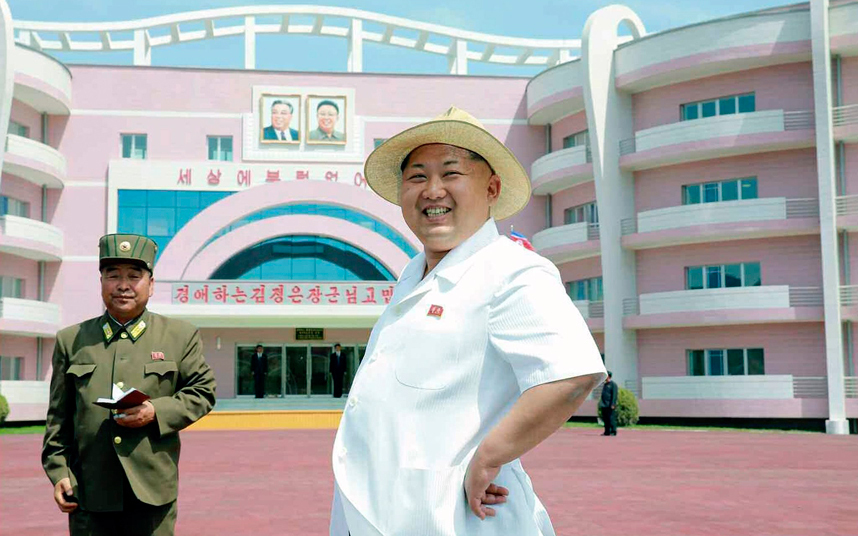 Miragedriver said:
Mmmmm…. Somebody is not missing any meals

North Korean leader Kim Jong-un looks at some wheat during a visit to a seed research farm operated by the North Korean People's Army. Perhaps he is looking for a low-carb strain ?
Picture: EPA/Rodong Sinmun

He is probably the fattest dude in NK. Seriously I have never seen any photos of him where he isn't the fattest person in the picture.
Of course if he comes to the US unfortunately he would be considered average LOL

kwaigonegin said:
He is probably the fattest dude in NK. Seriously I have never seen any photos of him where he isn't the fattest person in the picture.
Of course if he comes to the US unfortunately he would be considered average LOL
Click to expand...

LOL.........
Have you noticed that he sports the hair cut of a mental patient? Also, what s with that hat he wears all the time?

New images of Kim Jong-un raise fears for his health

Kim Jong-un appears to be losing his
Please, Log in or Register to view URLs content!
, with new photos released by state media showing the North Korean dictator straining the seams of a pinstripe suit as he offers "field guidance" on a state farm.

Images released on Monday by the Korea Central News Agency show the portly
Please, Log in or Register to view URLs content!
wearing a panama hat and standing with his jacket undone amid crops at Farm No. 1116 outside Pyongyang. He was also photographed striding down a track at the farm, accompanied by military officials, and commenting on crops displayed in the research centre.

Mr Kim, who is believed to be 32 years old, has put on a significant amount of weight since he inherited North Korea after the death of his father, Kim Jong-il, in December 2011.

There have also been
Please, Log in or Register to view URLs content!
. Mr Kim disappeared from public view for several weeks from early September last year, while he was walking with a cane and a pronounced limp when he attended a special session of the North Korean parliament in July.

As well as the country,
Please, Log in or Register to view URLs content!
appears to also have inherited his father's health problems linked to his diet. Kim Jong-il's sudden death was put down to high blood pressure and diabetes linked to his appreciation of expensive French brandy and fine cuisine.

On Monday, the United Nations warned that a drought in North Korea could lead to severe food shortages later this year. The lowest rainfall in three decades will have an impact on crops, with soldiers working on collective farms already forced to plant rice seedlings in paddy fields with no water.

Seventy percent of the 24.6 million people in North Korean are already classified as "food insecure", according to the UN.

The health of Mr Kim needs to be carefully monitored, according to analysts, as if he is perceived to be physically ailing then a faction with designs on the regime might consider the time ripe for an uprising.

"We know that his health is not so good and, in the future, if he is taken seriously ill then there is the possibility of instability or even a coup by elements of the military", Toshimitsu Shigemura, a professor at Tokyo's Waseda University and an authority on North Korean affairs, told The Telegraph.

"And because the Kim family bloodline is so important in North Korean society, they may very well look to Kim's older brother, Kim Jong-nam, to be a figurehead for the new regime". 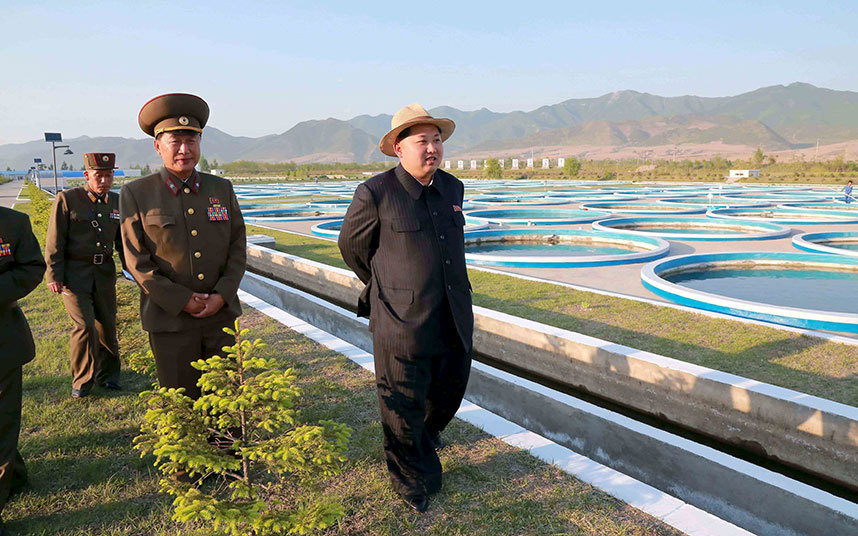 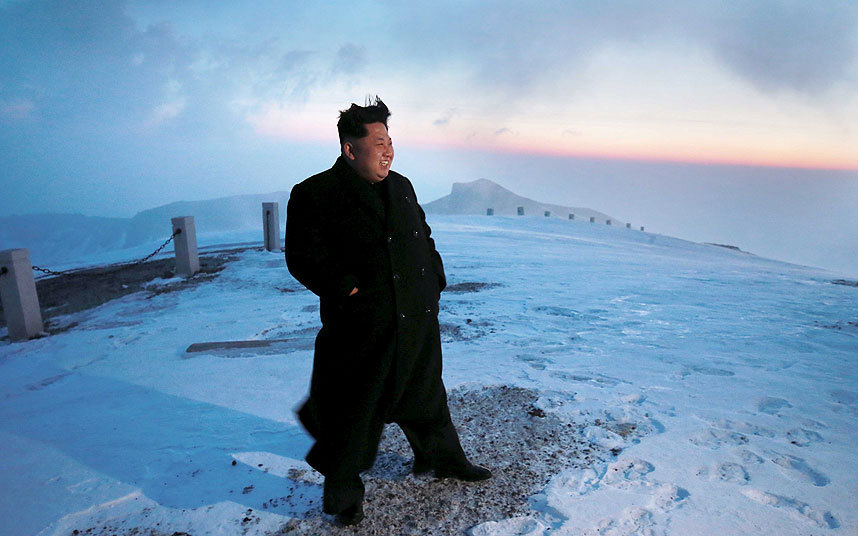 North Korean media have released a picture of Kim Jong-un at the top of Mount Paektu, a 2,750-metre peak considered a sacred place by the Koreans. It is claimed he climbed the mountain at dawn on Saturday
Picture: Reuters /KCNA 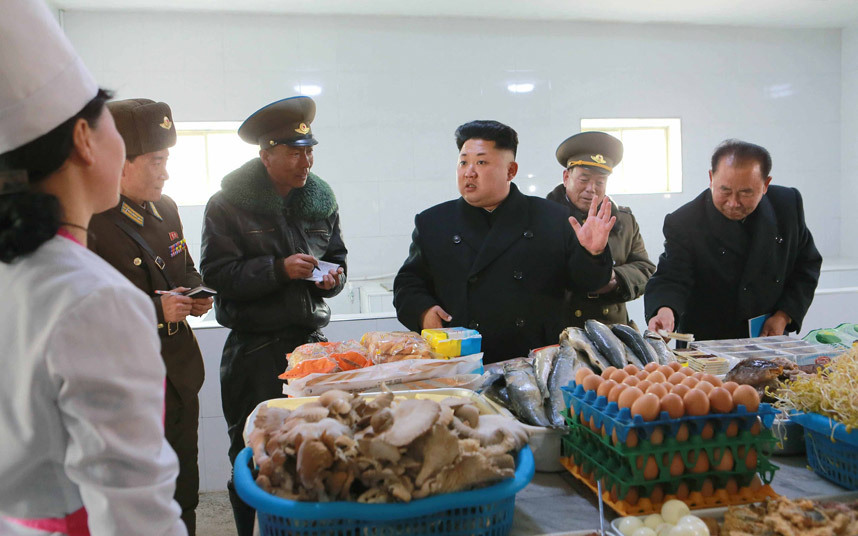 During the visit he inspected the catering facility where the chefs prepared him a snack for his lunch
Picture: KCNA/AFP/Getty Images 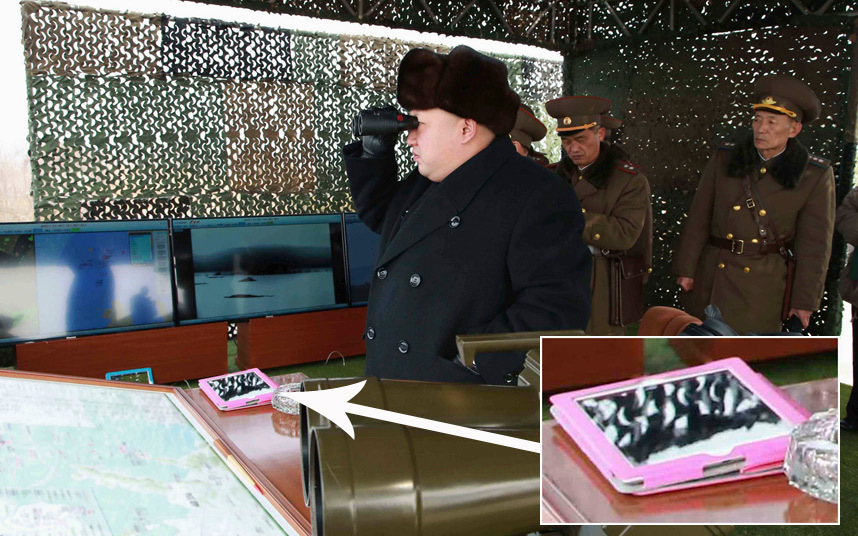 Kim plays pong: Apparently directing live firing exercises, North Korea's secretive leader appeared to have a pink cased iPad close to hand, presumably so he could indulge in a few rounds of Candy Crush in between explosions.
Picture: Reuters

Dang, lucky fat guy with such a cute wife!

North Korea's propaganda machine has spent days promoting a new airport in Pyongyang, showcasing the building's sleek glass walls and espresso stations. But the images, which feature Supreme Leader Kim Jong Un, fail to mention that the building's principal designer was likely executed last year because Kim was unhappy with the design.

The state-run Korean Central News Agency published a 30-photo slide show Thursday of Kim Jong Un and his wife touring a two story international terminal in Pyongyang's airport. It's the latest appeal to potential tourists since Kim ascended to power in North Korea three years ago, featuring a jewelry store, coffee bar, a pharmacy, a chocolate fountain and other luxury amenities. The new transportation hub is scheduled to open July 1, the
Please, Log in or Register to view URLs content!
, and will primarily accept flights from China and Russia.

His death coincided with a
Please, Log in or Register to view URLs content!
explaining that airport renovations were being suspended because of Kim's dissatisfaction.

“Defects were manifested in the last phase of the construction of the Terminal 2 because the designers failed to bear in mind the party's idea of architectural beauty that is the life and soul and core in architecture to preserve the Juche character and national identity,” Kim said, according to NKNews' transcript of a state media report. “It is necessary to finish the construction of the terminal to be an icon of [North] Korea, the face of the country and the gateway to Pyongyang.”

It's not clear where North Korea - a country ravaged by regular famines and fuel shortages - acquired the necessary funds to build the new airport.
Click to expand...

And this is no longer being updated for very obvious reasons:

solarz said:
Honestly, there's nothing particularly secretive and mysterious about North Korea. It's basically like China in the early 80's.
Click to expand...

Perhaps more likely like China was under Mao in 1960s and 1970s.
But honestly the country looks good and reasonably modern. Definitely better than most African countries and better than some (many) of Asian or South/Central American countries
You must log in or register to reply here.