Armored or not really doesn't matter In this case just function. either the LAV or Kokidosha or even the ol' Type 73 would fit the bill.

These should definitely qualify for being light / ultra-light right? 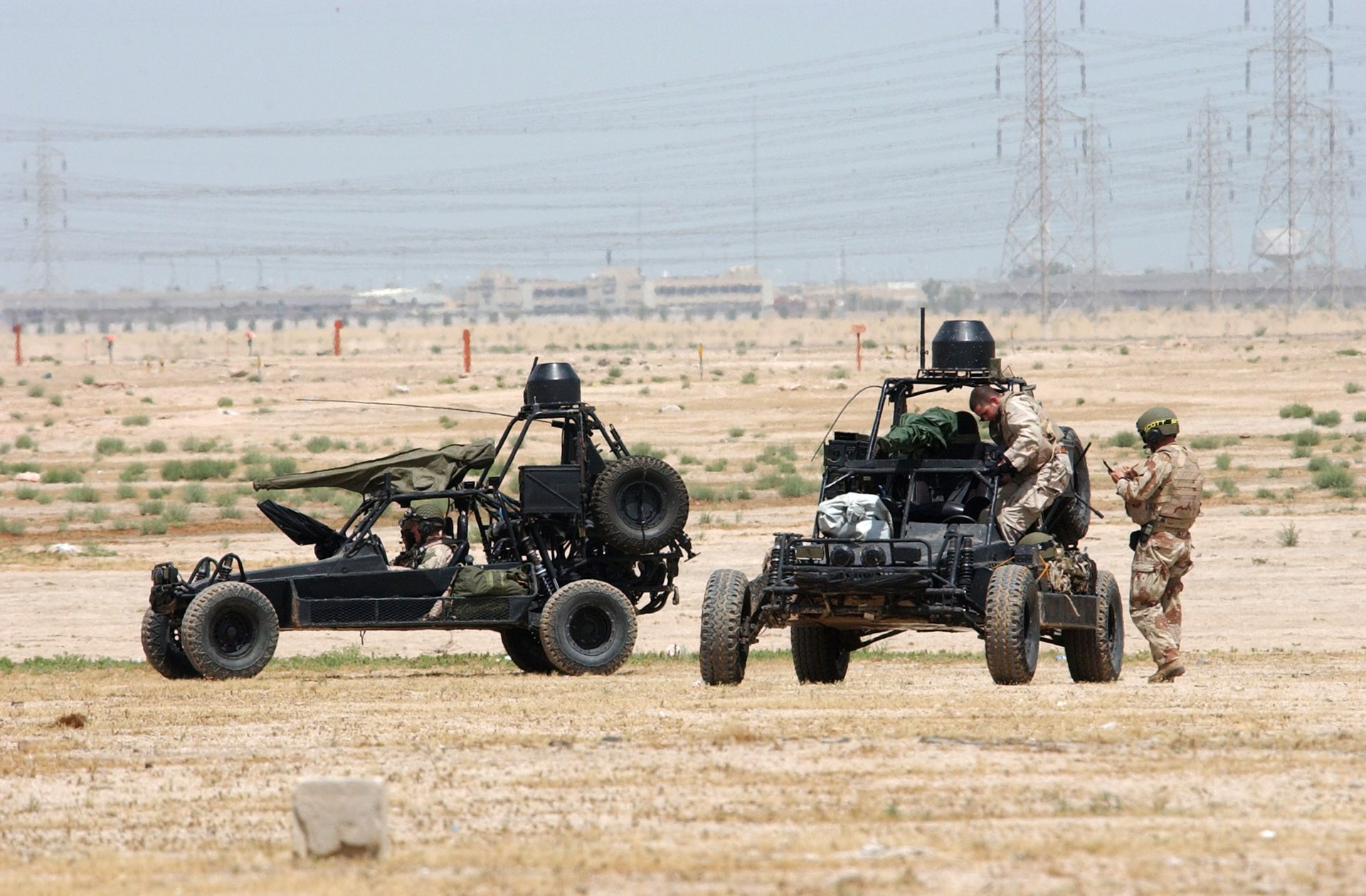 Ultra said:
These should definitely qualify for being light / ultra-light right?

The Advanced Light Strike Vehicle actually is a Totally new Vehicle called the Flyer It's made by General Dynamics Land systems. The desert Patrol Vehicle has a interesting heritage you see it shares it's engine and chassis with WW2 era vehicle... ready

The Volkswagen or Peoples Wagon was created as the name implies to be a cheap readily available car for the Nazi German Population and with a few modifications it's chassis became the Type 62 Kübelwagen literally "Bucket car" this is because It was designed to be driven with out doors so all the seats are bucket seat.

These Served long and Even had post war service. It even had a Amphibious version The Schwimmwagen

So how the Heck does The Volkswagen Beetle Get it's second military career?
Well it starts in the 1960's California Where Some Car builders started Stripping down Bugs and creating Dune buggies. Because of there rear mounted Air cooled Engines and low cost Bugs proved a simple modification into off road vehicles perfect for Racing across the desert terrain of California, Arizona, New Mexico, Texas and Mexico. Even today Bugs are still turned into Dune Buggies And A number are done For the US and foreign governments. Atleast as far back as early 1980's Chenowth Racing Products was offering Miitary dune buggies to US NAVY SEAL teams, and the
Please, Log in or Register to view URLs content!
light and Fast They can be transported in transport choppers or dropped from C130's in numbers move fast with a low visual profile.

Miragedriver said:
Gaucho Guarani and the break in the Unasur 1: misunderstandings and lack of credibility set the standards of relationship between the Brazilian defense industry and Argentina 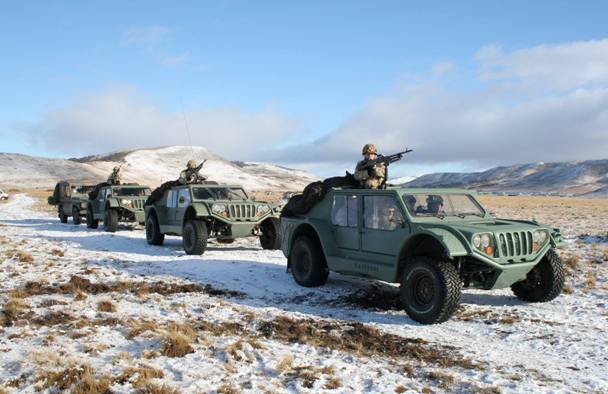 (Defensa.com) Brazil ruled the so-called General Employment Lightweight Vehicle, Airborne VLEGA Gaucho, like Uruguay. The Brazilian Army is apparently choosing his Chivunk, and Argentina therefore not confirm your choices by 14 Brazilian armored Guarani, approaching the VN-1 Chinese and other eastern naval and air options, which deeply upsets Brazil. The Argentine Army, after testing the Guarani, argued that favored 8x8 vehicles, the Asian offer, however, is not the most valued by the Land Forces of that country.

In the naval sphere and in the area of OPV, Argentina, Falklands dispute through, never considered the BAE "Amazon" that Brazil sought to manufacture locally to third countries. Neither Uruguay, although the first South American output of a ship of this class was just to Montevideo. Similarly, the "Amazon", which consumed much of the available resources to other items of the Brazilian Navy, BAE were discontinued in favor of more expensive options. Furthermore, certain difficulties with its supply of radars Scanter 4100 transcended regionally. Argentines and Uruguayans flirtations by Chinese IPO (although the Uruguayan Navy ostensibly prefer, if they could afford them, the Lurssen) also fell ill in Brasilia, but for now, does not have much to offer about their neighbors.

Finally, industrial indecision, complicated partners (especially Venezuela) and the uncertainties of the project itself, especially regarding Venezuela and Bolivia logistically Americans do not want no Israeli engines and avionics make Brazil discreetly go abandoning the project multinational training aircraft Unasur I, of which there is still neither a prototype available in Cordoba.

So, the relationship between defense and security industries in Brazil and Argentina remain scarce, limited to provide the KC-390 parts manufactured in FAdeA, although Argentine options for six aircraft are not confirmed yet. To make matters worse, Brazil, with the Super Tucano, Argentina, the Pampa II / III, and with China, L-15 and K-8 face in a Bolivian tender includes an amount of $ 140 million to acquire fighter planes.

Vehiculo Ligero de Empleos Generales Aerotransportable is a Argentinian Brazlian joint for a Air transportable LAV that can be stacked and shipped. they fill any number of roles. and I hope to see Mirage fill us in.

TerraN_EmpirE said:
Vehiculo Ligero de Empleos Generales Aerotransportable is a Argentinian Brazlian joint for a Air transportable LAV that can be stacked and shipped. they fill any number of roles. and I hope to see Mirage fill us in.
Click to expand... 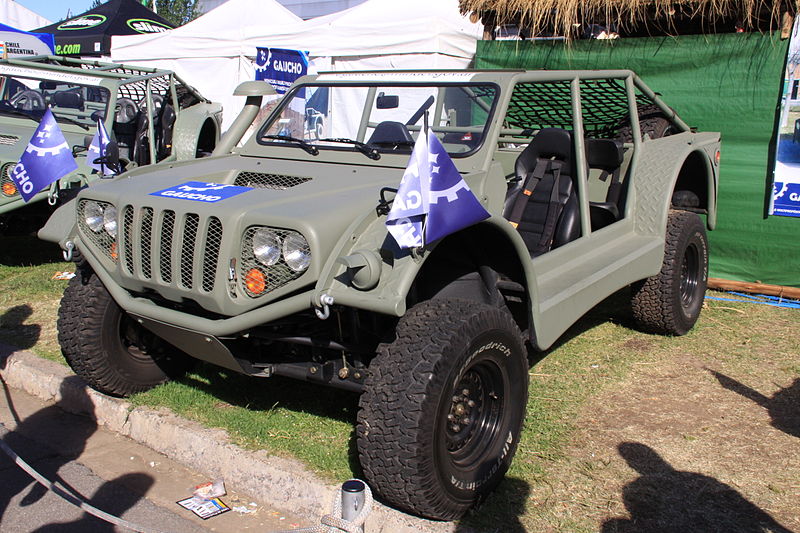 In Brazil the project is being conducted by the Technological Center of the Army (CTEx) and in Argentina by the Dirección de Investigación Desarrollo y Producción Army in that country. 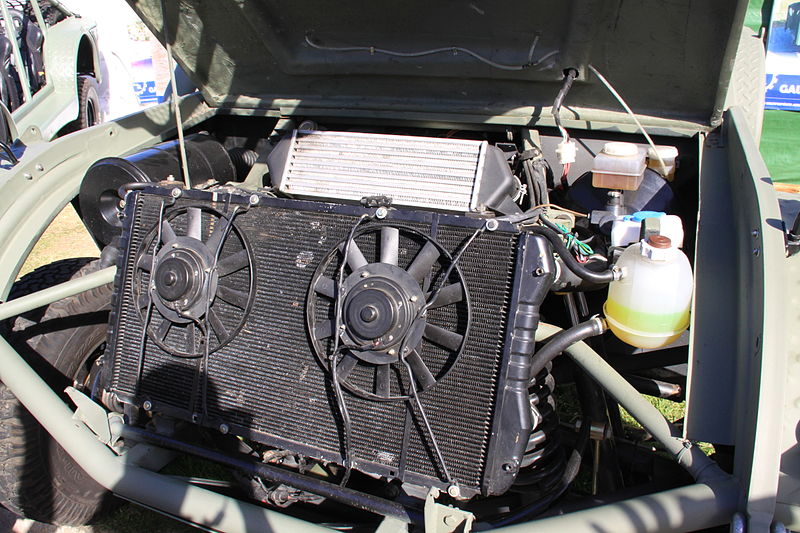 The project began in April 2004 when it was held in Rio de Janeiro, the first working meeting, which were agreed Technical Requirements Operating a car that should meet.

The definition of principal components, the layout of the car and the responsibilities of each work team was the first step to achieving the vehicle Argentina / Brazil. 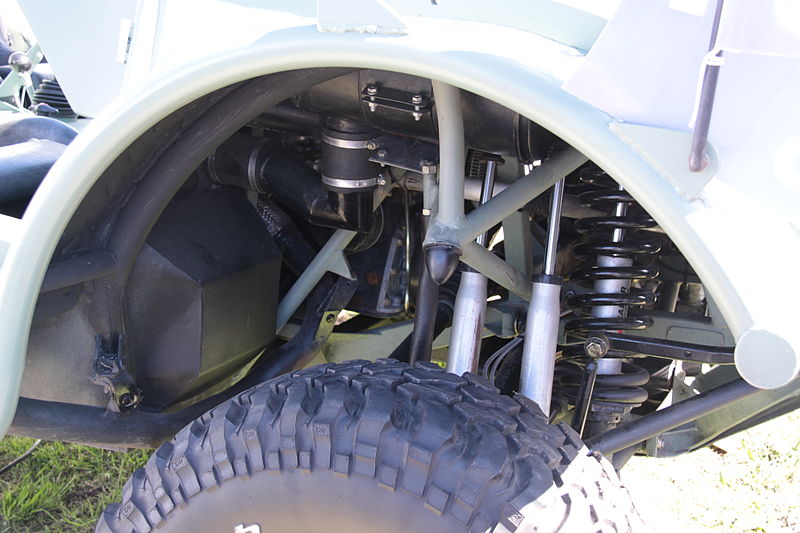 The engine, gearboxes and differentials and transfer, produced in Brazil, were sent to the Argentine team that designed the tubular frame and independent suspension.

The prototype semi-mounted arrived in Brazil on June 16, 2005, for completion of work carried out in the workshops of War Arsenal of Rio de Janeiro. 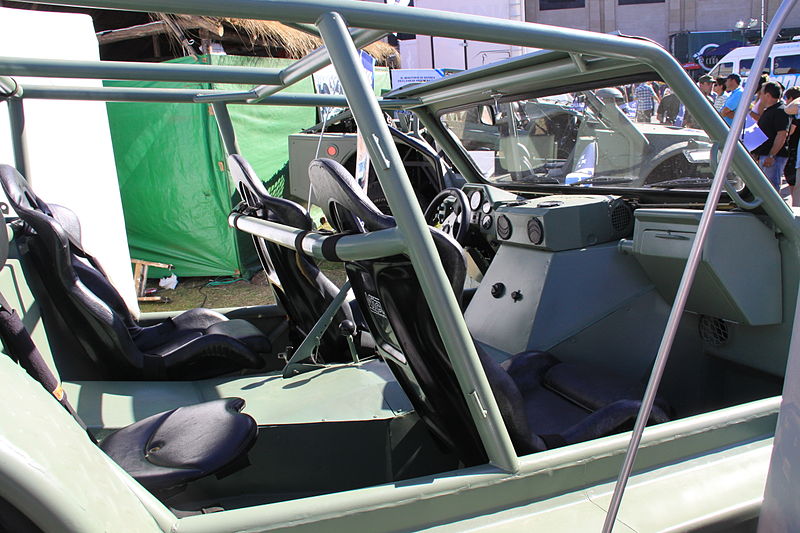 The car is performing engineering tests at the Center for reviews of the Army (CAEX) and soon will undergo technical and operational assessments, according to modern methods of assessment of the Brazilian Army.

The car has been designed to meet the requirements about sixty previously defined by the two hosts.

This is a car with great versatility, being able to have civilian jobs, which will be used primarily for airmobile units, since its design allows the vehicles to be stacked and transported by aircraft type C-130. 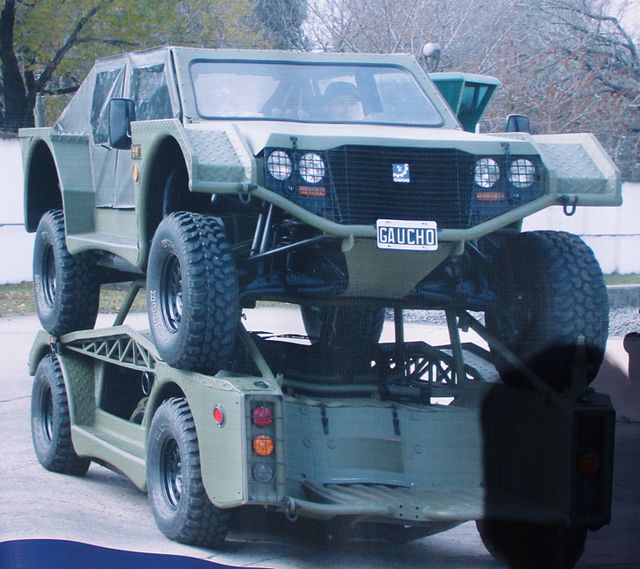 The independent suspension, great progress in the 4-wheel and 4x4 traction, combined with a powerful engine, enables high tactical mobility in any terrain.

The car will fulfill missions in development of supply, transport equipment, evacuation of wounded, launching of wireless, reconnaissance, command and control, airborne operations and special situations.

Brazil has opted out of the project and Argentina is producing the vehicle for it own military and para-military purposes.

More pictures of the Gaucho 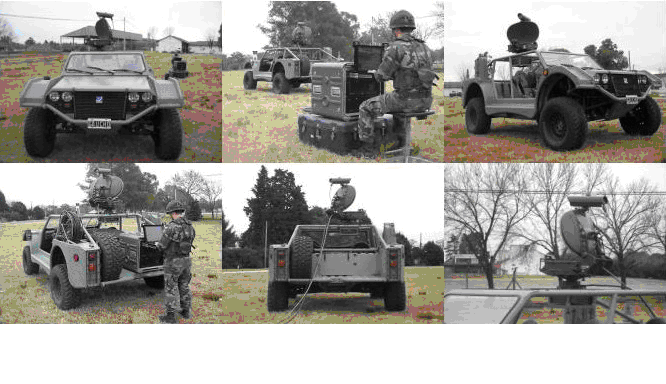 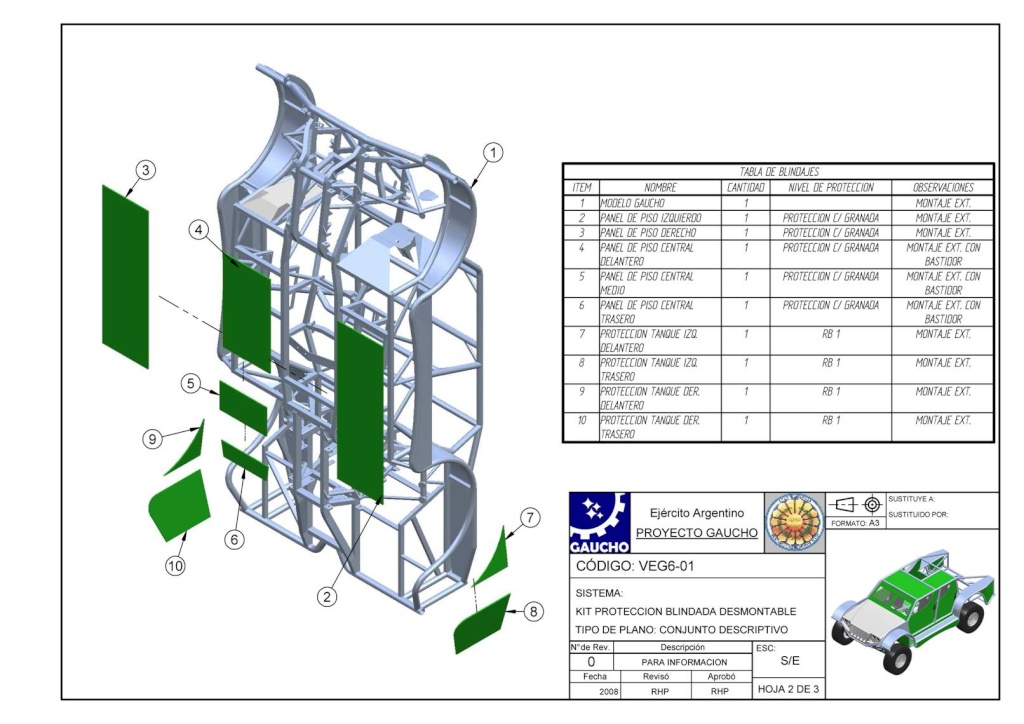 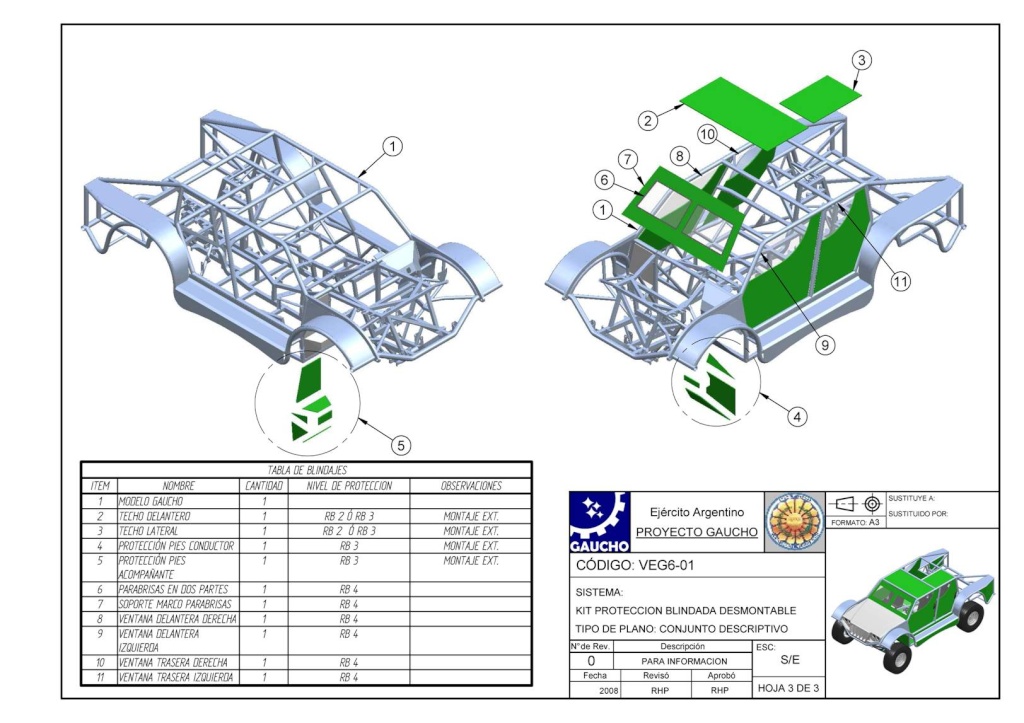 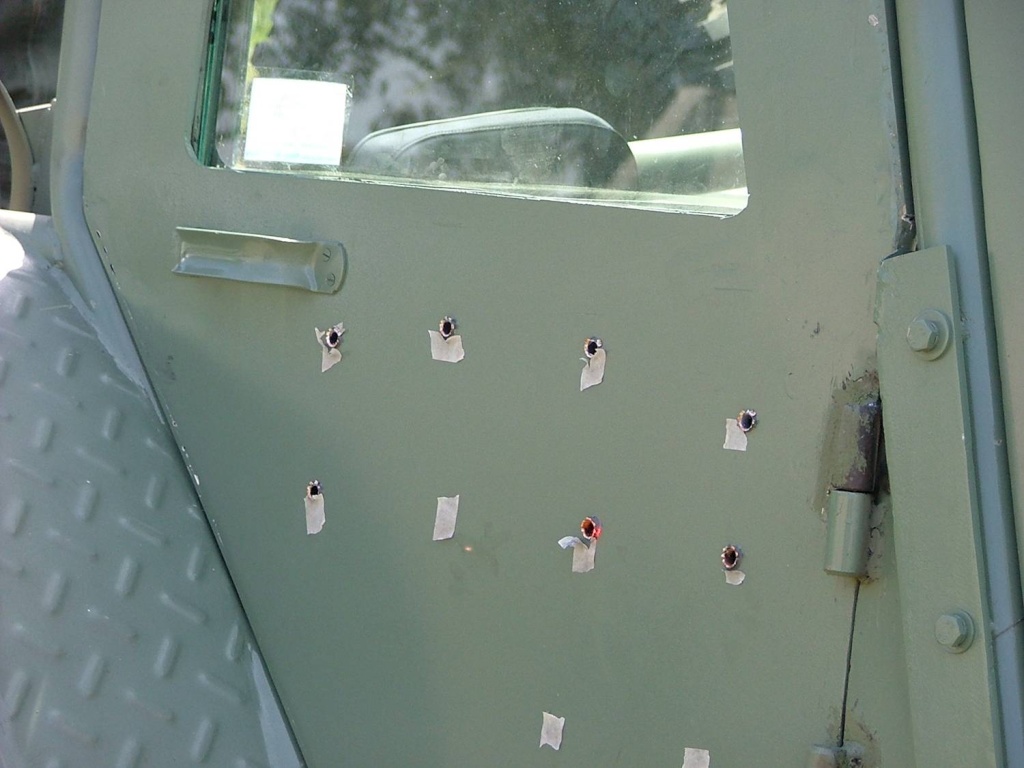 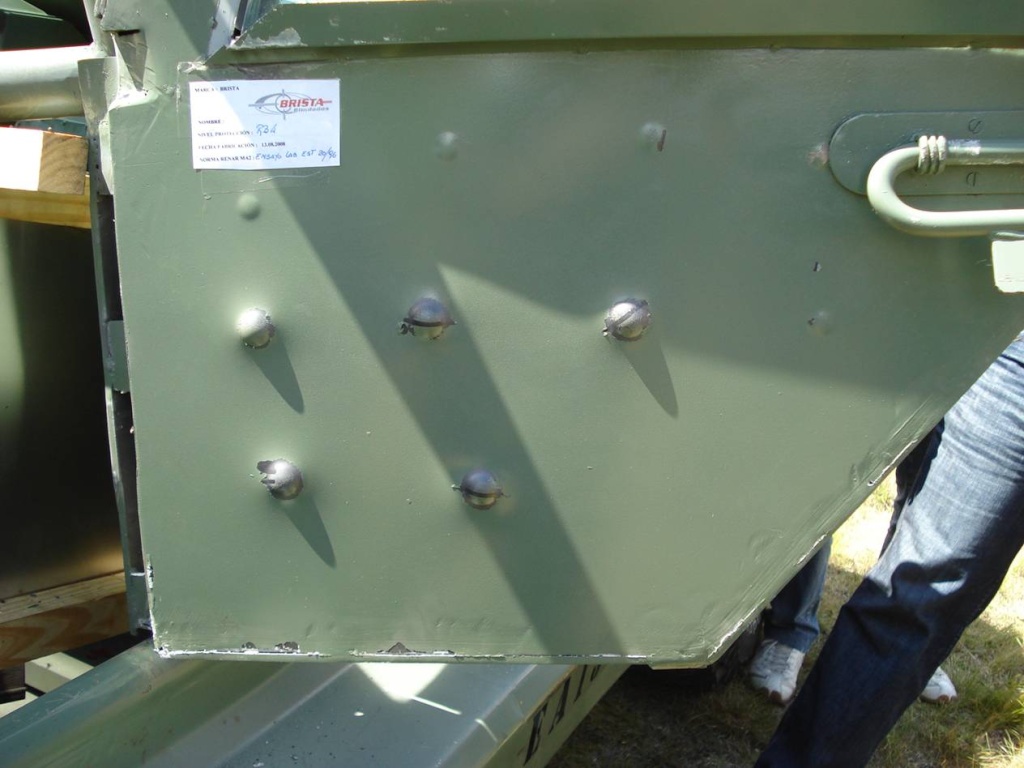 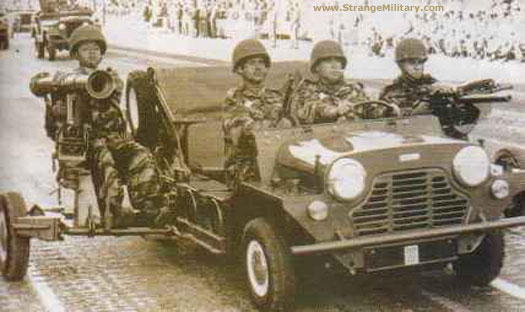 DAGOR sling-loaded under a CH-47 Chinook.

One of the leading contenders for the ULCV is Polaris, which last year
Please, Log in or Register to view URLs content!
. DAGOR can already carry a full nine-man squad. It already meets the weight and mobility requirements for ULCV, and it’s already been sling-loaded under helicopters and parachuted out of airplanes in official government tests, so Polaris plans to offer it for ULCV as-is.

The commercial marketplace also operates at a radically different pace than does Pentagon acquisition. “We change models every year,” said Haddad. “Imagine the headache you’d have with that in a program of record; you’d just be buried by the change orders.” But the commercial experience does help speed up the military side, he said: DAGOR went from “a piece of paper with a concept [to] for vehicles being tested at the NTC [
Please, Log in or Register to view URLs content!
] in nine months.”

Because of Polaris’s commercial experience, Haddad boasted, “we’ve been through this process more times than you can imagine, and we’ve had more successes and failures than all of our competitors combined.”
Click to expand...

Another light Vehicle... I really really think Polaris might be on to some thing with these... I want one for my day to day
You must log in or register to reply here.