New Delhi: Two Indian Air Force officers will face court-martial for the Mi-17 chopper crash in February this year, in which six of its personnel were killed due to friendly fire by own missile system.

Four other officers - two Air Commodores and two Flight Lieutenants - will also face administrative action in the case for their respective roles in the entire case.

Two officers including a Group Captain and a Wing Commander would be tried by a court-martial for their lapses in the case due to which six IAF personnel were killed in friendly fire," defence sources told news agency ANI.

This comes just weeks after Air Chief Marshal Rakesh Kumar Singh Bhadauria admitted that the helicopter that crashed in Budgam on February 27, the day Indian and Pakistani air forces were engaged in a fierce dogfight, was hit by an Indian missile.

On the morning of February 27, when Pakistan counter-attacked in response to the Balakot airstrike, the IAF Mi-17 chopper had crashed over Budgam near Srinagar killing all six of its occupants. A civilian on the ground was also killed.

It later emerged that the chopper was hit by a surface-to-air missile of the IAF.

The court of inquiry ordered to probe the crash found there were "vital gaps" in communication and coordination between the ground staff and the crew of the chopper. It also found violations of standard operating procedures.

Bhadauria had said, "Court of Inquiry has completed and it was our mistake as our missile had hit our own chopper."
The chopper of the Srinagar-based 154 Helicopter Unit had crashed within 10 minutes of taking off even as a dogfight raged over 100 kilometres away between intruding Pakistani jets and the IAF, in which Wing Commander Abhinandan Varthaman was involved. 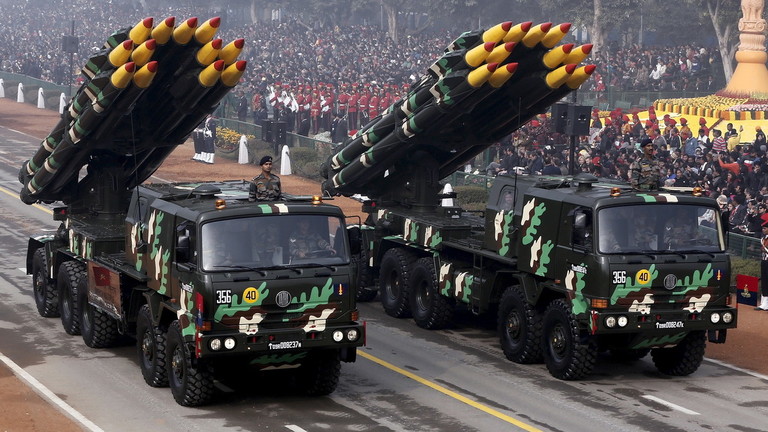 Giant pencils? What are these?
M

PiSigma said:
Giant pencils? What are these?
Click to expand...

ougoah said:
36 Rafales will give it a qualitative edge over Pakistan for a short time sure. But India really already enjoys an edge over Pakistan as things are and this is 36 well supported Rafales. Not 360. Of course the deal comes with weapons and spares and support and training etc. It's still over $200M USD per plane as an overall package. WOW. Did not expect that. Good for the French though. Impressive industry and technology, the Rafale and Dassault should have got some customers. Curiously only India so far after many bites.
Click to expand...

The Egyptians are the other operators of the Rafale, they too bought two squadrons from memory and so has Qatar but don’t think they paid as much. I guess at the end of the day it is what has been packaged that matters.
X

KIENCHIN said:
The Egyptians are the other operators of the Rafale, they too bought two squadrons from memory and so has Qatar but don’t think they paid as much. I guess at the end of the day it is what has been packaged that matters.
Click to expand...

Rule out Qatar out of this. Qatar isn't just "rich", it is "filthy rich". It could buy an entire Ford Class carrier with a full set of Lightnings aboard and still won't brake a sweat. It would host the new carrier for royal parties.

India is poor. That isn't a cheap shot at it. The country is poorer than China( China isn't exactly rich either). I can only see the Rafale as a wild card ( since china does not "know" much about it) against China. It is a counter against the J-20s of China ( Which India is very concerned about). That is the reason for the limited buy. It is as limited as the number of J-20.
India has some 300 flankers to take care of Pakistan.It does not need a 9 billion spurge into Rafales to add further pressure on Pakistan. This buy is clearly intended for China.
I do hope that Dassault HQ gets some "hacking" treatment from China. Some Rafale blueprints, technical details etc must be extracted from France to neuter the "wild card" of India.
Better and easier yet, Directly hack the Indian computers to get some information about the plane and its details.
How's China's relations with Eqypt ? Maybe some deep communication can be facilitated with the Pakistanis beside? Rafale's capabilities must be fully studied if not done already.
L

Proof That Indian Army Helicopter With General Ranbir on Board Was Shot Down in Fratricide??

Registered Member
Indian Air Force inducts Tejas mess into their inventory
Please, Log in or Register to view URLs content!
You must log in or register to reply here.