Bewildered, but not surprised...
X

The chopper, Indian Military Training Team's Cheetah, was en-route from Khirmu (Arunanchal Pradesh) to Yongfulla (Bhutan) on duty when it crashed into a hill at around 1 pm.
Click to expand...


The IAF currently operates a fleet of six Russian-made Ilyushin-78 aerial refueling tankers that are plagued by maintenance problems and more refuellers are required to stay prepared to counter China in the eastern sector.

The official process to buy tankers is expected to begin within two months with the IAF seeking acceptance of necessity (AoN) from the Defence Acquisition Council (DAC) — the defence ministry’s apex procurement body — to take the proposal forward, said one of the officers cited above.

Under India’s defence procurement rules, the AoN by the council (headed by the defence minister) is the first step towards buying a weapon or platform. “We plan to seek the AoN for six new tankers in November-December. It will clear the way for sending request for proposals (RFPs) to foreign military contractors,” the second officer said. The refuellers could cost more than $2 billion.

According to an August 2017 Comptroller and Auditor General of India (CAG) report, the desired serviceability of the Il-78 fleet should be 70% by IAF’s own standards but it stood at 49% during 2010-16 — barely half of the planes were available for missions at any given time.

Auditor General of India
In August 2017, the national auditor found that the refuelling pods of the Il-78s were dogged by failures and the tanker’s airworthiness was questionable. The comprehensive audit of the tanker fleet also revealed that tanking them up on the ground was a problem, dedicated refuelling corridors were missing and there weren’t enough hangars for the aircraft.

Experts said it was imperative for the IAF to strengthen its refuelling capabilities to allow fighter jets to stay airborne longer.

“Flight refuelling aircraft are vital combat enablers. The IAF has just six, and two previous attempts at procurement faltered due to lack of funds, despite an aircraft being shortlisted both times. We have lost more than 10 years. Hopefully, wiser counsel will prevail this time,” said Air Vice Marshal Manmohan Bahadur (retd), additional director general, Centre for Air Power Studies. 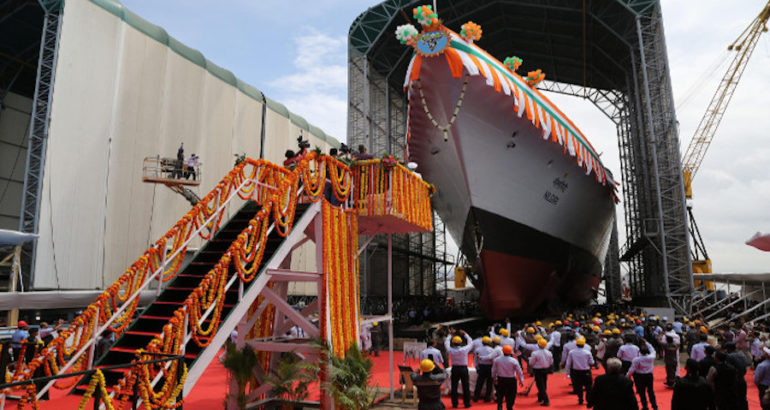 INS Nilgiri, the first of seven P-17A-class frigates being built for the Indian Navy, was launched at the Mazagon Dock Shipbuilders Ltd. (MDL) dockyard in Mumbai on September 28.
Click to expand...

A better angle. Her hull is still incomplete, with very little superstructure built. I expect her to enter service sometime between 2025 and 2028. 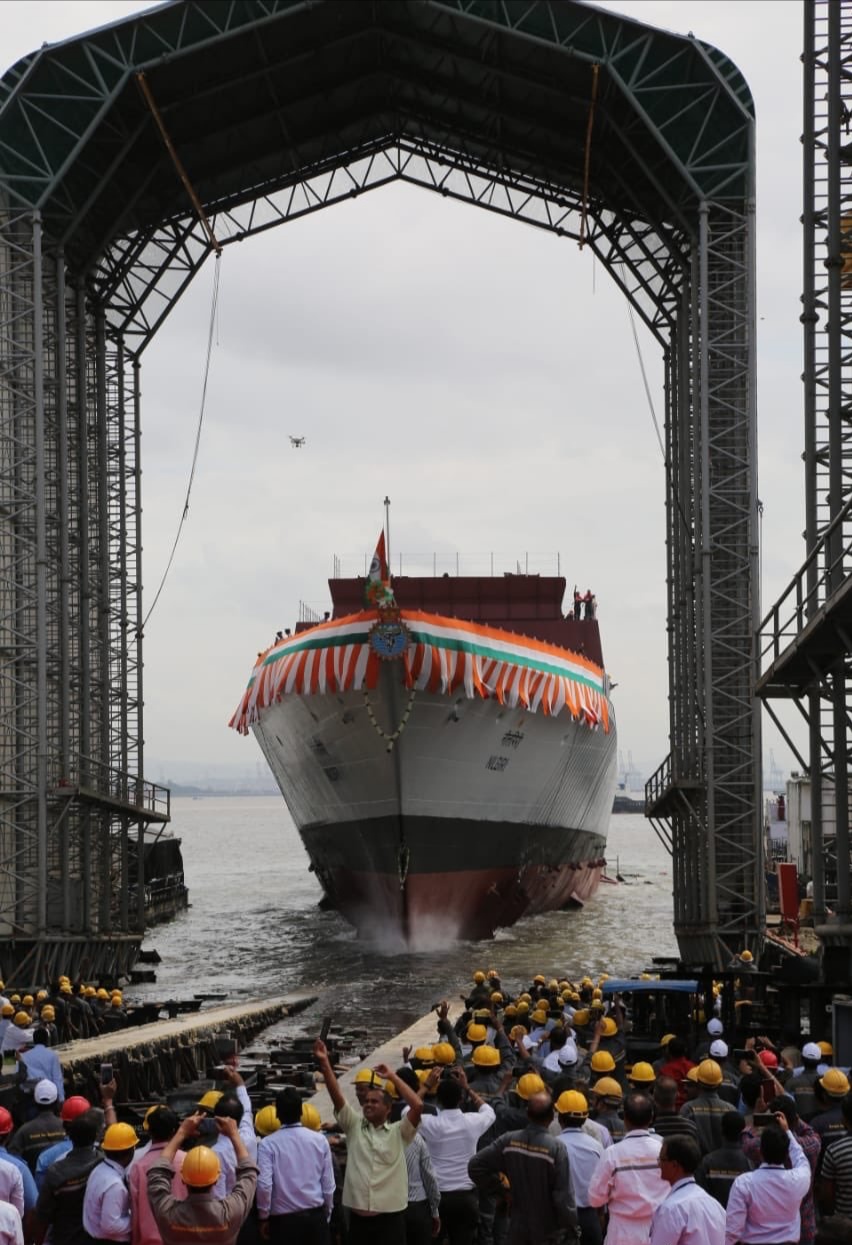 by78 said:
A better angle. Her hull is still incomplete, with very little superstructure built. I expect her to enter service sometime between 2025 and 2028.

This is the 3rd time (that I remember) Indian Navy launch a ship before meeting normal standards of what is done elsewhere in the world.
X

PiSigma said:
This is the 3rd time (that I remember) Indian Navy launch a ship before meeting normal standards of what is done elsewhere in the world.
Click to expand...

Hey, why go so hard on them? It's all they could build. India is waiting for the radars, engines and other critical subsystems to be either imported or license manufactured. This is one country who dreams a lot about being a Superpower (an Import Superpower) Makes China look very sane and composed.
But there is some good news for them - I've read that they have managed to indigenize 60% of the frigate subsystems. That's actually good. The hard part is innovating and improving on the indigenized systems so that it could be applied elsewhere.
You must log in or register to reply here.