The French government today signed a €2 billion contract with Dassault Aviation for 28 Rafale aircraft and gave the go-ahead for development of the aircraft’s F4 standard which should be validated by 2024, although some functions will be ready by 2022.

The 28 aircraft will include some F4 functionalities and be delivered to the French air force from 2023. Defense Minister Florence Parly announced that a further 30 aircraft at the full F4 standard would be ordered in 2023 for delivery between 2027 and 2030.

The F4 standard will have upgraded radar sensors and front sector optronics as well as improved capabilities in the helmet-mounted display. It will have new weapons, notably MBDA’s Mica NG air-to-air missile and 1,000 kg AASM air-to-ground modular weapon, be able to carry the new Scalp missiles and be equipped with the Talios multifunction optronic pod made by Thales.

The Rafale F4 will feature novel connectivity solutions to improve the aircraft’s effectiveness in network-centric warfare. “We’ll be able to receive more data, strengthen our data rate, talk, receive, notably thanks to satellite communication and software defined radio: the Rafale F4 will move even further into the era of data,” Parly said at the Dassault factory in Mérignac near Bordeaux.

“The F4 standard guarantees that Rafale will remain at world-class level so that our combat air forces can carry out all their missions with optimum efficiency, whether in coalition operations or completely independently, as required by the French nuclear deterrent,” said Eric Trappier, CEO of Dassault Aviation. He added that “this new standard also guarantees that Rafale will remain a credible reference on the export market.”

The F1 standard was specific to the first aircraft for the French Navy. The F2 standard gave it air-to-ground and air-to-air capaiblities, while the F3 and F3R gave it extended versatility.
Click to expand...

What do you guys think of the French Jaguar wheeled IFV? Looks like a lil beast!

French have got a problem

it will take huge amount of budget away from carriers, bad timing and planning on part of the French

UK timed it right, the carriers are done the SSN are almost done now they can focus on SSBN
G

asif iqbal said:
French have got a problem

it will take huge amount of budget away from carriers, bad timing and planning on part of the French

UK timed it right, the carriers are done the SSN are almost done now they can focus on SSBN
Click to expand...

From what I understand the French have had a longstanding program to iteratively upgrade their nuclear ballistic missiles.
The latest iteration, the M51.2 missile, is one of the most advanced SLBMs in the world. It has similar specs to the Trident missile.
It has both a more advanced solid propellant and casing than something like the Bulava. Which means the M51 has more range and payload capability than the Bulava.

Their most recent ballistic missile submarine was launched 8 years ago. The oldest in the class is like 22 years old. They have four such submarines each can carry 16 SLBMs.
Sure, the design was done quite a long time ago. But if you look at the design, it uses pump-jet propulsion, and there is some evidence that the French ballistic submarines have a similar level of quietness compared to the UK's Trafalgar class which is a much older design with submarines that are like 2 decades older and thus in a more dire need of replacement due to hull age.

So no, the French SSBN submarine programme, it has no issues at all.

The carrier program is an issue. But you have to remember that the QE class is based on a joint UK/French design. So they have access to that design if they wished to produce it. However there was a desire to make it a nuclear submarine, probably with catapults, so the production was never launched because that would require changes to the base design. The problem France has is that due to EU budget deficit restrictions the French government cannot embark on some projects as easily. Not to mention that France is currently under some social turmoil.

Their nuclear attack submarine programme is under normal progress and their submarine industry even has had some exports under their belt both to Brazil and Australia.
The only major issue I see was the sale of Alstom to GE a couple of years back. Thanks once again to restrictive EU regulations on state support for ailing companies.

kwaigonegin said:
What do you guys think of the French Jaguar wheeled IFV? Looks like a lil beast!

Not an IFV it only has a crew of three. Its a recon vehicle. It's packing one heck of a gun on a very light vehicle. I call it a glass cannon. It can dish punishment but hit it with the same and it shatters.
G

Registered Member
The French have a lot of similar vehicles. Basically they have them in case they need to do a foreign intervention in, say, Africa.
The low weight means it is air-transportable.

I cannot say I am a big fan of wheeled combat vehicles in general however.

Those vehicles tend to be the same mission scouts. They lack armor but pack some heat. You have similar vehicles elsewhere like the German Weasel, American Sheridan, or British Simitar. Of course it does sometimes fall out of favor. The hull only protects from small arms. 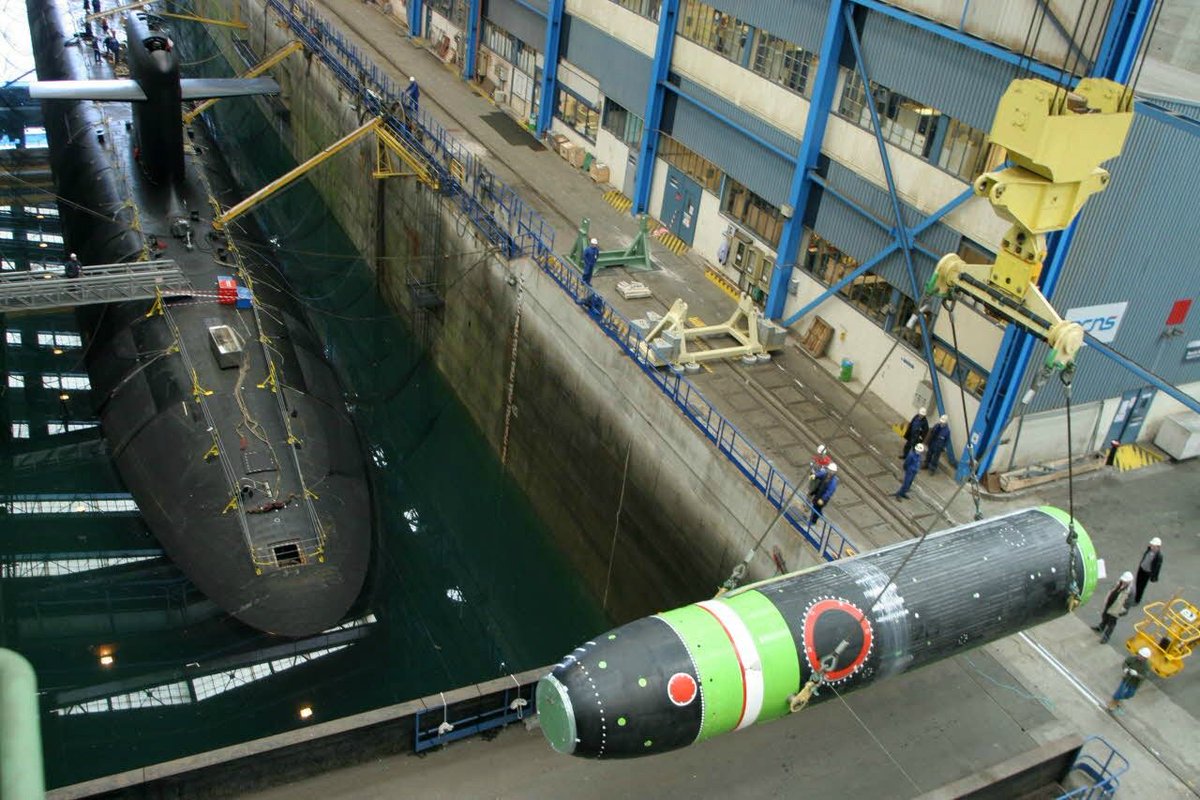 gelgoog said:
From what I understand the French have had a longstanding program to iteratively upgrade their nuclear ballistic missiles.
The latest iteration, the M51.2 missile, is one of the most advanced SLBMs in the world. It has similar specs to the Trident missile.
It has both a more advanced solid propellant and casing than something like the Bulava. Which means the M51 has more range and payload capability than the Bulava.
Click to expand...

Actually the level of technology in the Bulava & M51 is very similar, both have filament-wound composite casings in all stages etc. (which in fact France only introduced with the M51 whereas Russia already deployed it previously on the SS-20, SS-25 and SS-N-20). The M51 is just quite a lot bigger (>50t as opposed to <40t, a difference of more than 25%), so it'll carry the same payload to a longer range or a larger payload to the same range - nothing more, nothing less. But if sheer size was a concern, Russia could simply have proceeded with the ~90t Bark Only half joking - it's not as though Bulava had fewer failures initially and when you consider the cost of starting over with a clean-sheet missile as well as the cost of redesigning the Borei missile compartment you start to wonder whether it was such a clever idea after all.

But yeah, the French SNLE and SLBM are fine.

February 20, 2019 (Google Translation) – On Wednesday, 13 February, at 13:30, a patrol composed of two Rafale took off from the air base Cazaux (Gironde) to make the first shot of a METEOR missile. At 20:00, a second shot was made at night. These experiments were supervised by the DGA, with the activation of a complete test device, combining security, instrumentation, the implementation of targets, and the return of the shots, from its control center located on the island of the Levant, off Hyères.

The aircraft were configured and piloted by personnel of the Air Force Center of Air Defense Expertise (CEAM) and the Naval Airborne Practical Experiments Center (CEPA / 10S) of the French Navy, in close collaboration with the DGA, testifying to the very high level of technicality of the forces in joint

Intended for air superiority missions, the METEOR air-to-air missile is powered by a ramjet and capable of intercepting very long-range targets. Acquired by France, Great Britain, Germany, Italy, Spain and Sweden, it has a zone of interception assured far superior to that of the missiles of the same range currently in service.