by78 said:
The first C919 airplane is scheduled to be delivered to China Eastern Airlines in December. 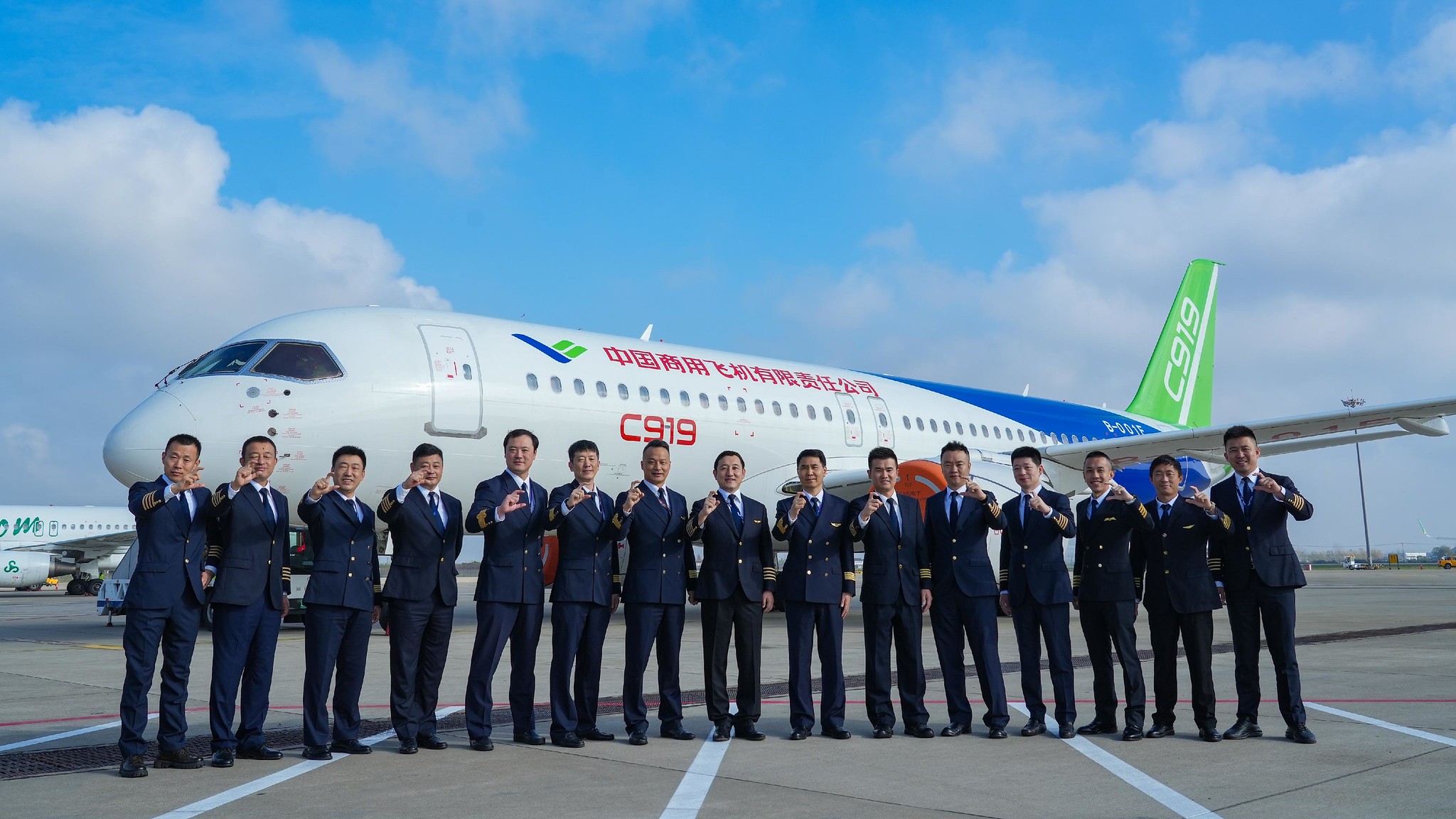 China Eastern Airlines is set to receive its first (and the world's first commercial) C919 at Shanghai Hongqiao International Airport this Friday, 9 December 2022.

Monitoring and other equipment inside passenger cabin of a C919 proto type.

lcloo said:
Monitoring and other equipment inside passenger cabin of a C919 proto type.

Wow, this looks like a much much better platform to replace KJ-500 as an AEW&C plane
A

FYI - this is the consensus view of the C919 on Wall Street. Imagine thinking what you heard in 2016 from Chinese airlines is relevant in 20-f'ing-22
Z

FYI - this is the consensus view of the C919 on Wall Street. Imagine thinking what you heard in 2016 from Chinese airlines is relevant in 20-f'ing-22
Click to expand...

Very close to the A320neo WVs 055 and 069 (within a couple 100kgs). 800kg more usable fuel capacity, but probably around 2t heavier empty (Airbus doesn't really publish empty weights, as they have 2 engine variants and an insane variety of cabin configs). This vindicates the Leeham News & Comment info from a while back to some extent:

The advantage for the A320neo is likely due precisely to the higher OEW preventing the C919 from uplifting the same fuel weight at max. payload. That said, these diagrams in the ACAPs, as indicated by the comments, are a rough indication only, since OEW varies so much based on customer configuration.

Similarly, the seating capacity, if you're going to pin the A320neo at 180, should be 174. But that these numbers weren't on an equal basis was obvious from the fact that the 737MAX 8 was lower (max. is actually >200!). More to the point, according to the floor plan the cabin space actually given over to passenger seating is virtually the same down to the centimeter! The C919 loses these 6 seats (one row) solely by having traditional higher-pitch emergency exit rows. Unfortunately, I don't think you can densify the cabin beyond 180 seats (as on the A320, which wasn't always this efficient) without major surgery, because the additional room is in front of the forward doors. That might mean a small remaining penalty in fuselage wetted area per passenger, despite the more modern cockpit section.

So all in all we might nudge the C919 up by 16 seats and 200nm in the passenger capacity vs. range graph:

Also of note: Like the MS-21 the C919 electical system uses engine variable frequency generators instead of conventional IDGs! So much for technology being held back.
Last edited: Dec 7, 2022

Registered Member
So far C-919 looks to be a medium low speced plane with good build quality. I guess that is just the nature of a narrowbody jet. Good start. C-929 could be far more competitive.

From 沉默的山羊's weibo account. So about 3 months of test flight before revenue service. This seems a little cautious (I normally would expect 1 or 2 months for a new fleet type) but not completely out of line for a new aircraft entering service. Maybe also delayed by Chinese new year. But let's see how quickly they can get it up to run regular schedule

Registered Member
A timelapse of part of the assembly process: