LawLeadsToPeace said:
Can anyone point out to me how that Chinese USV is a "knockoff" of the US's Sea Hunter?
Click to expand...

I think the author is being over the top. However, there are nontrivial parallels in the design. My personal suspicion was the Chinese wanted to see how the design sailed. They have the money. Why not?
A

Registered Member
Any updates on USV?

Registered Member
Does China have a similar project regarding the US-made LUSV ship?

A corporate image of the JARI unmanned patrol boat from CSSC. 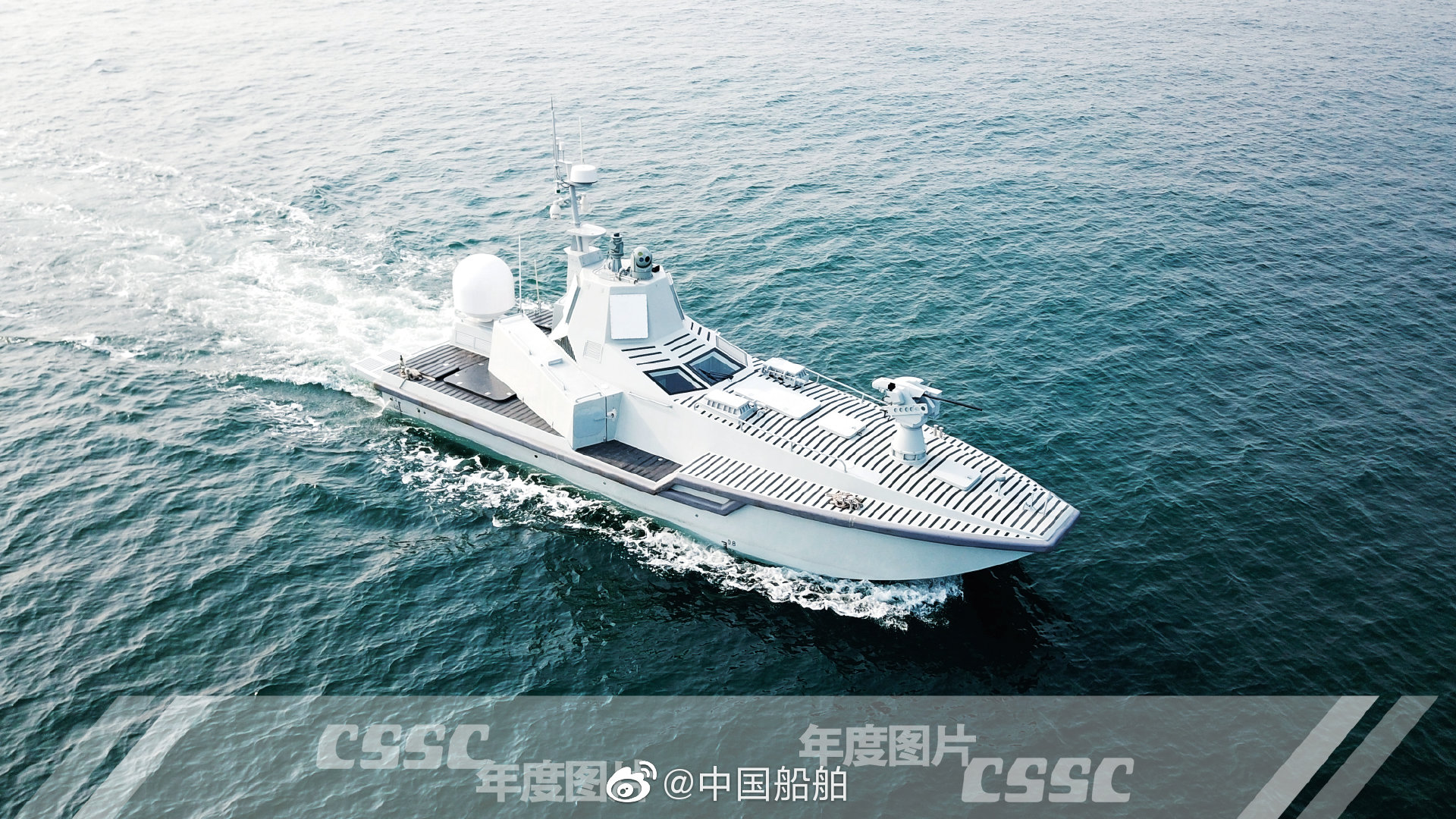 Registered Member
New USV just dropped. Do we have a USV thread yet?

Kalec said:
Do we have a USV thread yet?
Click to expand...

No, but we definitely should.

There is a dedicated thread for unmanned underwater vehicles. Maybe we could amend the title to include both surface and underwater platforms, simply title it unmanned/autonomous naval platforms, or something sufficiently inclusive like that.

Kalec said:
New USV just dropped. Do we have a USV thread yet?

Registered Member
Please, Log in or Register to view URLs content!
China has started to build the country’s most advanced large unmanned ship, the vessel’s manufacturer announced on Wednesday.

Led by the No.716 Research Institute of China State Shipbuilding Corporation Limited (CSSC), the large unmanned ship project had a ceremony to celebrate the start of its construction on Tuesday, according to a WeChat post released by the institute on Wednesday.

This means that the ship, being the most advanced among its kind in China, has officially entered the construction phase, the institute said.

Featuring a high-speed hydrofoil trimaran design, the drone ship is characterized by its high speed, long endurance and fully domestically developed propulsion system, in addition it can independently carry out missions under different scenarios, the press release said.

No details were given, including information about the designation, the exact size or the types of missions for which the ship will be employed.

The CSSC No.716 Research Institute is an organization that contributes to national defense and public service with electronic equipment and technology, according to the institute.
You must log in or register to reply here.