Deino said:
Yet another new Chinese UAV ... It seems to be called Flying Dragon-1 (Feilong-1 飞龙-1) and it completed its first flight at the Pucheng Neifu Airport in Shaanxi Province on 20. January 2019. Design team seems to be a private company called Zhongtian Feilong Technology Co.

Does anyone have more information?

Oh well ... I think I'm getting old. I was standing under that UAV at Zhuhai on my own.

I am the one with the blue shirt and yellow backpack.

Staff member
Super Moderator
Registered Member
By the way FL-1 should reportedly be best translated not as Flying Dragon but as wyvern ... image via Filip Hey (FB)

Now this is interesting a contra rotating Heli via LKJ86 Hendrik_2000 said:
Now this is interesting a contra rotating Heli via LKJ86

What's with the exposed pipe?

siegecrossbow said:
What's with the exposed pipe?
Click to expand...

Exhaust, should have a cover in the production model if it is picked up by a service.
J

Hendrik_2000 said:
Now this is interesting a contra rotating Heli via LKJ86

With that glassed cabin it looks like "optionally manned"
T

plawolf said:
Exhaust, should have a cover in the production model if it is picked up by a service.
Click to expand...

Yup, hot exhaust pipe which would not play well with what is likely fiber-glass plastic for the airframe shell (in fact, the actual pipe is probably much smaller in diameter, what we're seeing is mostly a heat shield and insulation). The reason why it's so circuitous could be a turbo-charger on the engine which mandates a certain routing due to packaging requirements.

I don't think that's glass but a very fine wire mesh, so it's probably an opening for cooling air.

The AEW drone of the Institute 38 of the CETC group continues its flight tests. 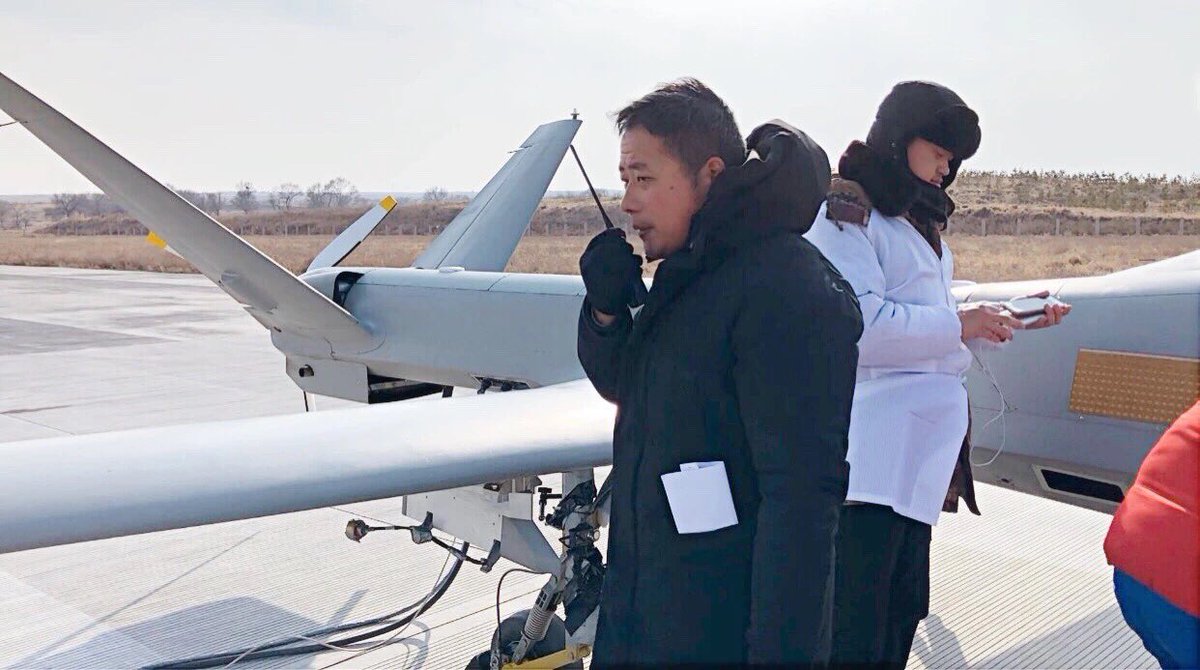 FL-1: the mysterious drone resulting from the civil-military integration

Because when a lot of countries are still not able to design and manufacture single-ton military drones, a young Chinese company founded in 2012 with an initial capital of 100 million yuan, about 13 million euros at today's exchange rate, did it and in three times bigger. There is something to tickle the curiosity.

And since a surprise never comes alone, we learn that the drone, a MTOW of 3,200 kg, has already made its first flight a week ago at Pucheng Neifu airport in Shaanxi province. 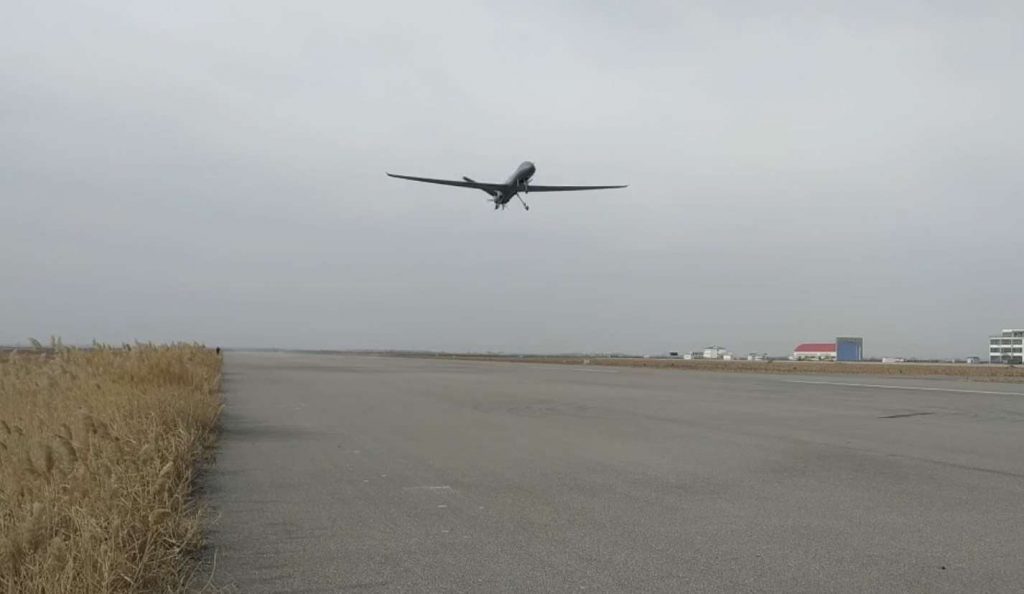 The UAV with a total carrying capacity of 1,400 kg will target primarily domestic and international markets in freight transportation, ground observation, border patrols, search and rescue at sea, and forest fire prevention. when equipped with firebombs.

And to top it off, ZT Guide Contol indicates that the project took only a year and a half to go from the start of development to the maiden flight of the first prototype. Which is, practically, an impossible mission since, in normal times, this duration is what would be necessary to put in place all the appropriate industrial tools, before actually starting the production and this not to mention the time required for the production. design and testing. And in the aerospace industry, there is rarely a magic formula ...

So since the FL-1 drone does exist and has actually stolen - so it's not a fictional ad - it could explain the development of this drone in record time ?

One of the possible explanations, and probably also the most plausible one from our analysis, is that the project would have benefited from a complete transfer of plans and skills altogether, within a framework of what it is called "Civil-Military Integration" (军民 融合) in China.

This concept of Civil-Military Integration is a very broad subject that deserves much more time and effort to understand and master it. But overall, the goal of this national strategy proposed by Chinese President Xi Jin Ping in 2015 would be to encourage the technology transfer of large state arms groups to private companies, to increase the competitiveness of these companies. and that they can reach other customers through their own commercial networks, and at the same time enable large national groups, which are heavily dependent on the state and the military even today, to avoid silotisation, and also introduce new sources of non-state revenue.

A long-term strategy to prevent the formation of "megalodons" that vampirise and kidnap the state, and to increase channels to meet domestic needs and to drive funds out of the country. countries, and ensure the sustainable development of the modernization of the national defense and the Chinese army.

We can see that the CEO of ZT Guide Control ranks his group in the category of companies dependent on this civil-military integration (军民 融合 类 企业) in
Please, Log in or Register to view URLs content!
.

It should also be noted that this Chinese "civil-military integration" seems quite different from "civil-military cooperation", or CIMIC (Civil-Military Co-operation) as explained in
Please, Log in or Register to view URLs content!

So if our hypothesis is correct, that is to say that the drone Flying Loong 1 is actually the transfer of plans and industrial tools of a large Chinese national group, who is this "generous donor" (which does not is certainly not one in reality ...) and on which model is FL-1 based?

Given the size and configuration of this FL-1 drone - more than three tonnes take-off in a conventional form - the only two possible Chinese candidates are undoubtedly AVIC's Wing Loong II and the Group's CH-5. Aerospace CCAC.

But given the characteristics of the drone revealed by ZT Guide Control in November 2018 in Zhuhai, including a load capacity of 1400 kg and an endurance of 45 FH, or the reference pylons J / GDJ-xx appeared on the model 1: 1 at the stand, it's a safe bet that the FL-1 is actually a variant of the CH-5, but it still remains to be confirmed.