NOw this is interesting 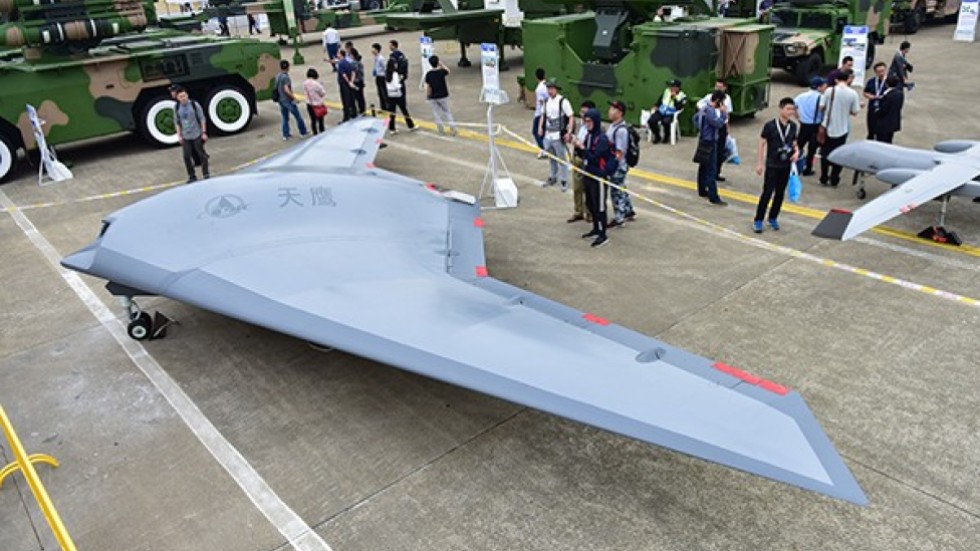 11 Jan 2019
One of China’s newest stealth drones, the Sky Hawk, features state-of-the-art technology that allows it to communicate and collaborate with manned aircraft during surveillance and combat operations, its developer said.

Known as manned-unmanned teaming (MUM-T), the technology means pilots and ground staff can receive information from drones to improve their situational awareness while allowing them to remain at a safe distance.


Please, Log in or Register to view URLs content!
“Battlefields of the future will be very intense and confrontational, and stealthy drones like the Sky Hawk will have a huge role to play,” Ma Hongzhong, its chief engineer at China Aerospace Science and Industry Corporation, told news portal Thepaper.cn on Thursday.

“Manned-unmanned teaming is the technology of the future … and the Sky Hawk has such a capability,” he said.

Despite Ma’s claims, Singapore-based aviation expert Kelvin Wong said that while MUM-T was a major development trend within the global industry the technology had so far eluded most nations.

The idea of the system is that it allows drones to communicate not only with each but also with manned aircraft, he said, but “that requires precise flight command and control, and high-speed, high-volume data sharing … to name a few of the core technologies”.

“So far, no country has perfected it as far as I am aware.”


Please, Log in or Register to view URLs content!
So whether China actually had the know-how to apply MUM-T technology on the battlefield had yet to be seen, Wong said.

Beijing based military expert Li Jie said that in a combat situation, having aircraft capable of manned-unmanned teaming would make finding targets “easier and faster, increase the range of attack and reduce casualties”. According to the United States’ government contractors website, the US army is currently investigating the products, research, operational concepts and mission support that could enhance existing MUM-T concepts.

In October, US-based website Avionics.com reported that Textron Systems had developed a new command and control collaboration technology known as Synturian that gave military pilots the ability to control teaming drones with just a few inputs from a cockpit display.

With its flying wing design – similar to the United States’ B-2 stealth bomber – the Sky Hawk is a high-altitude, long-range and high-speed unmanned aerial vehicle capable of conducting reconnaissance and patrol missions in hostile environments.

Footage of its latest test flight was shown by China’s state broadcaster CCTV on Saturday. The report did not give a precise location but showed the drone taking off and landing against a backdrop of high mountains.

There have been reports of the Sky Hawk carrying out test flights as early as February last year, but no footage has ever been released.

The drone went on display at Airshow China 2018 in Zhuhai, south China’s Guangdong province, in November, but remained firmly on the ground.

Hendrik_2000 said:
NOw this is interesting
Click to expand...

None of the links seem to be working...

anzha said:
None of the links seem to be working...
Click to expand...

Hendrik_2000 said:
It work on my internet provide You must have a bad server somewhere
Click to expand...

What can I do?
If you are a visitor of this website:
Please try again in a few minutes.

If you are the owner of this website:
Check your DNS settings. If you are using a CNAME origin record, make sure it is valid and resolvable.
Please, Log in or Register to view URLs content!
T

What can I do?
If you are a visitor of this website:
Please try again in a few minutes.

If you are the owner of this website:
Check your DNS settings. If you are using a CNAME origin record, make sure it is valid and resolvable.
Please, Log in or Register to view URLs content!
Click to expand...

You do not have a direct access to scmp site. When your device ask DNS name to IP translation of
Please, Log in or Register to view URLs content!
, your internet provider returns another IP address instead of the true IP address of SCMP server. That another IP address is a server or server cluster owned by Cloudflare. These servers cache up content of SCMP web server and deliver contents on behalf of SCMP if SCMP has an agreement with Cloudflare. The purpose of this is to move the work of managing internet infrastructure away from content producers to professional IT companies. Kind of outsourcing production capability from Apple to Foxcom.

In fact, the reality could even be that there is NO "true" ip address of server that is in the hand of SCMP just like Apple don't have a factory today.

What you can do is to use a proxy server or VPN to access other "copy" of SCMP from another internet provider or even another country.
A

taxiya said:
What you can do is to use a proxy server or VPN to access other "copy" of SCMP from another internet provider or even another country.
Click to expand...

It was fixed as of this morning.

According to Chinese state propaganda outlets, its developers have mentioned that the drone is capable of "talking" to other fighter planes.

Really? In that case then kudos to the guy that made it.

I think Tian Ying should be translated as Sky Hawk rather than Sky Wing
You must log in or register to reply here.