I think what's wrong is because many members consider it tiresome to spoonfeed information that you could potentially get from reading thousands of pages haha. I understand where you're coming from though. Sometimes it's easier and quicker for other people to just tell you straight away. That's the case for something simple like roughly how many J-10C are guessed to be in service. Things like laser weapons are less clear because they are kept secret for their entire service life.

On topic of laser weapons, some very basic info are occasionally leaked like power rating or whether it is designed for a certain purpose - anti-drone or whatever. We only understand that China has offered a pretty powerful multipurpose land based, vehicle mounted laser weapon for export options. The PLA laser weapons are pretty secretive and whether a certain type is used to blind satellites or melt through cruise missiles are all kept 100% out of public domain.

We can guess based on publicised laser research and crystal fabrication technologies. There have been decades of Chinese research and development into various types and classes of laser weapons. We only know they exist and that is all. Many crystal type and fabrication technologies are led and pioneered by Chinese research institutions. English language info on Chinese science institutions and their developments are extremely limited. Public domain papers hint at a lot of things but those are barely the tip of the iceberg. Since laser weapons and other Directed Energy Weapons (DEW) are pretty much considered the next thing with modern naval vessels moving towards huge energy outputs (Type 055 really so far the only one with crazy power generation for planned railgun upgrade) and integrated electric propulsion (most modern western vessels already are IEP), there is zero chance the major players aren't putting significant stock into realising DEWs for future.

I hope that sort of addresses your question and gives you an idea why some members are justifiably annoyed at relatively nooby questions from newcomers. This field is wide and deep. People have accumulated years sometimes decades of constant learning and observation to collect and build a good understanding of the topics. Most of it are complex and nuanced so it's also difficult to explain even seemingly simple things like laser weapons.

A laser dazzler seen at the World Radar Expo being held in Nanjing. 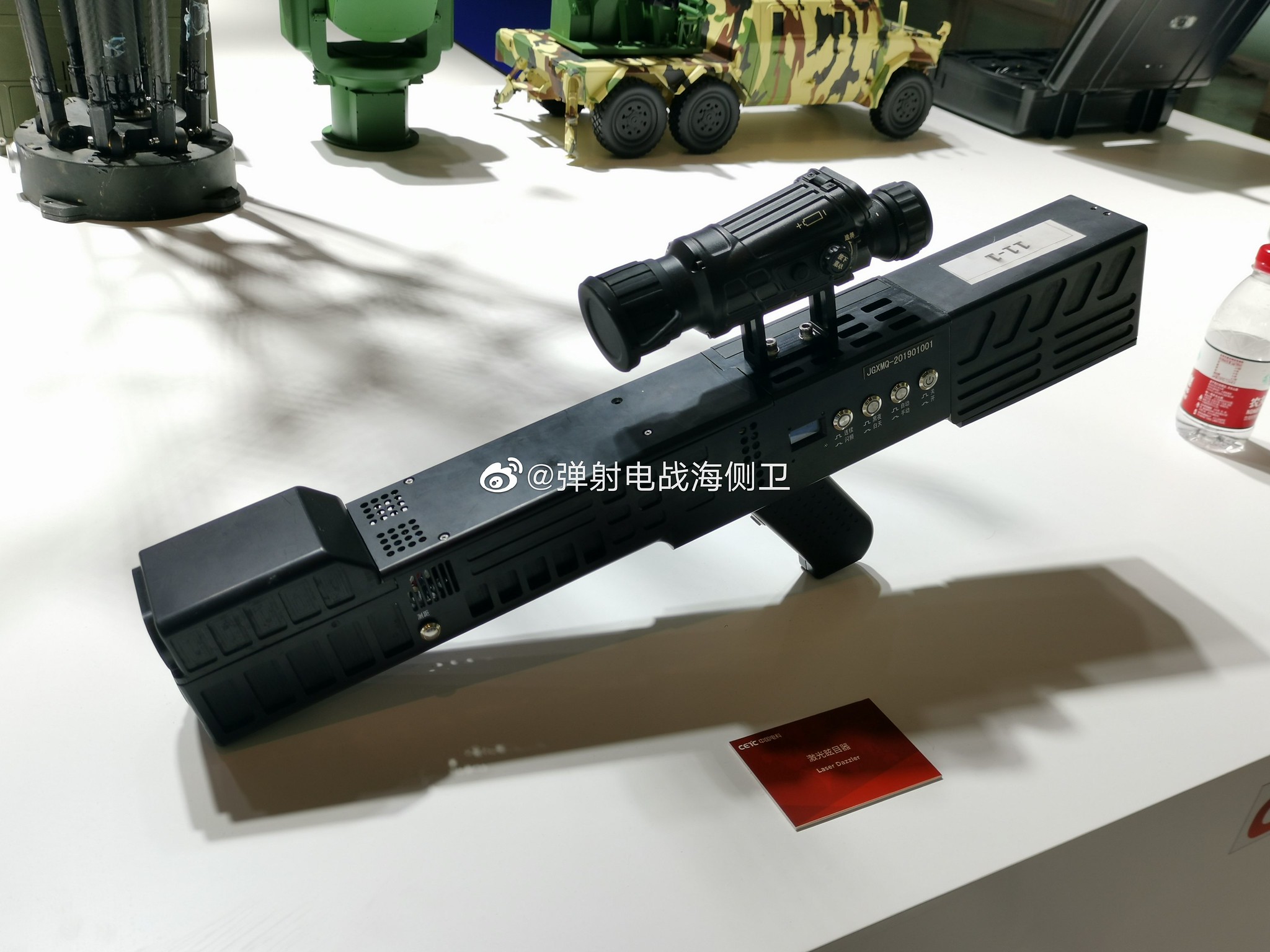