Registered Member
Through some digging I fond this on
Please, Log in or Register to view URLs content!
, which incorrectly label it as the first stage of a LM-2D. It is wrong on two accounts: This style of interstage lattice is only present on the second stage of LM-2E/F, LM-2D has the original DF-5 style lattice.

But back to the original question, it seems that the engine fairing design is unique to the LM-2C demonstrator.

Zoom in for a closer look at the grid fins... 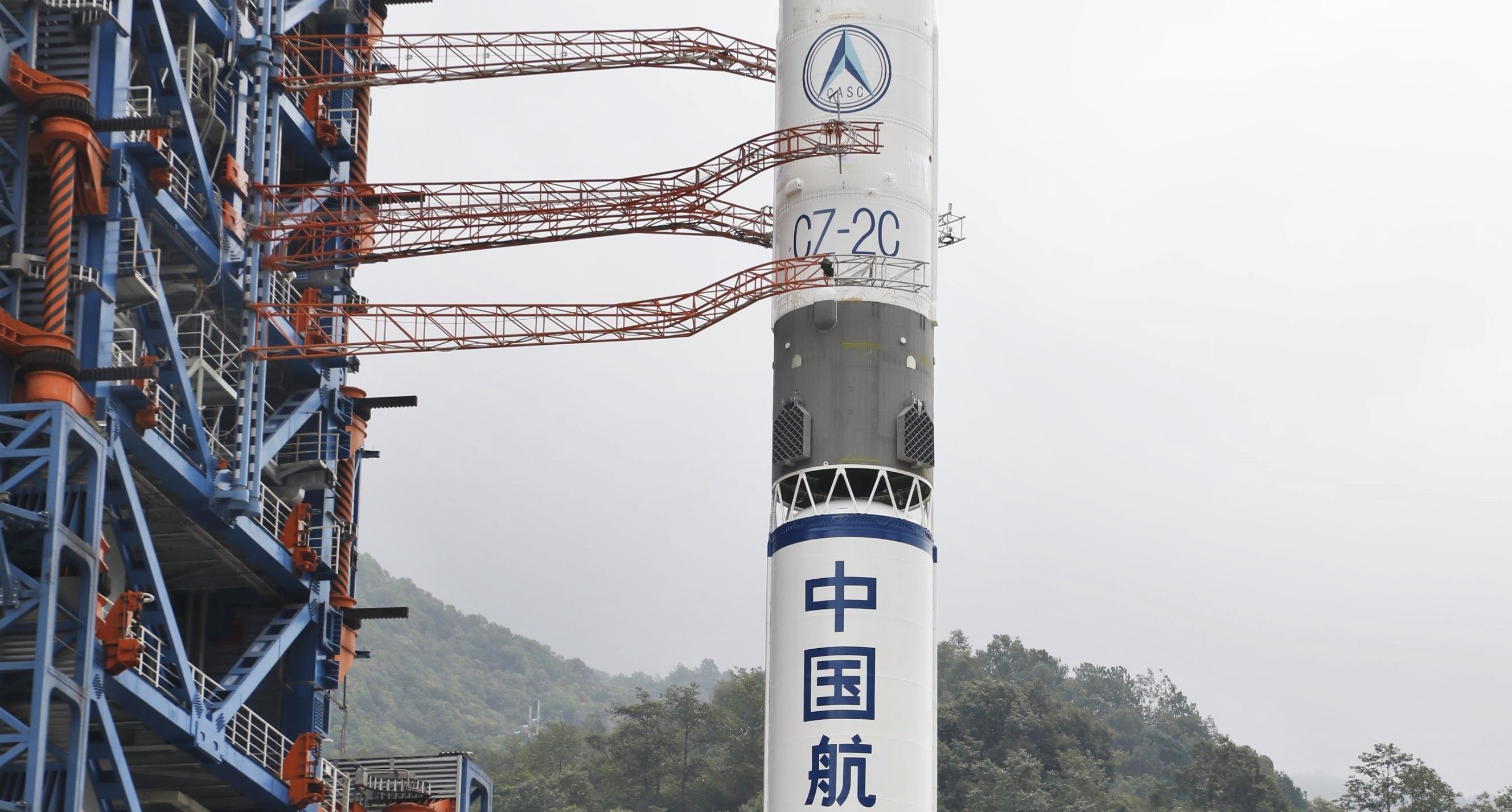 Registered Member
On airliners.net, of all places:

Check out the fins in motion.

Please, Log in or Register to view URLs content!
BEIJING, Aug 10 (Reuters) - Chinese startup LinkSpace on Saturday completed its third test of a reusable rocket in five months, stepping up the pace in China's race to develop a technology key to cheap space launches in an expected global boom in satellite deployment.

LinkSpace's RLV-T5 rocket blasted off in a desert in western Qinghai province at 0230 GMT. It flew as high as 300 metres (984 feet) before returning to the launchpad on its own after 50 seconds, CEO Hu Zhenyu, 26, told Reuters.

The Beijing-based company aims to launch its next-generation RLV-T16 next year that will be capable of reaching an altitude of up to 150 kilometres, Hu said.

The RLV-T5 previously hovered 20 metres and 40 metres above the ground in two tests in March and April respectively.

China envisions constellations of commercial satellites that can offer services ranging from high-speed internet for aircraft and rural areas to tracking coal shipments and commuter traffic.

Reliable, low-cost and frequent launches will be key, with recoverable or partially recoverable rockets like the Falcon 9 from Elon Musk's SpaceX one pathway to eventually affordable satellite deployment missions.

SpaceX has already used recoverable rockets on a number of orbital missions since a historic launch early in 2017, spurring Europe, Russia, Japan and China to speed up their own research into the technology or at least consider studying it.

LinkSpace's test flight on Saturday came on the heels of a historic delivery of a satellite into orbit last month by privately owned Chinese firm iSpace.

Beijing-based iSpace told Reuters last week that it was also planning to launch a recoverable rocket, in 2021.

The reusable design of its next-generation rocket could lead to a predicted cost reduction of 70%, iSpace estimated.

That's a fraction of the $25 million to $30 million needed for a launch on a Northrop Grumman Innovation Systems Pegasus, a commonly used small rocket. The Pegasus is launched from a high-altitude aircraft and is not reusable. ($1 = 7.0613 Chinese yuan renminbi) (Reporting by Ryan Woo; Editing by Joseph Radford and Stephen Powell) 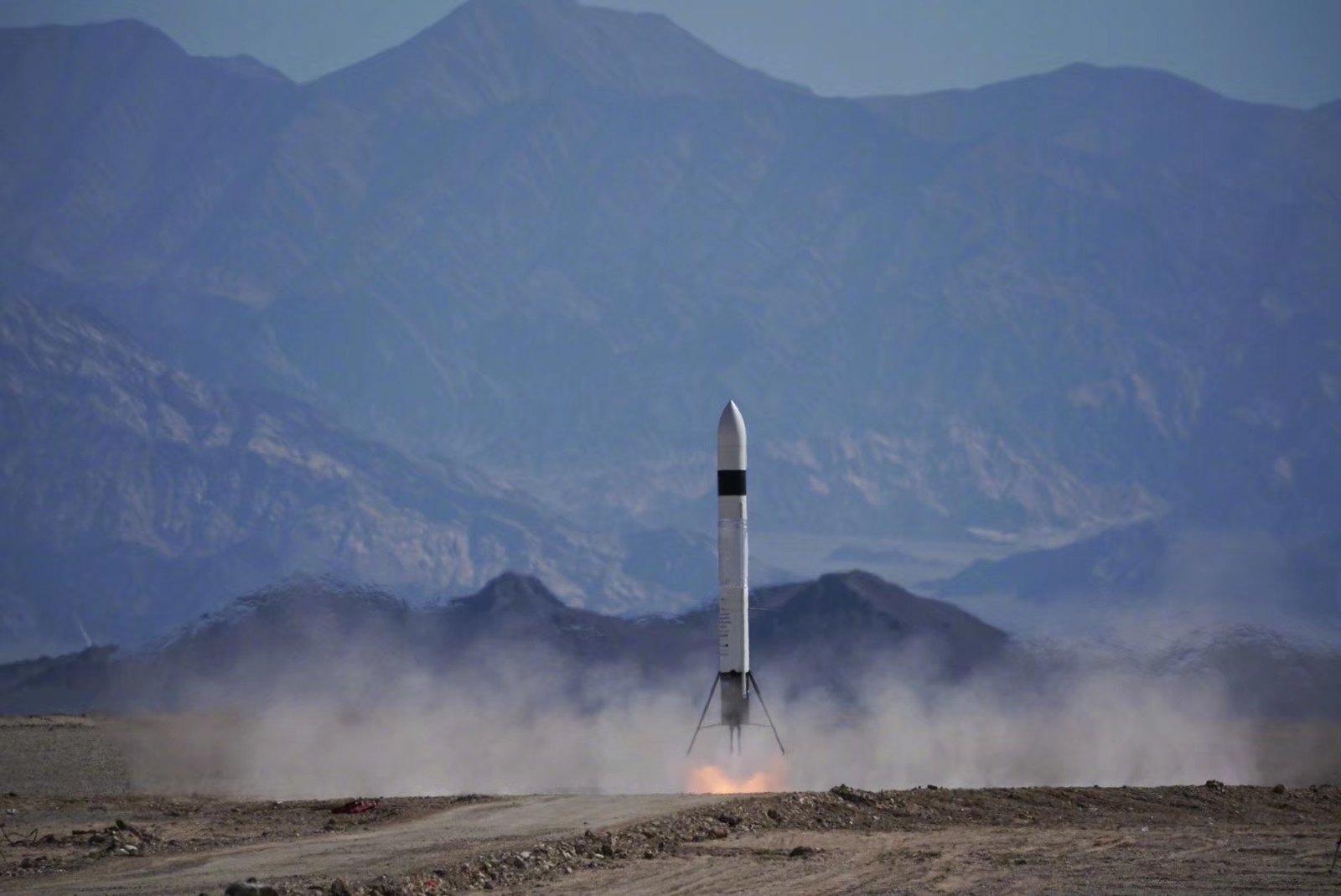 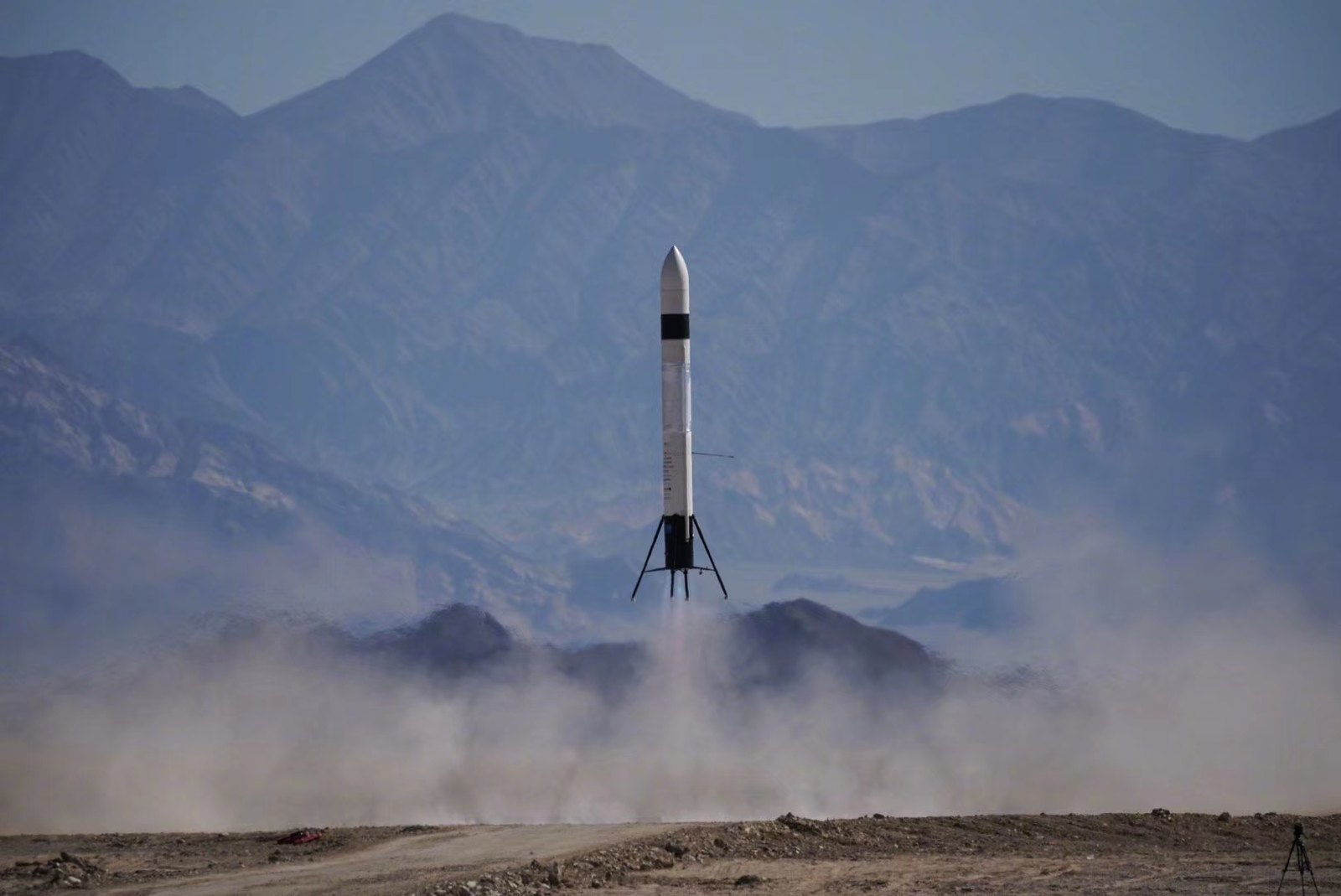 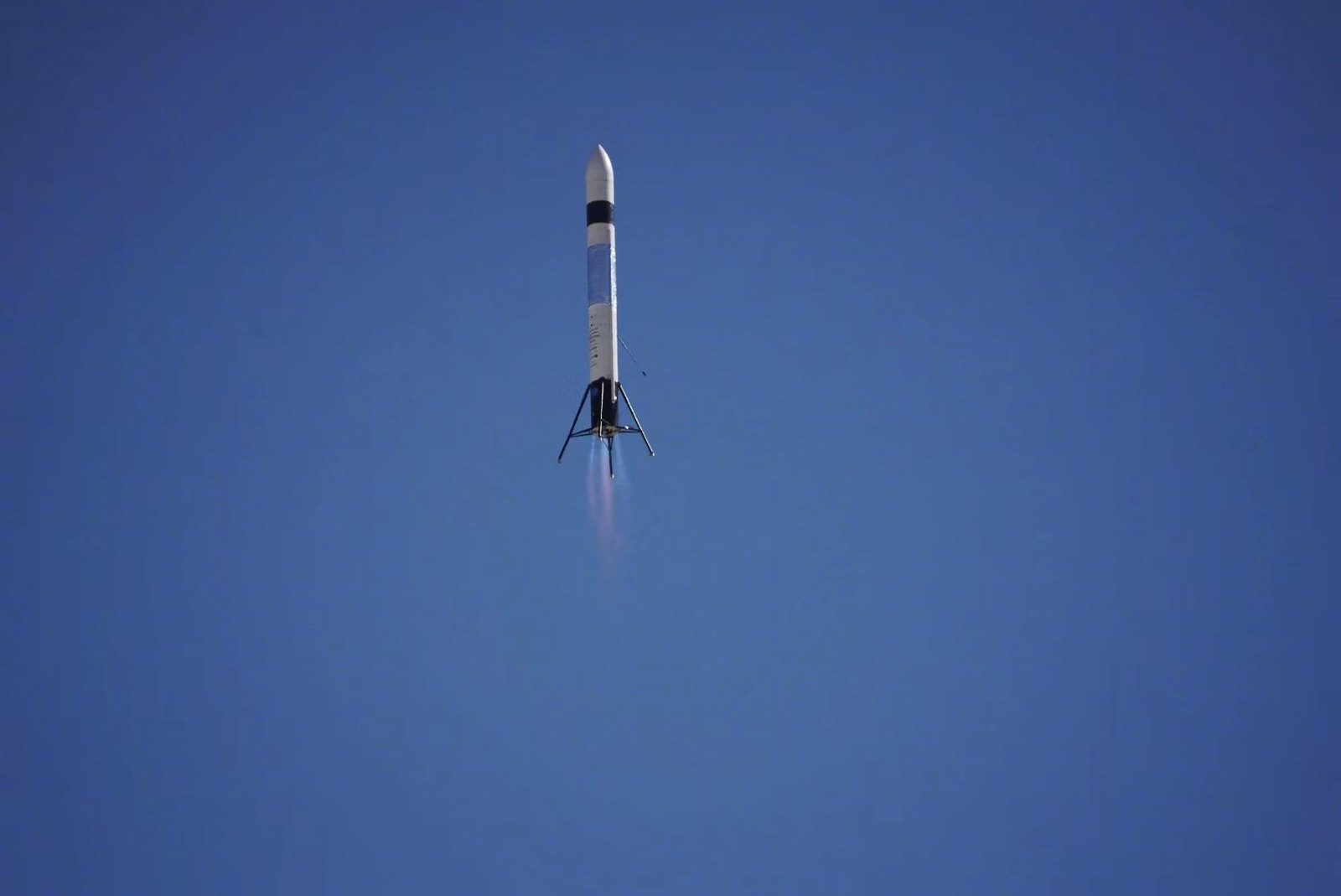 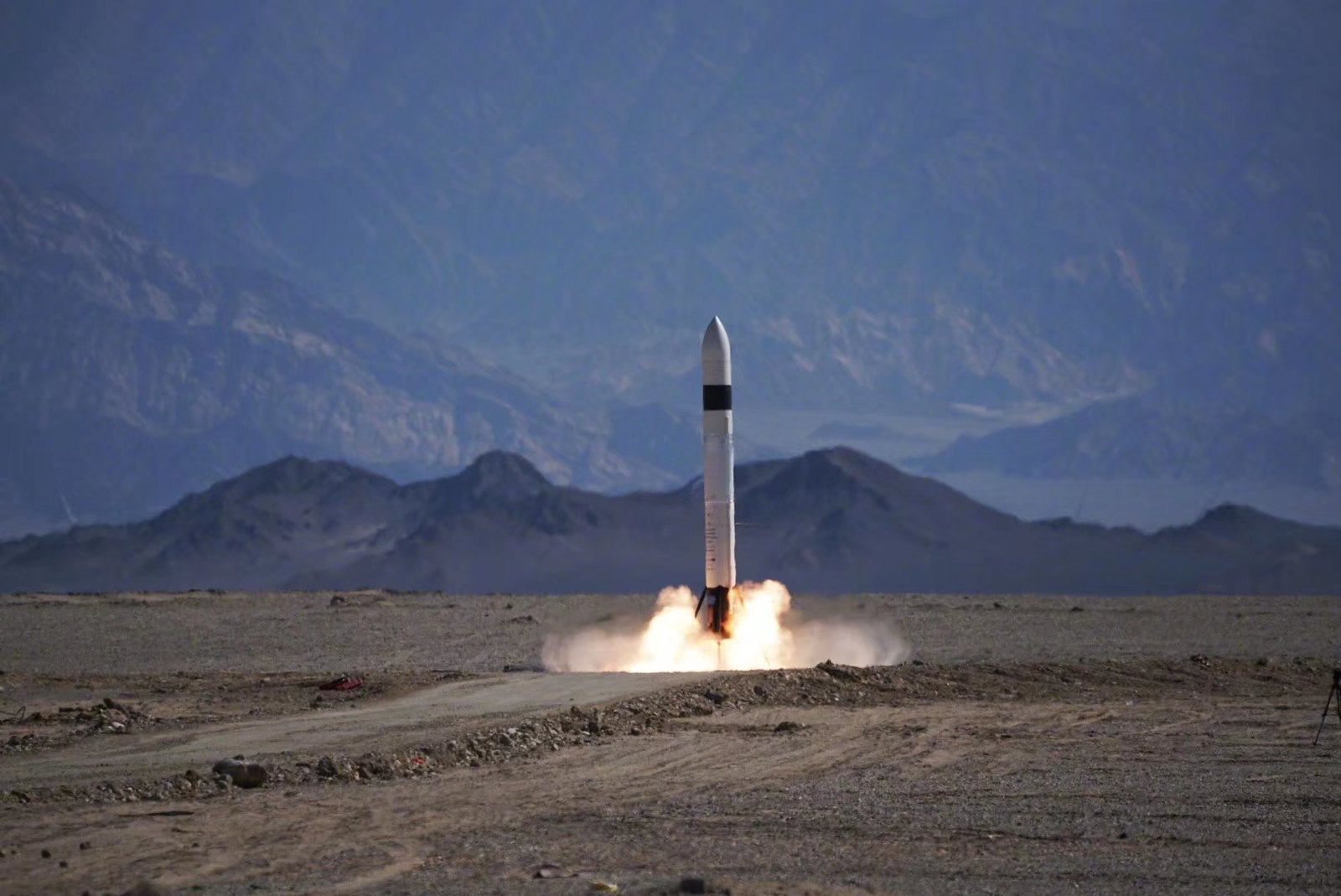 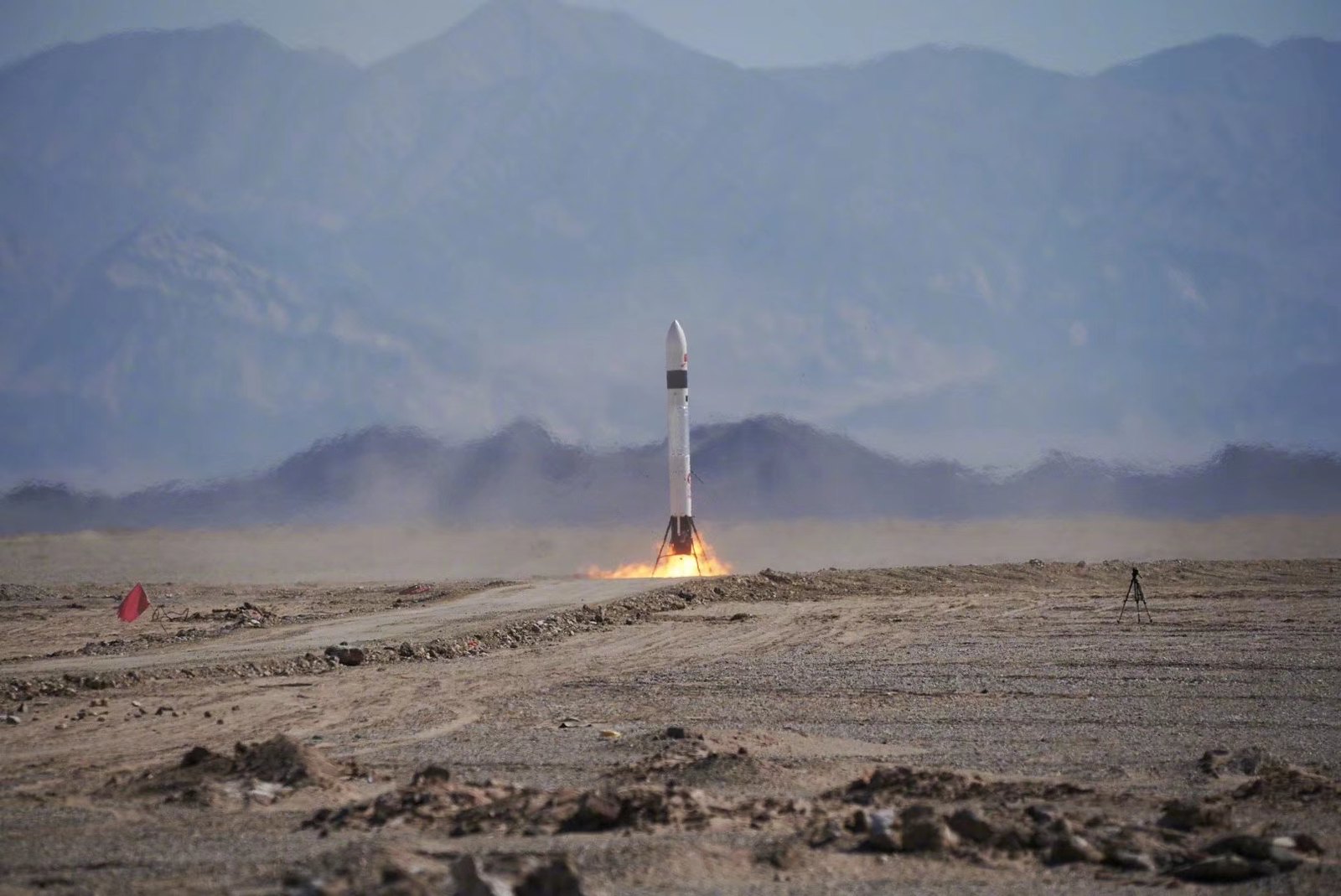 The rocket, developed by the China Rocket Co. Ltd. affiliated to the China Academy of Launch Vehicle Technology (CALVT), blasted off from the Jiuquan Satellite Launch Center in northwest China at 12:11 p.m. (Beijing Time).

Yup here is the video
China state agency successfully launches rocket for commercial use: CCTV
Reuters 8 hours ago
Smart Dragon-1 launch vehicle launched three satellites from the Jiuquan Satellite Launch Center, Gansu Province, northwest China, on 17 August 2019, at
Please, Log in or Register to view URLs content!
UTC (
Please, Log in or Register to view URLs content!
local time). Smart Dragon-1 (SD-1, also known as Lightning Dragon No.1, Jielong-1, 捷龙一号) is a new solid-propellant rocket developed by the China Rocket Co. Ltd. affiliated to the China Academy of Launch Vehicle Technology (CALVT). According to official sources, SD-1 has a total length of 19.5 meters, a diameter of 1.2 meter, a takeoff weight of about 23.1 tonnes and is capable of sending 200 kg payloads to a Sun-synchronous orbit with at an altitude of 500 km.
BEIJING (Reuters) - A Chinese government space agency successfully launched on Saturday its first rocket meant for commercial use, state television CCTV reported, as firms in the country compete to join a commercial satellite boom.

Smart Dragon-1 rocket, which weighs 23 tonnes and was developed by a unit of China Aerospace Science and Technology Corp (CASC), successfully delivered three satellites into orbit after a launch in Jiuquan, Gansu, CCTV said.

China envisions constellations of commercial satellites that can offer services ranging from high-speed internet for aircraft to tracking coal shipments. Reliable, low-cost and frequent rocket launches will be key for that.

Smart Dragon-1, whose research and development budget came from social capital rather than state funding, is a demonstration of China's drive to commercialize the rockets sector, where more private rocket firm are allowed to enter the market to compete with each other, CCTV said.

Last month, Beijing-based iSpace became the first private firm to deliver a satellite into orbit on its rocket. Since late last year, two other startups have attempted to launch satellites but have failed. The satellite’s launch aboard a Long March 3B rocket from the Xichang Satellite Launch Center on Monday went as planned, the reports say. However ,the satellite began to malfunction after separation from the upper stage.
Click to expand...

Satellite malfunction is common They have onboard testing and diagnostic tool that can pinpoint the failure.
Then remedy and software correction patch can be uploaded
They are working on it as of now
You must log in or register to reply here.