As USA 270 closed in on Shiyan-12-01 and Shiyan-12-02, the Chinese inspection satellites took off in opposite directions with Shiyan 12 02 moving into position to get a sunlit view of the U.S. surveillance satellite. Shiyan-12-02 positioned itself between the sun and USA 270 providing a perfect imaging opportunity of USA 270.

I have been following the progress of the missile profile for the sample return for a while now:

The accuracy of the whole Chang'e 5 mission bodes well for hypersonic and ballistic missiles. They got some good modelling going on there. The hypersonic programs I think have paved the way instead of the other way around. We're talking re-entry back into the atmosphere and controlling the...
www.sinodefenceforum.com

High-resolution Mars surface images taken by Tianwen-1. Here's Tianwens camera module: It is said that the resolution of high-res camera carried on Tianwen-1 is 0.7 meter per pixel, if that‘s true, it can track the rover on Mars surface, probably
www.sinodefenceforum.com

I doubt the power of a commercial jet engine is enough even for a second stage rocket. How about the weight of the equipment needed to extract atmospheric oxygen? That's the beauty of hypersonic flight, When you start to travel more than 1km per second the shockwaves generated by inlet is...
www.sinodefenceforum.com

Since the start I figured CNSA was in with a chance to get that first beating NASA and looks like it's shaping up to be that way.

Doctor Sun demonstrated the upcoming Mars Surface Sampling and Returning Plan of China in the lecture.

The Mars Lander-Ascender Complex will be launched, as Plan Fall, in December 2028, and descend onto Mars surface in September 2029, or as Plan Spring, launched in May 2028 and descend in April 2030 onto the Mars.

Then the Complex will release the Rover. The Rover will explore the Mars like the Tinwen Mars Rover and take Martian soil and rock samples back to the Ascender module.

The Mars Orbiter-Returner Complex will be launched in November 2028 and inject to the LMO in May 2030.

Then the Mars Orbiter-Returner Complex depart and the Returner go back to the Earth and reentry in July 2031 while the Orbiter stayed as a telecom relay and Mars surveillance satellite for the future Mars exploration.

The explorer is formed by two separate parts: the Mars Orbiter-Returner Complex
, and the Mars Lander-Ascender Complex.

The Mars Lander-Ascender Complex has three pars: a Lander, a Mars Rover, and an Ascender.

Both complexes will be launched by one CZ series rocket(CZ-5 as for planned now).

A full flowchart of the plan.

Challenge 1: Autonomous rendezvous and docking at the Mars orbit without GPS and other measurement support.

Challenge 2: Sampling on the Mars surface. There will be surface soil sampling, drilling sampling and multi-point mobile sampling for the job. Small dog-shaped robot will be released to take samples.

Challenge 3: Ascending from the Mars. A 4.5km/h delta-v will be needed to ascend from the Mars surface. And lacking of the Martian atmospheric data will also be a great challenge.
Last edited: Jun 20, 2022

Registered Member
No, Correction to the correction...

Image taken by an amateur astronomer. 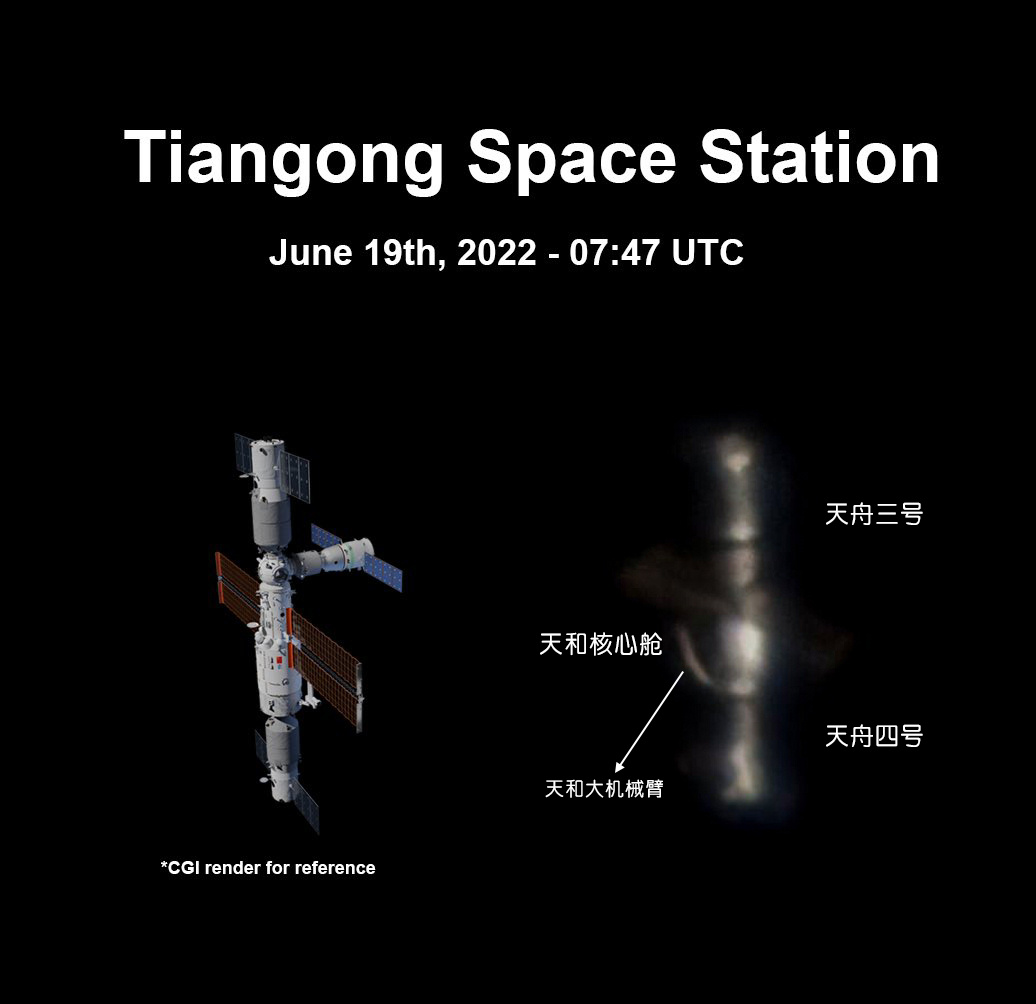 Presentation slides on a study into low metabolic states of humans. This has relevance for interplanetary travel. A google translation is provided for the summary text.

The China Astronaut Research and Training Center conducted a study on space low metabolism regulation technology. Through the 10-day and 21-day complete fasting experiments, it was found that the human body can fully tolerate the 21-day water fasting, and the resting energy metabolism consumption of the human body can be reduced by up to 53%, thereby enabling the body to reach a new metabolic steady state. , which shows that the human body has the potential to enter a dormant state. The relevant research conclusions are as follows:
1) Dormancy and fasting are the most potential and achievable hypometabolism regulation techniques. All of them can effectively reduce metabolism and energy consumption, and also have the potential to combat aerospace medical problems caused by long-term space flight, but the molecular mechanism of the induction, maintenance and protection of physiological hypometabolism by dormancy is still urgently needed to be elucidated.
2) After breakthroughs in the theory and technology of natural and safe dormancy induction, dormancy can be used for longer-term (months to years) manned deep space exploration and interstellar voyage missions. Based on dormancy-derived hypothermia therapy, its safety, metabolic consumption changes, and nutritional supplementation regimens in normal humans need to be evaluated.
3) Short-term fasting is an ideal choice to deal with emergency situations of food shortages during space flight and extraterrestrial base operations; reasonable intermittent fasting is a low-metabolism mode for manned deep space exploration that can be practically applied at this stage and in the future; supplemented by psychological The regulated fasting and hypometabolism regulation technology needs to be improved in terms of the efficiency of inducing hypometabolism, but its safety is higher and can be applied to emergency situations of food shortage in manned space flight, and extraterrestrial survival bases such as the moon (several days to several months), improve the efficiency of food use. 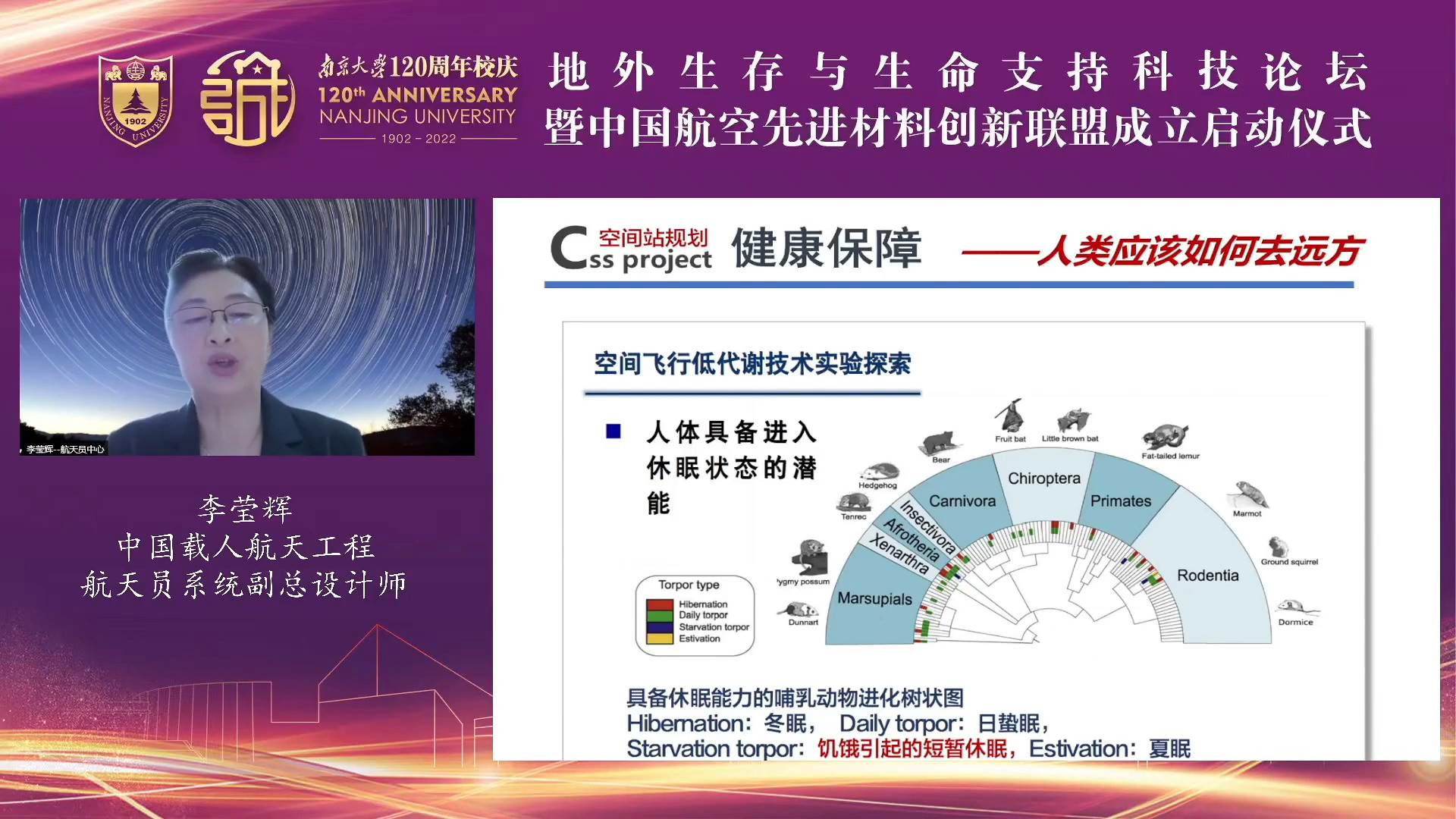 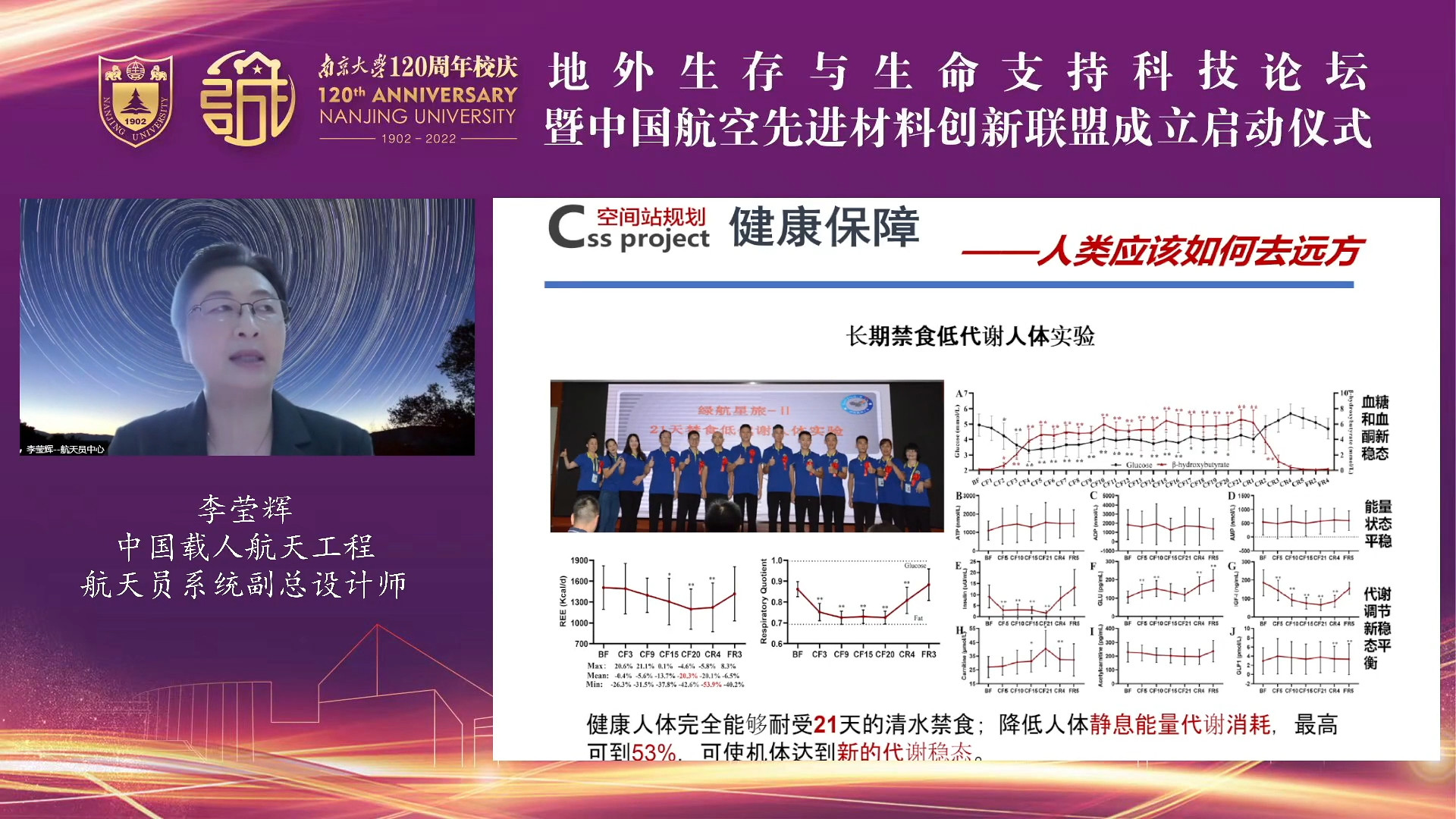 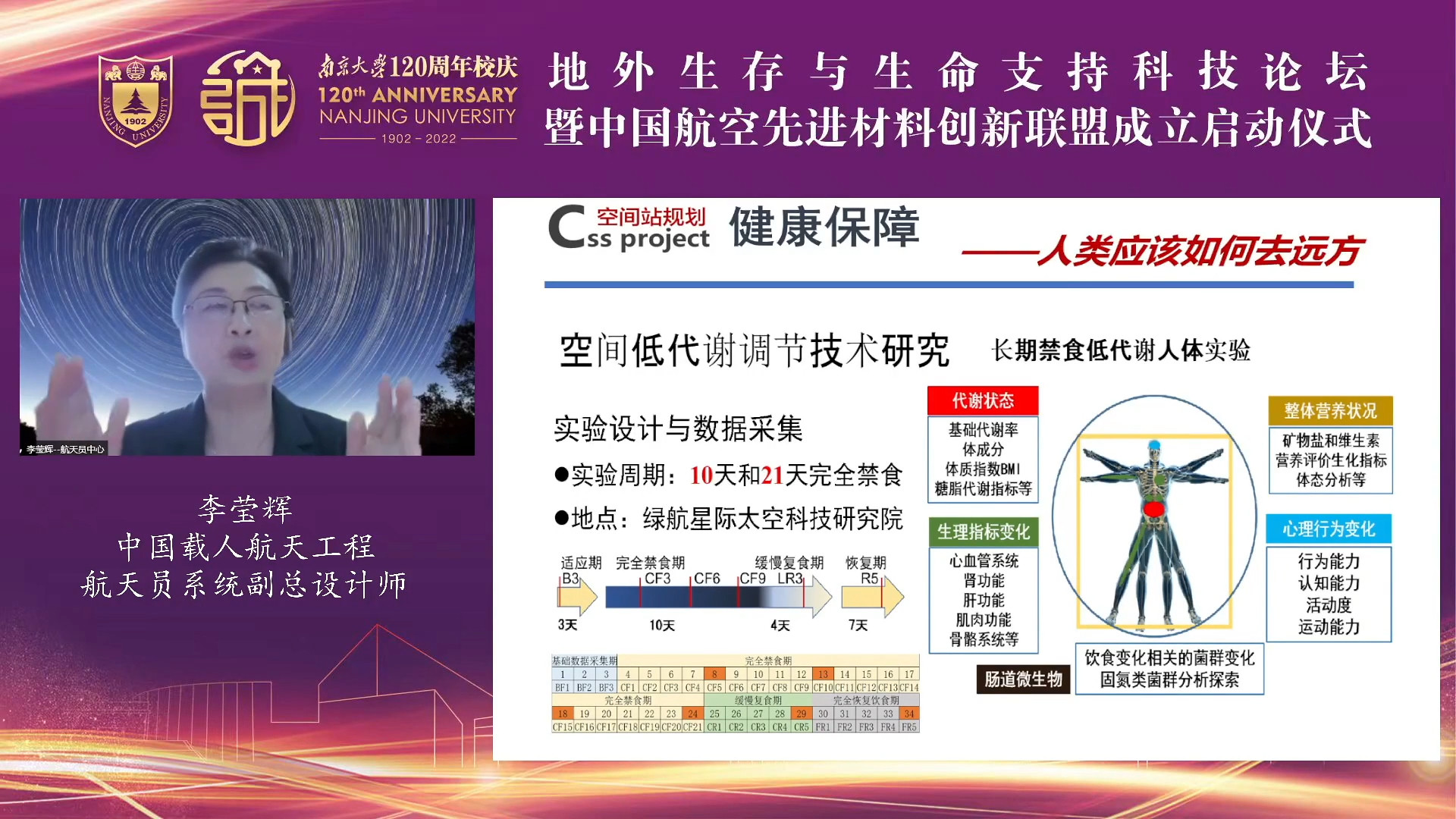 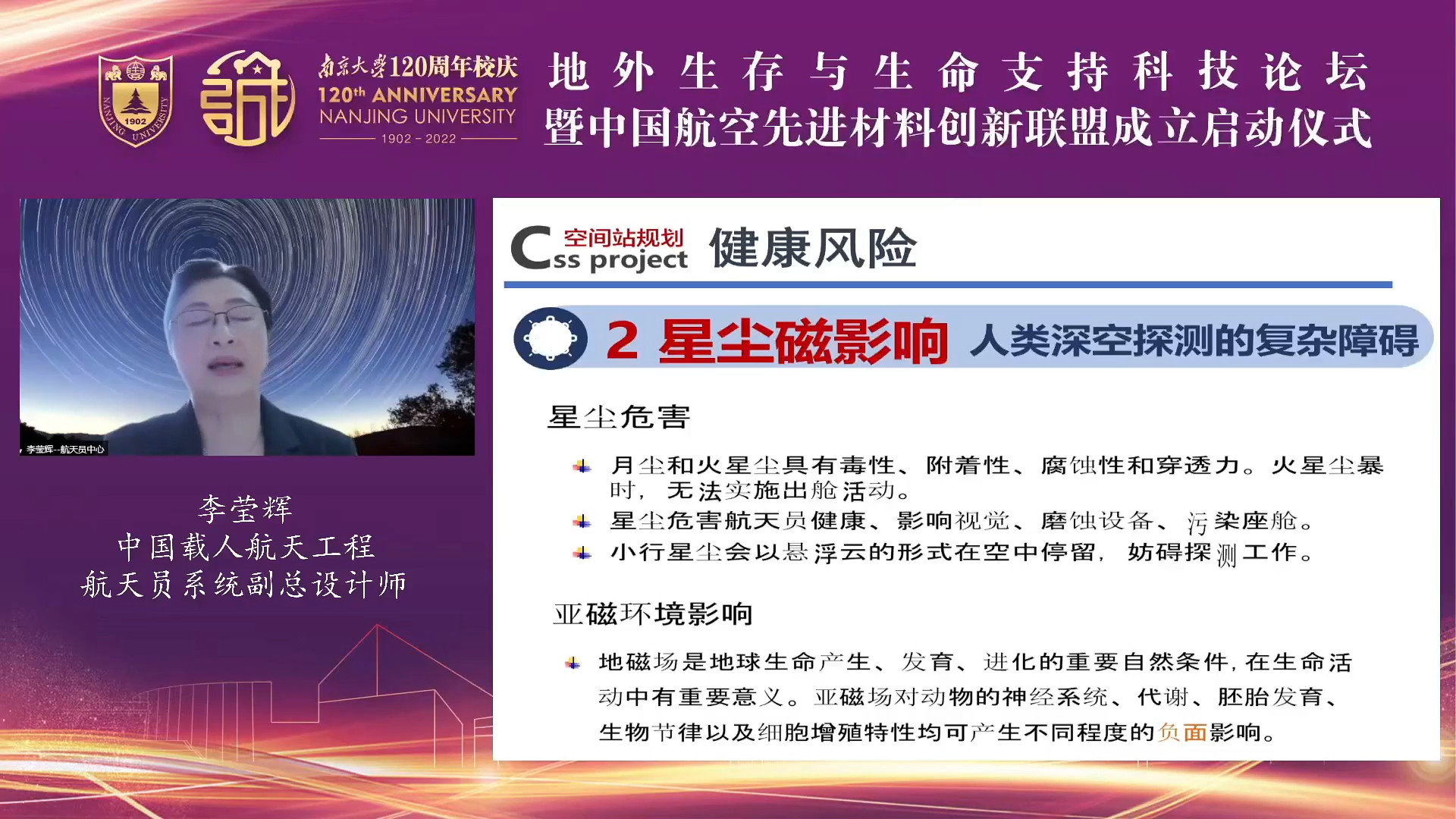 Some presentation slides on the Tianwen-2 astroid sample return mission. 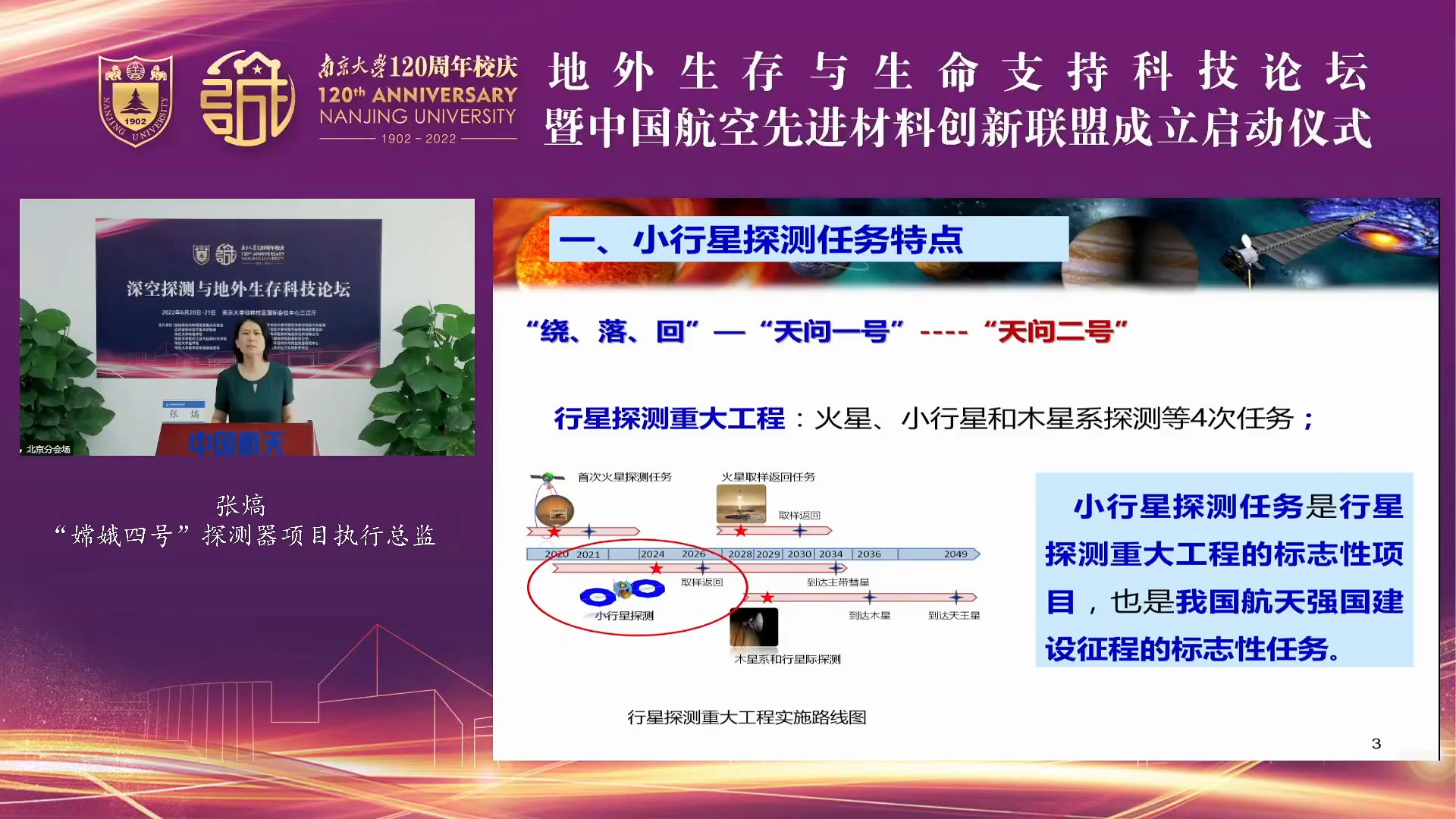 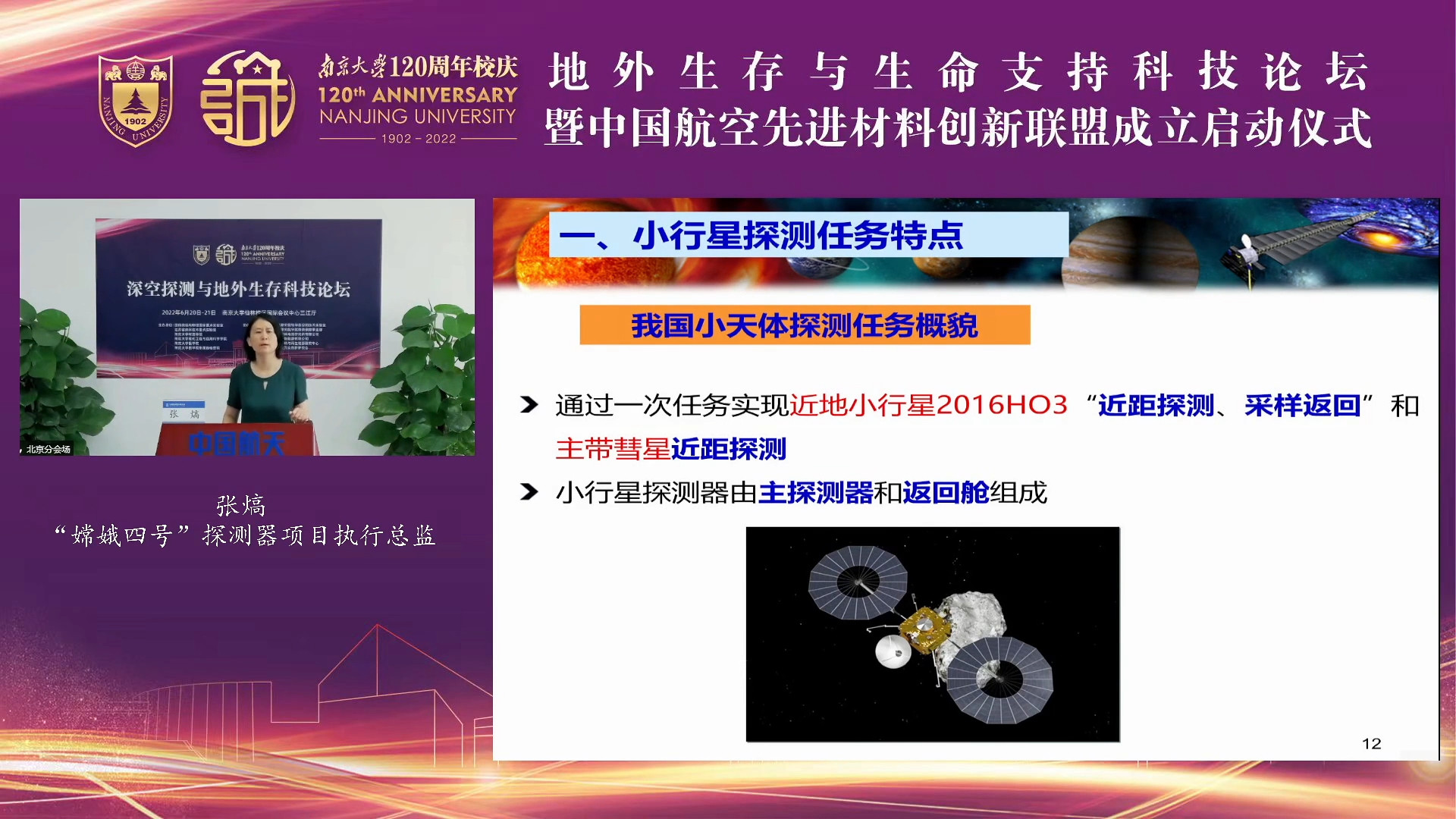 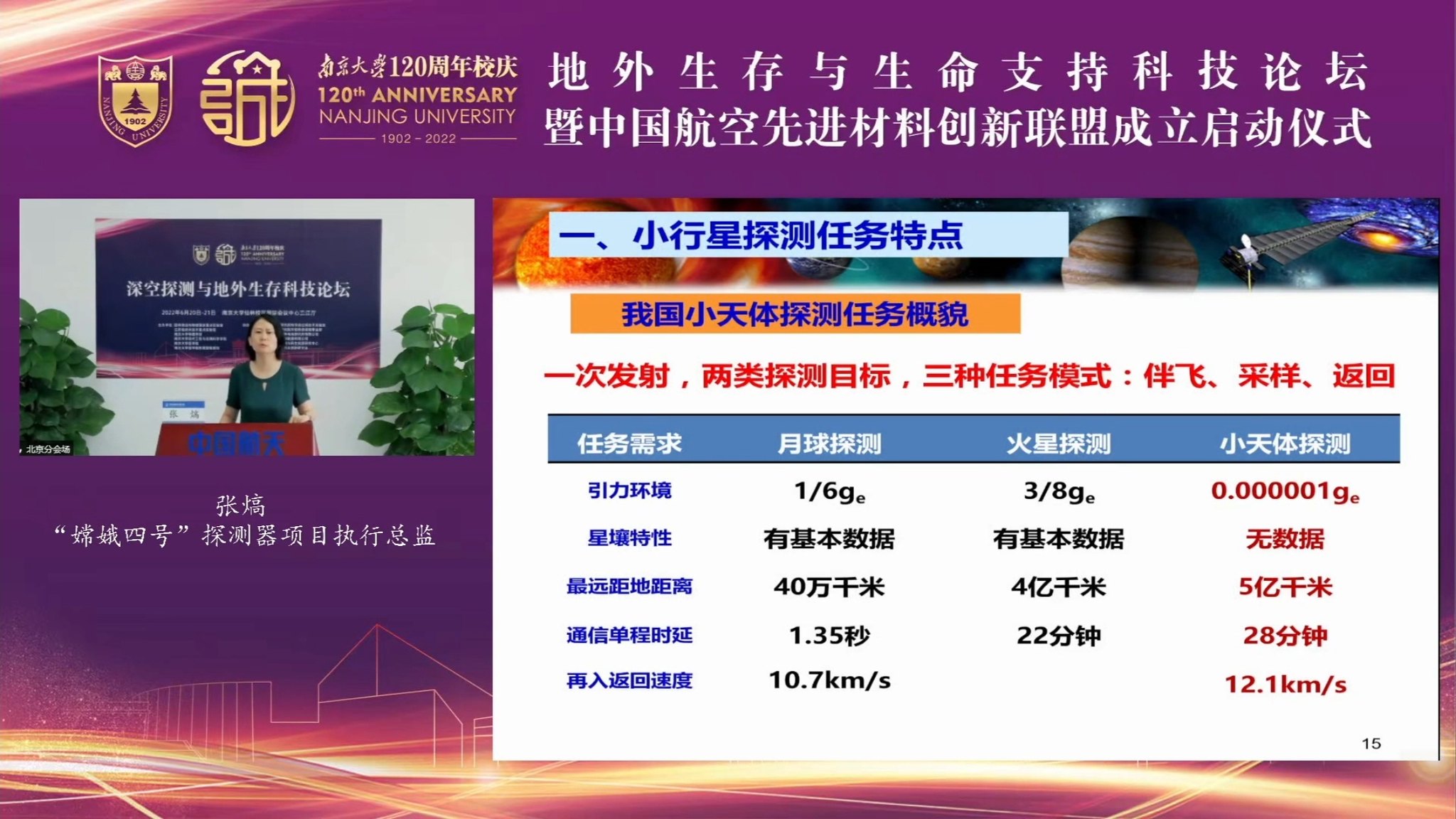 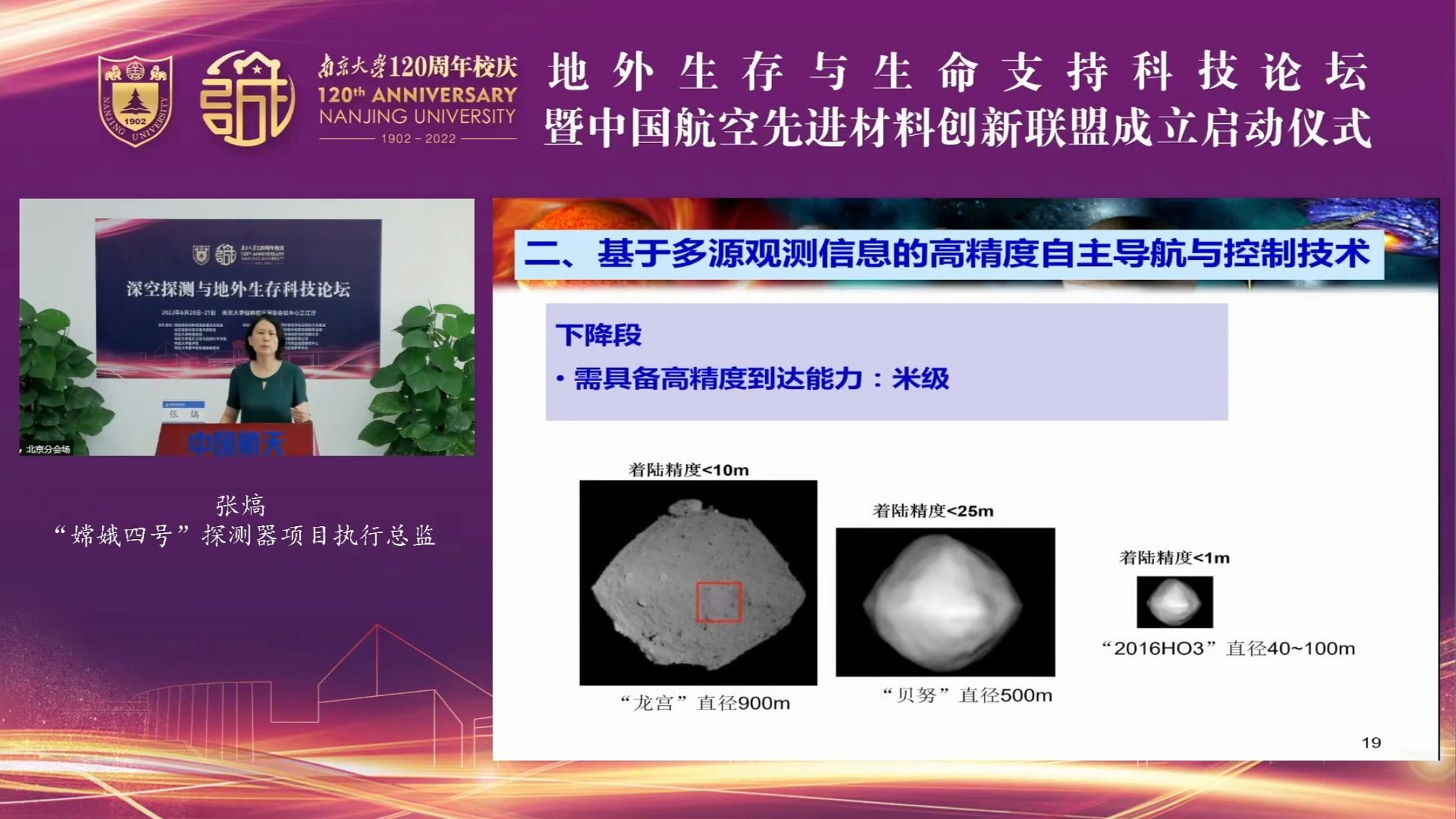 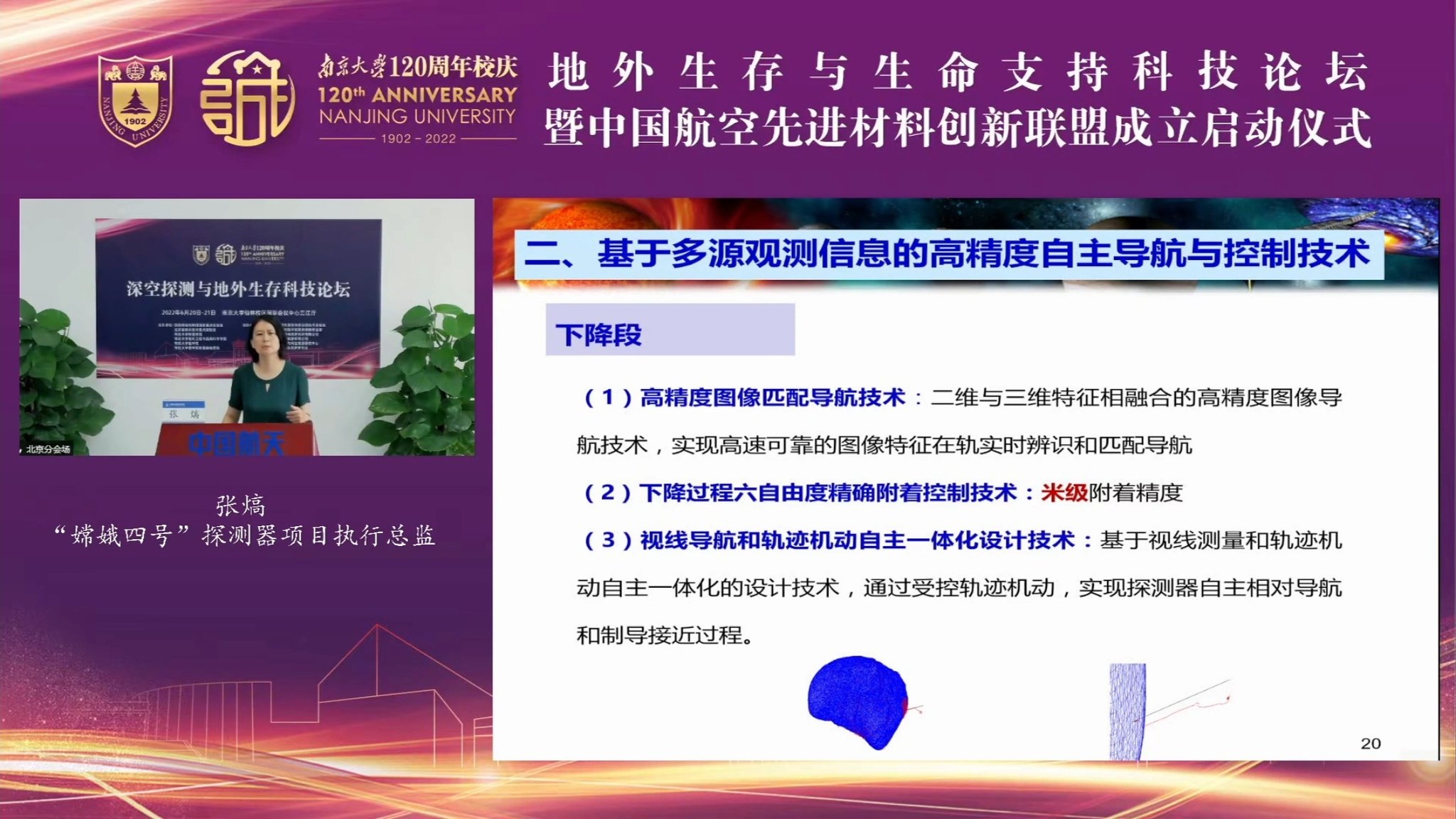 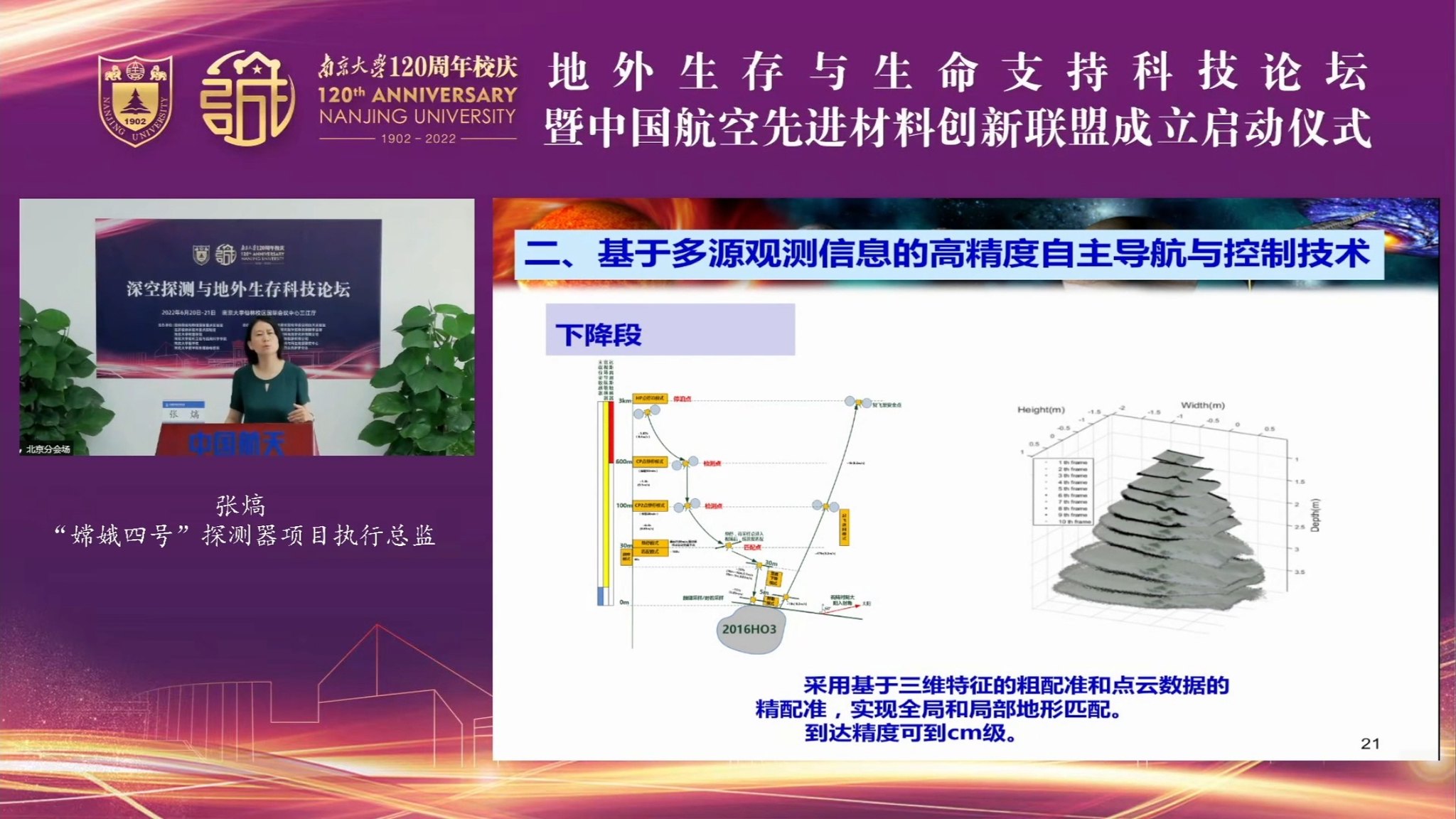 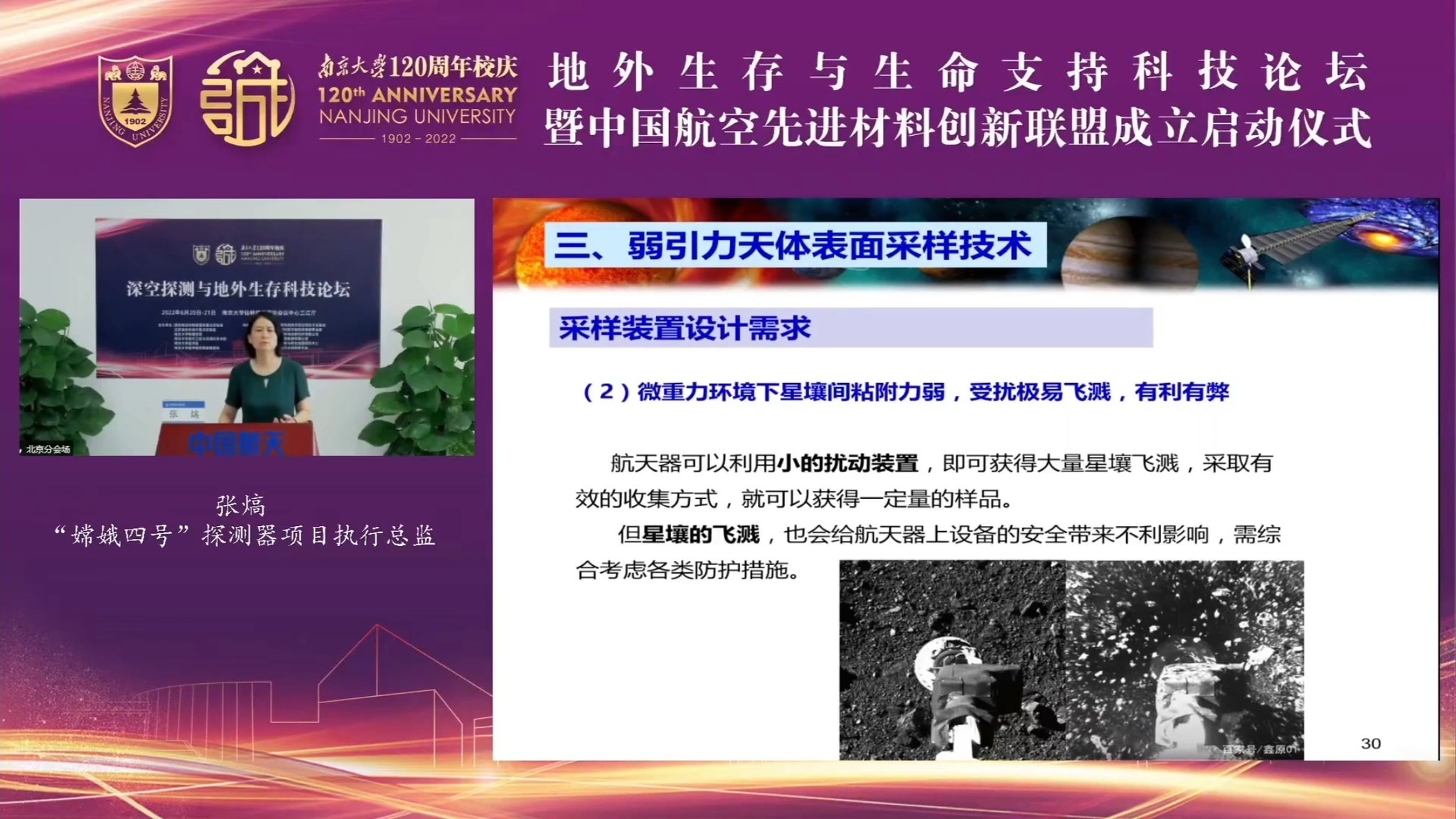 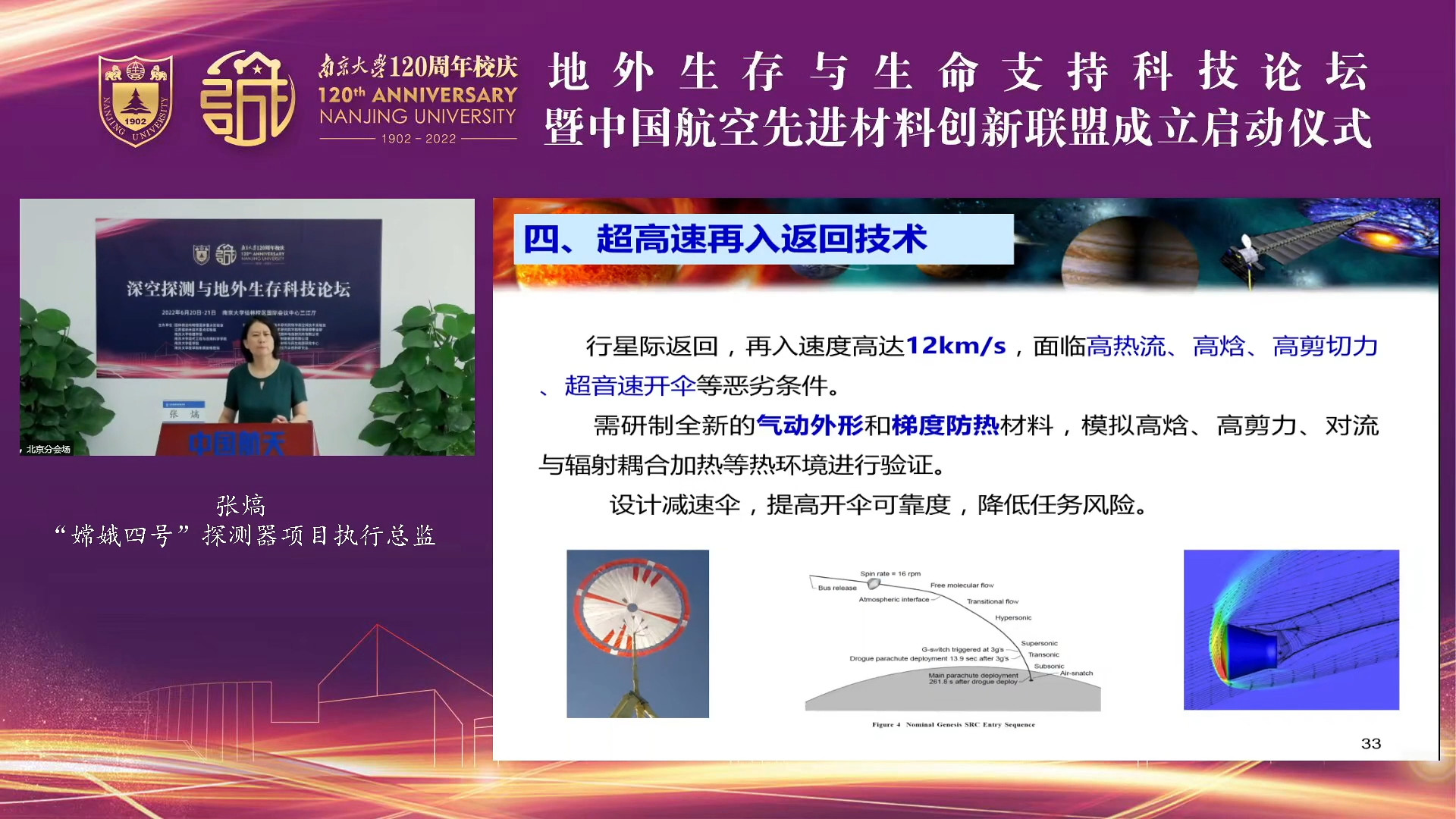 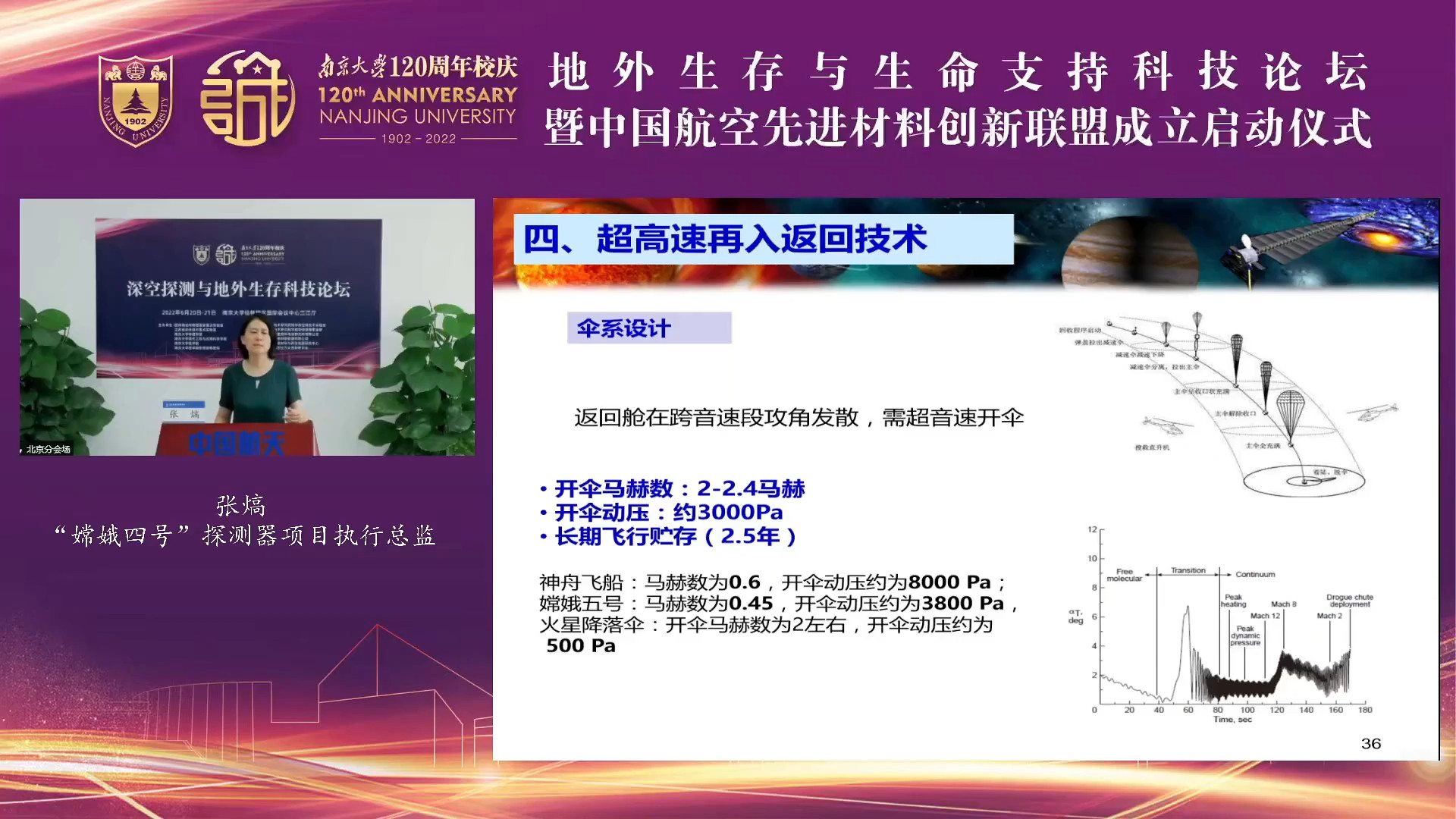