siegecrossbow said:
Please, Log in or Register to view URLs content!
Guys on CD thinks that they are using a new variant of WS-10 (WS-10IPE) on J-11BG. This is probably the same version of engine used on the new batch of J-20.
Click to expand...

Indeed ... but the one in the J-20 looks again different and not only due to the serrated feathers.

J-16s in night exercise. All images are high-resolution. 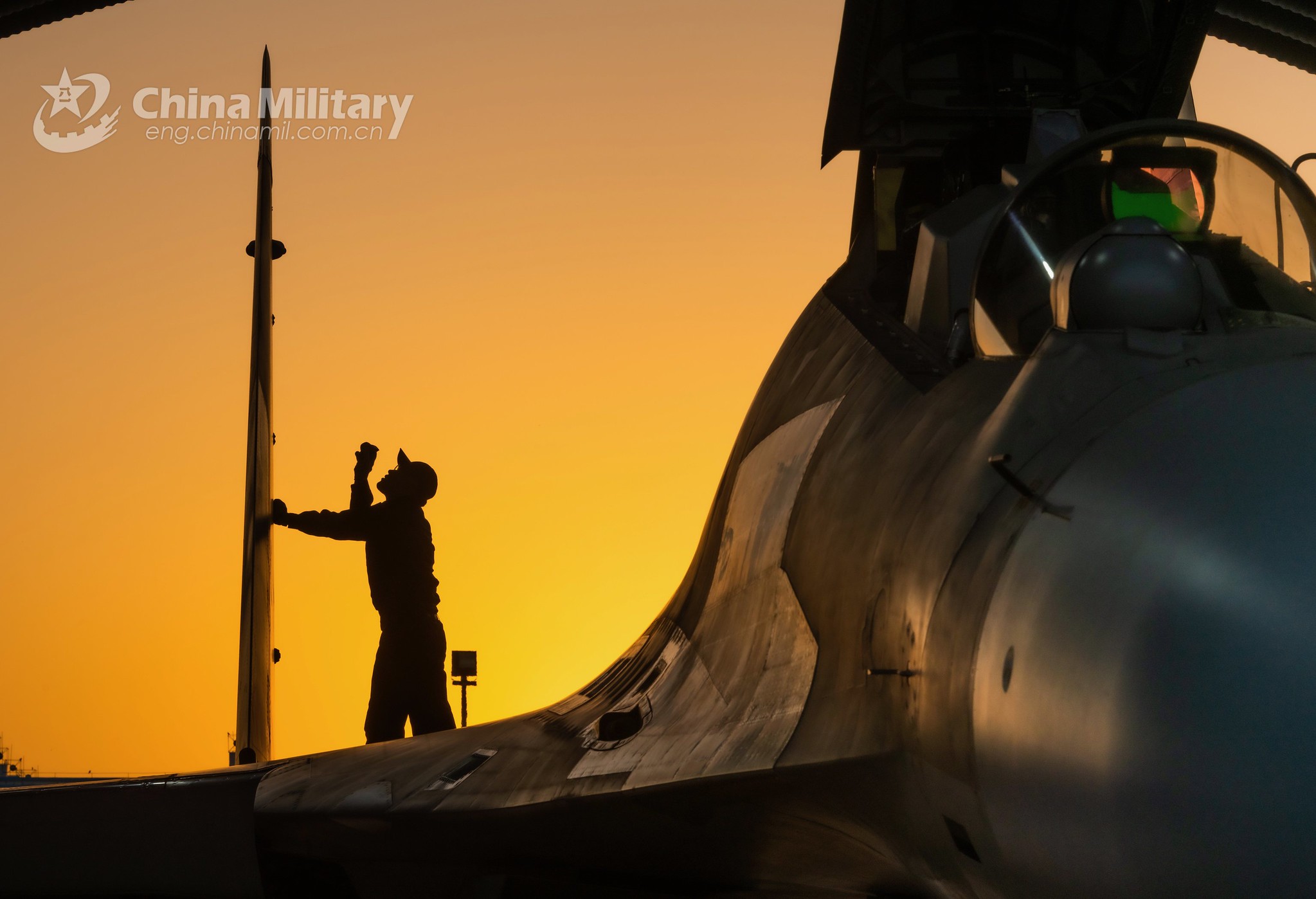 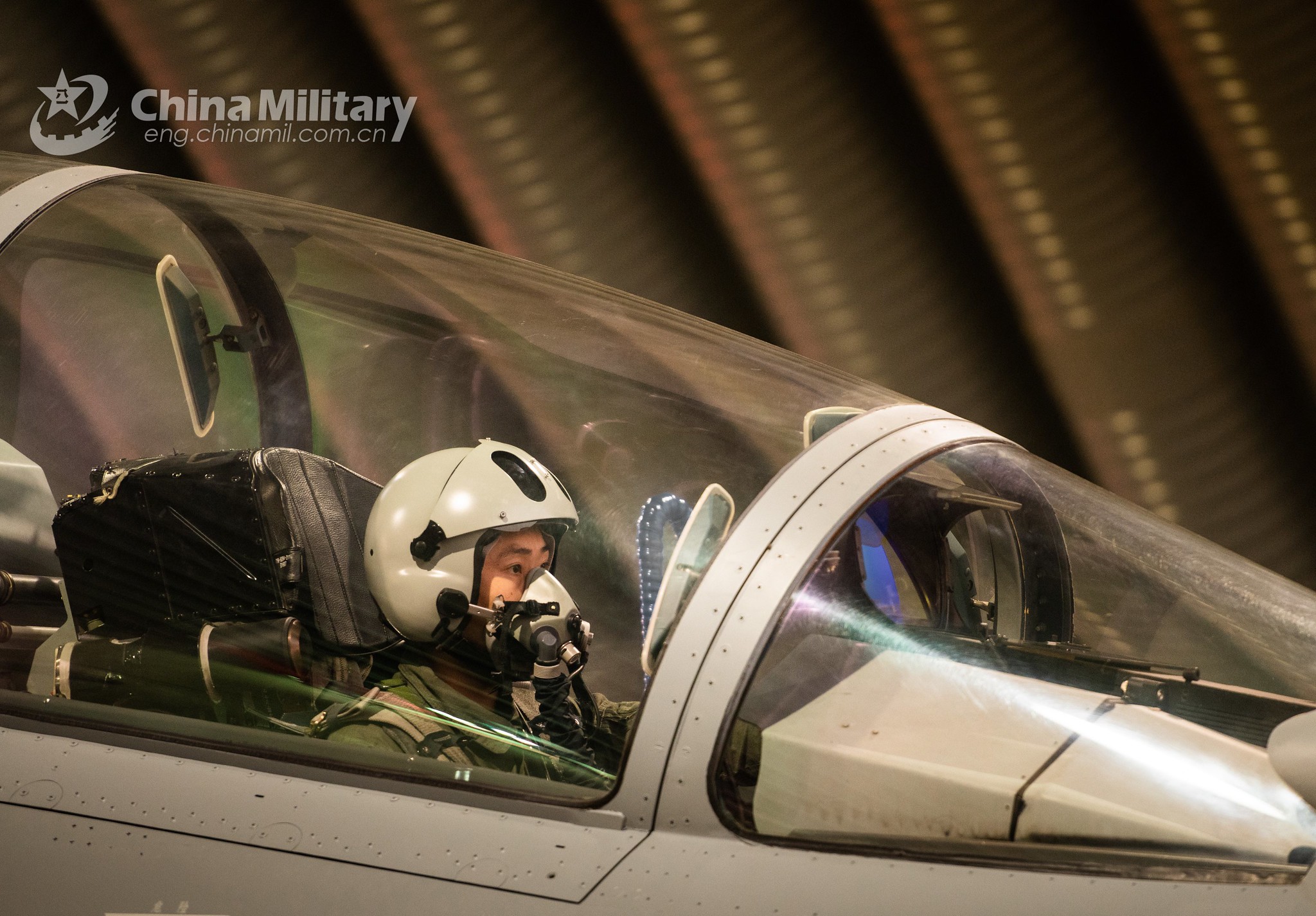 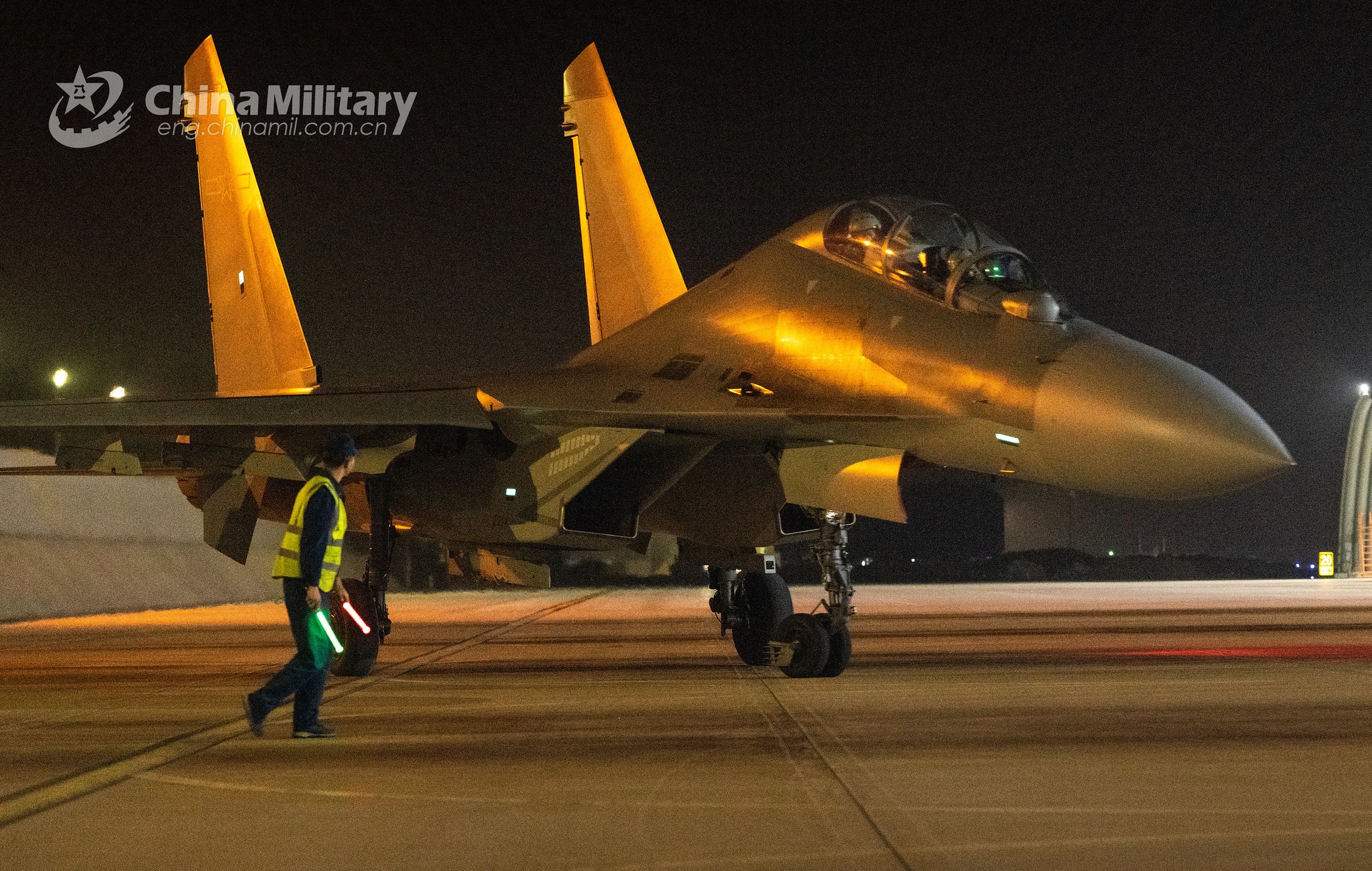 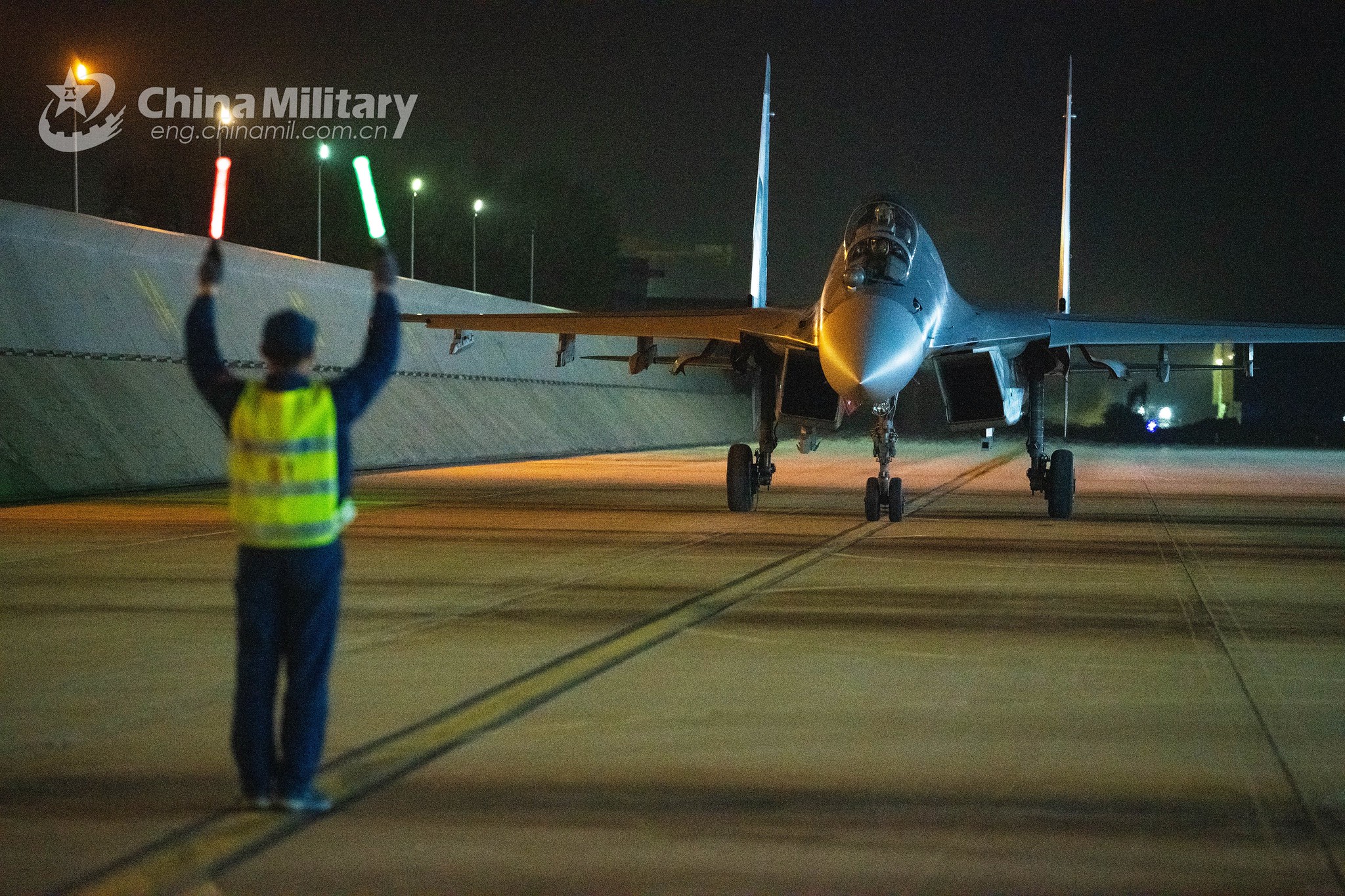 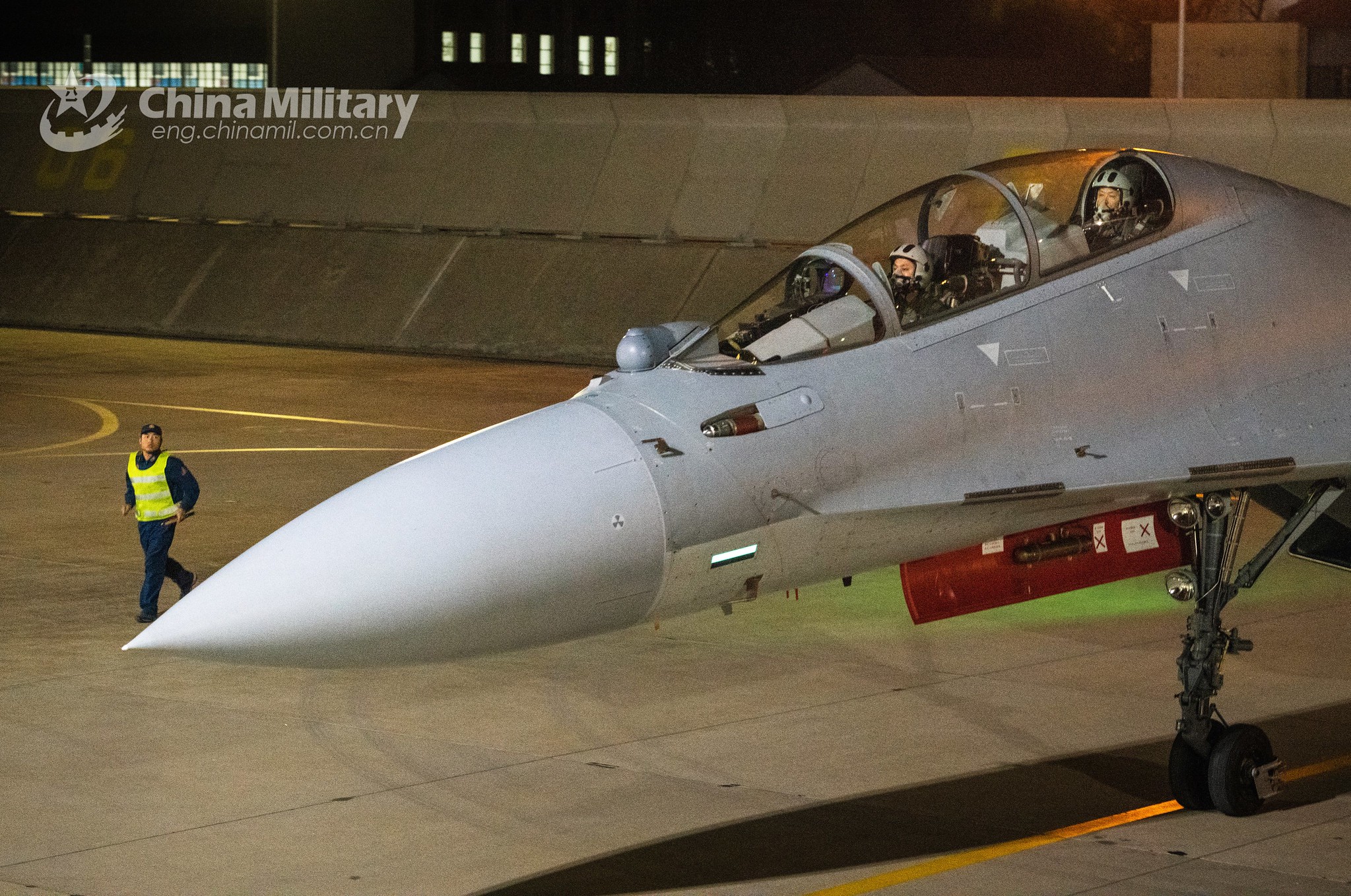 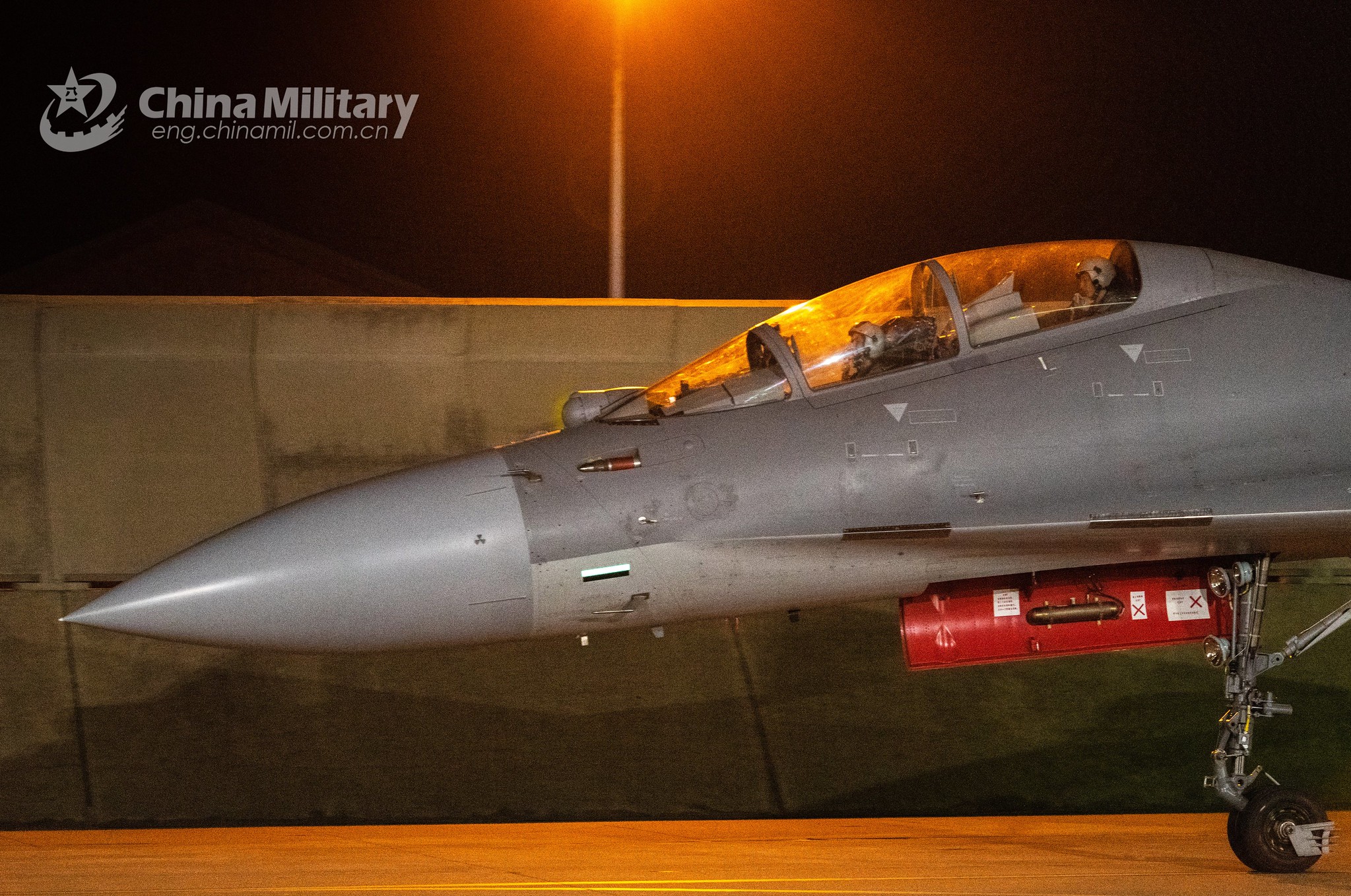 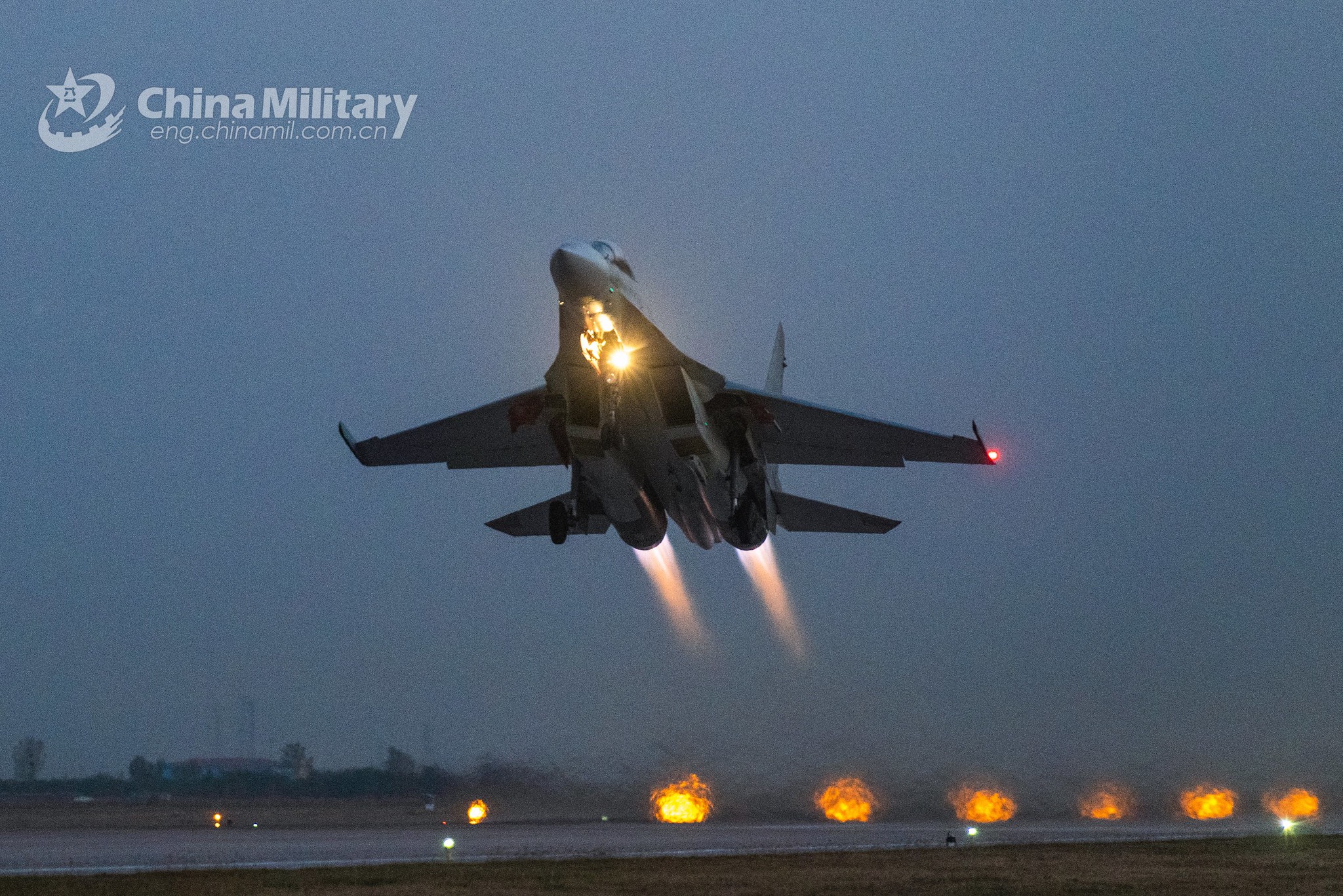 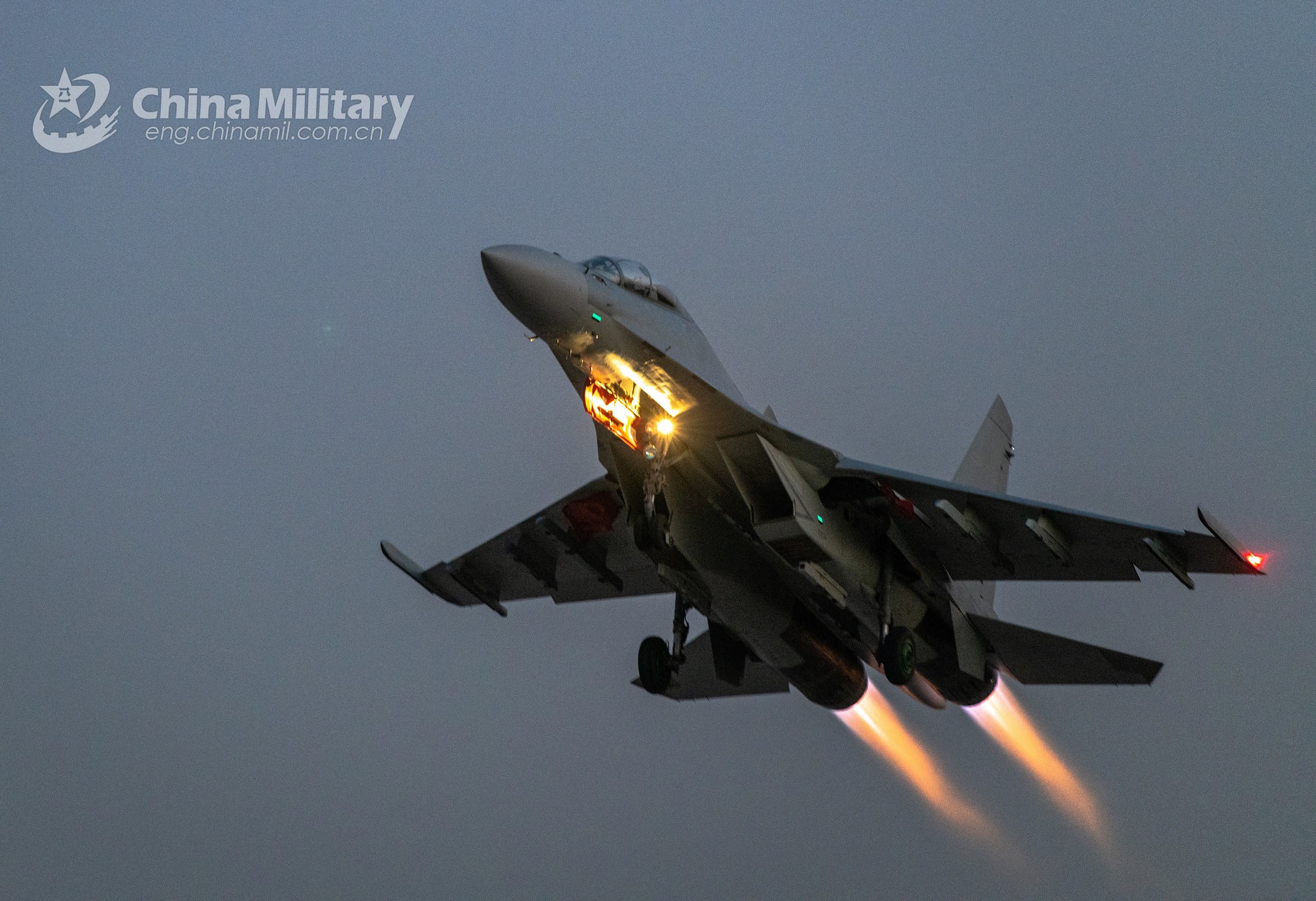 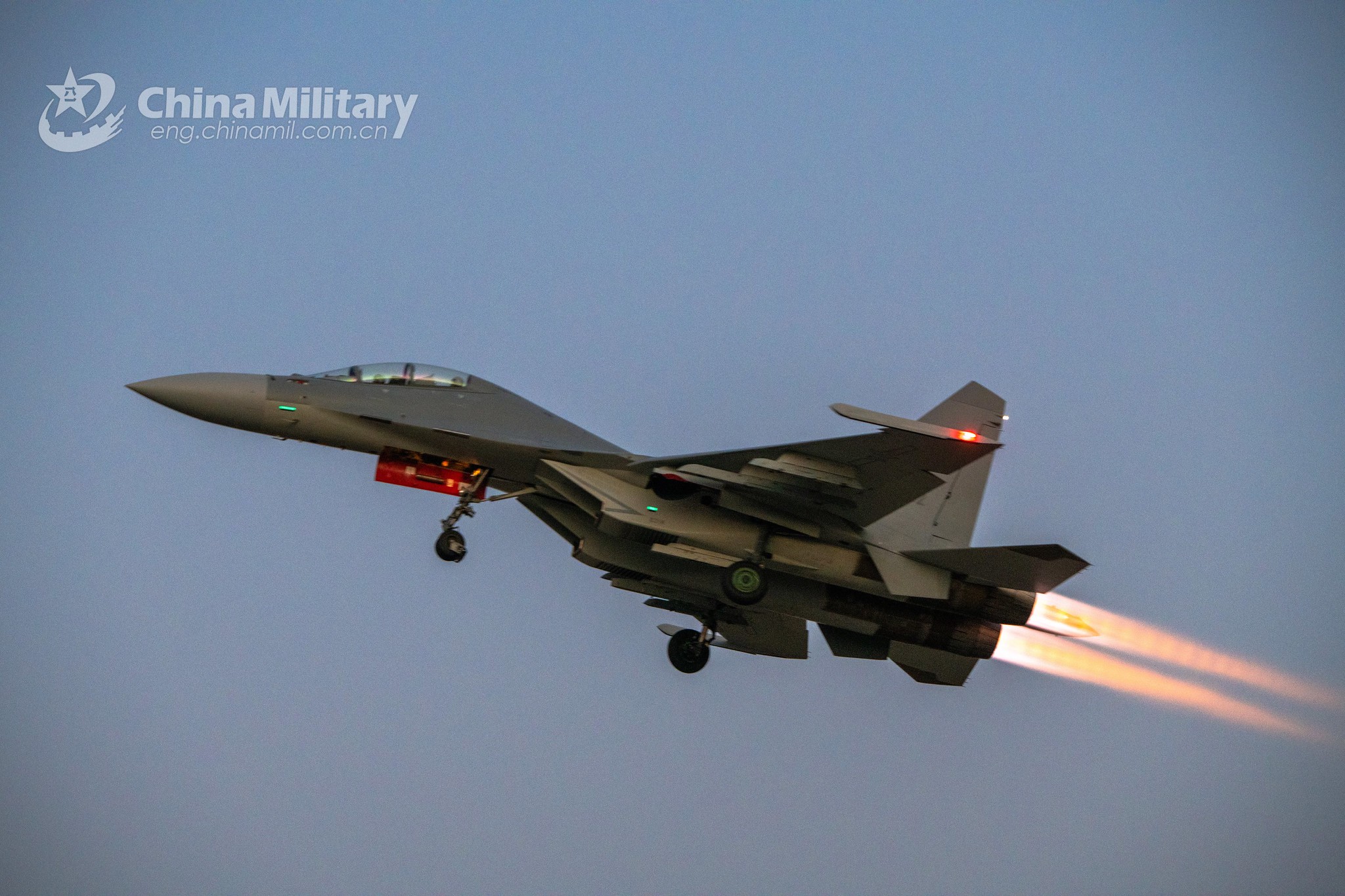 The Falcon-II (鹰隼Ⅱ) infrared pod, designed primarily for low-altitude high-speed navigation. In the second image, you can see the pod hanging on the bottom of the intake. 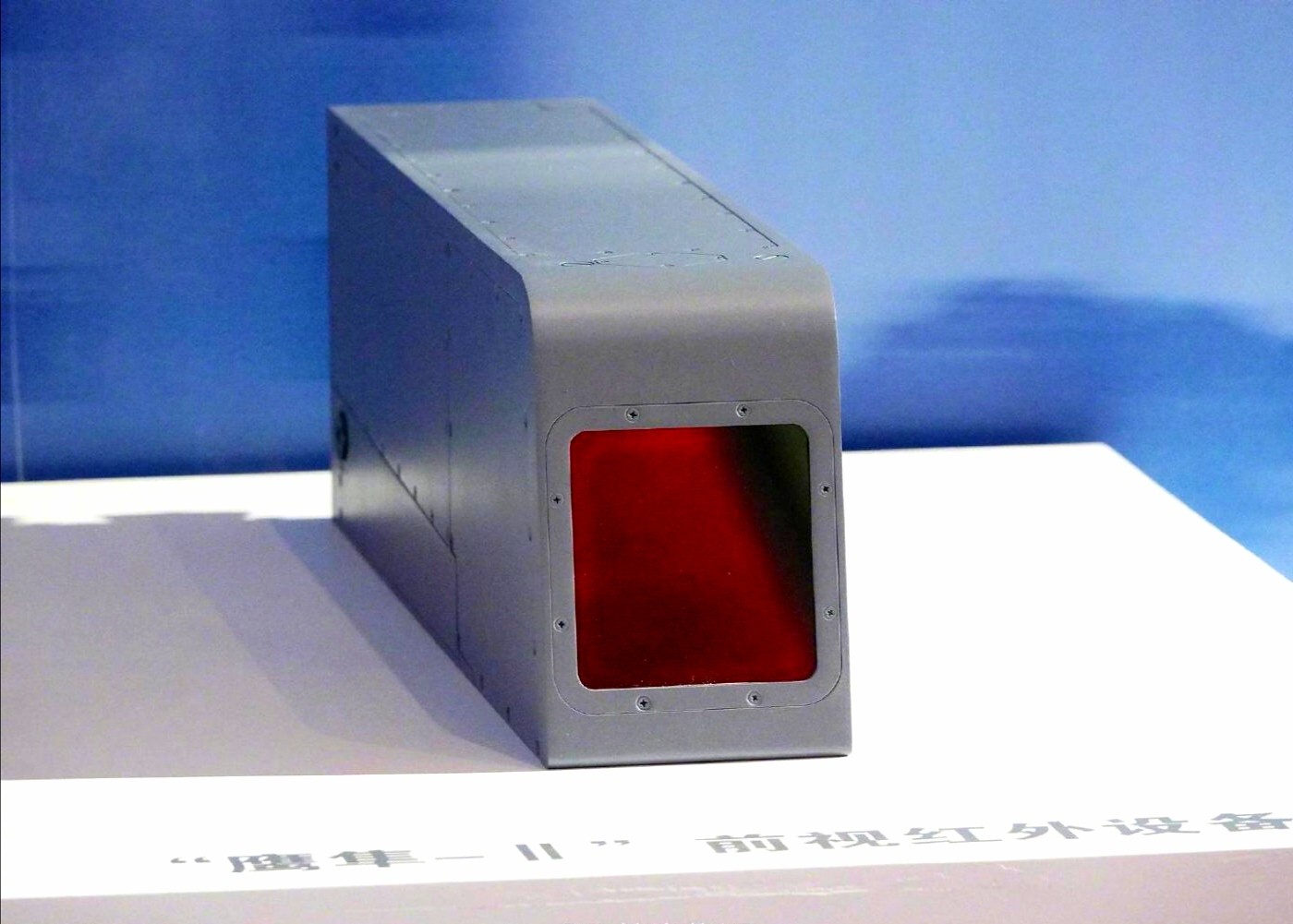 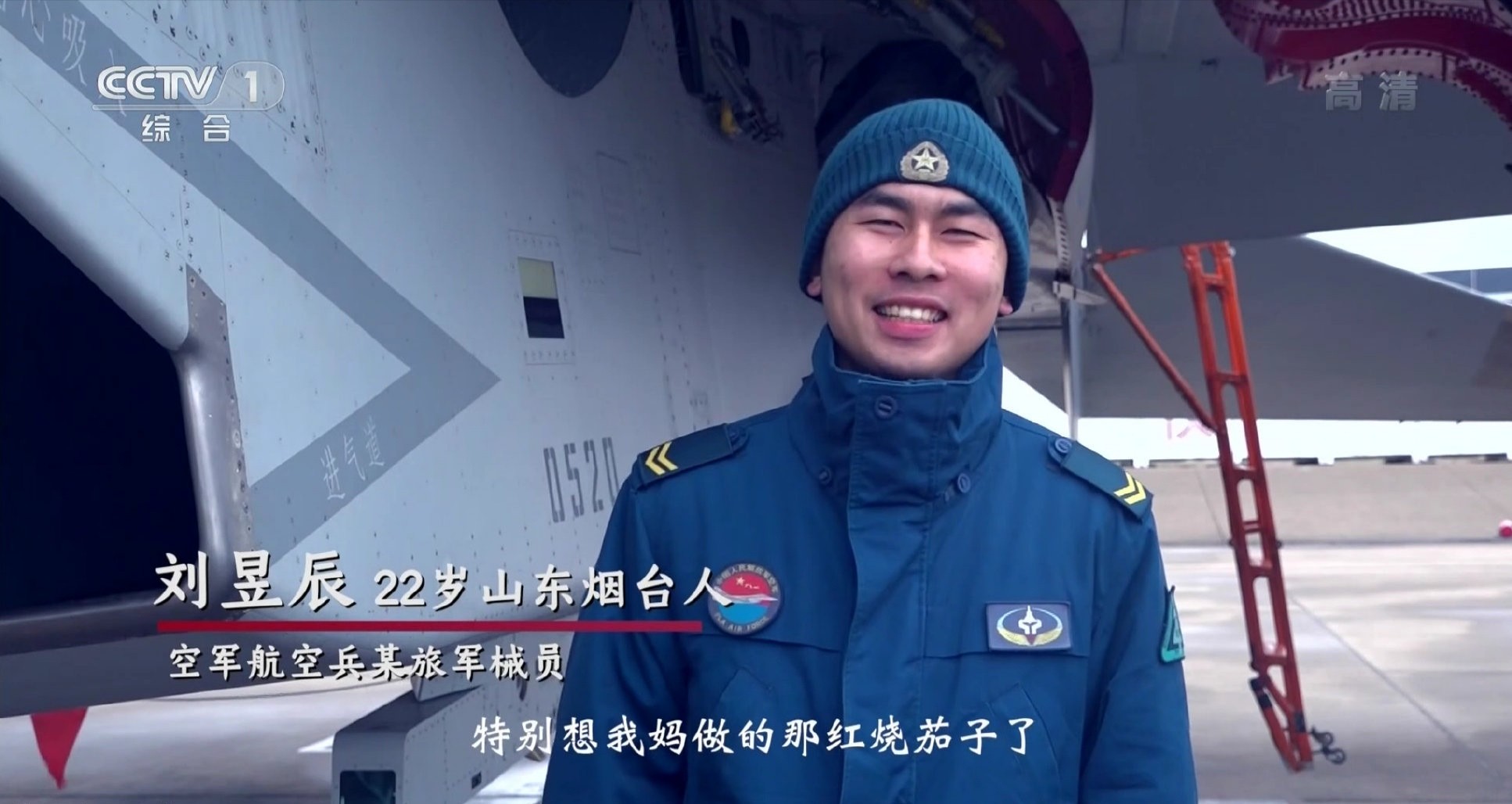 
Please, Log in or Register to view URLs content!
-- the actual content is taken from his wechat account, but a copy is also on Mil Sina and the URL is less obnoxious than the wechat link, so I'll just use the mil sina link. As always, mil sina is an aggregator site, and it's full of rubbish, and being able to ID the useful posts is important. In this case, Yankee most certainly sits up there.

I'm not going to post a direct machine translation because it's cancer, but I'll translate some salient points.

- Emphasis on a comprehensive capability upgrade in terms of avionics, but also an upgrade that doesn't take massive amounts of time and requiring massive overhaul resources
- Basically all but confirms that J-11B with grey radomes are using AESA
- Talks about how J-11Bs using the "PL-8" pylon should still be able to accommodate PL-10s (as J-10As that use pylons which fire PL-8s can also accommodate PL-10s)
- Talks about importance of EW, raises topics of the J-11B carrying large EW pods as reference
- Basically alludes that the upgraded J-11Bs intending to be PL-15 compatible (not a surprise)
- References some debate over the presence of the pitot tube on the upgraded J-11Bs with white radomes making people wonder if it could be an AESA, and Yankee directly mentions how ROCAF's upgraded F-16Vs also retain the pitot tube and also has AESA as well. (I think I myself raised this point half a year back or so)


A few unanswered questions of my own which others might be interested in;
- Will the upgraded J-11BGs be capable of strike as well? Even having the ability to carry current and future stand off range A2G missiles would provide quite a boost in strike capable capacity, fleet wise. Obviously the aircraft won't enjoy a structural rework to make it more strike oriented like J-16, but even with current airframe, the inboard and ventral pylons should be able to carry some rather large loads, it should just be a matter of avionics compability.
- Specifics regarding any datalink improvement -- obviously this is quite sensitive, and the degree of datalinking and CeC that is available/will be available is quite consequential. I can't imagine such an upgrade wouldn't improve the aircraft's datalinking capability tbh. Of course, it's not like we know the specifics of datalinking capability of other contemporary PLA aircraft either way so it's a bit moot
- Same as the above but re internal EW improvements if any.
- Any cockpit upgrade? J-11B's cockpit isn't bad, with four MFDs it's respectable for an aircraft that entered service in the mid/late 2000s, but a massive large MFD replacing it all or a large MFD on one side might have some benefits
- Speed of upgrade. Yankee seems pretty convinced this upgrade will be rolled out to all J-11Bs (including BS, BH, BSH). Obviously the extent of this upgrade (new radar, new weapons, likely new avionics, potentially new EW and maybe new cockpit) would make the aircraft relevant for many years to come and keep it very competitive in the region against other 4+ generation fighters, but it's unclear how fast it will be rolled out. E.g.: all J-11B family aircraft getting upgraded by late 2020s vs mid 2020s is very different.

All in all it seems similar to the F-15EX/CX, but if the US had a much younger fleet of F-15 airframes making it worthwhile to upgrade them rather than buying a bunch of new factory fresh airframes.
One might suggest that this upgrade is not dissimilar to Japan's "Japan Super Interceptor" program for their F-15Js, but obviously the F-15Js are much more long in the tooth than the PLA's J-11Bs...
Last edited: Nov 5, 2020 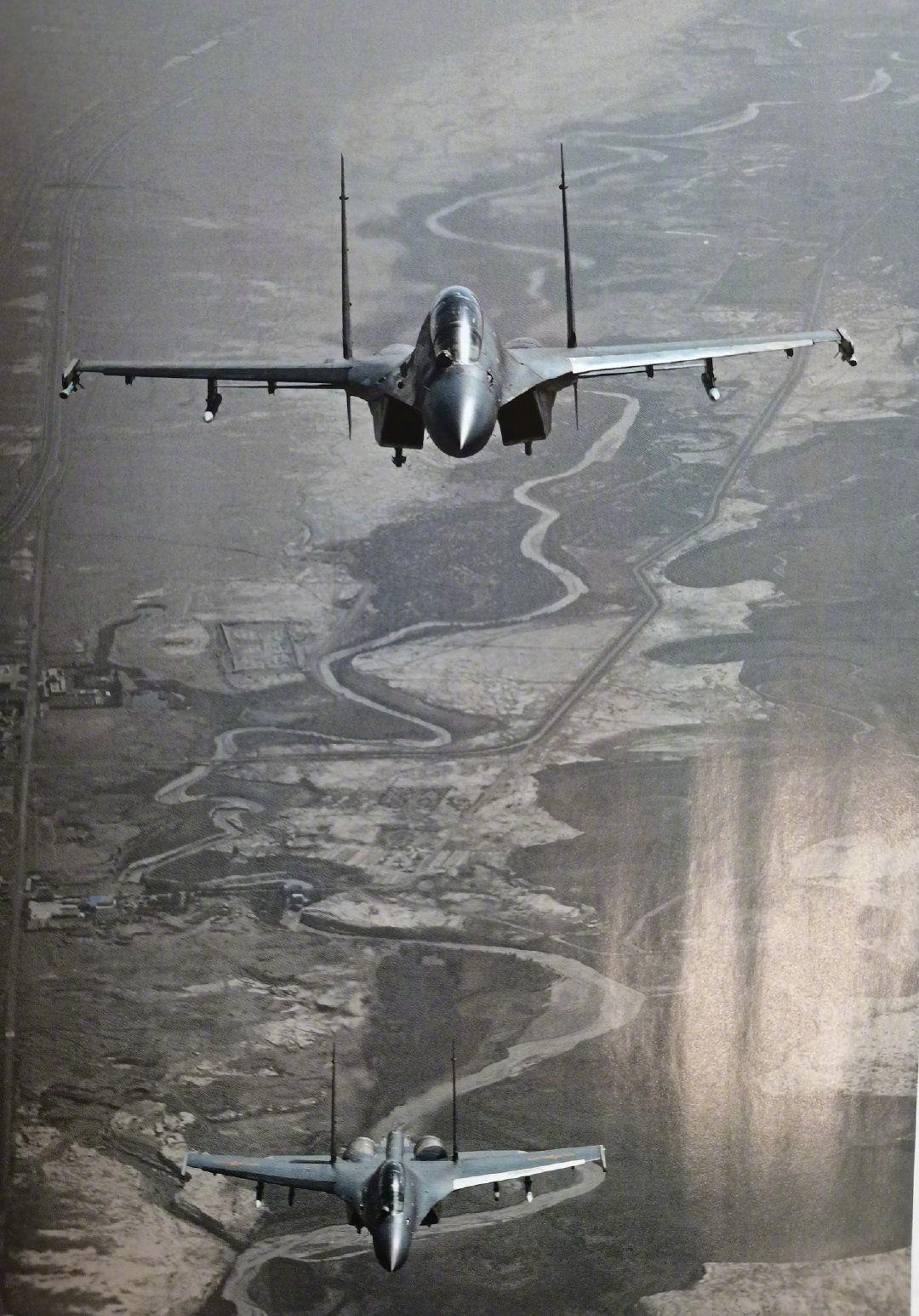 Registered Member
Are there any plans to upgrade the J-11A?
You must log in or register to reply here.