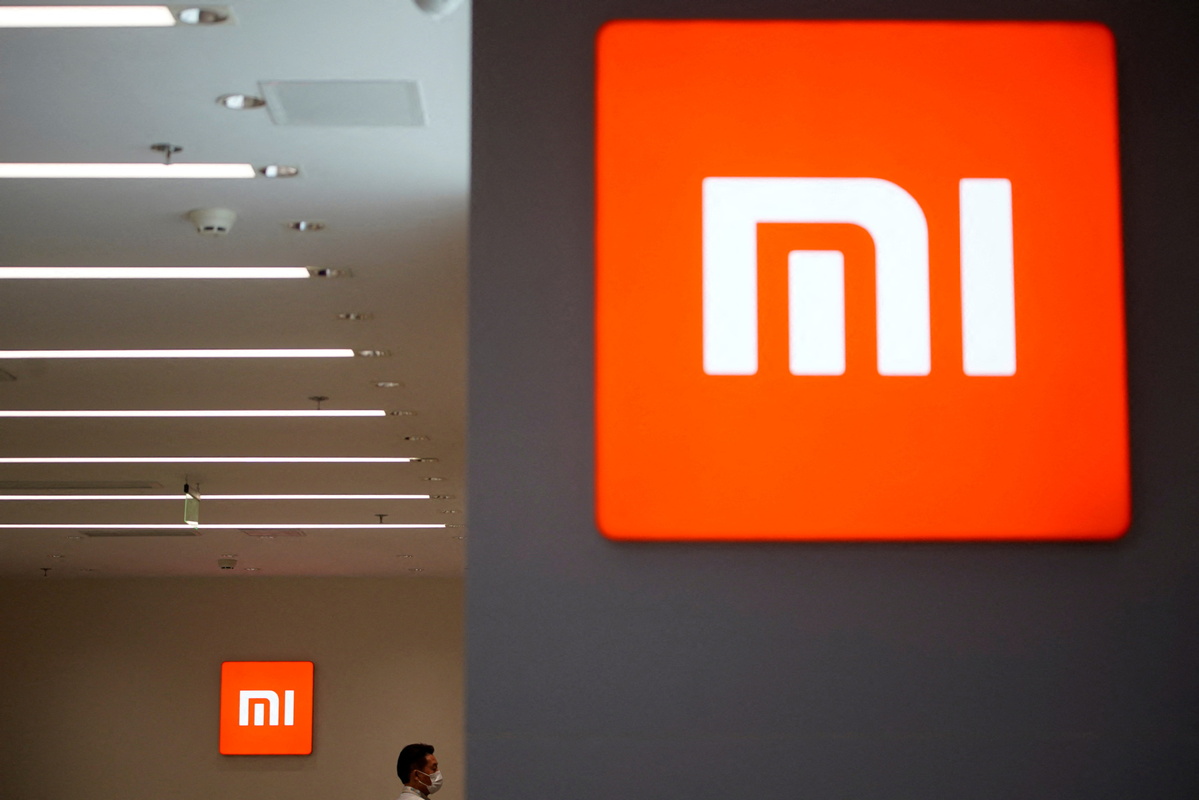 Chinese smartphone brands have been steadily winning over young Africans with feature-packed models that are also helping to spur the digital transformation of the continent.

With offerings aimed at the young, manufacturers such as Xiaomi, Huawei and Tecno have garnered plaudits for their models enabling high-definition videos and gaming while boasting quality speakers.

Ramadhan Hassan, the marketing manager at Xiaomi Kenya, said that since the company opened its first online store in Kenya in 2019, its products have taken root in the market.

By opening online and offline stores, the company has managed to increase the range of products it offers. Customers can now pick up TV boxes, smart switches, smart lights and a host of WiFi accessories, Hassan said.

Focusing on innovation to cater to the diverse needs of customers has driven the increased popularity of the brand to young people, he said.

The marketing manager said that in the past month alone, Xiaomi has released more models in the East African market, including 5G-enabled phones.

Some of the products, such as the Xiaomi 12 series, cater to the upper end of the market while others hold sway at the entry and midrange levels, Hassan said.

He also points out that the average selling price for Xiaomi phones is up to 75 percent cheaper than rivals' offerings.

Martin Githinji, who lives in the Kenyan capital Nairobi, said he likes Chinese technology products for their innovation and pricing.

"I use a lot of Chinese products. I have been for a very long time using Oppo phones. Right now I am switching to Tecno. I have experienced Huawei phones as well," Githinji told Xinhua News Agency.

Githinji, a 30-year-old digital content creator, said the entry of Chinese products has helped in his work.

Cavince Adhere, a Kenyan scholar of international relations, said the Chinese companies in Africa are making a headway because they appeal to trends followed by young people.

"Young Africans are hungry for technological connectivity and digital inclusion. Chinese companies like Huawei and Xiaomi have become major partners for Africa in modernizing infrastructure related to digital connectivity," he said.

Adhere said Chinese companies have been at the heart of Africa's technological advancement by constructing data centers, laying fiber optic cables and piloting 5G technologies. This is widely appreciated by young people in Africa who yearn for lower connectivity costs, he said.

Registered Member
Setting the record straight... the real debt trap is from the west. 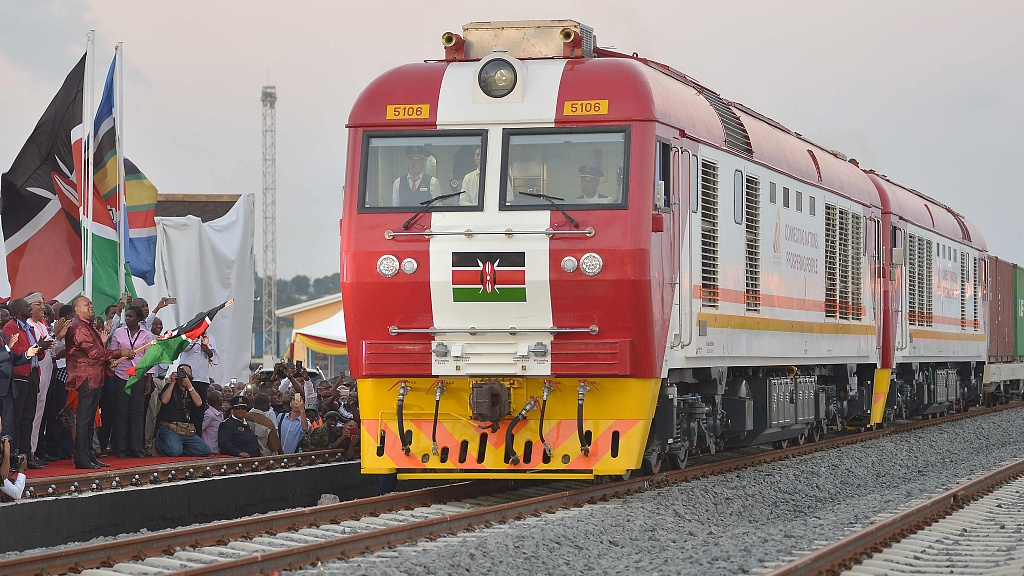 The Mombasa-Nairobi Standard Gauge Railway is launched in Kenya, May 30, 2017. /CFP

The Mombasa-Nairobi Standard Gauge Railway (SGR) built with Chinese technology and to Chinese standards has powered the economic growth of Kenya and even East Africa by creating jobs, enhancing trade and improving transportation since its launch five years ago.

Built by China Road and Bridge Corporation and officially opened to traffic in 2017, the 480-kilometer railway is Kenya's largest infrastructure project, connecting East Africa's largest port city of Mombasa and the country's capital city of Nairobi.

The railway has enhanced Kenya's trade with neighboring countries and offered an economic lifeline to member states of the East African Community, said Philip Jamuhuri Mainga, managing director of the state-owned Kenya Railways Corporation.
The port of Mombasa has 17 international shipping routes and does business with about 80 ports around the world, including neighboring countries.

The modern railway can haul about 40 percent of cargo from Mombasa to the hinterland, compared to merely 4 percent transported through the century-old meter gauge railway, according to James Siele, Kenya Railways' business, commercial and operations expert team leader.

"With the coming of the SGR, the cargo is delivered just in time either for production or for sale," said Siele, adding that businesses no longer have to invest in costly warehousing and insurance policies.

The SGR has also shortened the cargo transport time between Mombasa and Nairobi to eight hours from three days through a meter gauge railway, according to Siele. Meanwhile, it has cut logistical costs by 40 percent.

Siele said that some of the strategic sectors of the economy, including manufacturing, agriculture and tourism, have gained from SGR operations.
The project has led to the creation of more than 46,000 jobs in Kenya, with 90 percent of employees being locals. It also trained over 1,700 nationals in railway operations and maintenance to ensure the line's efficient, safe and smooth operation over the long run.
The railway takes a lot of people to Mombasa for business, work, and relaxation, and it has also contributed to Kenya's tourism sector, said Mainga, who added that it is expected to contribute 2 to 3 percent to Kenya's gross domestic product.
"So, when you see these, you see the Kenyan government and the Chinese government work together. We want to thank both governments for the support they have given us," he said.

The Mombasa-Nairobi railway is a benchmark for mutual benefit and win-win results between China and Kenya, China and Africa, and it is also the achievement of the joint construction of the Belt and Road, according to Chinese State Councilor and Foreign Minister Wang Yi.

In recent years, railways designed and built using Chinese technology and standard have been extended in Asia, Africa and Europe, bringing new impetus to the economic and social development of the countries along the route.

The Hungary-Serbia railway is a flagship cooperation project between China and Europe. In March, the Serbian section connecting Belgrade with Novi Sad was put into operation. The maximum speed of the train has been increased from 50 kilometers per hour to 200 kilometers, and the journey has been shortened from 90 minutes to 30 minutes, greatly improving transport efficiency.

The China-Laos railway, a flagship project between China and ASEAN, was designed according to the China Railway Class I standard. The transportation time from Kunming in southwest China's Yunnan Province to Laem Chabang Port in Thailand has been reduced by about a day, and transportation costs cut by over 20 percent.

VIP Professional
Registered Member
Please, Log in or Register to view URLs content!
This is really great. Talks about all the different African projects that China has been involved in and helping those countries.
You must log in or register to reply here.