Towards the end of the 1970s, Argentina's military dictatorship began the creation of a medium-range ballistic missile. In charge of the Air Force.

After the Malvinas War, the Air Force had the support of the government to continue the project, despite the lack of funds. However, England did not like anything that was being studied a missile that could reach the Falkland Islands. To USA It did not seem right that the region's arms balance might fall. Finally, Israel was concerned about the Arab side of the project: apparently the project was financed by the Saudis, so that the Egyptian government had a missile similar to the Argentine one. The Israelis were afraid that this technology could pass, in one way or another, to Iraq or any other enemy in the area. 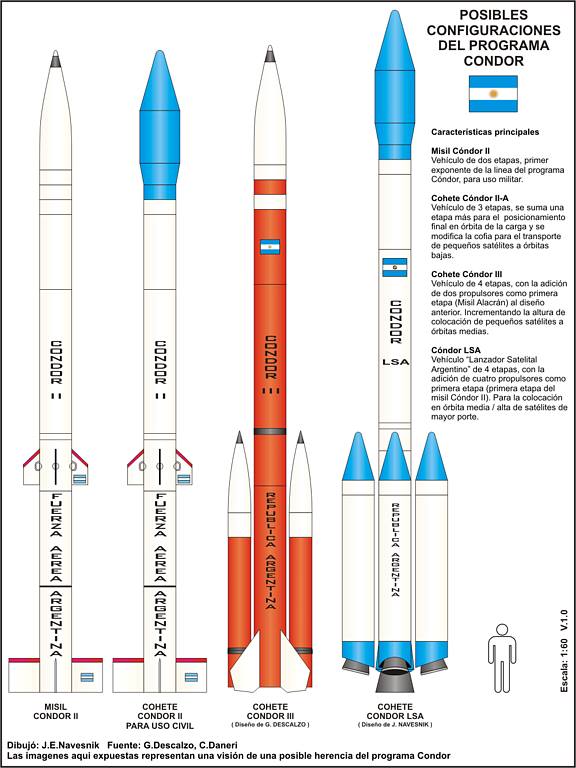 The project was really ambitious. The triangulations between companies of all kinds caused that all the necessary things arrived in Argentina. First and foremost was the technology to build solid fuel and the necessary engines. It also had to work hard on the technology of guidance, which was thanks to the great technical training of Argentine scientists. Missile tails apparently came from factories in Italy. The agreement with Egypt made Argentine military build a factory similar to Argentina, near Cairo.

With a wide reach, the Condor II is a solid fuel MRBM, capable of carrying a half-tonne warhead over 1,000 kilometers. The CEP is somewhat elevated, of 3 kilometers, which indicates that possibly was not finished elaborating the system of guidance. The construction of a nuclear warhead was under study, which Argentine scientists could easily have armed had it not been for the lack of adequate radioactive material. Even without this nuclear warhead, the low cost of the Argentine missile, compared to its competitors, would have made it a safe sale for Third World countries.

Apart from its potential war, in reality the project was born with the idea of being able to launch satellites without external help. The Condor II could put certain types of satellites in low orbit, and a later development could theoretically result in a vector suitable to raise larger charges at a greater height.

The result of the investigation was the Alacrán, an artillery missile with a range of 100 kilometers that is unique in Latin America, and many data that could be used in the future for new projects.

As if it were a mystery novel, there are still loose ends today, which may never be fully revealed. Apparently, disobeying government guidelines, two complete missiles are stored in a military base. The planes of the missile are missing and no one knows who has them, while Argentine scientists, military or civilians, have enough knowledge to theoretically continue the construction and development of the missile.

And recalling the "democratic" betrayal of President Menem, which deactivated its manufacture, we are sure that when there is a government that guarantees and enforces our sovereignty, Condor II will once again be part of the State's priorities within the framework of the necessary National Rule. 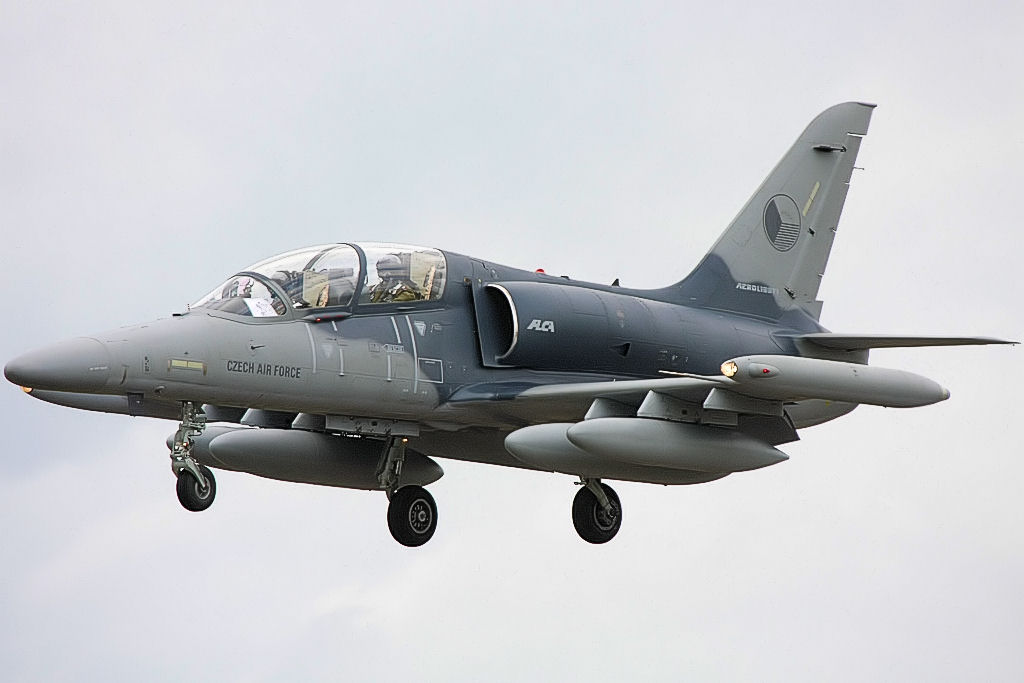 During the last week, a delegation from the Czech company Aero Vodochody in Buenos Aires presented an offer of L-159 ALCA (Advanced Light Combat Aircraft) aircraft to the Argentine authorities for the purpose of supplying fighter jets to the Air Force.


According to information the offer made by the Czech company has an option ranging from 24, 18 or 12 aircraft L-159 ALCA. Such an agreement would have funding provided by Italian banks.


According to information released by the CEO of Aero Vodochody, Giuseppe Giordio, in case Argentina has an interest in increasing the number of orders the company could open a production line on Argentine soil through Fábrica Argentina de Aviones SA (FadeA).

Deputy Minister of the Czech Republic, Jiri Havlícek, said that Argentina would be a new perspective for the L-159. "We are discussing with Argentina the possibility of supplying new L-159s with upgraded avionics systems, upgraded version of the Williams FJ-44 engine and new weapons capability." From the industrial point of view, we need to cooperate with FAdeA [Fabrica Argentina de Aircraft].

Aero Vodochody is also working on an upgraded version of the coach, termed the L-159T1 +, with new systems compatible with night vision goggles and, most importantly, a Grifo radar. The first aircraft was on display also, in first, with all the new systems on board.

The United States has authorised another 60 surplus US Army M109A5 155 mm self-propelled howitzers to the Brazilian Army through the excess defence articles (EDA) process.

A government-to-government letter of offer and acceptance (LOA) was signed on 28 June, the army told Jane’s on 17 July. The intention is to ship the vehicles in a single load to Brazil this year, the army said.

The howitzers are at the Sierra Army Depot at Herlong, California. A joint visual inspection to select the vehicles was done in December 2016.

The fleet is to be shipped to Paranaguá at the Brazilian Army’s expense then be transported by road to Regional Park Maintenance in Curitiba, where the vehicles will be refurbished, painted, and equipped with Brazilian systems such as the Harris Falcon III tactical radio and Thales SOTAS IP intercom