gelgoog said:
Also, they had prior experience with European fenestron tail helicopters so they simply built on that.
Click to expand...

Z10 has a conventional tail. You are thinking of z19
D

Registered Member
some recent high resolution pics.. a swamp of WZ-10 attack helicopters attached to an army aviation brigade under the PLA 76th Group Army fly in tactical formation over the Kunlun Mountains for a live-fire training exercise in west China’s plateau area in early July, 2019.. A Z-10 attack helicopter attached to an army aviation brigade under the PLA 80th Group Army hovers at low altitude for last-minute checks during the flight training on November 21, 2017. Photo: eng.chinamil.com.cn

China recently mastered a new fatigue-resistant technology for helicopter rotors, which could greatly expand the helicopters' capability and service time, a development which military experts said on Tuesday could be of strategic value to China's domestic helicopter industry as the technology could be used on China's future heavy-lift transport helicopters and attack helicopters.

During the development of an unidentified helicopter, engineers at Changhe Aircraft Industry (Group) Corporation Ltd under the state-owned Aviation Industry of China (AVIC) found that the newly designed rotor using a titanium alloy failed to pass fatigue tests, China Aviation News, a newspaper affiliated with AVIC, reported on Tuesday.

The company, cooperating with scientific research teams at Xi'an-based Northwestern Polytechnical University and the All-Russian Scientific Research Institute of Aviation Materials, then developed a new technique that helps reduce wear and tear on components, doubling their service time, the report said.

The anti-fatigue feature is important because rotor fatigue is not always noticeable, causing unforeseen dangers, the report said.

Wei Dongxu, a Beijing-based military analyst, told the Global Times that a fatigue-resistant rotor could also allow a helicopter to work under higher stress, including maintaining high speeds for extended periods or lifting heavier cargo for longer distances.

A titanium alloy is a strong metal and, together with the new technique, could make helicopters more reliable in difficult environmental conditions, including at sea and in the desert, analysts said.

The breakthrough took three years of research and is of important strategic value to China's domestic helicopter industry, the China Aviation News report said, noting that China had grappled with the key issues to independently make fatigue-resistant rotor wing components.

The new rotor could be used on China's future heavy-lift transport helicopters and attack helicopters, which need to perform extreme maneuvers in combat, Wei said.

AVIC has developed military helicopters, including the Z-8 transport helicopter and Z-10 attack helicopter, and is currently developing a 40-ton class heavy helicopter with Russia, according to media reports.

The heavy helicopter, dubbed Advanced Heavy Lift, would have a weight-lift capability of 15 tons, a range of 630 kilometers and a top speed of 300 kilometers an hour, RT reported. 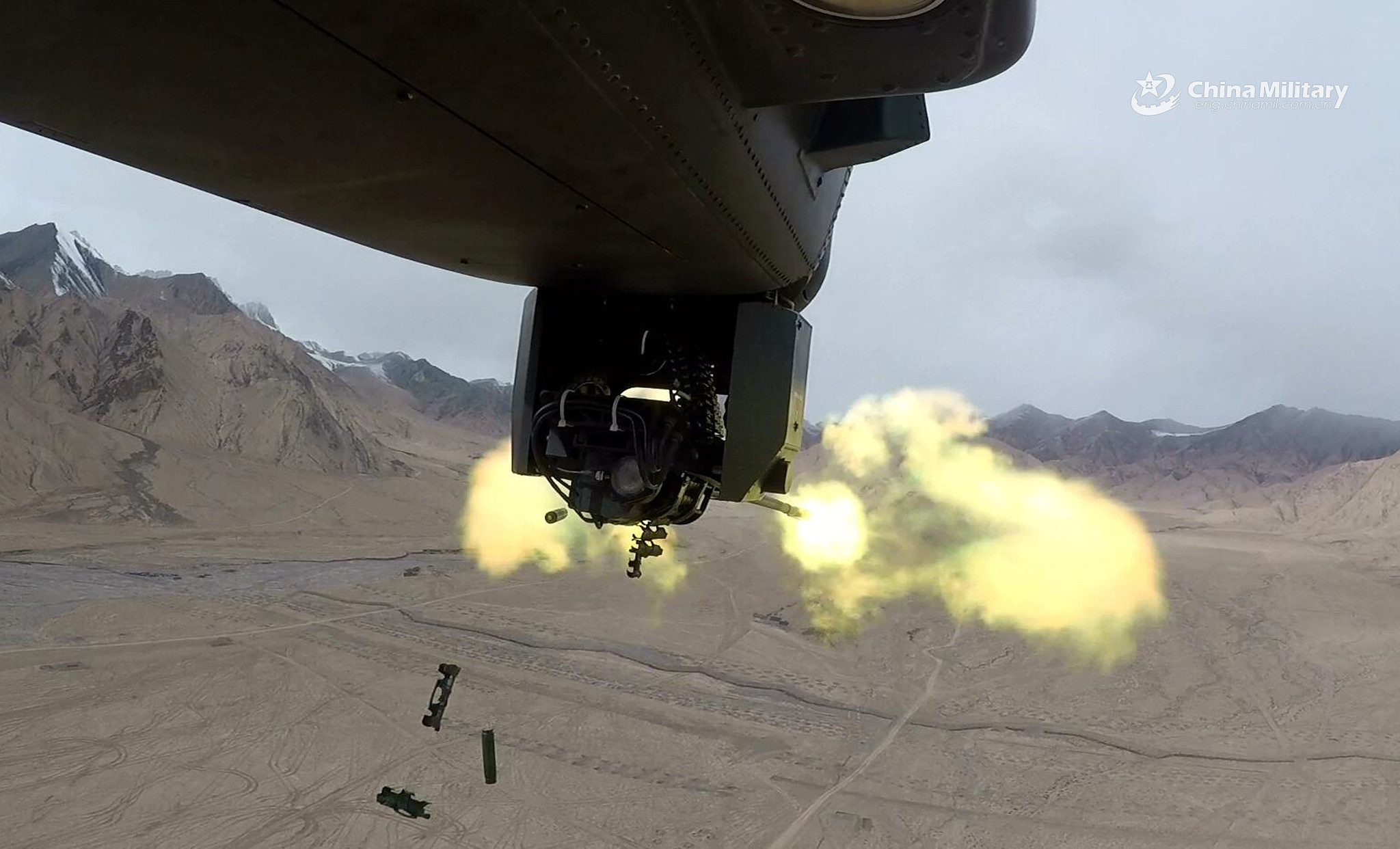 Taken from a rehearsal for the upcoming parade. Note the PNVS/TVDS and the serials. 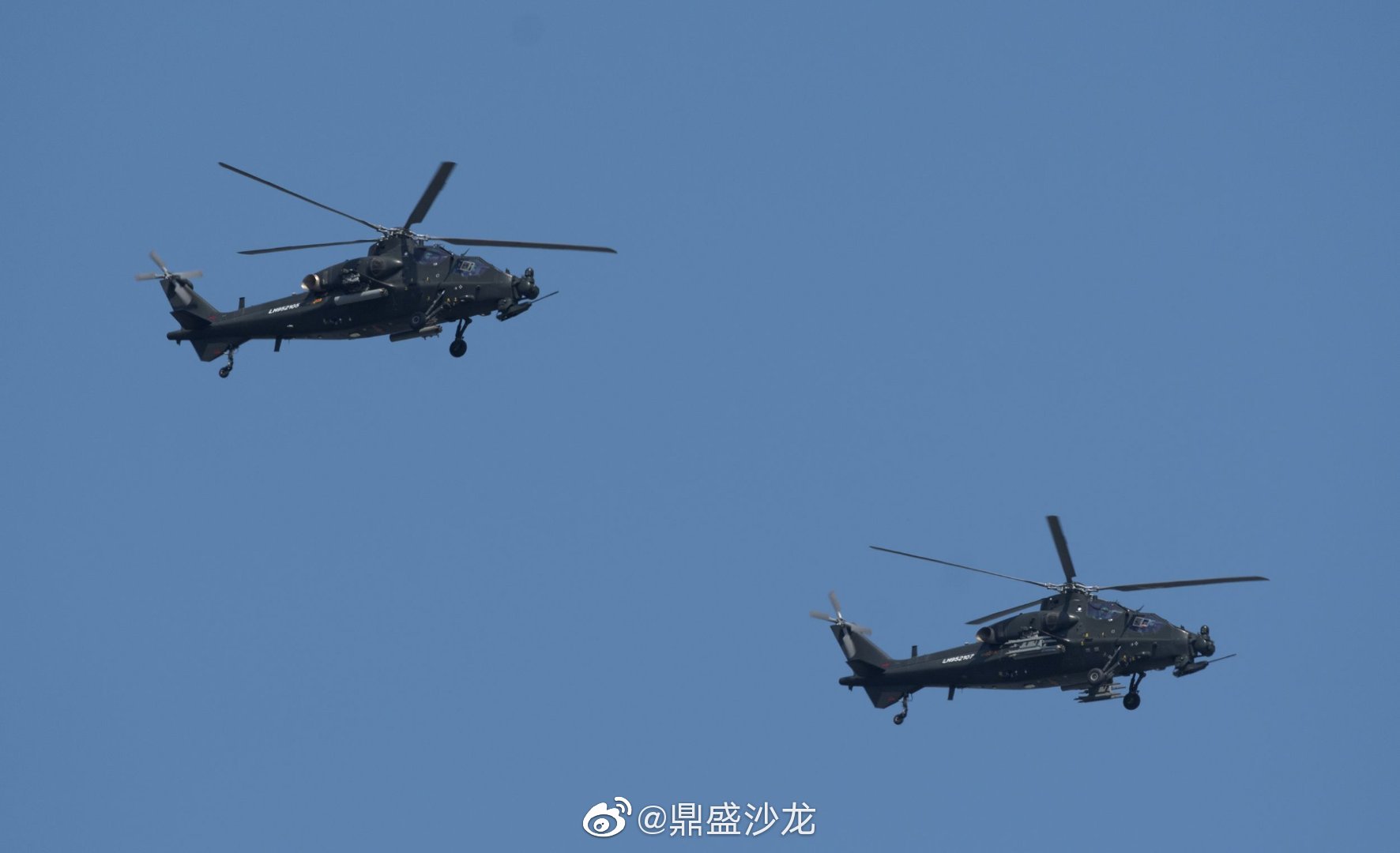 The history of Z10 development by technician who was participate in the development unfortunately no subtitle
The main content of this program: A few decades ago, for the national interest, the Chinese Army urgently needed a low-altitude weapon - a dedicated armed helicopter, and military workers who struggled to survive in the predicament have been waiting for such a moment for many years. So they came to the sound. However, the military has developed world-class three-generation tactics and technical indicators for the model. The military workers introduced imitation from a low level to independent independent research and development, which is worthy of crossing the sky, a difficult, and a bumpy road. The series of TV documentaries of "Military Memory" closely focuses on the theme of military spirit of "self-reliance, hard work, military service, dedication, glory for the country, and bravely climbing the peak", and the development of military weapons and weapons models as a narrative background. A group of military workers who witnessed or witnessed these major historical events told their personal experiences and unforgettable stories, excavated and passed on the spiritual wealth of military workers, and reflected the development process of the defense science and technology industry from scratch to weakness and from strong to strong. Great achievement. [Subscribe to CCTV Record Official Channel]
Please, Log in or Register to view URLs content! 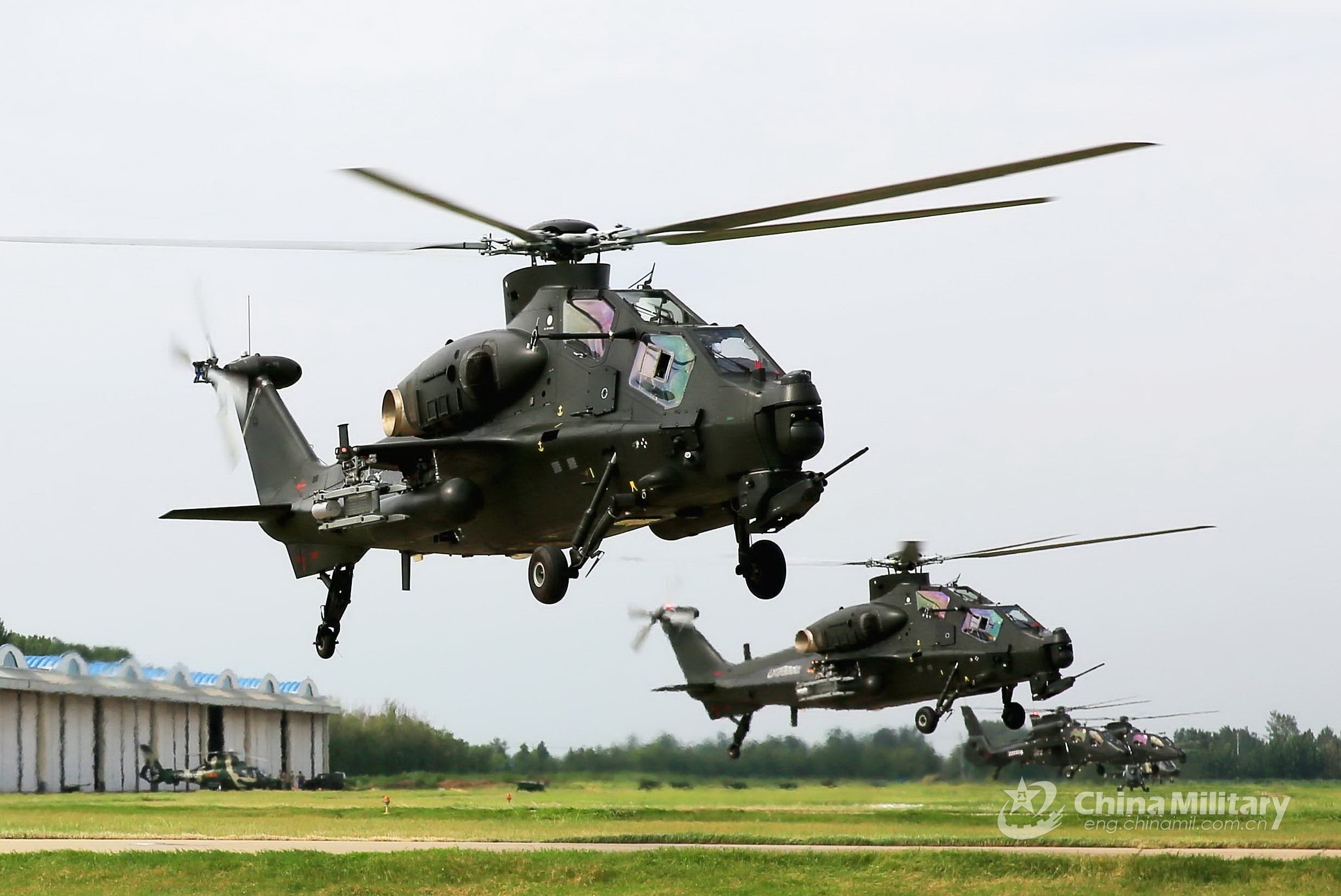 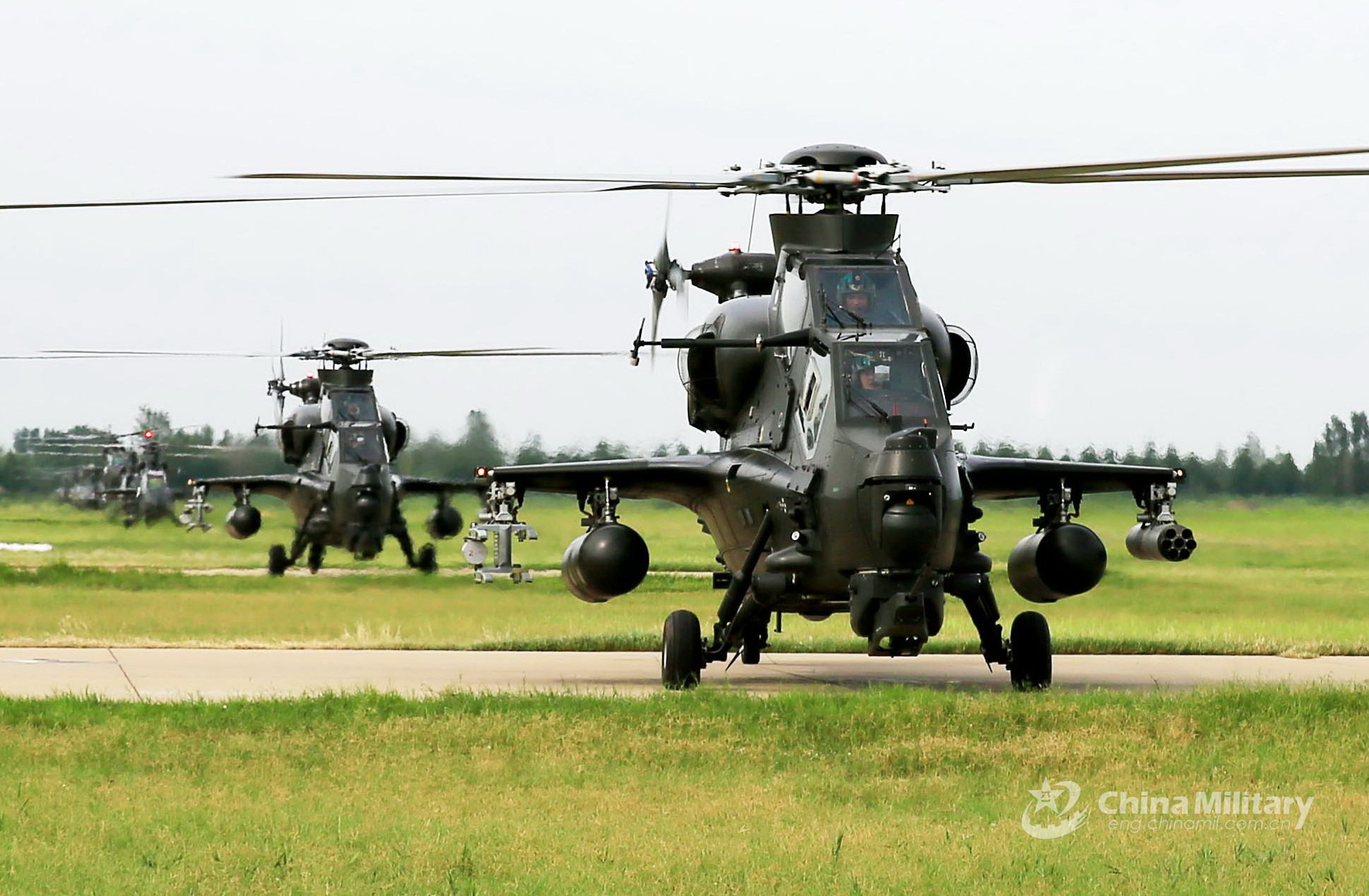 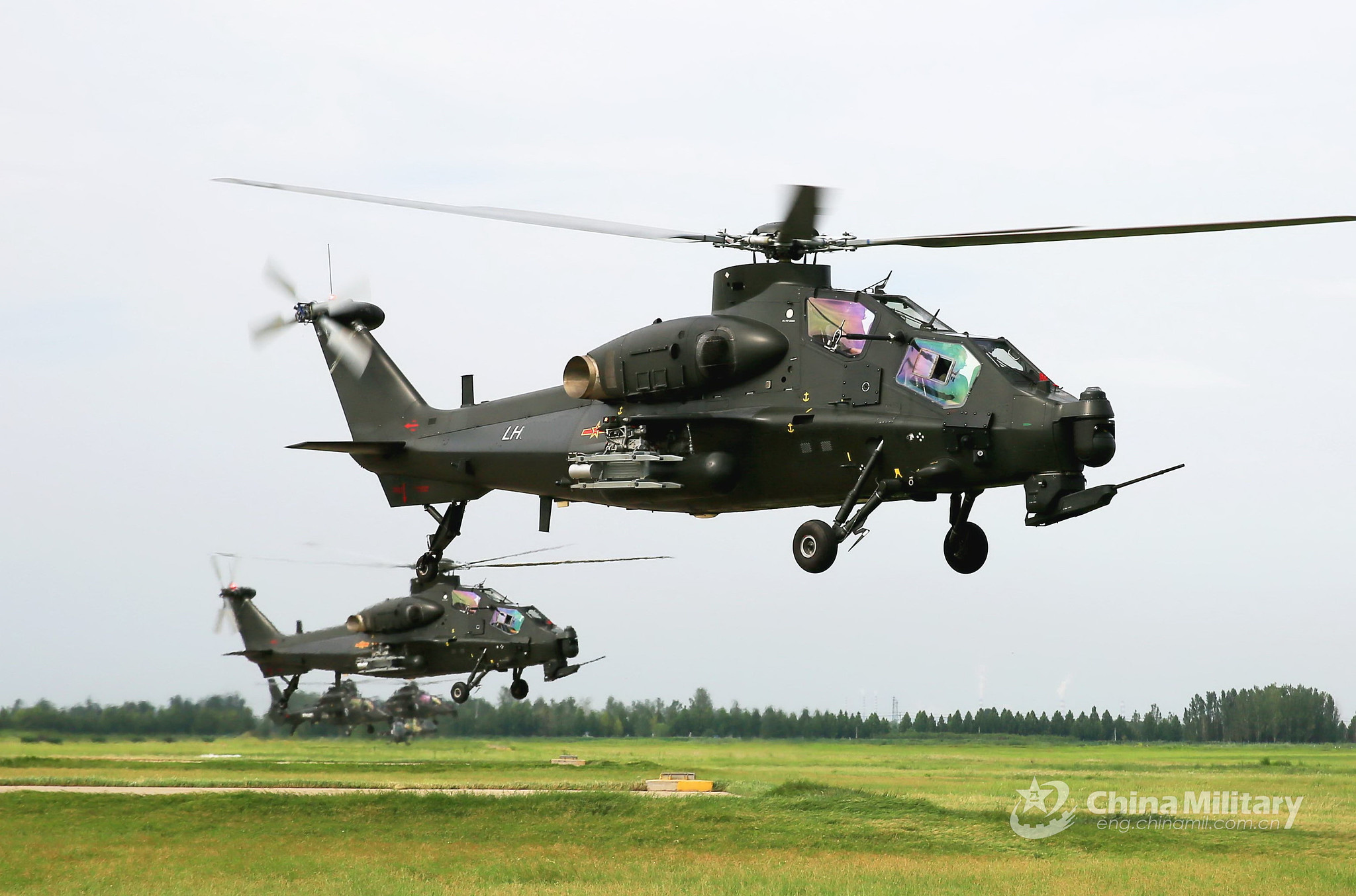 PLA Xinjiang Military Command go through pre-flight procedures prior to a live-fire flight training exercise over the northern foot area of the Tianshan Mountains on September 11, 2019.

Am I seeing this right? It looks like this Z-10 is carrying eight missiles on its pylons. I don't recall seeing such a full load before. 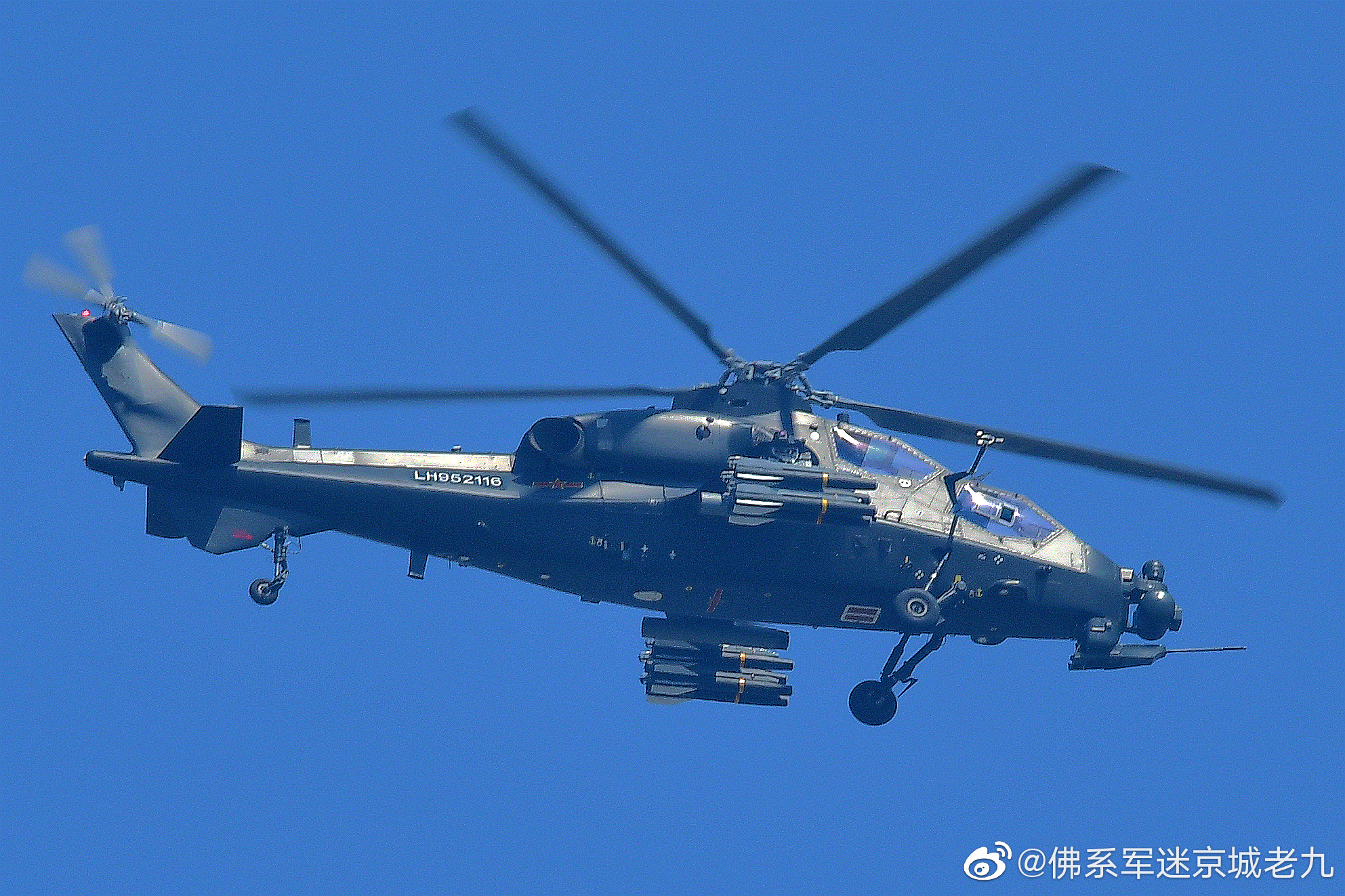 by78 said:
Am I seeing this right? It looks like this Z-10 is carrying eight missiles on its pylons. I don't recall seeing such a full load before.
Click to expand...

I am sure it was posted before. Apaches can carry double that was the usual rejoinder.
You must log in or register to reply here.