Even assuming Canada has the competency to keep up with the development institutes of the PLAN, there's no way their involvement in any shape or form would not constitute a massive breach of the laws regulating national security, official product standards and safety.
Click to expand...

I don't know where you get the idea that Canada is in competition with PLAN I put the excerpt above to show that it is an old idea. And Canada do have a thriving nuclear industry it is called CANDU program google it But unfortunately they let it wither because lack of fortitude and marketing skill

As the article said every country as their own requirement Canada has vast arctic territory but shallow water Big nuclear sub is impractical. Diesel engine sub lack the endurance
So why not combine the best of two by having hybrid

Now that PLAN adopted this concept Good for them It will give them long patrol capability in western pacific and SCS without worrying lack of fuel or detection during refueling But still need resupply of food
Last edited: May 1, 2019
G

Registered Member
Canada's nuclear industry was never quite as varied as the US's or Russia's.
They did have a quite significant nuclear industry and could even have been a nuclear power but rather unfortunately due to lack of will it never went very far.

I am unaware of small nuclear reactors which would work on a small sub like this. But then again the Kilo class and derivatives aren't exactly that small either.

There are examples of very compact nuclear reactors though. For example the US SNAP-10A satellite or the Soviet TOPAZ reactor. TOPAZ weighed 320 kg and delivered 5 kW of power.

I also think there is a possibility this might be an issue with poor translation? I have seen some cases, like with the Spanish submarine program, where they translated something like a fuel cell with a reformer as a 'reactor' for example.
Last edited: May 1, 2019

I don't think it is some one figment of imagination. I though one of the PLA procurement chief give lecture in one of University, Xian or Hebei University where he disclose that China was working exactly this kind of submarine
he even show the system flow diagram and the sketch of said submarine Maybe some one in this forum can retrieve those sketch
B

Registered Member
@Hendrik_2000 I thought you meant to suggest China should partner with Canada to build a common platform, which is simply absurd for the before listed reasons and more.

I don’t discount the idea of PLAN deciding to make hybrid submarines. It could even be more possible, given that China is highly experienced in designing state of the art SSK, but it’s full size SSNs has yet to recieve the same developmental attention. A very small SSN is closer to their comfort zone and may also be quieter than a traditional SSN.

I found the old article and her is the graphic of the sub
https://www.sinodefenceforum.com/plan-yuan-class-aip-kilo-submarine-thread.t6882/page-55

This concept is not new Canada pioneer this concept back in 70's I think they have small company in Ottawa building this small nuclear power plant but I guess like anything else they got cancelled due to insufficient fund. Instead they bought junk British submarine that end sitting in the yard most of the time and need extensive repair. It is always the case of penny wise but pound foolish

Most interestingly, Zhao described “a new unidentified 7,000-ton nuclear-powered attack submarine (SSN) that will feature a ‘new type of powerplant … new weapon system [and] electronic information system.'” A slide showed an image of the sub with a sound isolation raft and propulsor that’s apparently designed to reduce its acoustic signature. The vessel is also armed with 12 cruise missile tubes.

“This design appears to have a single hull, which would be a departure from current PLAN submarine design practice, but the 7,000 ton weight suggests it may reflect the lower-cost weight and capability balance seen in current US and British SSNs,” Fisher added.

Zhao further disclosed that China may be working on a unique low power/low pressure auxiliary nuclear power plant for electricity generation that can be fitted on conventional submarine designs.

On future destroyers, Zhao’s slides showed a ship with “a tall stealthy superstructure” with integrated electronic systems — possibly pointing to an advanced destroyer with the air defense and eventual railgun/laser weapons of the US Zumwalt-class destroyers. Zhao also mentioned the development of a new type carrier-borne fighter, ASBMs and energy weapons.

Airships to work with carriers, ASBMs

Another interesting detail from Zhao is that PLAN is developing its own “near space” long-range targeting capabilities in the form of a “stratospheric long-endurance” unmanned aerial vehicle (UAV) and a “stratospheric airship.” Fisher says the development of such aerial craft makes it likely that PLAN is developing synergies between its future ASBMs and its advanced aircraft carriers.

Fisher says it’s hard to date the lecture which may have been given in the last 2-3 years. But he noted that Zhao is a former Director of the Equipment Department of the PLAN. One online biography notes Zhao is currently a Deputy Minister of the General Armaments Department of the Science and Technology Commission and Chairman of the Navy Informatization Committee. “So he likely remains involved in Navy modernization programs,” Fisher wrote.

Fisher believes the rare insights into Chinese naval planning could have been an inadvertent leak by Zhao or a university student. At the same time, he cautioned that Zhao’s revelations might be part of a “deception exercise” on the part of China’s military to mislead Western analysts, though some details are consistent with what is known of Chinese naval programs.
S

Are there any good guesses how much power such a system should generate ?

If I'm not wrong, "normal" AIP systems generate a few hundred KW of power.
A reactor for a "normal" SSN would generate at least 5MW of usable power (shaft/electric) which would be >15MW thermal (for a rather "underpowered" SSN).

Could something like a 500KW (electric) reactor (perhaps 2MW thermal) fit these requirements ?

Depending on what they are going to use this "nuclear power pack" My guess they will use the extra power for vital and important combat system,electric utility,AC, Desalination, other than propulsion .Yeah your guess is right on the button 2 MW should be more than enough for all those electric demand

Yuan at Qingdao... All images are high-resolution. 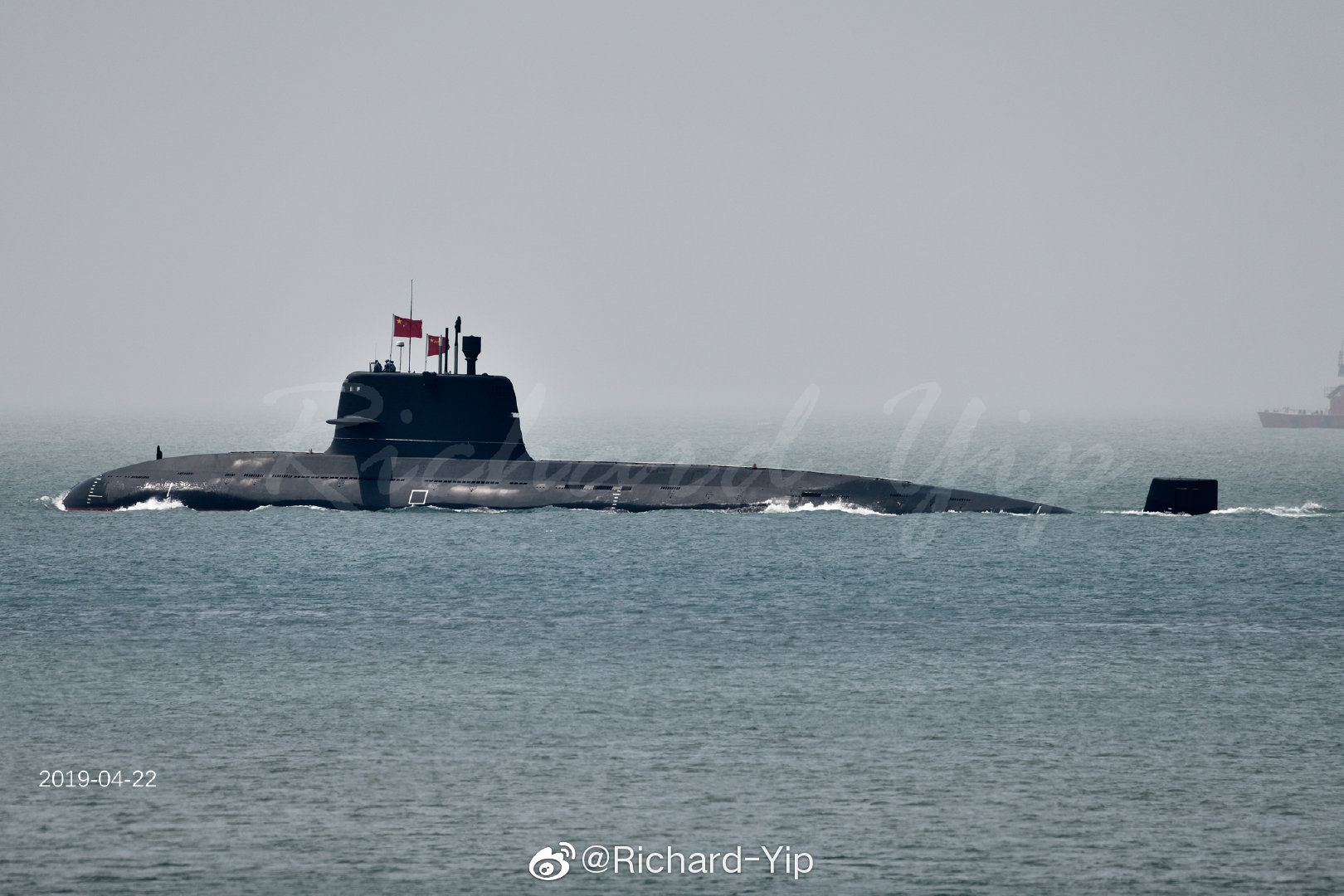 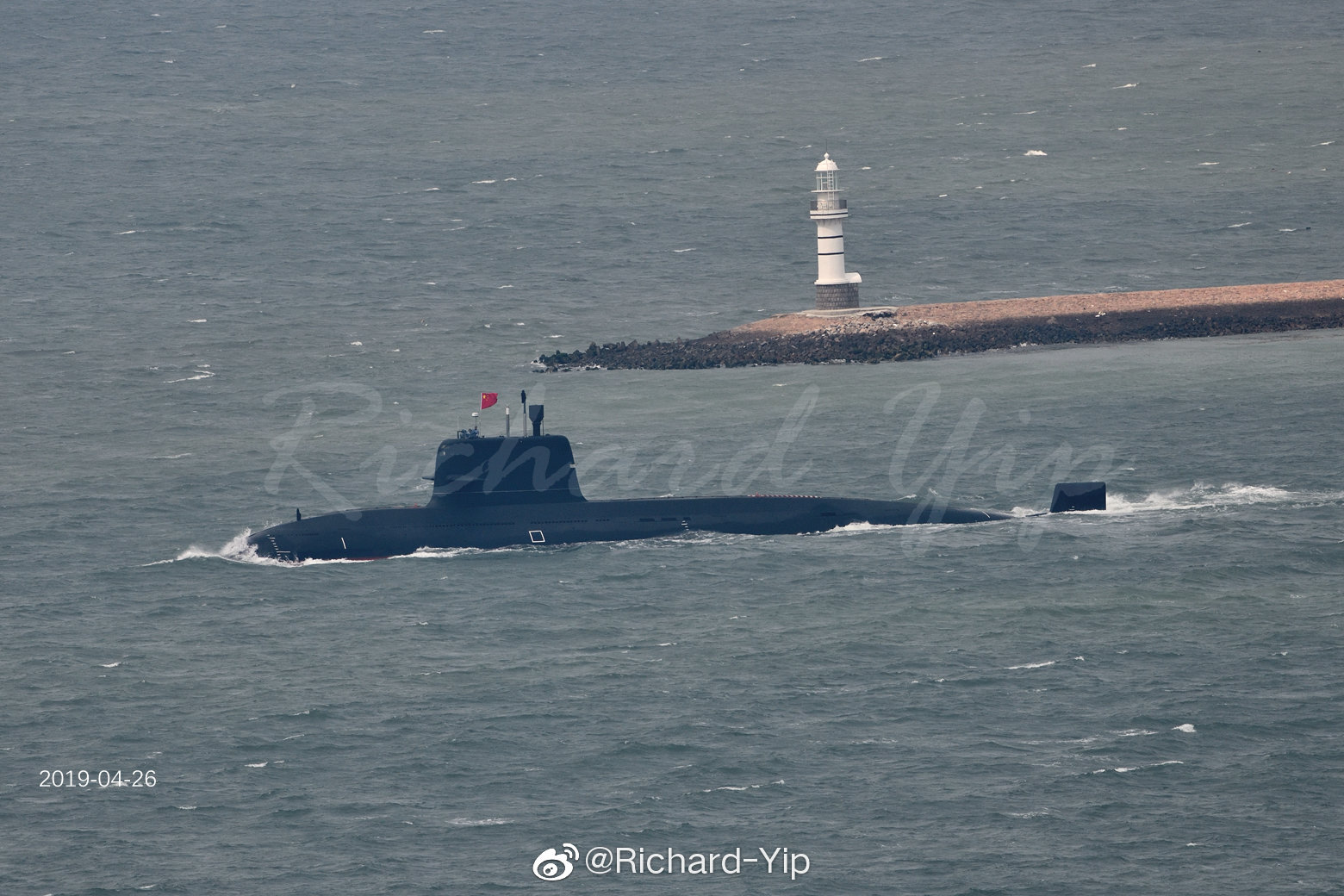 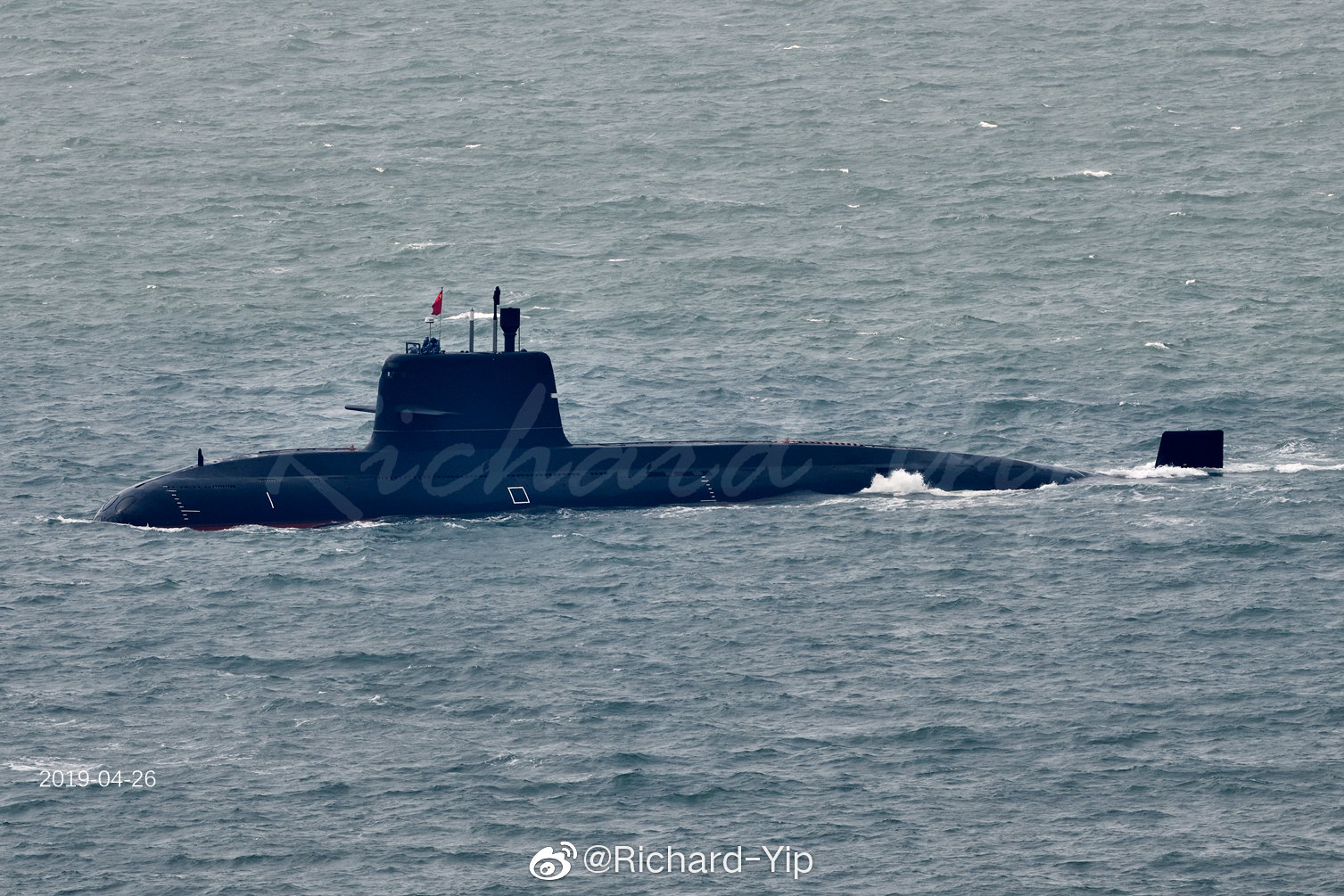 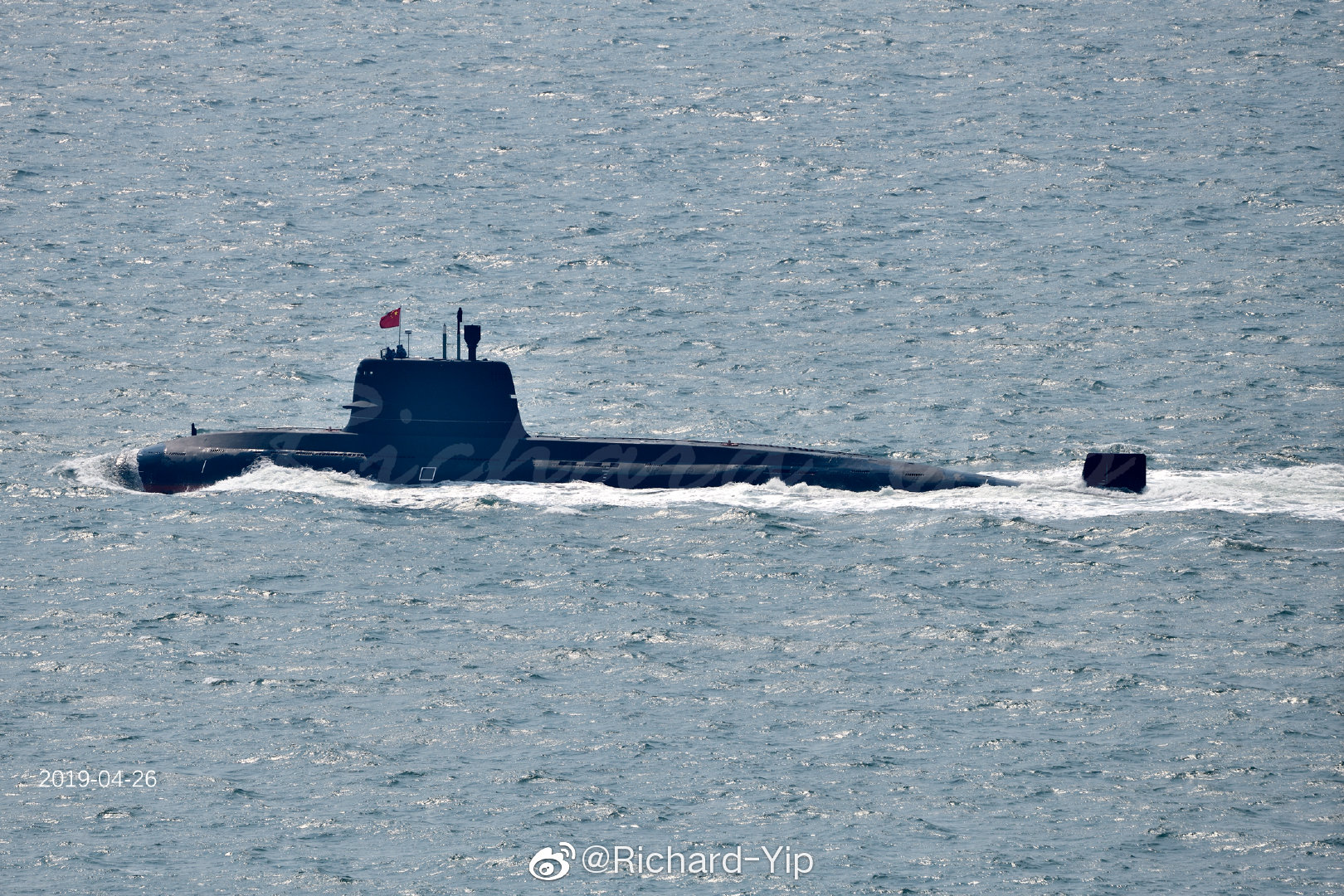 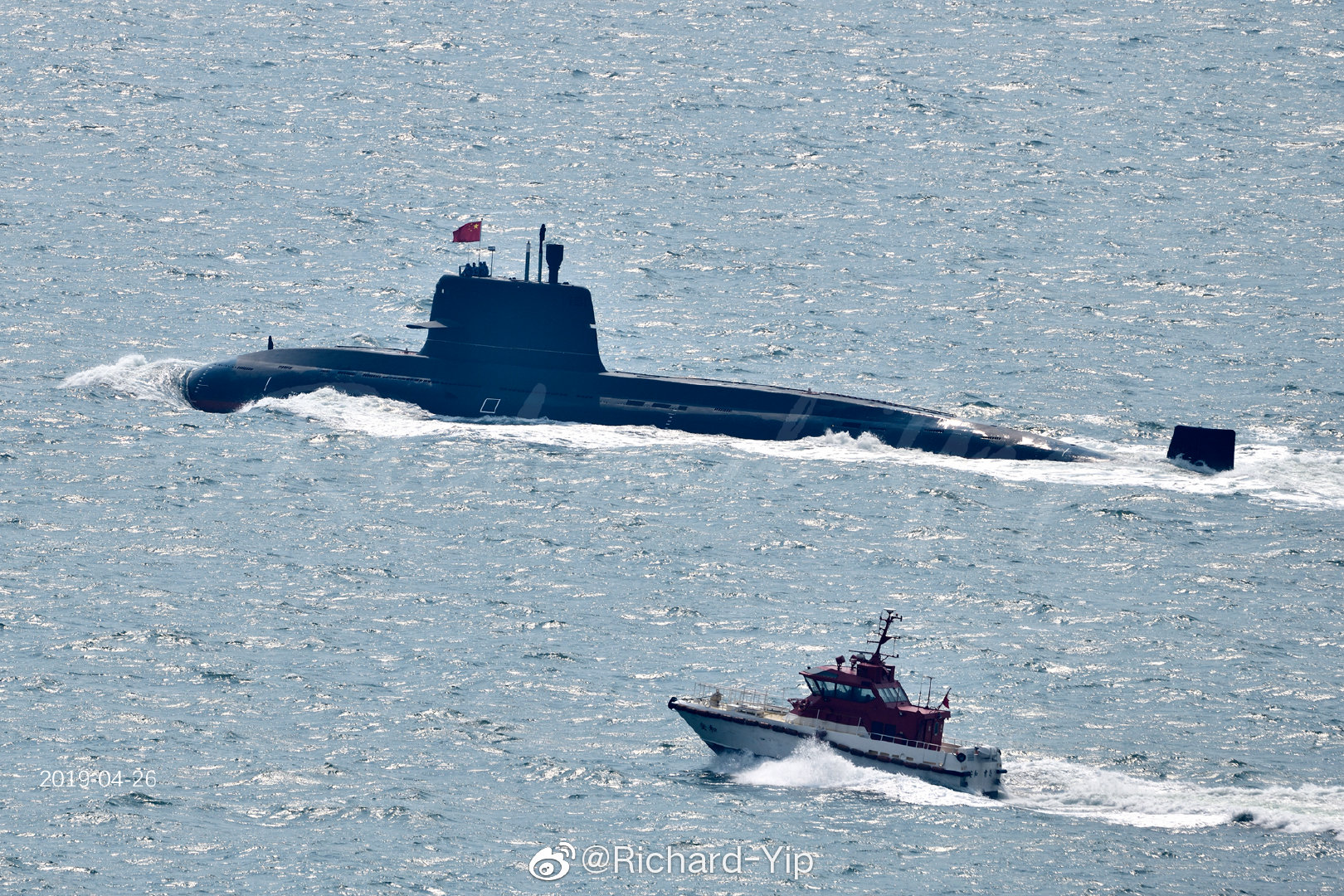 Hendrik_2000 said:
I found the old article and her is the graphic of the sub
https://www.sinodefenceforum.com/plan-yuan-class-aip-kilo-submarine-thread.t6882/page-55

This concept is not new Canada pioneer this concept back in 70's I think they have small company in Ottawa building this small nuclear power plant but I guess like anything else they got cancelled due to insufficient fund. Instead they bought junk British submarine that end sitting in the yard most of the time and need extensive repair. It is always the case of penny wise but pound foolish
....
Click to expand...

The second paragraph
Zhao further disclosed that China may be working on a unique low power/low pressure auxiliary nuclear power plant for electricity generation that can be fitted on conventional submarine designs.
You must log in or register to reply here.