and now
USAF Reveals Timeline For Buying Light Attack Aircraft It Now Says It Needed Decades Ago
Please, Log in or Register to view URLs content!

related is
The light attack aircraft competition will be down to two competitors
Please, Log in or Register to view URLs content!

Personally, I think export of turbo prop coin birds is good but the USAF needs a little more range.

"The U.S. Navy’s $122.3 billion
Please, Log in or Register to view URLs content!
program is off to an inauspicious start after faulty welding was discovered in several missile tubes destined for both the Columbia and Virginia-class programs, as well as the United Kingdom’s follow-on SSBN program."

etc.: The US Navy’s top acquisition priority stumbles out of the gate
Please, Log in or Register to view URLs content!

and now this one is much more informative:
Lockheed Martin claims both USAF hypersonic programmes

The US Air Force has selected Lockheed Martin to rapidly develop and field both new hypersonic missiles launched as a response to surprise developments in high-speed weapons by China and Russia, newly-released acquisition documents confirm.

But a new document reveals that the USAF awarded a separate deal to Lockheed’s Missiles and Fire Control division in July 2017 to rapidly develop and field the Air-launched Rapid Response Weapon (ARRW, pronounced “Arrow”).

The ARRW, now assigned the designation AGM-183A, evolves from the Tactical Boost Glide (TBG) programme launched in 2014 by the Defense Advanced Research Projects Agency (DARPA). By using a rocket to boost the missile to very high altitudes, the unpowered ARRW then glides down to lower altitudes at speeds up to Mach 20.

Although Lockheed won the $780 million ARRW contract more than a year ago, the USAF was forced to re-open the competition this summer. The original deal was structured as an extension to a DARPA contract for TBG. The USAF later decided to restructure the terms using the service’s own acquisition process. That decision, however, required the USAF to re-consider the two bidders that had already been disqualified under the DARPA programme.

Boeing had been out of DARPA’s TBG programme since 2015 and Raytheon was cut after 2016, but both companies responded to the USAF’s latest call for information in July.

Neither of their responses, however, met the USAF’s requirements for ARRW. Indeed, Boeing presented an hypersonic design that flew a ballistic re-entry trajectory, rather than a glide profile as required, the USAF document says. Boeing’s design also proposed different propulsion systems for development and production versions of the weapon, which the USAF dismissed for adding too much risk. Raytheon Missile Systems submitted a compliant boost-glide concept, but the USAF criticised the proposal for lacking details about the effort required to field a flight-qualified weapon.

Lockheed’s concept — resubmitted a year after winning the original contract — was unsurprisingly far more detailed and technically compliant with the ARRW requirement, the USAF says. Moreover, Lockheed has worked with suppliers to prepare to meet the “required production rate at 36 months after contract award”, the USAF says.

Both ARRW and HCSW have come to light as the Department of Defense scrambles to respond to breakthroughs in hypersonic testing reported by China and Russia since 2016. Most recently, state media reported on 5 August that a hypersonic waverider vehicle — similar in concept to the Boeing X-51 demonstrator — completed a successful test in northwestern China at the end of last week. In February, Russian president Vladimir Putin revealed the existence of the Kinzhal (“Dagger”) missile, which is capable of hypersonic speed upon launch from a MiG-31.

Lockheed’s hypersonic experts now form the thrust of the US response to the Chinese and Russian developments. Although the contract awards went to the company’s operating divisions, the Skunk Works advanced prototyping and development organisation is heavily involved in designing and producing the new vehicles.
Click to expand...

BWX Technologies, Inc. (BWXT), a subcontractor to General Dynamics Electric Boat (GDEB), identified a welding issue on subcontracted missile tubes that have been delivered to GDEB for use in the U.S. Columbia and UK Dreadnought SSBN programs and payload tubes being manufactured for the Virginia-class SSN program.

The issue concerned non-destructive testing (NDT) affecting BWXT missile tubes and payload tubes. The Navy/GDEB team is working to bound the scope of the problem and engineering assessments are ongoing to assess and determine remediation for the identified issues. BWXT is one of three vendors providing missile tubes for the Columbia/Dreadnought programs and one of two vendors for the Virginia program. All BWXT welding requiring volumetric inspection has been halted until the investigation is complete. Initial reports indicate that the other vendors do not have the same issue, and they continue to produce missile and payload tubes.

Some of the affected BWXT missile tubes have been delivered to the builder’s yard and are in various stages of outfitting but have not been installed on any submarines. The Navy is closely overseeing GDEB’s efforts to define, scope, and mitigate any potential impact to the schedule of all programs. The Navy is working aggressively with the shipbuilder to mitigate any resulting schedule impacts associated with resolution of this issue, and working with the UK to ensure commitments made under the Polaris sales agreement are met.

The U.S. Navy and the submarine force have a long tradition of safety and quality and will take the time necessary to ensure Columbia, Virginia and components for the UK Dreadnought are constructed to the highest standards. Safety is central to the culture of our entire Navy submarine community, including designers, builders, maintainers, and operators. The SUBSAFE program infuses the submarine Navy with safety requirements of uniformity, clarity, focus, and accountability. The Navy purposely planned for early construction of the Common Missile Compartment including missile tubes and first article quad pack, to mitigate risks such as these, and construction start for Columbia remains on schedule in FY2021. The Navy is working closely with the UK to evaluate impacts to Dreadnought.

The Navy has not formally accepted delivery of the missile tubes, as they will ultimately be accepted prior to shipment to the UK or at USS Columbia delivery.

The Navy is assessing the potential impact to schedules for the Virginia-class submarines with the Virginia Payload Module (SSN 803 and future ships, beginning in Block V).

BWXT is under contract with GDEB for 26 missile tubes and three Virginia Payload Module (VPM) payload tubes, which are in various stages of completion.

Seven of the affected BWXT missile tubes have been delivered to the builder’s yard and are in various stages of outfitting prior to installing the tubes into the submarine hull. Other missile tubes in progress at BWXT (five total) are also in question. The Virginia Payload Tubes are in the manufacturing process at BWXT. The Navy and GDEB are currently in the process of determining next steps (further inspections, re-work/replacement, etc.).

Impacts to the delivery of missile tubes to the UK will be assessed upon completion of GDEB’s efforts to define and scope next steps.
Click to expand...

I'm not going to bother anymore with reposting texts as nobody reads anything
Click to expand...

Spencer said that as he dove into his job last year he “did not have a full appreciation of the readiness hole, how deep it was, how wide it was.”
:
Posted: August 8, 2018

America's top nuclear commander: Russia and China can't be our friends if they're developing weapons we can't deter

America's top nuclear commander warned Tuesday that Russia and China are not "friends" of the United States, while the two nations sprint to develop hypersonic weapons a threat, the United States currently cannot defend against.
"You can't call them [Russia and China] our friends if they're building weapons that can destroy the United States of America," U.S. Air Force Gen. John Hyten said.
Hyten added that the Pentagon has nearly a dozen programs tasked with developing and defending against the new breed of weapons.

America's top nuclear commander warned Tuesday that Russia and China are not "our friends" as Moscow and Beijing sprint to develop hypersonic weapons, a threat the United States currently cannot defend against.

"You can't call them [Russia and China] our friends if they're building weapons that can destroy the United States of America and, therefore, we have to develop the capability to respond," Air Force Gen. John Hyten, commander of U.S. Strategic Command said at the Space and Missile Defense Symposium in Huntsville, Alabama.

Hyten added that the Pentagon has nearly a dozen programs tasked with developing and defending against the new breed of weapons.

"I always wish we started [working on hypersonics] five years ago or 10 years ago because then we wouldn't be worried ... but we didn't so we have to step up now, and we are," he said.

The Pentagon awarded Lockheed Martin a $928 million U.S. Air Force contract in April for an undefined number of hypersonic strike weapons. Per the multimillion-dollar contract, Lockheed will be responsible for designing, engineering, weapon integration and logistical support.

Read more: Russia and China are 'aggressively developing' hypersonic weapons — here's what they are and why the US can't defend against them

Hyten's warning also comes as the U.S. is embroiled in an escalating trade conflict with China and as the national security community warns that Russia is continuing to attack America's elections.

Hyten, who has previously called Russia the "most significant threat" to the U.S., recently described a grim scenario for American forces facing off against hypersonic weapons earlier this year.

"We don't have any defense that could deny the employment of such a weapon against us," Hyten told the Senate Armed Services Committee in March.

"Both Russia and China are aggressively pursuing hypersonic capabilities," he said then. "We've watched them test those capabilities."

Hyten's comments came on the heels of Russian President Vladimir Putin's boasts about new nuclear and hypersonic weapons, which he described as "invincible" during a state of the nation address.

"I want to tell all those who have fueled the arms race over the last 15 years, sought to win unilateral advantages over Russia, introduced unlawful sanctions aimed to contain our country's development: You have failed to contain Russia," Putin said during his address.

Of the six weapons Putin debuted in March, CNBC has learned that two of them will be ready for war by 2020, according to sources with direct knowledge of U.S. intelligence reports.

And while Hyten, who hails from Huntsville, has warned in the past of Russia's pursuit of hypersonics, he downplayed Putin's capabilities on Tuesday.

"What Putin talked about in his March press conference right before the election in Russia, all of the capabilities like hypersonics, nuclear torpedoes, nuclear cruise missiles, all that kind of stuff," he said. "Guess what? He still can't find our submarines, he still can't take out 400 missile fields across the country, he still can't do anything about those so our deterrent capability is still unquestioned, unchallenged and can dominate and can respond to any threat."

Hyten's comments reflect national security assessments that Moscow's military might may not be all that Russia's government makes it out to be. Notably, the Russian economy does not have the wherewithal to compete with the colossal U.S. defense budget.

"We are the dominant military power on the planet in every domain and everybody understands that," Hyten said.
Click to expand...

so basically the US can develop any system that can destroy any countries ... and no other countries not allowed to develop any weapon that can threaten the US ... hahhahahahah 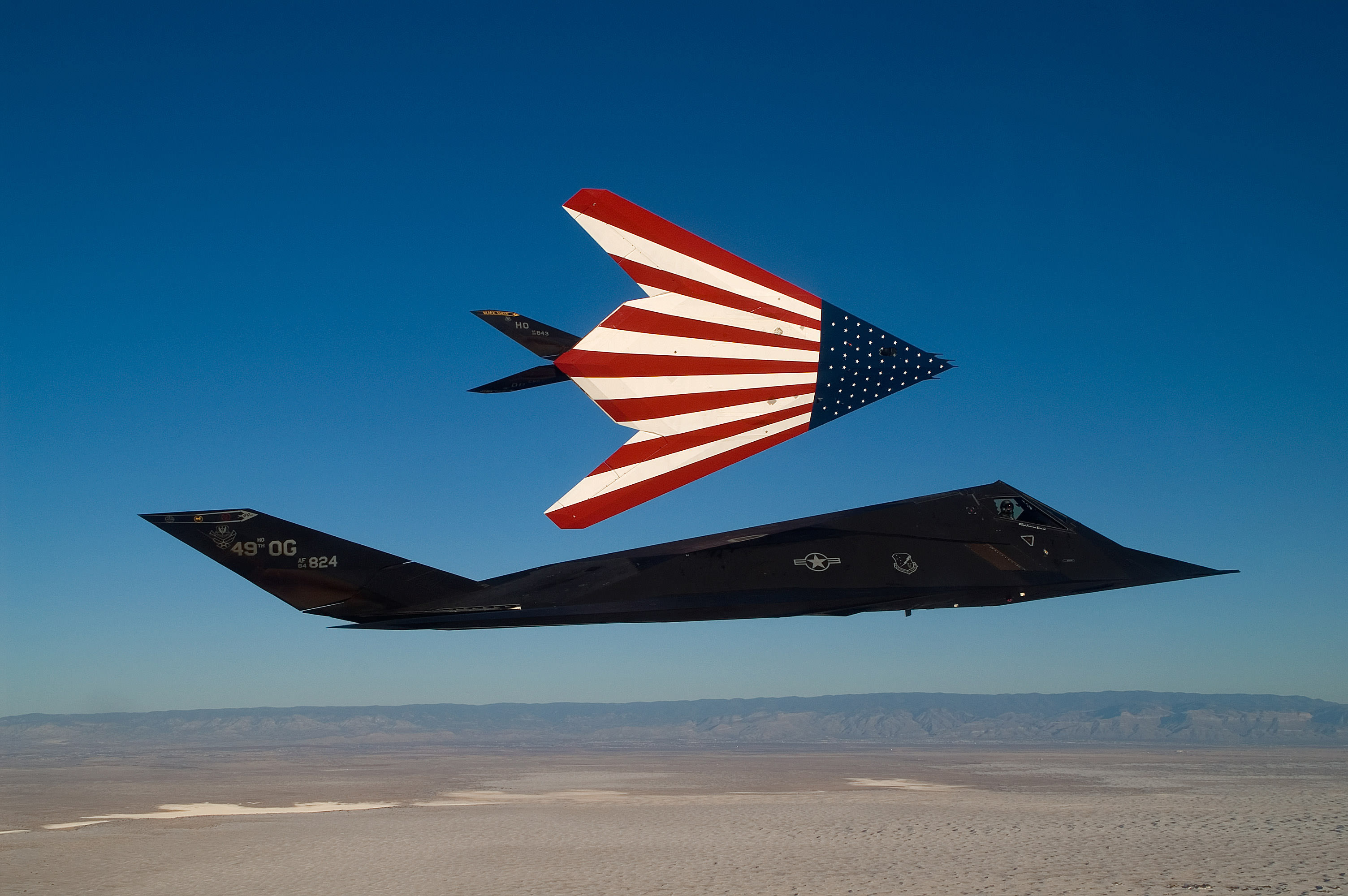 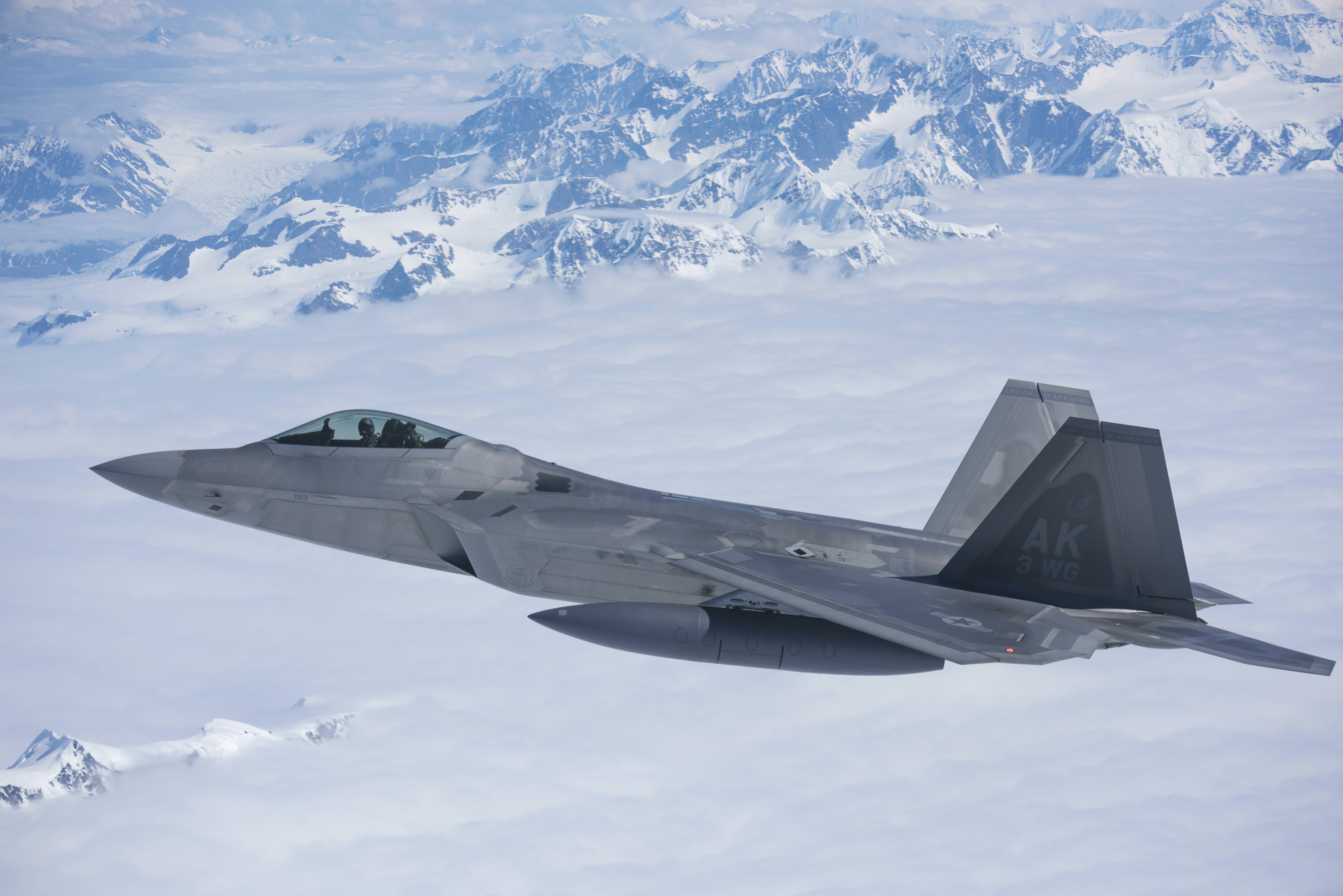